In some ways, goalkeepers are to football teams what drummers are to bands. They are the forgotten characters, keeping things ticking over whilst not really getting much of the credit. They are also the ones that tend to act on their own, working in isolation for much of the time yet still part of the overall process. As with drummers, when goalkeepers do things properly they barely get noticed, but when something goes wrong it is fairly easy to spot whose fault it was. No wonder both positions tend to attract the weirdos.

The very reason they’re not often discussed is also why there are some rules that are applicable to them that you might not even know existed. Whilst the general rules of football still apply to ‘keepers, there are also extra rules that only apply to them, put in place because of the uniqueness of the position. The fact that they are allowed to use their hands already sees them stand out from the rest of the players on the pitch, resulting in rules being made for them that nobody else has to worry about. Here’s a look at some of them. 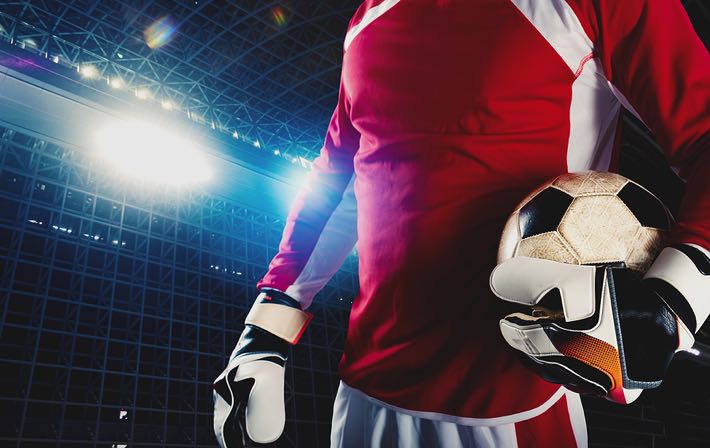 For goalkeepers, the rules have constantly been changed and amended. Until the early part of the 1960s, for example, they were allowed to spend as long with the ball as they wanted, wasting time by simply walking around the box with it. There was an attempt to outlaw such a practice by introducing a four-step rule, meaning that they could only take four steps before needing to release the ball. There was a loophole, however, which came in the form of them dropping the ball after four step and then just picking it back up again.

Teams also tried to waste time by passing the ball back to the goalkeeper and having him pick it up. The back-pass rule stopped such a practice, outlawing the ability to pick the ball up after having dropped it within the same rule in 1992. Of course, goalkeepers could still waste time by not moving at all, holding onto the ball for as long as they wanted. So it was that IFAB decided to introduce the six second rule, which became law in football in 1998 and said that goalkeepers had to release the ball after having held it for six seconds.

Punishment for Holding onto the Ball for Too Long

A year before it was introduced, the FIFA website asked, “Has the International Football Association Board fired the definitive shot across the bows of the goalkeepers in this intriguing battle against time-wasting?” The fact that most people don’t think that the rule even exists any more would suggest not. Yet the rule is still in existence for football matches, even though it is relatively misunderstood by most fans of the sport. In theory, a goalkeeper holding onto the ball for more than six seconds will be punished by the awarding of an indirect free-kick to the opposition.

That is what happened to Erin McLeod, the Canadian goalkeeper, at the 2012 Olympic Games. Even so, it is rarely put in place by match referees, largely because it principally exists as a deterred. As a result, referees mainly only use it if they feel that they have no other choice, having seen a goalkeeper repeatedly take advantage of the leniency that they’ve shown. In 2015, for example, Simon Mignolet, the then-Liverpool goalkeeper, held the ball for nearly 20 seconds during a Europa League game against Bordeaux at Anfield.

Ironically, former Liverpool forward, Luis Suarez, used to make a point of counting how long goalkeepers had been holding onto the ball for in a demonstrative manner that referees struggled to ignore. He would stand close to the box and count out each second on his finger, putting pressure on the goalkeeper to release the ball and the referee to enforce Law 12.2. It should encourage goalkeepers to display better habits, but watching sides lower down the division waste time repeatedly suggests that’s not the case.

There Always Needs to Be a Goalkeeper for Each Team

In some ways, this rule seems quite obviously. Given the fact that each team has a goalkeeper as part of the starting eleven, it makes sense that they need to have one on the pitch throughout the 90 minutes of a match. Yet you might wonder what happens if one gets injured during play and there either aren’t any substitutions left for the team that they play for or else they don’t have a goalkeeper left on the bench. If this were to happen, you might wonder whether the team can just play on without a goalkeeper, but no.

In instances where there isn’t an actual goalkeeper on the pitch, an outfield player has to take on the role of the goalkeeper in order to fulfil the obligation to always have someone in that role in each team. Goalkeepers are allowed to go wherever they want, so they aren’t confined to their area, but there has to be someone nominally playing that part for the team. It is also worth pointing out that, whilst they can go anywhere on the pitch, they aren’t allowed to handle the ball outside of the penalty area. 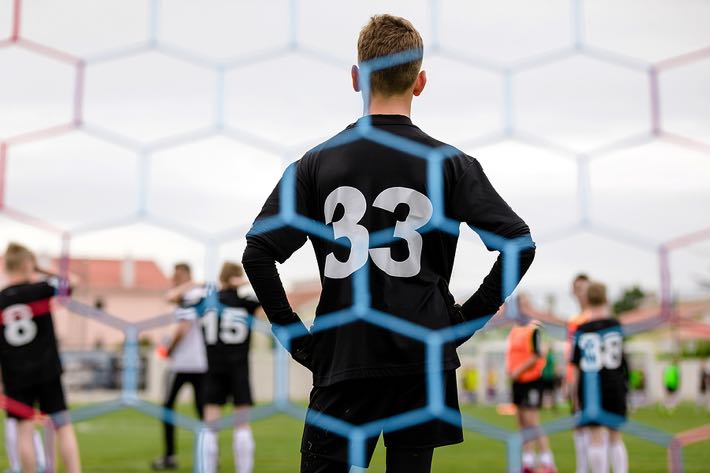 When a penalty has been awarded, the goalkeeper needs to ensure that some part of their body is on the goal-line until the penalty taker has kicked the ball. The rest of the players on both teams have to be at least ten yards from the penalty spot, with only the taker and the goalkeeper allowed inside the box until the ball has been struck. ‘Keepers can move from side to side and can jump up and down, but they aren’t allowed to move forwards towards the ball until the kick has been taken. Nowadays, VAR is used to make sure of this.

If a referee, their assistant or the Video Assistant Referee spots that a goalkeeper has moved off their line before the ball has been touched by the penalty taker, the penalty will be ordered to be re-taken if it is saved or the kicker of the ball misses the target. If the penalty is scored, of course, then the match referee is likely to just give the goal. Goalkeepers themselves are allowed to take penalties, though this only usually happens during a shoot-out because of the risk of the opposition team scoring a goal during a counter-attack.

Theoretically, there is nothing against a goalkeeper heading to the byline and taking a throw-in after one has been awarded to their team. Indeed, there is an argument that this might be the right thing to do, given the fact that they know how to use their arms to throw things and can get a good grip on the ball as they’re allowed to wear their gloves whilst taking said throw. Of course, as with goalkeepers taking penalties, asking them to do so leaves the team open to a counter-attack situation, with them out of position.

One thing that goalkeepers are not allowed to do, though, is to handle the ball if one of their teammates has thrown it back to them. This was introduced as a rule a year after the back-pass was outlawed, for the same sort of reasons. It was hoped that it would discourage time-wasting and make a team think carefully before kicking the ball back to the person between the sticks. They are allowed to control a throw-in with their feet, but would have an indirect free-kick awarded against them if their hands touched the ball. 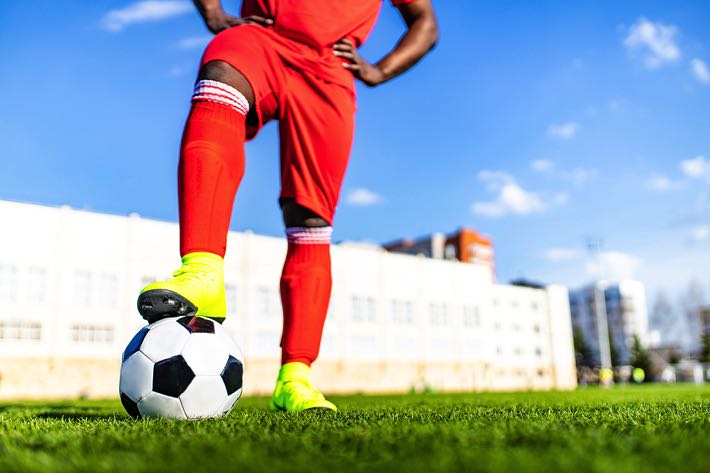 In days of yore, it was always the case that the ball needed to leave the 18-yard box when a goalkeeper took a goal kick in order for the ball to be considered back in play. That is no longer the case, however, which has had an interesting impact on football matches. Teams that like to play out from the back can now do so by having the goalkeeper kick the ball to one of their teammates, usually a defender, and have them progress the play upfield from there. It reduces the necessity to pump the ball long down the field.

Of course, all rule changes have consequences and it is just as true for this one as for any other. It is now possible, for example, for a striker to score a goal if the ‘keeper mis-kicks the ball and it fails to leave the 18-yard box. Previously, such a goal would have been disallowed because of the 18-yard box rule, but now it stands. Equally, a team looking for play it short may come under pressure from the opposition, who will be allowed to enter the penalty area once the ball has been kicked even if it is still in the 18-yard box.

Goalkeepers Can Score with Their Feet, But Not Their Hands

One of the main rules of football is that no player is allowed to score a goal with their hands. Though Diego Maradona might disagree, the reality is that his infamous ‘Hand of God’ goal would not have stood in the age of the Video Assistant Referee. This rule applies to goalkeepers just as much as it does to outfield players, but there are obviously more opportunities for goalkeepers to use their hands than outfield players. Other than taking a throw-in, from which goals can’t be scored directly, outfield players can’t legally use their hands.

What it means, of course, is that a goalkeeper can’t throw the ball out from their own penalty area and score a goal if it travels the entire length of the pitch. This doesn’t mean that hands can’t be involved during any other part of the process, of course, such as when a goalkeeper drops the ball out of their hand and then kicks it down the pitch. If they were to score a goal from such a drop-kick scenario, this would be legal and would stand. Equally, a ball kicked right down the pitch from a goal kick, say, that found the back of the net would stand.

There is nothing to stop goalkeepers from scoring goals as long as their hands weren’t involved as the last body part to touch the ball, or provided their hand wasn’t used illegally outside of the penalty box before they scored. During the 2020-2021 season, for example, the Liverpool goalkeeper Alisson Becker, presumably keen to make amends for what Simon Mignolet had done years before, came up for a corner kick at the end of a match between the Merseyside club and West Bromwich Albion, scoring a glorious header to win the match.

Alisson isn’t the only goalkeeper to score a goal over the years, of course. It was the spectacular nature of his goal that made it stand out. Other goals have been scored in odd fashion as well as interesting ones, often involving a strong wind causing the ball to travel further down the pitch than was initially intended. If an opposition goalkeeper is out of position, the ball can then be carried over their heads and into the back of the net. Again, provided it has not touched their hand directly before going in the net, it will be legal.

Previous Post: « What Does the Phrase “Cards Speak” Mean in Poker?
Next Post: Lottery Near Misses: The Unlucky Players Who Missed Out on Millions »