Mention the name of Gary Lineker to practically anyone in the United Kingdom and they’ll have an opinion on him. Whether it be because of his days as a professional footballer, his time as host of Match of the Day or simply due to his Twitter battles with Piers Morgan, Lineker’s is a name that virtually everyone will recognise. Even if they don’t know the name, they’ll know his face thanks to his appearance on crisp adverts.

It is entirely fair to say that Gary Lineker’s career has been a remarkable one. He was known as being a ‘gentleman’ of football, with the image of him grimacing towards the bench when Paul Gascoigne bust into tears in the semi-final of the World Cup in 1990 being an iconic one. How did he go from playing for the likes of Everton and Tottenham Hotspur to becoming the face of a game show?

The Start of His Footballing Career

Whilst Gary Lineker is undoubtedly proud of the career that he’s made for himself since retiring as a footballer, there’s no doubt that he still considers himself a former player of the beautiful game first and foremost. Gary Winston Lineker was born in Leicester on the 30th of November in 1960. The son of Margaret and Barry, his middle name was given as an homage to Winston Churchill, who he was born on the same date as.

He regularly helped his dad out at his fruit and veg store in Leicester Market, moving from Caldecote Road School to the City of Leicester Boys’ Grammar School. This was because he preferred playing football to rugby, though he was also a talented cricketer. During his formative years, he believed he’d have more chance making it as a cricketer and emulating his teenage hero, David Gower.

When he left school in 1977, Lineker joined his hometown club of Leicester City. He turned professional during the 1978-1979 season, getting his debut for the senior team on New Year’s Day 1979 against Oldham Athletic. He began to make a name for himself when he scored 19 goals in all competitions during the 1981-1982 campaign, then 26 times in the Second Division the season after.

In the 1983-1984 season, Lineker was the second-highest scorer in the First Division and became the joint-top scorer the season after that. This meant that clubs at the top of the division began to notice him and take him seriously, meaning that a move away from Leicester City’s Filbert Street ground was all but inevitable. He was a player that deserved to playing at the highest level, with a move to Merseyside on the cards.

His Days at Goodison Park

In the summer of 1985, Leicester City accepted an offer of £800,000 from Everton for the signature of Gary Lineker. It proved to be a veritable bargain when he scored 40 goals in 57 goals for the Merseyside club during the 1985-1986 campaign. The season started in amusing fashion for him when Everton played Leicester at Filbert Street and Lineker mistakenly walked into the home team’s dressing room at half-time.

Everton finished second in the division that season, with Lineker being the top-scorer. They also made it to the final of the FA Cup, only to lose to local rivals Liverpool, in spite of the fact that Linker had given them a 1-0 lead. Lineker scored three hat-tricks for Everton that season, but it they missed out on a double to their neighbours, who beat them to the league title by two points in addition to that FA Cup win.

It shows just how good that Liverpool side was that Lineker has always insisted that the Everton team that missed out on the FA Cup and First Division title was ‘the best club side’ that he ever played for. He went off to the 1986 World Cup in Mexico and won the Golden Boot, which was enough to catch the eye of the powers that be at Spanish club Barcelona. His time on Merseyside was short-lived, but influential.

In the summer of 1986, Lineker moved to Barcelona in a deal that was worth £2.8 million. He linked up with former Manchester United striker Mark Hughes under the management of Terry Venables. His move to the continent also meant that Lineker could play in the European Cup for the first time, having never had the chance with Leicester City and not being able to with Everton because of the ban on English clubs in the wake of the Heysel Stadium disaster.

He scored twice against Racing Santander on his Barcelona debut, carrying on where he’d left off at the World Cup. He scored a hat-trick in Barca’s match against arch-rivals Real Madrid, endearing him to the crowd at the Camp Nou. During his time in Spain, Barcelona won the Copa del Rey and the European Cup Winners’ Cup, whilst Lineker himself scored 42 goals in 103 games in La Liga.

Having become the highest scoring British player in the Spanish top-flight at the time, Lineker’s stay in Barcelona ended when he was signed by Tottenham Hotspur in July of 1989. The Spanish side were happy to let him go because new manager Johan Cruyff wanted to play him on the righthand side of midfield, which wasn’t his forte. Instead, he moved to White Hart Lane, declining the option to sign for Manchester United.

Scoring 67 goals in 105 league games and winning the FA Cup during his time with Spurs, Lineker once again proved his mettle when he finished as top-scorer in the First Division. On the way to the FA Cup final, Lineker scored twice against Tottenham’s North London rivals Arsenal in the semi-final. His career was reaching its end, so he opted for one last big-money move to fill his coffers.

In November of 1991, Nagoya Grampus Eight made an offer of £2 million to take Gary Lineker from North London to Japan in order to play in the J1 League. He scored his final goal in England against Manchester United before heading off to Japan, where his time as a professional footballer reached its conclusion. He could have signed for ambitious Second Division side Blackburn Rovers before the move, but declined to do so.

His time in Japan was injury-hit, meaning that he was able to make just 23 appearances for Nagoya Grampus Eight. He was still an impressive finisher and netted nine times during his stay in the country, but realised that his career had reached its conclusion. In September of 1994, Gary Lineker confirmed that he was returned from football, ending a near-20 year career in the sport.

A Move into Media

When Lineker ended his professional football career, he was essentially left with two options: enter management or become a media personality. He opted for the latter, working as a football pundit on BBC Radio 5 Live. When Des Lynam decided that he was going to step down as host of Match of the Day in 1999, Lineker was brought in as his replacement. He’d gained significant media experience by that point, making him a natural choice.

Having been one of the team captains on comedy gameshow They Think It’s All Over, Lineker also took over as the presenter of the BBC’s golf coverage. This was when Steve Ryder left the corporation for ITV, meaning that Hazel Irvine and Lineker could step into his shoes. It was early stages of a media career that had also taken in appearances in a play, presentation of a six-part documentary series and a cameo appearance in a film.

In 2006, Lineker was chosen to voice the role of Underground Ernie, a character in a CBeebies TV show. Two years later and he appeared on Who Wants to Be a Millionaire?, winning £50,000 for charity alongside rugby union player Austin Healey. He had also begun writing a column for the Mail On Sunday, which he gave up in 2010 in the wake of the paper’s undercover sting on Lord Triesman that damaged England’s chances of hosting the 2018 World Cup.

Understandably, Lineker’s ability in front of the camera meant that he attracted attention from other quarters. In 2013, for example, he began working for NBCSN in the United States of America, presenting their version of Match of the Day. That game after a couple of years doing a similar job for Middle-Eastern network Al Jazeera Sport. In 2015, newly-launched BT Sport confirmed that he would host their Champion’s League coverage.

Always one to follow up on his own promises, Lineker presented the start of the first Match of the Day episode of the 2016-2017 season in just his underwear, having said that he’d do just that if Leicester City won the league. They did just that the season before, defying 5,000/1 odds. One of the BBC’s highest paid presenters over the years, Lineker has often courted controversy by supporting refugees in breach of the BBC’s impartiality guidelines.

The Face of Walkers Crisps

In between all of his various media appearances, Gary Lineker also became the face of Walkers Crisps. His first appearance in an advert for the company came in 1995, having signed a contract worth £200,000 the year before. The company even changed the name of their salt & vinegar flavoured crisps to Salt & Lineker has part of a promotional move to announce his arrival as a celebrity ambassador.

When Channel 4 did a poll of the ‘100 Greatest Adverts’ at the turn of the millennium, Lineker’s Walker’s Crisp commercials came in ninth. That demonstrated, perhaps, that he had successfully moved away from being linked to football alone into becoming a true TV personality. He was known for being a vibrant, fair and passionate person, fighting for causes that he believed in even if it put his job under threat. 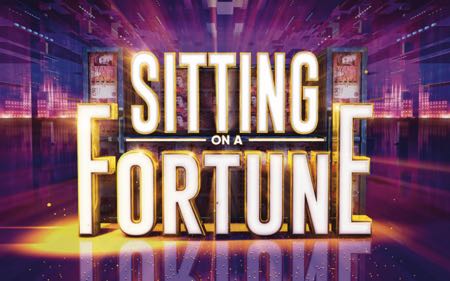 By 2021, it was entirely fair to describe Gary Lineker as an established TV personality. By that point, he had spent far longer working on television than he had as a professional footballer, so it is perhaps no surprise that he was chosen as the face of a new game show. ITV chose Lineker to be the presenter of Sitting on a Fortune, a game show in which six players choose where to sit to answer questions worth up to £100,000.

It came on the back of the revelation that he would be leaving his job as the presenter of BT Sports’ Champions League coverage, perhaps opening up time to allow him to present the quiz show for ITV. Speaking of Sitting on a Fortune, he said, “It’s going to be full of tension with high stakes and bags of drama from start to finish – everything a great game show should be.”