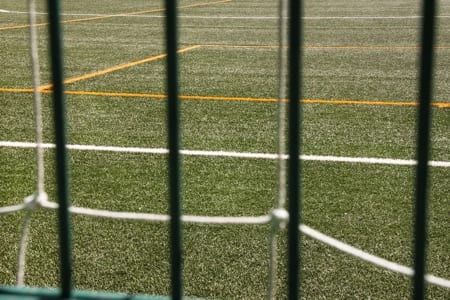 There will always be a perception of football as being a sport awash with cash, spurned on in no small part by the fact that clubs at the top of the pyramid spend tens of millions on signing new players. Whilst that might well be the perception, football is actually a house of cards that can come tumbling down very quickly for the clubs that aren’t run all that well.

Anything from a poor decision when it comes to the pricing of tickets through to an owner getting bored of running a club and deciding to withdraw their interest can cause major problems for football clubs. There have been a fair few that have gone bust in the United Kingdom, so here we’ll have a look at their stories. For obvious reasons, we’ll stick with the modern day.

What We Mean By ‘Bust’

There are different interpretations of the word ‘bust’. A number of football clubs over the years have gone into administration but survived to tell the tale. The likes of Bradford City, Leicester City and Leeds United have all fallen foul of the administrators at one point or another, for example, but each of them has been ok. The Foxes did so in 2002 and won the Premier League in 2016, after all.

The clubs that we’re looking at here are those that either ceased to exist or else fell out of the Football League to such an extent that they might as well have done. We’ve decided to add that limit because between 1983 and 2019, sixty-three football clubs went into administration in the English leagues alone. Add the Scottish leagues into that and it goes up to seventy-six.

The entire process is also muddled by what happens next. Take Rangers as an example. The Scottish side went into administration in February or 2012 and emerged from it in June of the same year. They were relegated to the bottom of the Scottish Football League and essentially became a completely new club, but were allowed to keep previous trophies and titles won.

With all of that in mind, it makes sense to concentrate on the football clubs that ceased to exist in any meaningful sense as a result of their financial issues. We’ll start with the most recent at the time of writing and work our way backwards, explaining what happened to the clubs as we go.

Bury were one of the founding members of the Lancashire League in 1889, with the club itself having been formed four years earlier. They were elected to the Football League in 1894, gaining promotion to the top-flight at the first time of asking and winning the FA Cup in 1900 and then again in 1903. The latter cup victory was by the widest scoreline that the final had seen at the time.

The club bounced around the various leagues over the decades that followed and in 2005 they became the first football club to score a thousand goals in each of the top four tiers. Sadly that was the last real moment of any sort of success that the team enjoyed for a while, being expelled from the FA Cup after fielding an ineligible player in December of 2006.

The first real signs of the club’s financial issues came about as a result of poor attendance figures and ended up in them being placed under a transfer embargo. At the end of the 2012-2013 season, they finished bottom of League One and were relegated, with a property investor named Stewart Day buying the club and investing around £1.5 million to clear debts.

They bounced between League One and League Two over the next couple of seasons and then in December of 2018 Stewart Day sold the club to Steve Dale for £1. He paid a tax bill at the start of 2019 in order to stop the club from being wound up by Her Majesty’s Revenue and Customs, but the financial issues were still present at the football club.

Players and staff at the club failed to be paid in March of 2019 and a former head coach, Chris Brass, said that he was a creditor and issued a winding-up order to the High Court. It was adjourned until the end of the season, with Steve Dale declaring that the club’s financial issues were ‘far in excess’ of what he’d been led to believe when he bought it, putting it on the open market.

The club won League Two that season, gaining promotion to League One but the trouble that the club was in financially meant that celebrations were muted. With £1.6 million owed to pay wages, as well as HMRC and pensions and only £180,000 income expected, a winding-up order was in the works but the club was given until the end of July to find a buyer.

Dale proposed a Company Voluntary Arrangement, which was accepted and approved by creditors. Such a thing is viewed by the Football League as an insolvency event, meaning that a twelve point deduction was likely before the start of the next season. In the end, failure to provide proof of the ability to satisfy the CVA resulted in the EFL eventually withdrawing the club’s membership.

There were attempts to save the club in the wake of its expulsion, including potential legal action against the EFL. Little actually transpired, but by April of 2020, the club still existed but didn’t have a league to play in. It was a sad indictment of how badly things can go wrong at a football club with the wrong people in charge at the top.

Founded in 1992, Rushden & Diamonds Football Club was actually a merger of two clubs with a much more impressive history. Rushden Town had existed since 1889, whilst Irthlingborough Diamonds had been formed in 1946. The decision to merge them was the brainchild of the owner of the Dr. Martens shoe company, Max Griggs, who bankrolled the new club.

His aim was to make it a Football League side, which he achieved when the club gained promotion to League Two in 2001. The dream didn’t last long, unfortunately, with financial problems meaning most of the players that got them there had to be sold. In 2004, the club was relegated back to non-league football, with Griggs selling the club for £1 in 2005.

It was bought by a supporter’s trust, which actually managed to keep the club afloat for a number of years in difficult circumstances. In 2011, however, a winding-up order was issued by Her Majesty’s Revenue and Customs, with the club dissolving as a result. AFC Rushden & Diamonds was born not long after, but the original club lasted less than twenty years.

Another club that exists today in a different form is Chester City. It had been founded in 1885 as Chester Football Club, joining the Football League in 1931 and spending most of its existence bouncing between divisions. It took on the Chester City FC moniker in 1983 and won the Conference National in 2004.

The first cracks of financial trouble showed in 2009 when the club was placed into administration thanks to debts of £7 million. The club’s owners put forward a package to stop it having to go into immediate receivership, but in January of 2010, Her Majesty’s Revenue and Customs issued Chester City with a winding-up order.

This resulted in the club being suspended from the Conference National initially, before being expelled from the league altogether within a month. In March 2010 there was no option but for the club to be formally wound up when it failed in an attempt to join the Welsh Premier League. Supporters immediately formed a new club called Chester FC.

Of all of the clubs on the list, few had the success of Wimbledon or caused such shock when the club ceased to exist. The Dons were formed in 1889 as Wimbledon Old Centrals, being a non-league side for most of their existence. The club was eventually elected to the Football League in 1977, quickly rising through the divisions and reaching the First Division in 1986.

Whilst the meteoric rise was impressive enough, the true crowning moment came in 1988 when the ‘Crazy Gang’ beat that season’s champions Liverpool in the FA Cup final. The club remained in the top-flight until it was relegated in 2000. Wimbledon attempted to find a new ground to play in but failed, announcing in 2001 that it would be moving to Milton Keynes.

This was a deeply unpopular decision with fans, who chose to form a new side called AFC Wimbledon. Most fans switched their allegiance to this new side and attendances plummeted during the club’s last season at Selhurst Park, which it had been sharing with Crystal Palace. Wimbledon went into administration in June of 2003.

The administrators soon began to sell any player with value, resulting in the new Milton Keynes-based Wimbledon being relegated from the league at the end of the season. In 2004, the club’s assets were transferred to Milton Keynes Dons Limited, including its place in the Football League. MK Dons was the new team and Wimbledon was dissolved in 2009.

Maidstone United was formed in 1897 and spent the end part of its existence in the Fourth Division of the Football League. The early years for the club were spent in the lower leagues, including the Kent League and the Isthmian League. Promotion to the Football League eventually came about in 1989, with the side nearly winning the play-offs.

By the start of the 1990s, though, major financial issues were causing the club difficulties. A large amount of money was spent to gain promotion, with outlays continuing once they’d made it into the Football League. Disappointing form led to falling attendances, which meant that the club’s running costs soon became unsustainable.

In spite of this, the club decided to spend £400,000 buying land in Maidstone that they planned to build a new stadium on. The planning application to build there was turned down by the council and the entire playing squad had to be put up for sale to try and save the club. The move failed and the club was forced to resign from the league in August of 1992 and go into liquidation.

Founded in 1926, the club wrote itself into the record books when it won the inaugural Football League play-off in 1987, defeating Wolverhampton Wanderers. The revival in the club’s fortunes after years of bouncing around the leagues came about because of the appointment of Len Walker as manager in 1985.

Many predicted that the club would be automatically relegated back to the Fourth Division after winning the play-off against Wolves, but they managed to avoid doing so by three points. The good fortune didn’t last, however, with an awful 1988-1989 campaign seeing them finish bottom, seventh points away from safety.

It was, in many ways, the beginning of the end for the Shots. Debts were mounting, with the main aim of the 1989-1990 season being to avoid relegation from the Football League. They did indeed manage that, but the increasing financial issues meant that it was debatable whether the club would even be able to take part in the 1990-1991 campaign.

A winding-up order was issued in July of 1990 but withdrawn when a nineteen-year-old property developer called Spencer Trethewy spent £200,000 to save the club. It was a short-lived reprieve, however, with the club finally going out go business and resigning from the Football League in March of 1992. Aldershot Town was set up by supporters in 1992 as a replacement.