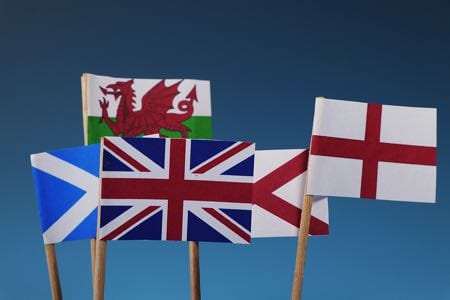 In the world of football, there are two main competitions for European national sides to win: the World Cup and the European Championship. We’ve looked at the performances of the home nations at the World Cup elsewhere on this site, so this page is about the relative successes of England, Wales, Scotland and Northern Ireland during the various Euros that have taken place since the competition’s inception in 1958.

Theoretically, the European Championship is the easier of the two competitions on account of the fact that only European teams can take part in it. That means that the likes of Brazil, Argentina and Uruguay are excluded from joining in the excitement and therefore reaching the final isn’t as tricky as it would be in the World Cup. As we’ll find out, however, there is a big difference between theory and practice in international football. 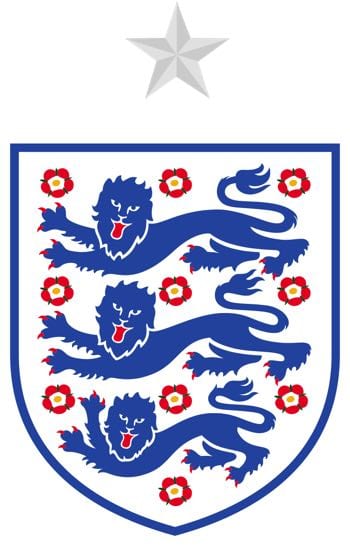 Whilst it will annoy plenty of Welsh, Scottish and Northern Irish supporters to admit it, England have been the most successful of the four home nations when it comes to international football in general but the European Championships in particular. Interestingly, the England team actually turned down the opportunity to take part in the inaugural European Championship, which was held in 1960.

Not only that, but when they attempted to qualify for the tournament in 1964 they failed, meaning that 1968 was the first time that England actually took part in the competition. That was the World Cup winning team from two years earlier, which lost to Yugoslavia in the semi-finals before defeating the Soviet Union in the third-place play off. Italy won that year, having made it through the semi-final thanks to a coin toss.

Italy were the hosts that year and were also the hosts the next time that England made it to the finals, having failed to qualify in both 1972 and 1976. In 1980, the Three Lions failed to make it out of the group stage of the competition, finishing sixth of eight teams. Another failure to qualify followed in 1984 before two successive failures to make it out of the group in 1988 and 1992.

Would England have qualified for Euro ’96 if they hadn’t been the host nation? Almost certainly, given that that year saw the country’s best performance in the competition to date. Whilst it matched 1968 in the sense that England finished third, there were double the amount of teams taking part in 1996 and the Three Lions only lost to Germany in the semi-finals courtesy of a penalty shoot-out.

Another group stage exit followed in 2000, then England made the quarter-finals in 2004 before failing to qualify for the Euros in 2008. The Three Lions seem to suffer from blowing hot and cold in the European Championship, following their failure to qualify with a quarter-final appearance four years later. The competition was expanded to 24 teams for Euro 2016, with England being knocked out at the last 16 stage. 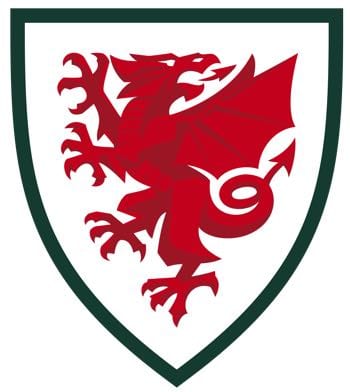 Despite being a founder member of the Union of European Football Associations, Wales have only managed to qualify for two iterations of the European Championship. As with England, Wales declined the opportunity to enter the competition back in 1960, at which point the competition was known as the European Nations’ Cup. There then followed a series of failed attempts to qualify for the tournament.

In Wales’ defence, the tournament’s format has changed numerous times and it hasn’t always been easy for smaller national sides to make it to the competition proper. In 1964, for example, they only played one game and the fact that they lost it 4-2 meant that they didn’t qualify. In 1976, meanwhile, they played eight games and won five of them, which would have been enough to see them through in previous years.

That being said, Wales haven’t covered themselves in glory at other times in the tournament’s history. There were 10 qualifying matches for Euro ’96, for example, of which they won just two and scored only nine goals. That was reminiscent of their attempts to qualify for the European Championship in 1964 when they played six matches, won just one and scored six goals across those games.

Wales’ successes have come in more recent times, with the Dragons proving that the might not qualify very often but when they do they prove themselves to be good value. So, it was that they made it to the semi-finals of the Euros in 2016, beating the likes of Belgium, Russia and Slovakia along the way. When they did lose in their semi-final match it was to the competition’s eventual winners, Portugal.

The Welsh also qualified for Euro 2020, which ended up being postponed due the global pandemic. Attempts to play it in 2021 were questioned, owning to the fact that the tournament’s format saw it played across twelve different cities in what Michel Platini described as a ‘romantic’ notion. Flying all across the continent during a worldwide health crisis was always liable to draw criticism however. 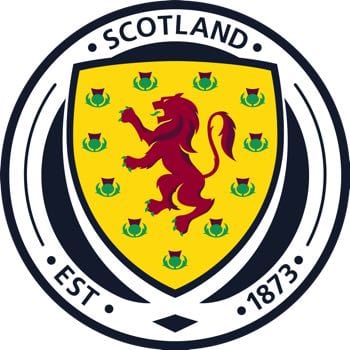 Scotland rejected the chance to enter the early editions of the competition that would go on to become the European Championship, choosing not to enter either the 1960 nor the 1964 iterations of the tournament. They first participated in the qualifying phase in 1968, with the British Home Championship acting as the qualifying group and the Scots finishing second to England, missing out by just a point.

The Euros in 1972 saw the Scots put into a nightmare qualifying group with Belgium, Denmark and Portugal, yet still they posed a tough challenge for their fellow group members. They won all of their home matches but lost every game on the road, finishing third in the group before losing 1-0 to Denmark to see them eliminated from the qualifying phase of the competition that year.

Similar stories were to follow throughout the remainder of the 1970s and the 1980s, with Scotland’s fortunes finally turning in 1992 when they made it through to the finals proper. They failed to make it past the first group stage, but at least they’d made it to one of the tournament’s finals. At Euro ’96 they were pitched in a group with England, Switzerland and the Netherlands, which made for exciting viewing.

The Scots defeated Switzerland 1-0 and drew 0-0 with the Netherlands, meaning that it was their match against England that would prove to be decisive. They lost that 2-0, with the match making the front pages thanks to Paul Gascoigne’s ‘Dentist Chair’ celebration after he scored a genuinely phenomenal goal for the Three Lions at Wembley. Another failure for Scotland, but at least they made it to the finals proper.

As with Wales, Scotland also qualified for Euro 2020, only to see the tournament postponed because of the global health crisis that engulfed the world. They were put in a group with the Czech Republic, Croatia and, inevitably, their old foes, England. When the original plan to play in 12 different cities was drawn up, Glasgow’s own Hampden Park was one of the stadiums chosen to host certainly matches. 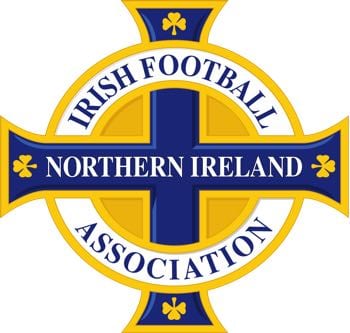 Following in the footsteps of the other three home nations, Northern Ireland didn’t even enter the European Nations’ Cup back in its inaugural year of 1960. They first attempted to qualify for the competition four years later and won two of their four qualifying matches for the tournament that was hosted by Spain. Sadly, it wasn’t enough and set the stage for Norn Iron’s relationship with the competition moving forward.

Another attempt to qualify in 1968 was even less successful than the previous one, with the Northern Irish national side winning just one of their six matches. A similar story was in place for the 1970s and 1980s, though they at least won more than one match in all qualifying phases apart from 1988. They won half of their ten qualifying games ahead of Euro ’96, but that wasn’t enough to see them make it to the finals proper.

Indeed, the first time that Northern Ireland actually made it to competition itself occurred in 2016. The tournament was hosted in France and not only did they make it there but they got out of their group, ultimately being knocked out at the round of 16 when they lost 1-0 to fellow home nation Wales. Unlike Wales, Scotland and England, Northern Ireland were the only home nation not to qualify for Euro 2020.

Even that was a close-run thing, however. They made it to the play-off stage of qualification and were drawn into Path B, meeting Bosnia & Herzegovina, Slovakia and the Republic of Ireland. They made it to the final of the Path B qualification phase, beating Bosnia & Herzegovina on penalties before losing to Slovakia in extra-time of the final match. It was a cruel blow after they’d equalised ten minutes from full-time.

Ultimately, Northern Ireland’s relationship with the European Championship is one of glorious failure. Time and again the side has come close to qualifying only to miss out, sometimes by quite a lot and others by an agonising amount. The country will doubtless keep fighting, aiming to prove that they have the ability to make a mark on a major tournament and knowing that they’ve won the same number of Euros as all the other home nations.

At the time of writing, none of the home nations have won the European Championship. As a result, whether they have managed to qualify or not they have all achieved the same amount of ultimate success in the competition. In fact, there has yet to be a year when all four of England, Wales, Scotland and Northern Ireland have qualified for the finals of the Euros at the same time as each other.

The best way to indicate the relative success of each country is to have a look at how they have done in each tournament since the inception of the competition. The below table will demonstrate it as well as possible:

Owing to the fact that the home nations have rarely qualified for the tournament at the same time as each other, there are very few head-to-head matches to tell you about. What is surprising, in fact, is that they were even drawn to face each other at all. Given that Northern Ireland have only qualified for one European Championship to date, what are the chances of them being drawn to play Wales as they were in 2016?

Regardless of the chances, they lost 1-0 to the Welsh thanks to a Gareth McCauley own goal in their Last 16 match. Similarly, it’s somewhat remarkable that England and Scotland were drawn together in the group stage of Euro ’96, yet they were and it was England’s 2-0 win that ultimately cost the Scottish contingent a place in the knockout round of the competition that was hosted by their neighbours.

That same sense of surprise was in play for when England and Wales were drawn into the same group as each other during the 2016 European Championship. Wins over Slovakia and Russia allowed Wales to finish top of the group, despite a 2-1 loss to England at the Stade Bollaert-Delelis in Lens. England have played two of the home nations, then, winning both matches, whilst Wales have won one and lost one of their two home nation match ups.

Previous Post: « Why Do We Race Greyhounds Rather Than Other Dogs?
Next Post: Home Nations Performance at the World Cup »