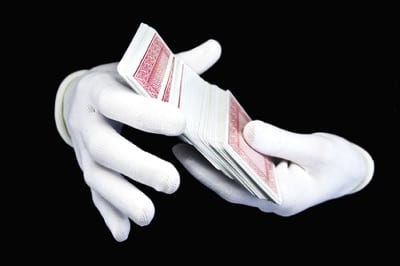 Elsewhere on the site we’ve written about The Players Who Cheated The Casinos, with a particular reference in there to Phil Ivey. He is probably the most famous example of someone who used Edge Sorting to win card games, winning £7.7 million but not being paid it after the Supreme Court turned down his appeal against the Mayfair-based casino he played at.

We gave a brief explanation of what Edge Sorting is in that article, but it’s a more in-depth topic than we were able to cover there. For that reason, this is a longer look at the art of Edge Sorting, which is essentially the use of subtle differences on the back of cards to identify the face value of the cards. It is complex, but done right can result in big wins.

The idea behind Edge Sorting is that some decks of cards have backs that boast slight differences from each other. Even when placed faced down, players can determine whether a card has a high or a low value based on these subtle differences in the pattern on the card’s back. Cards can then be sorted into those of low and high value if the dealer is willing to help.

Oftentimes, as in the case of Phil Ivey, the dealer will do so unwittingly. Ivey told the dealer that he was superstitious, which is why he needed the cards he chose to be moved into specific groups. It’s called Edge Sorting because some packs of cards have irregularities on their edges, with the pattern not being symmetrical to a one hundred and eighty degree rotation.

That means that during the course of a game, low cards will be aligned in one manner and high cards in another. Players that know the art of Edge Sorting can then gain an advantage by determining whether the card that is about to be turned is more likely to be a high card or a low card, deciding upon what bet they should then place accordingly.

In order for the cards to be kept in the same orientation after they’ve been rotated, they must not be ‘washed’. That is a shuffling technique in which the cards are all put onto the table and thrust around by hand. As a result, people engaging in Edge Sorting will often ask the dealer to use an automatic shuffle machines, which will keep the card’s orientation.

Once the cards have been sufficiently Edge Sorted, the player that organised the sorting will have enough of a statistical edge to mean that the House Edge will be negated. When Phil Ivey used the technique in Atlantic City, for example, he reportedly changed it from a House Edge of 1.06% to a 6.765% Edge in his favour.

Perhaps the key question in all of this is whether or not Edge Sorting is a form of cheating. After all, Phil Ivey has never denied using an Edge Sorting technique, but insists that there’s nothing wrong with it. Obviously, the casinos would disagree, feeling that the whole point of a card having an indistinguishable back is that players can’t tell what the card underneath is.

Crockfords, which is the Mayfair-based casino where Phil Ivey won £7.7 million by playing punto banco and sorting the edges, claimed that he ‘operated a scam’ in order to win. Ivey never denied doing so, but claimed that it was really the casino’s responsibility to have checked the cards better before allowing them to be used.

Ivey in particular readily refers to himself as ‘an advantage player‘, meaning that he gains slight mathematical advantages by whatever legal means are available to him. Crockfords, however, believed that he was ‘acting to defeat the essential premise of the game’. Ivey began by betting £50,000 per hand but increased to £150,000 once the deck was ‘sorted’.

The court battle between Ivey and Crockfords ended up going all the way to the Supreme Court. At the Court of Appeal, Lady Justice Arden referred to the 2005 Gambing Act and pointed out that it says, you can cheat “without dishonesty or intention to deceive: depending on the circumstances it may be enough that he simply interferes with the process of the game”.

In other words, the fact that Ivey himself didn’t actually touch the cards doesn’t alter the fact that he cheated. He and his accomplice in the case, Cheung Yin Sun, unfairly influenced the game to their advantage by asking the dealer to rotate the good cards so that they’d be able to tell them apart from lower scoring cards. They even asked to play with a deck they knew could be sorted.

Is It the Casino’s Responsibility to Stop Edge Sorting?

Phil Ivey’s argument was a solid enough one: it is the casino’s own responsibility to ensure that players can’t use Edge Sorting to win money. That opinion is backed up by the fact that it was known at the time that he entered Crockfords that some card players were using Edge Sorting to their advantage. Surely it’s not his fault that he then won big?

This is obviously a tricky area, morally. For starters, it’s unlikely that there would be any problem with the legality of the situation if a player simply looks out for the cards and makes a note of the ones that are of higher value. The issue comes about when a player asks the dealer to actively arrange the cards so that only those that know about Edge Sorting will benefit.

That being said, if a dealer is willing to comply with a player’s request does that not mean that the request is a legitimate one? Casinos are often willing to allow their dealers to do what customers want, within reason, under the auspices of superstition. With that in mind, it’s then difficult to say that a player isn’t allowed to benefit from what a casino has willingly done.

Baccarat, unlike something like poker, is seen as being almost entirely a game of fortune without any skill involved. If a player is able to change the odds in their favour and ensure that it’s no longer about luck and is mostly down to their own knowledge gained unfairly, it does indeed mean that they’ve gained an unfair advantage.

The question remains, though, about whether a casino is responsible for stopping their dealers and croupiers from being willing to indulge a player’s superstitions. Whilst it mean might that some genuinely superstitious bettors aren’t able to play games in a manner that they find more to their taste, it removes any possible question of cheating.

It’s certainly true that the gambling world was quick to side with Ivey over the casino. Many felt that all he’d done was ‘outsmarted’ the casino, believing that he’s been able to get one over on a ‘big fish’. Ivey is one of the most successful poker players of all time, so it’s arguably not surprising that the industry would side with him.

The Games Involved in Edge Sorting 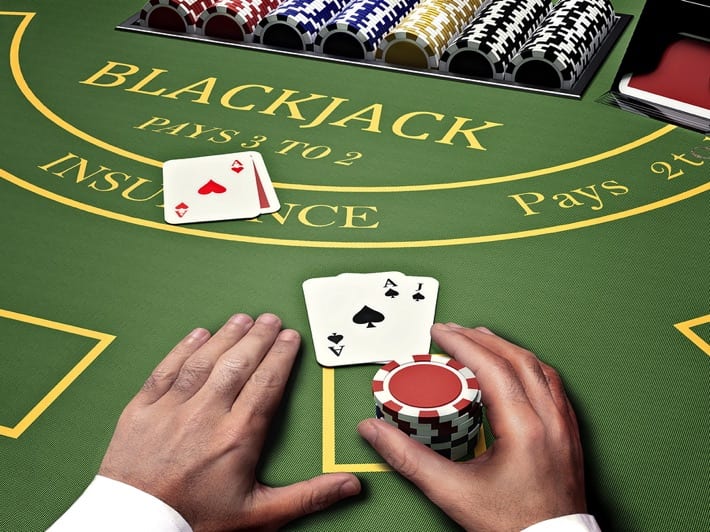 Because of the nature of Edge Sorting as an activity, it isn’t something that would prove to be all that useful in most card games. Whilst it’s handy to know whether a player has high or low cards in poker, for example, it doesn’t really give you any clear advantage as a player. Dealers will often ‘wash’ the deck between hands anyway, removing any possible information.

The card games where Edge Sorting can be useful are those in which the value of the cards is the thing that matters most. Blackjack is the most obvious example, given that the player has to reach 21 or less in order to remain in the game and get as close to 21 as possible in order to have a chance to beat the dealer. Knowing whether the next card is high or low could be crucial.

The card game that Phil Ivey played in order to win £7.7 million was punto banco, which is a variation of baccarat. In both games, players can bet on the player, the banker or a tie between the two, with the aim being to get as close to 9 as you can. 10s, Jacks, Queens and Kings all have a value of zero, with Ace being 1. If it goes over 9, then 10 is taken away from the score.

So, for example, if a player was dealt two 6s, then they would have 12, but 10 is taken away to five a score of 2. It’s pretty clear, therefore, the manner in which knowing whether a card is high or low will help a player to decide who to bank on and what the likely score is going to be. It’s far from a foolproof system, but it gives the player an advantage that can make all the difference.

Could Edge Sorting Be Done Online?

Many people might well wonder what the possibility of Edge Sorting would be for players who tend to stick to online games. The answer is that it would obviously be very unlikely, if for no other reason than communication with online dealers would be much harder than with real dealers working in physical casinos that you can actually chat to and gain a rapport with.

There’s also the fact that your ability to see and decipher the cards being used is limited to where the camera is pointed and how clear the image would be. That’s not to say that it would be impossible, but it would be extraordinarily tricky and the vast majority of things would be weighed against you rather than in your favour. Too much would have to go right for it to work.

The battle between casinos and players is as long as the history of gambling itself. Players will always look to gain an advantage over the casinos and the establishments will always try to stop them from doing so. The onus, therefore, is on the casinos to stop players from being able to tilt the balance of probability and chance in their favour.

One of the obvious sure-fire ways of doing this is for casinos to find a way to stop Edge Sorting. Edge Sorting is only possible when using cards that have patterns on their back, given that it’s a disruption to that pattern that allows the player to spot whether it will be possible to Edge Sort in the first place.

On top of that, a casino has to be willing to indulge a player’s apparent superstition in order to allow them to organise the cards how they want them. There are, therefore, relatively simple ways for casinos to mitigate the risk of Edge Sorting in their venues. The question then becomes, if they don’t take those measures, aren’t they liable to suffer the consequences?

Previous Post: « What Happened to Blue Square?
Next Post: Camelot Refuses to Pay Out on Winning Lottery Ticket Bought With Stolen Card »