There are some games where the language around them can be almost incomprehensible if you don’t know what it is that people are talking about. Stand near a craps table without first having learned what the various things on the table mean and it will seem as though everyone taking part is talking gibberish, for example. Poker runs the risk of being the same thing from time to time, with phrases like ‘turn’, ‘river’ and ‘muck’ running the risk of leaving some people behind if they haven’t done their research before sitting down to play.

One such phrase is ‘cards speak’, which is another way of saying that what you actually have in your hand matters far more than what you say you have. In other words, if you declare to the table that you’ve got a pair of fives and toss them on the baize, only for it to become clear that you actually had a full house, it is the full house that counts rather than the pair of fives that you thought you had. This can work in the favour of amateur players who perhaps don’t understand the vagaries of playing the game of poker. 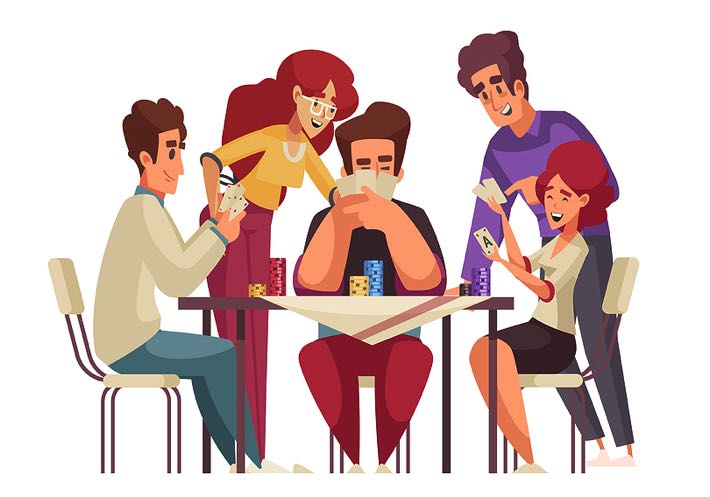 As a game, poker has many different phrases that people need to understand in order to be completely comfortable when sitting down to play a hand or two. If you were told the ‘action is on you’, for example, would you know what that meant? Similarly, what happens when you’re the Big Blind? The number of phrases that you could do with knowing can actually run into the hundreds, though some are obviously more important than others. It is unlikely to cause you major issues if you don’t know what a ‘deuce’ is, say, or the fact that you’ve got ‘quads’.

Not only that, but some phrases that you’ll encounter in power are reasonably self-explanatory. If someone declared that you had a ‘short stack’, it is likely that you’ll be able to figure out what they’re referring to. Just as ‘four of a kind’ is an easily identifiable phrase that someone might utter, so too will most people be able to understand what the ‘buy-in’ is easily enough. It would be entirely fair to think that some of the phrases are uttered by people specifically hoping to make newcomers to the game confused and a little lost.

Sometimes, players don’t realise what hand they actually have. Though this isn’t common in experienced players, it would be a lie to suggest that it never happens. It is usual for players to throw their hands into the middle of the table and declare what they have after they’ve been called by someone else in the game. At this point, they might announce that they have ‘nothing, just ace high’, as an example or tell the table that they have a ‘pair of twos’, say. Whatever they declare, it is what they cards actually show that matters.

This is what the phrase ‘cards speak’ means and the phrase could be stretched out to ‘cards speak for themselves’. It states that what the actual cards show is the only thing that matters and if they are different from what a player has said they have in their hands, it is only the cards themselves that will be ‘heard’. Verbal statements do not make up the value of a hand, just the literal value on display does. It is why you should always check someone else’s cards before scooping up the chips you think you’ve won.

The phrase is sometimes used in connection with high-low split games. These are games where players all reveal their hands at the end of the game and the player with the best hand takes half of the pot and the person with the worst hand takes the other half. Rather than going through the usual process of only the person that is called showing their hand, all players show what they’ve got at the conclusion of the game. The cards speak louder than the players at this point, dictating where the money will end up. 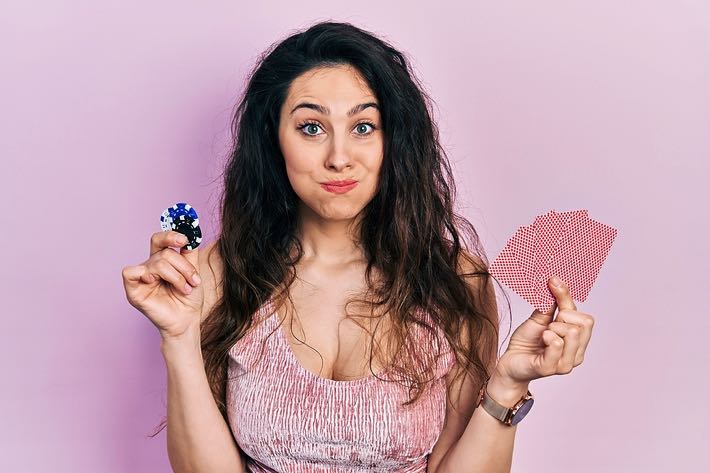 Though the idea of going off what the cards say and not what a player declares is true, it isn’t always the case that cards speak. Say, for example, that you’ve decided that you’ve got nothing of value and choose to ‘muck your cards’, which involves throwing them away, if you actually would have had a winning hand then that is your own problem. Imagine, for example, that you thought you had two pairs and declared as much when you threw them face down onto the table, it wouldn’t matter if you actually had something better.

It is why, if you’re still in a game, you should always throw your cards down face up, unless you’re 100% certain that you don’t have cards of any value. There is always the chance that, no matter how good a player you are, you’ve missed something that means that you’ve got a better hand than you actually have. Imagine, for example, that you’ve been chasing a flush and didn’t hit it on the river, so you’ve been annoyed that you didn’t win and totally missed the fact that the last card gave you a straight.

If you’d thrown your hands in face down at the end of the game then you wouldn’t be awarded the win, but if they’re face up then the dealer or another player might spot the fact that you had a better hand than you realised. You want to give your cards the best possible chance to ‘speak’, which they can’t do if they’re face down. Of course, this only works if you’re still in the hand when it reaches its climax. If you have folded and more money has been paid into the pot, it is irrelevant whether you had a better hand than you thought.

How Card Rooms Deal With It

It should go without saying, but the ‘cards speak’ rule is really only applicable to real-life poker games. Though you can say you have different cards to the ones you’ve actually got whilst playing online, the computer works everything out automatically, so your false declaration of the hand that you had is completely pointless. Actual poker games played in the flesh are much more specific in terms of how they work, meaning that management teams at card rooms need to have clear rules on how different scenarios will be treated.

It is not uncommon for players to make untrue statements about the cards that they’re holding during a game. “I’ve got top pair” might be heard around a power table after the dealer has given out the hole cards, as an example. Though this is considered by some to be unsportsmanlike behaviour, others have no problem with it and card rooms generally don’t do anything to stop it. Some players, of course, will push things too far and will often make such a false declaration just moments before the final bets are due to be made.

This is done in the hope that their opposite number will believe the false declaration and much their cards as a result, handing them a win. This is absolutely unsportsmanlike and in some venues the pot is awarded to the other player when such a move occurs. What makes this tricky is that sometimes people aren’t deliberately trying to mislead anyone and it is just a mistake. Trying to legislate against what people say can lead card rooms down a slippery slope that they may not want to head down, so they avoid doing so altogether.

There is a belief from some that the ‘cards speak’ ruling was brought in to stop players from trying to find an angle against their opponent. By specifying that only what the cards show matters, it removes any doubt that might be in play if a player has tried to pull a fast one over their opponent. In other words, someone trying to find an angle can chat all of the big talk that they want, but if they don’t actually have the cards to back it up then it won’t matter, provided the winner has better cards than they when they are revealed.

If you’re at all unsure, the best thing to do is to ask someone at the card room or casino where you’re playing what their rules are when it comes to engaging in table talk. There is a reluctance to ban it altogether, not least because of the generally social nature of poker as a game, but that doesn’t mean that card rooms don’t have rules in place to ensure that things can go as smoothly as possible. If these rules aren’t displayed somewhere, anyone from the person on reception to the dealer will be willing to tell you what they are.