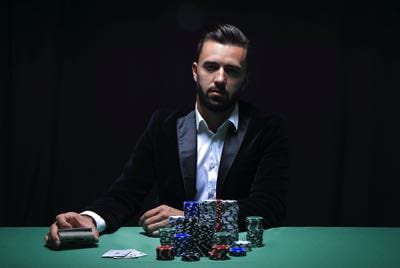 Poker has become one of the most popular card games in the world over the past couple of decades, thanks in no small part to the growth of Texas Hold’em. Head to pretty much any casino in Las Vegas or Macau and there will be games going on in the purpose-built poker room almost irrespective of the time that you choose to attend, such is its popularity.

One question that has haunted the game of poker almost since it was invented is whether it is a game of skill or one of chance. On the one hand, it seems as though it’s something of a philosophical question, yet it’s actually much more important than that. In some places, gambling can be restricted depending on whether it’s a game of skill or chance, so the answer matters.

Why Some Think It’s About Luck 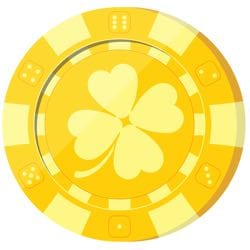 Obviously plenty of people like to play poker in private environments, such as at home with friends or at work with colleagues. Think about where you’re able to play the game, however, and most people will mention casinos or card rooms. At casinos, you’ll find countless games of chance, like Roulette, Blackjack and Craps, so it’s little wonder the link exists.

The reality, of course, is that poker is a far different gaming experience than any of those, though there’s an argument that it’s linked more closely with Blackjack because in that game you can at least decide whether to take another card or not. The environment in which poker is most commonly played will naturally lead many to conclude that it’s all about fortune.

There’s also the fact that there is some luck involved, whether the best players will want to admit it or not. When you’re playing a game in which you have no control over the cards that you’re dealt and that are dealt into the middle of the table, it’s pointless trying to suggest that it’s only about the skill of the individual playing.

Add into that the notion that everyone thinks that they can play poker and you can see why the idea of it being a game of luck is one that won’t go away. After all, everyone might think that they can play football or tennis but they’d know that they wouldn’t stand a chance playing it professionally. The same can’t really be said of poker.

Why Others Think It’s a Game of Skill

For all of the conversations about the elements of luck involved in poker, skill will win out more often than not. Poker is, ultimately, a game of mathematics. The most talented players are able to work out their chance of success by looking at the cards they’ve been dealt and the community cards and go from there; that’s mainly in Texas Hold’em, of course.

There is also the fact that bluffing is a vital part of a successful poker player’s game and bluffing isn’t something that just anyone can do well. Whether it be bluffing about the cards that you’ve been dealt or reading the tell of another player who is trying to bluff you, there is a level of skill involved in that that not everyone is able to bring to the table.

The Aspects of Skill Involved

If poker is a game of skill, then, what are the aspects of skill that are involved in the player of it? After all, it’s not hard to point to the specific aspects of skill involved in playing tennis, football, golf and other serious sports. Just as there is some luck in all of them, is the same degree of luck involved in poker or is it just about a player’s skill?

The first thing a poker player needs to do is to make a decision about their starting hand. Knowing whether to call the blinds or fold what you’ve been dealt will dictate what happens next. The decision make by professional players is one based on analyse of the cards, sometimes choosing to raise the pot as a result.

The start of the game is also the moment that skill starts to play an important part in other ways. It’s not just their own cards that players are making a decision about, but also the moves made by other players. Being able to spot bluffs, as well as players who play with the confidence of knowing they have good cards is crucial.

Figuring Out the Odds

The very best poker players are ones that can figure of the odds as the game develops. Being able to figure out your chances of winning based on the two hole cards and the three community cards after Flop in Texas Hold’em games, for example, is a skill in and of itself. Being able to adjust those odds after the Turn and River cards are dealt can be crucial to success.

Of course, the fact that the odds of each hand is such a crucial part of the game is also an argument for it being one of chance, given that you can’t influence which cards you get dealt. Then again, no one denies that there is indeed some fortune involved in playing poker. There is some luck involved in any professional sport after all.

For proof, have a look at a competition such as the Champions League in football. During the group stage of the tournament, teams are drawn at random into groups with other sides, meaning that who they get drawn against can make a difference to their ability to make it out of the group. Likewise who they’re drawn against in the knockout rounds and which leg is at home.

What the Maths Says 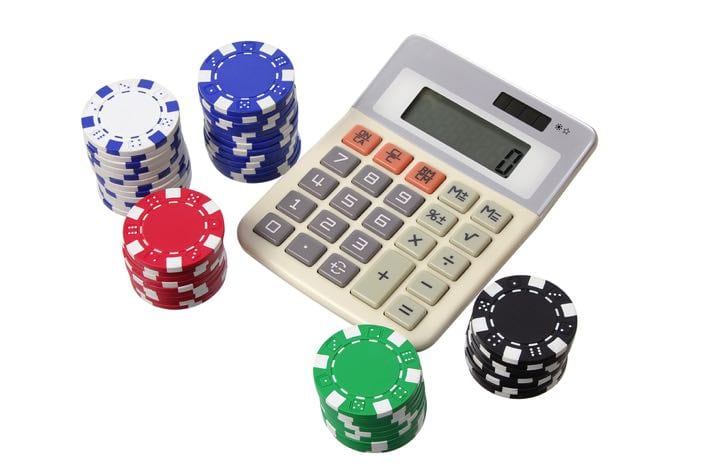 There have been countless different attempts to prove whether or not poker is a game of skill or chance in years gone by. The key question according to some is whether or not one element outweighs the other; after all, there are definitely elements of both luck and skill involved in becoming a successful poker player and winning more than losing.

Dennie van Dolder of the University of Nottingham worked with colleagues at the Erasmus University in Rotterdam and the VU University in Amsterdam to try to find a definitive answer to the question. They drew on a database of more than four hundred and fifty million player-hand observations from online games played over a year to reach their conclusions.

One of the key things that they found was that a player who ranked in the top ten percent in the first six months of play was more than twice as likely to do well in the next six months than other players. Players that were in the top one percent were twelve times more likely than others to still be in there at the end of the twelve month observation period.

The reason that matters in the skill versus chance argument is that if the game was purely one of chance then there would be no correlation whatsoever between the level of players across the course of a year. It would be entirely random and unpredictable, which the team’s observations proved it very much wasn’t, showing at least some level of skill being involved.

The key question, though, was whether skill outweighed chance. The team decided to run simulations looking at the performance of unskilled players in comparison to skilled ones. What they found was that skilled players are likely to win around three-quarters of hands against unskilled ones after around fifteen hundred hands.

In terms of how quickly the shift takes place, it’s worth bearing in mind that most online poker players will have played fifteen hundred hands after between nineteen and twenty-five hours of play. If you’d like to you can read more about the work of van Dolder and their colleagues by checking out their research article, Beyond Chance? The Persistence of Performance in Online Poker.

The reason it matters whether poker is a game of skill or chance is an entirely legal one. In the United Kingdom, for example, players don’t have to pay tax on their winnings in poker games because it is seen as a game of chance, alongside other well-known and much-loved casino games, as well as the National Lottery and so on.

There were some fears that that might change when the research of van Dolder and co. came to light, moving the game from a chance-based one into the bracket of a skill-based one and therefore no different to any other work. It’s also important to remember that venues that host poker tournaments have to pay excessive tax already, of course.

The other country where it matters is the United States of America. The 2006 Unlawful Internet Gambling Enforcement Act practically made online poker illegal because games of chance are judged much harsher than those of skill. In 2011, the Department of Justice reversed a previous decision about the 1961 Wire Act that allowed states to decide for themselves.

The 2011 decision said that the Wire Act could only be applied to sports betting in terms of banning online gambling, meaning that states could legislate individuality about online poker. The likes of Delaware, New Jersey, Pennsylvania and, of course, Nevada legalised online poker to ensure that people could play it in the US without fear of breaking the law.

The year after that decision, a judge in New York ruled that poker was more about skill than chance. It was a case brought before the Federal District Court in Brooklyn, where Judge Jack B. Weinstein was presiding. He was having to make a decision about whether a man who ran a gambling business should be prosecuted.

After hearing the arguments he ruled in favour of the man, tossing out the conviction and vacating his indictment. He then wrote a ruling that was over one hundred pages, pointing out that ‘the most skilful professionals earn the same celestial salaries as professional ballplayers’. It was the first time a federal court made a judgement about poker and gambling.

Lawrence DiCristina was the man who ran the poker game at a warehouse, taking five percent of the pot to cover costs and give himself some profit. He was arrested for running an illegal gambling business in 2011, facing as many as ten years in prison if convicted. His public defender argued that poker wasn’t subject to the law because it is not a game of chance.

One of the key witnesses in the case was Randal D. Heeb, who plays poker in national tournaments as well as being an economist and statistician. He testified that there is a large amount of skill involved during a special hearing. The judge in the case waited until the end of the trial, allowing the jury to offer its own verdict, before ruling.

The Case of Cepheus 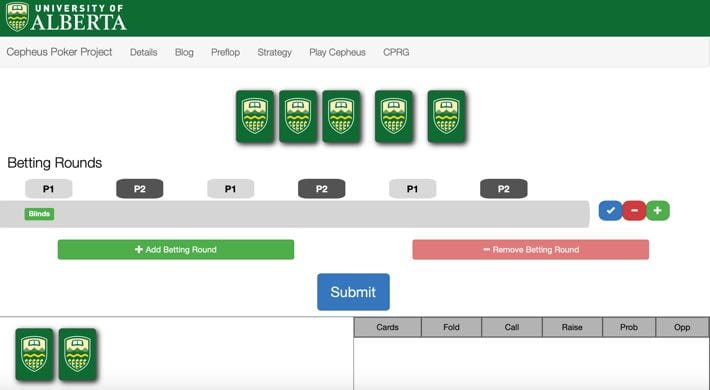 In 2015, it emerged that a computer algorithm had been developed that could play poker and virtually never lose. The algorithm was called Counterfactual Regret Minimisation and it was used for the Texas Hold’em variation of poker. Whilst it wouldn’t win every hand it played, it could play a near-perfect poker game that meant it was practically unbeatable.

The computer program played a billion billion hands over a period of months, building up a database of possible hand combinations and the plays and outcomes associated with each. You can play Cepheus yourself and you’ll likely win some hands, but you’ll almost certainly lose out to it in the long run.

The point being, of course, that if a computer program can be developed that is unbeatable then it suggests chance isn’t important. That’s not to say that it’s completely irrelevant, but if it was the over-riding factor then it’s unlikely a computer program could be created to win consistently given you can’t add luck into a program.

Previous Post: « Digital Banks & Gambling: Can You Bet Using Revolut, Monzo or Starling?
Next Post: What Was The World’s First Casino? »