The world of online gaming is witnessing one of the biggest changes for years thanks to Evolution Gaming’s decision to buyout NetEnt. The move was in a deal worth €1.8 billion, pricing NetEnt at €7 per share. The aim is for NetEnt to have a positive effect on Evolution Gaming’s earnings by 2021, putting both companies in a better position long-term and seeing a seismic shift in the way in which online gaming works.

With Evolution Gaming being a largely live casino company and NetEnt having their own live casino studios, there are plenty of questions to be asked about how the new business will operate. Evolution Gaming has a long-term vision of being a market leader for the online casino industry, with the hope being that the purchase of NetEnt will add a strong online slot presence to an already burgeoning and successful gambling business.

Who Are Evolution Gaming?

Evolution Gaming was formed in 2006, taking inspiration from the world-famous casino in Monte Carlo. The idea was to bring the excitement of a live player experience to those playing casino games at home on their computer. Agreements were soon signed with such well-known companies as Gala Coral, William Hill and VC Bet, which later became BetVictor, to supply online casino gaming to them.

Over the years that followed, the predominantly live casino platform began to develop its production studios in Riga and take on more clients, offering studios to regulars for the high-roller experience. Within two years the company had won the EGR Live Casino Software Supplier Of The Year award, whilst also being awarded the Rising Star Of The Year prize as proof that they were being taken seriously in the industry.

Not only was Evolution Gaming improving what they could offer, the company was always moving into numerous different markets around Europe. Newly gained approval in places such as Italy and New Jersey helped the company to develop, Opening studios in Malta in 2014 to match those in Riga. The likes of Caribbean Stud Poker and Dual Play Roulette were added to the roster to ensure that plenty of games could be added to new companies.

2018 saw Evolution Gaming launch its first live studio in the United States of America when one opened in Atlantic City. The company that secured a licence to operate from the Pennsylvania Gaming Control Board the following year. All of the company’s hard work was confirmed as being worthwhile in 2020 when they won Live Casino Supplier Of The Year for the eleventh time in succession at the EGR B2B Awards.

Why NetEnt Was Seen as a Good Addition

Given Evolution Gaming’s clear development in the market place, the natural question to ask is why the company felt the need to add NetEnt to its stable. NetEnt was established in 1996, ten years before Evolution Gaming came into being. It was created out of the roots of a company founded in 1963 to offer roulette and slot machines to restaurants, registering under the name of Cherry in 1972 after the cherry symbol famous on slots.

NetEnt was founded by one of the sons of the people who created that original company, believing that it was possible to offer a similar gaming experience in the electronic era. When online gaming began to take off in the 1990s, NetEnt were one of the pioneers. They launched their first online casino at the turn of the millennium and seven years later it was listed on the NGM Equity. The move to the main Stockholm Stock Exchange came in 2009.

From Evolution Gaming’s point of view, NetEnt offers a route into the slot and electronic gaming side of the online gaming industry. Whilst NetEnt might also have live casino operations, the truth is that that is the least important string to the company’s bow. The people behind Evolution Gaming obviously felt that the online gaming offered by NetEnt could be incorporated into what was already on offer, whilst the other side of the business would be invaluable.

Given that NetEnt claims to have handed more than fifty-eight billion gaming transactions in 2019, it’s not hard to see why Evolution Gaming’s board will have seen the company as a sensible acquisition. They have two hundred games that can be added to the list of those offered by Evolution, including licensed ones such as the Guns N’ Roses video slot. Their presence across Europe and in places such as the United States of America and India will also have appealed.

What the Future Holds 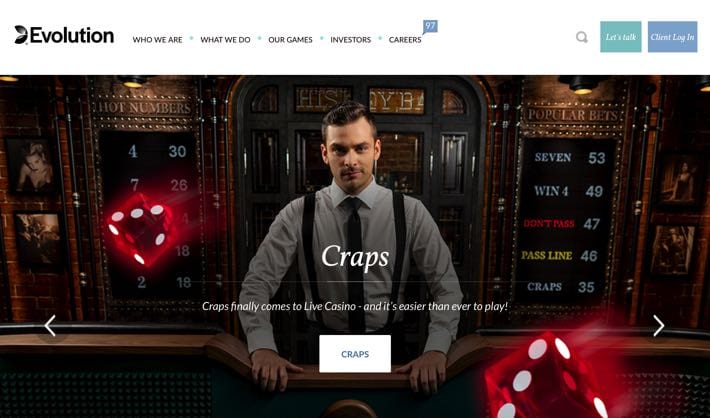 The move to bring NetEnt into the ranks has led to a rebrand for Evolution Gaming. In October of 2010 it was announced that the company would become Evolution, which seems like an entirely appropriate name for a business that it always looking to change and evolve. The idea is to ‘more accurately represent Evolution’s Activities’, with the new branding being used immediately across all fronts of the company.

There was initially some concern that the merger of the two companies might lead to a lessening of competition in the iGaming market in the United Kingdom, with the Competition & Markets Authority deciding to investigate. This resulted in Evolution extending the deadline for NetEnt to accept the offer, which was all but tied up prior to the CMA’s decision to investigate the live casino and slot specialist merging their business interests.

The reality is that the new company will be a powerhouse in the online casino world. Evolution saw its revenue rising in the three months to the end of June, with financial gains doubling to €70.4 million. The company’s gains would have been even higher had they not been forced to reduce table capacity because of the global health crisis. In fact, only the UK-facing operation reported a downturn, NetEnt also reported rising revenue during the same period.

The Chairman of Evolution, Jens von Bahr, believes that the deal was a crucial step in the company’s journey to becoming a global market leader. He feels that the ‘landmark’ deal will give the newly formed company a ‘world-class portfolio of online games’ and push them well on their way to being ‘the world leader in the online gaming industry’. The next phase of attack will be to move into the market offered by the United States of America.

How the Industry Will Respond

The key question for the rest of the online gaming industry is about how it will respond to the purchase of NetEnt by Evolution. The new company is ‘well positioned to take significant market shares’, so other companies will need to figure out how best to respond in order to stop Evolution from completely taking control of the market. It’s likely that more mergers will be coming in the months and years that follow Evolution’s evolution.

The reality is that companies will either be well-placed to take on Evolution or else they’ll need to find a way to be competitive. Losing out on market share isn’t something that any company wants, which is why the feeling in the industry is that mergers are likely. NetEnt and Evolution were both strong members of the iGaming industry before the merger, putting them in an incredibly strong position now. The general notion is that the future of iGaming is an exciting one.

Previous Post: « How Do Gambling Laws Differ Around the World?
Next Post: What Is the House Edge & How Does It Work? »