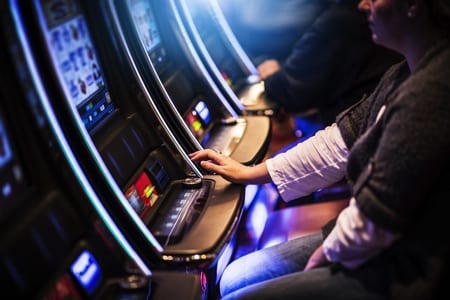 If you’ve ever been to Las Vegas and spent any time near the All-You-Can-Eat buffet, you’ll probably feel as though you’ve got an answer to this question. Obviously, when we ask about the ‘biggest’ gamblers we’re not talking about physical size but instead a number of other factors that determine how much gambling the citizens of various countries do.

Some countries have lots of people who gamble often but not necessarily in huge amounts. Others may have people who don’t gamble very often but when they do they spend large amounts of money. The various cultures around the world have their own approaches to the manner in which they approach gambling, with different spending amounts at each.

How to Define the ‘Biggest’

The United Kingdom, as an example, boasts the highest number of active gamblers on the planet. On top of that, 85% of all active gamblers are under the age of twenty-one, according to a leading expert in the field. That doesn’t necessarily mean that the UK has the biggest gamblers, but it is a large number of people gambling each week.

If you’re interested to know which country has lost the most money to gambling, meanwhile, then Australia is where to look. In 2017, stats showed that the deregulation of the industry Down Under had led to losses of $18.3 billion the year before, which was around $1,000 per person. The overall total was dwarfed by the United States of America, but per person Australia won easily.

There are the things that need to be taken into account when trying to successfully establish which country boasts the biggest gamblers. After all, Australia may well have the largest losses per person, but does that mean that it’s a country that gambles a huge amount or just one that isn’t very good at it?

Someone who places one million pound bet isn’t a bigger gambler than someone who bets £1 a million times. People losing lots of money isn’t the same thing as lots of people betting with money and winning. That’s why looking at the amount of money lost on gambling per person isn’t necessarily the ideal way of assessing whether a country is big on gambling.

Even so, it is as good a starting point as any so here we’ll look at the countries that lose the most money per head. The data we’ll look at dates from April 2017 and offers the following insights:

The figures included money lost from all types of gambling.

With Australians losing double per person than the Irish, it’s fair to say that they very much top our list. Gambling was so prevalent in the country that the central bank had to increase its interest rates. More than half of the slot machines, which are very popular, were located in New South Wales.

It’s entirely possible that Singapore will overtake Australia in the coming years, given that it only opened its first casino in 2010. That being said, the major fear in the country was gambling issues, so the government discourages it as a pastime. They’ll need to work harder, though, give the losses per adult that have been posted.

The Gaming and Lottery Act of 1956 is the thing that determines attitudes to gambling in Ireland, which means that it’s largely unregulated as an industry. The losses registered per adult will almost certainly lead to the government doing something to change that, though they’re still well off both Singapore and Australia.

Three-quarters of all Canadians have enjoyed gambling in one form or another. The largest number of gamblers can be found in Saskatchewan, boasting revenue of $841 per person. The lottery is the most popular form of gambling in the country, which is so prevalent that the government has had to discourage people from giving tickets as gifts to young people.

The last country on the list is Finland, with as much as 41% of the population of adults there gambling every week. Such was the popularity of gambling amongst young people that the legal age to do so in Finland was changed from fifteen to eighteen in 2011. The lottery, interestingly, is controlled by the Ministry of Education.

How Much Is Spent on Gambling

If the amount of money lost on gambling isn’t a fair assessment as to how big a country is in terms of gambling, perhaps the overall amount spent is a slightly better indicator of a country’s love of gambling. Then again, it could also simply show that a country has a number of rich gamblers rather than a large amount of gamblers overall.

As an indicator of this, it’s worth bearing in mind that Macau has significantly fewer casinos than Las Vegas, yet the city’s gambling revenue dwarves Vegas. Macau’s gambling scene brought in in excess of $29 billion in 2019, compared to the $6.6 billion brought in by Las Vegas. Macau is set up to entice high-rollers, meaning fewer people spending lots more money.

Even so, it is another good way to get a sense of how much money is being spend on gambling in a country, especially when you consider that Macau is the only part of China that actually has legalised gambling. Here’s a look at the biggest spending on gambling per country:

For context, the United Kingdom were very unlucky to miss out on a spot in the table, coming in second behind Germany with a yearly gambling spend of $5.3 billion. It may surprise many to see Japan and Germany higher on the list than the likes of Canada and Australia, given the previous table, but it shows you why it’s important to look at different metrics.

The Number of Gamblers

Perhaps the purest way of looking at which country is the biggest gambling nation is by looking at the number of people in the country that place a bet. It’s still not perfect, given that people could only spend £1 a year buying a scratch card but still be added to the list. Yet in the sense of people feeling a compunction to place a wager, it makes sense as a metric.

Obviously, it’s far from a flawless statistic. For starters, there is a degree of guesswork involved that uses an average and rolls that out to suggest how many people in each country gambles if the average of a small group is representative of the rest of the country. On top of that, it’s tricky to decide what makes a person a gambler.

Here’s a look at the percentage of each European population that gambles according to a report by Nottingham Trent University:

The size of the population is key for each of the European countries on account of the fact that a large percentage of a small population might not result in as many gamblers as a small percentage of a large population. For proof, look at the difference between Britain and Iceland in that table and you’ll see.

Given that the table only includes European countries, some big gambling nations have been missed off the list. It’s believe that around 80% of the 24.99 million people who live in Australia gamble, as an example. In America, meanwhile, the statistic sits at around 64% of a population that sits at close to 328 million.

Again, this is an inexact science and there are issues with this way of looking at things. Populations are always changing, for one thing, and some of the stats above may include children, who are unable to gamble. Even so, it does give you an indication of the number of people in various countries around the world who enjoy a flutter.

Last but not least, let’s look at the number of casinos in each country as a metric for whether a nation is big on gambling. As with all of the other metrics we’ve investigated, this is far from a definitive answer. Las Vegas is one of the biggest gambling cities in the world, for example, but it as popular if not more popular with people outside of the US than those that live there.

There’s also the fact that casinos are opening and closing all of the time, so the data that we publish now might well be different within a year or two. It’s still worth looking at how many casinos each country has and the amount of physical space available in order to get a sense of how important gambling is to the nationals.

Once again the UK missed out on a place on the table by a whisker, having 158 casinos over 242,495 kilometres squared. As with the table that looked at percentage of the population that gambled, it’s important to remember that the size of the country is a key factor. The United States is roughly the same size as Canada, for example, but has a significantly larger number of casinos.

Given that it’s virtually impossible to offer any sort of definitive answer to the question ‘Which company has the biggest gamblers?’, all we can really do is like at all of the factors above to try to come up with some sort of answer that gets close to the truth. None of the metrics used are perfect in and of themselves, but combined they do start to paint a picture.

It’s interesting, for example, that Canada, Ireland, Finland and the Netherlands all appear on more than one of the tables that we’ve created. This seems to be suggestive of a set of countries that are there or there about regardless of which metric you actually look at. The United States and Australia would also have appeared in more if we hadn’t limited one of them to Europe.

A definitive answer will always elude us, but you might have your own theory about which of those metrics is the most important when it comes to answering the question.

Previous Post: « What Happens If a Gambling Site Goes Bust?
Next Post: The Lottery’s Most Common Numbers: Which Numbers Have Been Drawn the Most? »