Elsewhere on the site you can read about weird bets in the sense of people betting on the likes of the end of the world. This article is also about kooky and odd bets that people choose to bet on, we’re going to try to limit it to something with a vaguely sporting background. The end of the world might well be a momentous occasion, but it’s not like it can be avoided if only someone could get a hole-in-one at St. Andrews.

The reality is that some people will bet on anything if the opportunity to do so presents itself. What might seem weird in one culture will be deemed perfectly normal in another. The idea of a tortoise race will strike many in the west as being a complete snorefest, but elsewhere in the world it could be seen as the height of sporting entertainment. Here we’ll delve into such crazy things and explore what makes them worth betting on.

Given that horse, pony and greyhound racing are all sports that are regularly enjoyed and bet on, it’s not the most outrageous suggestion in the world that donkey racing might be taking place somewhere at this very moment. Indeed, in the US state of Colorado it is actually recognised as the official state summer heritage sport. There it is known as Pack Burro Racing, on account of the burros that were used during the prospecting era.

Having been domesticated for about 5,000 years, donkeys seemed like the idea animal for gold prospectors in the United States of America. Nowadays, the animals are asked to carry the same equipment of a saddle, shovel, gold pan and pick, with human riders running alongside them in the race but unable to be carried. They can carry heavy weights and need little food or water, hence the appeal for racing.

Burro racing in Colorado has been taking place since 1949, originally asking participants to race between the towns of Leadville and Fairplay, which were separated by a mountain. It was created as a sport to stop such mining towns from becoming ghost towns, with modern day Colorado boasting a series of eight races across the state that take place during the course of the year.

It’s not just in America where donkey racing is popular, either. In Pakistan, for example, eight men were arrested for hosting an illegal donkey race, with the animal used for the purpose being held by officials. The men in question had placed bets over whether or not the donkey would be able to run 600 metres, or three furlongs, in 40 seconds. The media incorrectly asserted that the donkey had been arrested.

Elsewhere in Pakistan, donkeys are used to carry heavy weights and betting on donkey-cart races is a common activity. The race in question was due to take place in the outskirts of the city of Rahimyar Khan, with about £580 worth of rupees seized by police along with the donkey. Though local reporters turned up believing that the donkey had been formerly detained, it was just being held as evidence.

Whilst it’s interesting to see the cases of donkey racing that have taken place further afield, it’s worth noting that the United Kingdom has not been without similar such cases. Coventry has been hosting a Donkey Derby for decades. The event is organised by Coventry Leofric Lions Club and the 2017 renewal featured seven donkey races that people could bet on, with funds raised going to local causes.

When J. K. Rowling created Harry Potter, she doubtless realised that she’d invented a world that millions would fall in love with. What she may not have envisioned, however, was that real people would find a way of regularly playing the sport of Quidditch that she came up with for her novels. That’s exactly what happened in the United States of America, though, and Quidditch has grown in popularly since its formation in 2010.

Around 150 teams are available around the country, giving about 3,500 players somewhere to get involved with the sport for wizards and witches. Admittedly, the use of magic is severely lacking, with US Quidditch instead coming up with creative ways of bringing the sport to life. The fast-paced contact sport isn’t just limited to the US in terms of where it’s played, either.

The game is actually available for players in in more than 40 countries around the world, pitting seven players per team against each other at any one time. The players need to keep a broom between their legs at all times, with points begin scored by throwing a volleyball through one of three hoops that are fixed at the end of the field of play. Dodgeballs are used to knock players out, with a snitch being caught to end the game.

Whilst it might seem crazy, there is plenty to admire about the sport. The US Quidditch Organisation created a host of ‘core values’ that it feels represents the sport, including being an inclusive and respectful community. There is also a desire to strive for gender inclusivity, so the teams are mixed gender. They also, somewhat loftily, believe that the sport ‘empowers future leaders’, though they don’t explain how.

There is no suggestion that Dasher and Dancer and Prancer and Vixen,
Comet and Cupid and Donner and Blitzen have to be present for reindeer racing to be official. Nor, according to recent reports, must any of the participants have a very shiny nose. We can tell you that it is a fast sport, with reindeers capable of pulling their skiing jockeys at speeds of 37 miles-per-hour.

Indeed, when Nils Kai Ante won the reindeer racing event in 2016 with his steed Luostat, he did so by covering the finishing line 201 metres away from the starting line in 16.4 seconds; that’s faster than the world record of 19.19 seconds that Usain Bolt notched up running the 200 metres during the 2009 World Championships.

Popular in the Arctic Region

It’s a traditional sport for many in the Arctic region, with competitors travelling from all over in order to take part. Jockeys wishing to participate must be over six kilograms, with male and female athletes racing against each other. As a result, women who come under that figure need to wear jackets with lead weights in them in order to ensure that they make it past the minimum weight requirement.

If you’re thinking of placing a wager on a reindeer race then you’ll want to keep an eye out for some specific physical attributes. The best reindeers have a stock build, are strong and boast a long body. They have big feet and a long head, including a long nose. In fact, the bigger the nose is the better as large nostrils allow the reindeer to have bigger lungs and a better lung capacity for fitness.

In 2015, former National Baseball Association player, Jay Williams, went on record as saying that Micheal Jordan used to bet as much as $100,000 on games of rock, paper, scissors. It’s hardly surprising news, given that rock, paper, scissors has been used as a method of settling disputes for decades. The European Rock Paper Scissors Championship sells itself as ‘three hours of pure excitement’.

As many as 150 contestants from all over Europe take part in the competition, which takes place over seven rounds and sees people knocked out one by one until only the European champion remains. Matt Pridham from Wales won the event in 2019, whilst an all-female final between Kathrin Beinlich and Svenja Macke had eventually seen Beinlich declared the champion the year before.

When such levels of competitiveness are on display it’s hard surprising that people will choose to bet on it. That was what happened in January of 2011, when Edmund Mark Hooper and Michel Primeau got involved in a best-of-three version of the game. The wager that they placed was worth more than £296,000, with Hooper being forced to remortgage his home when he lost.

In Quebec, where the wager was placed, a contract for a bet needs the wager to be based on something that requires ‘only skill or bodily exertion on the part of the parties’ whilst also not being for an excessive amount. This resulted in the incident going to court, with Justice Chantal Chatelain giving the following judgement in 2017:

In certain precise circumstances, [rock, paper, scissors can] call upon the skill of the parties, particularly in the speed of execution, the sense of observation or the putting in place of a strategic sequence.

The Justice did, however, feel that the size of the bet was indeed excessive. As a result, the $500,000 wager was written off by the Quebec Court of Appeal when it upheld Justice Chatelain’s judgement in 2020. It’s important to note that the Justice’s original ruling did suggest that rock, paper, scissors can be a game of skill, meaning that it can still be considered a sport and therefore bet on in the future. 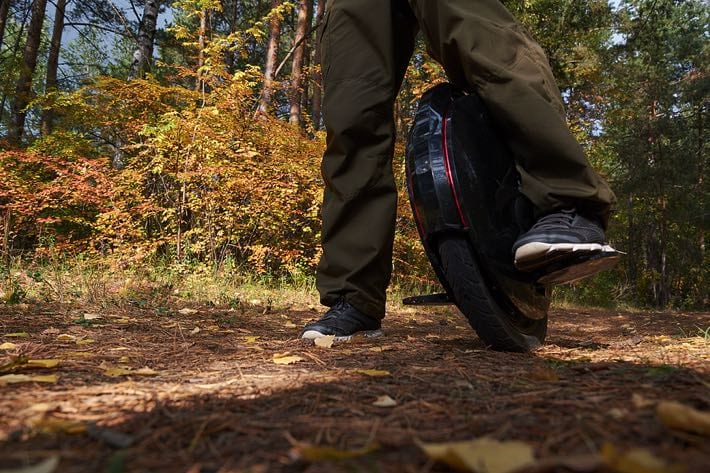 A quick look at the world of things that people can bet on includes the likes of cow-pat tossing, which happens on a regular basis in the American Mid-West. We’re not just here for small, local events that happen during summer fairs in random cities and states, however. Instead, we’re looking for the sports that see large numbers of people look to get involved all around the world, which is why Mountain Unicycling is on the list.

The adventure sport asks participants to ride across rough terrain on a unicycle, following similar tracks to those that you’d expect to find in the sport of mountain biking. The big difference is that the micro-features of the terrain play a bigger part in the outcome of micro-unicycling, whilst descents need to be far more controlled thanks to the lack of a freewheel and no gears means racing is much slower.

The International Unicycling Federation recognises cross-country, uphill and downhill events. Such racing often takes place in the United States of America, Australia, the United Kingdom, Austria and Switzerland, with spectators not shy in betting on the people that they want to win. Balancing on one wheel whilst traversing a mountain isn’t for everyone, so betting on it seems like the easier way to feel involved. 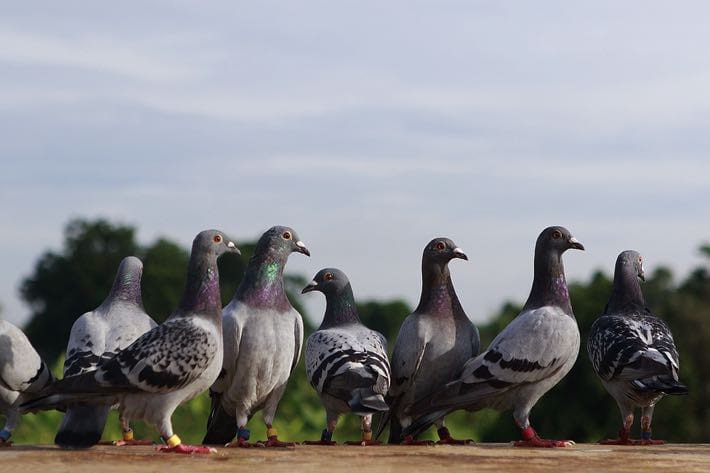 Though there isn’t any proof, there is plenty of evidence to suggest that pigeon racing dates back as far as 220 AD. It shot to prominence in Belgium during the 19th century, with the Belgians loving it so much that they began to breed specialist birds known as Voyageurs. The sport emerged out of training the birds to carry messages, with pigeon posts having been established around the world.

Pigeon racing has been described as a sport with ‘a single starting gate and a thousand finish lines’, with competing birds removed from their lofts and asked to fly home. Normally, the distance of pigeon races is between 100 kilometres and a 1,000 kilometres, though distances as far as 1,800 kilometres have been recorded. When the pigeons return to their homes, their time is duly noted.

Nowadays, one-loft racing is a popular variation on pigeon racing. This pits the pigeons that have been brought up and trained in the same loft against one another. It is considered by many to be the best way of proving the purest bloodline and the prize money for races can be significant. They are all taken to the same point and released, with the first one back home being declared the winner.

It’s fair to say that it’s a competitive sport, with pigeons often beating their competitors home by as little as one one-hundredth of a second. It’s also a sport that has had its fair share of controversy over the years, including doping scandals. Even so, the very nature of its existence means that people are willing to place bets on the winners, with events taking place in the likes of Brazil, Asia and Poland.