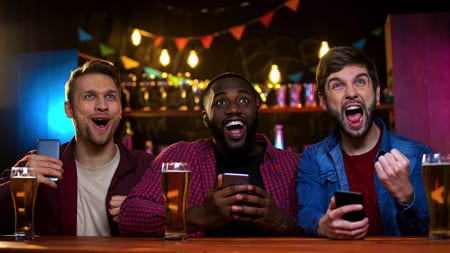 Elsewhere on the site you can read about the legality behind poker games that are played at home for money. Here we’re looking at the wider idea of gambling in venues, such as public houses, and the legality of doing so. Whilst poker tournaments and the like are obvious examples, what about pub quizzes in which there’s a cash prize or a raffle at the end to win money?

It’s also important to think about if there’s a difference between a group of friends who turn up at a pub with some cards and play a mini-poker tournament and a more organised version of the same thing. How do fruit machines or quiz machines fit into this? Are the rules the same for all form of gambling or do they differ depending on the format that they take?

The first thing to note and draw your attention to is that this page is looking specifically at public houses and the gambling laws that are in place for them. It seems like an odd distinction to make, but the rules for pubs are different from other venues in which people can buy alcoholic drinks and meals and enjoy them sitting at tables with their friends.

The United Kingdom Gambling Commission, for example, outlines the difference between members’ clubs, miners’ welfare institutes, commercial clubs and other premises that have an alcohol licence. How the law works differs for each, so it’s important that we point out that we’re only looking at public houses on this page.

The Rules for Premises with an Alcohol Licence

Pubs are, in essence, classed as premises with an alcohol licence, defined by the UKGC as a venue that ‘has a bar at which alcohol is served without a requirement that alcohol is served only with food’. The Gambling Commission is also clear about when any sort of gambling can take place, stating the following:

Gaming and the use of gaming machines is only permitted on alcohol-licensed premises during the hours that the premises licence allows the sale of alcohol.

In other words, if people can legally buy an alcoholic beverage then that can also take part in gambling activities. It’s also worth noting that the UKGC specifies that ‘gaming is only covered by the Act if it is played for prizes of money or money’s worth’, with ‘the Act’ referring to the Gambling Act that was made law in 2005.

Depends on the Prize

Whether gaming is legal or not in a pub is dictated according to the prize on offer. A pub that runs a poker tournament, for example, can do so legally during the early rounds of the tournament in which players win ‘points’ rather than anything with any monetary value.

If the points can be swapped for a prize with monetary value at the end of the tournament, however, then the competition could become unlawful. The Gambling Commission outlines the following:

Part 12 of the Act provides that,in clubs and premises with an alcohol licence, certain gaming (including poker) is exempt, subject to stakes and prizes limitations or, if appropriate permissions are held, then there can be unlimited stakes and prizes.

This means that a pub will have an exemption to provide the ability for customers to gamble on the proviso that the prize on offer isn’t too great and that the stakes being played aren’t too high. If either of those things cease to be the case then the venue in question might well be breaking the law and can be fined or punished accordingly.

The Rules on Poker Tournaments

Poker tournaments are becoming more and more popular for pubs, given that they’re seen as a good way of attracting in clients to the venue who will spend money behind the bar. The rules that apply to them differ depending on how the tournament works, especially when it comes to the prize that is on offer at the end of the competition.

The ‘Code of practice for equal chance gaming in clubs and premises with an alcohol licence’ is what determines the rules behind all forms of gambling in a pub, with local authorities permitted to ask for proof of a pub obeying the rules of the Code if and when they inspect a premises. Pubs that don’t comply with the Code can have action taken against them.

The Gambling Commission actually goes so far as to recommend that alcohol-licensed premises seek legal advice before running a poker tournament because how the event is structure will alter whether a venue is licensed to run the tournament or not. Firstly, the prize for the winner cannot amount to more than £100, even if that is made up of a combination of things.

This includes instances where there is no ‘final’ at which an overall prize is at stake, but rather where players can win amounts as the tournament progresses. In such an example, the Commission says that ‘one should look to the individual games played by the overall winner and ensure that the overall prize does not cause any of those individual games to exceed the maximum £100 prize limit per game and the maximum stake of £100 per day.’

Another thing to note is that ‘linked gaming’ is not permitted. That is to say, if players are competing for a prize then the prize can only be available at that venue. If other venues are offering the same prize then the games are linked, which is illegal. There’s no problem hosting poker leagues, provided they’re not linked to similar leagues in other premises.

If people wish to hire a part of a club, such as a function room, in order to play a private poker tournament or game then that is allowed. The pub must make sure that the area used is not accessible by the public, however, and the players selected for the game cannot be random members of the public. Equally, no charge can be made for participation.

Away from poker, the Gambling Commission has a specific set of rules when it comes to what it refers to as ‘equal chance gaming’. Whilst it has no legal force, it is admissible when it comes to criminal proceedings. The Code of Practice outlines what is acceptable in pubs to ensure that equal chance gaming is exempt from any licensing requirements.

Other than dominoes and cribbage, there is a stake limit of £5 on all gaming types. Equally, pubs are not able to impose a levy or deduct anything from stakes for their own benefit. Any gaming must be carried out where staff can see what is happening. Pubs should do everything possible to prevent underage gambling.

Any equipment necessary for the game should be provided by the pub and locked away securely when not in use. Any rules that apply should be clearly displayed or, if that’s not possible, available for players to look at in their own time. 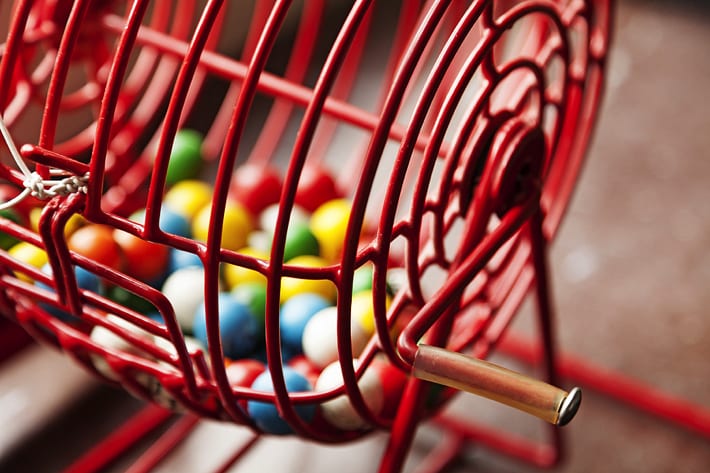 Bingo is another game that has different rules to other gaming types and so gets its own set of provisions from the Gambling Commission. It is still thought of as being a game of equal chance and so the rules and regulations that are in place for other equal chance games remain in play, with others added specifically for bingo.

One such thing worth noting for a pub considering hosting a bingo night is that their designated person will need to contact the United Kingdom Gambling Commission if the total prize money given out in bingo games over a seven day period will exceed £2,000. That is both in terms of monetary prizes and prizes that have a value attached.

What If It’s for Charity?

In the event that something is being organised in a pub in order to raise money for charity, the laws and rules change again. Local authorities are able to consider applications to do something for charity on a case-by-case basis and have the ability to relax the laws around low stake gaming. The issues comes about if the pub stands to make money from the event.

If, for example, a charity poker tournament was being hosted by a public house and the pub in question was selling drinks and meals to participants in the normal manner then the publican would stand to make a gain from hosting the event. This would then compromise the ‘not for private gain’ aspect of the event and may therefore make it an illegal enterprise.

If that is not the case, however, and someone genuinely wants to host an equal chance game for the purposes of raising money for charity, the entrance fee for such an event would be £4 per day and the prize cannot exceed either £400 or £700 in the last of a series. The amount that is raised for the good cause and how much is raised from the sale of food and drink is relevant in evaluating the event. 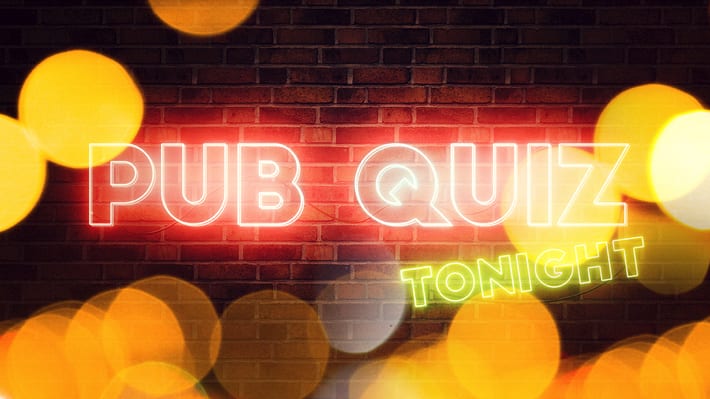 Whilst poker nights and poker tournaments are an ever-increasingly popular way of attracting customers into a pub, they are targeted at a very specific audience. Pub quizzes, meanwhile, tend to appeal to a much broader group of people and can see the number of guests eating and drinking in a public house increase by large numbers when they’re on.

A pub quiz that doesn’t have any sort of prize attached to it will be legal in every sense, given that it is essentially just the asking of questions to test the knowledge of those present. When things become slightly different and pubs might have to think about the legal ramification is when there is some sort of prize available at the end of the quiz.

Pub quizzes still fall under the same rules that apply to forms of gambling, so the maximum entrance fee will be £5 per person, the most that can be won is £100. It doesn’t matter whether it’s a cash prize or vouchers that can be spent on food and drink behind the bar, there’s still a limit to how much can be won either as cash or a cash equivalent.

It’s also true that a quiz that doesn’t offer a prize for the winner but that has a raffle or other game attached will also need to obey the same rules. You might think that the raffle you play or organise won’t be at risk of breaking the law because it’s only £1 to enter, but if you roll it over from one week to the next if it’s not won then you’ll need to look out at what the prize becomes.

Previous Post: « What Happened to WBX? Regulatory Burdens Too Much for the World Bet Exchange
Next Post: How Do Megaways Slots Work? Play With Up to 117,649 Paylines! »