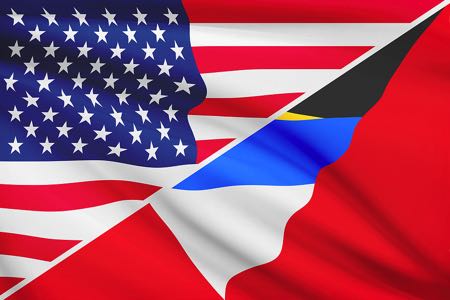 There are some things that most people assume will always be seen as illegal, with piracy being high on the list. Yet in 2007, the World Trade Organisation gave Antigua the right to violate copyright protections that were in place on goods such as film and music from the United States of America. The decision came because of a dispute between the two countries about online gambling, with the WTO deciding that the US had incorrectly blocked online gaming operators that were based in Antigua from operating in the States.

The dispute originates from when Antigua decided to launch a gambling industry in order to help itself cope with the declining tourism revenue that it was receiving. The United States of America banned citizens from playing on gambling sites that were based in Antigua, even at the same time as it was allowing punters to place bets on horse races online. This, the island state felt, cost them huge sums of money, so they appealed to the World Trade Organisation and the body agreed, saying that the US should pay compensation. 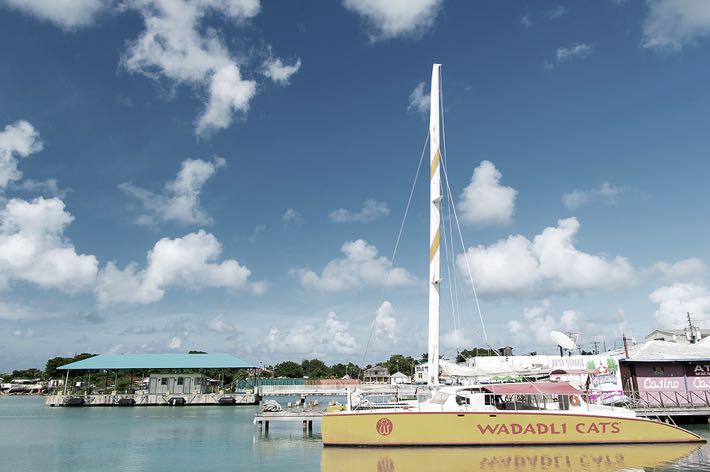 Antigua is a small island in the Caribbean and a former British colony. Having realised that its tourism revenue was dropping, the country decided to attract international business by being a haven for licensed internet gambling, being legal and well-regulated. It was also a member of the World Trade Organisation, the 149-member body that encouraged trade between its members, with the United States of America also being a member. A treaty, known as the General Agreements on Trade in Services, saw WTO members encouraged to trade things other than tangible products.

Antigua felt that internet gambling was a fair service, stating that the US’s decision to ban internet gambling meant that they were violating the GATS, turning to the WTO to help settle the dispute. The allegation was that the United States’ prohibition of cross-border gambling as well as its policies on internet gambling stopped banks and credit card companies from honouring Antigua’s online gambling transactions. This was seen as a definitive block to what should be free-trade service activities, with more than 50% of the country’s market coming from customers in the US, causing companies to close.

There was a fear from Antigua-based gambling companies that they would caught up in indictments and civil forfeiture actions in the US, so 119 such businesses were reduced to 28. Employees that worked in the online betting sector went from about 3,000 to 500, so it was entirely reasonable for the island nation to feel as though it was under threat from the US. Indeed, the American government decided to indict 21 people, including a US citizen, who operated in Antigua, with Jay Cohen being sentenced to 21 months in prison, almost as a message to the Antiguans.

When the World Trade Organisation got involved, it decided that the United States was indeed in violation of GATS, on account of the fact that it had failed to exclude gambling from its GATS commitment. In other words, the US could have chosen to say that any gambling operators wouldn’t be included in the trade agreement, but it didn’t. That is precisely what Canada and around ten other countries chose to do, but the fact that US didn’t was a huge victory for Antigua and its betting and online gambling industry, opening the door to what followed.

It was also noted that the December 2000 amendment to the Interstate Horseracing Act could have allowed operators in the United States to engage in legal interactive horse racing between states. This was another opening that went in Antigua’s favour when the incident was looked at by the WTO. The idea seemed to be that such a form of betting could take place from one US state to another, therefore meaning that the same kind of betting could be allowed from an outside jurisdiction. The outside jurisdiction in this case was Antigua, who won every major battle with the WTO.

What the WTO Decided

The World Trade Organisation heard the arguments of both countries and decided in favour of Antigua and Barbuda. An arbitration panel of the WTO granted the archipelago’s request to levy trade sanctions against the United States’s intellection property, which it could do by lifting the copyright on films and music, for example. This would allow the country to sell such things itself, which was obviously hugely concerning for those based in Washington. That was in addition to a ruling that the US should pay Antigua $21 million a year.

That fell short of Antigua’s own expectation that it should be paid $3.44 billion in what it referred to as ‘cross-retaliation’, which would allow it to seek damages outside of the original service sector that the dispute had arisen in. The US, meanwhile, had made the argument that Antigua was only entitled to about $500,000 in compensation. As a result, Sean Spicer, a spokesperson for the US Trade Representative Susan Schwab, said that the country was happy with the figure that the WTO’s arbitrator had reached.

Spicer said, “The United States is pleased that the figure arrived at by the arbitrator is over 100 times lower than Antigua’s claim.” Unsurprisingly, the US wasn’t keen for Antigua to remove copyright on intellectual property rights until a final settlement on the dispute had been reached. Spicer said, “[That] would establish a harmful precedent for a WTO Member to affirmatively authorise what would otherwise be considered acts of piracy, counterfeiting or other forms of IPR infringement.”

For his part, the lawyer that represented Antigua in the dispute was happy enough. Mark Mendel said, “That has only been done once before and is, I believe, a very potent weapon. $21 million a year in intellectual property rights suspension going forward indefinitely is not such a bad asset to have.” The WTO felt that the US should have opened up access in other sectors to any interested countries if it was to remove gambling from the GATS, but that didn’t happen. As a result, Antigua felt that it was owed the compensation that the World Trade Organisation had said that it was owed.

In 2013, Antigua confirmed that it would open a Pirate Bay-like site for US movies, games and music if the United States of America failed to pay the compensation that it owed. It had sought permission from the World Trade Organisation to ignore the copyrights of such things and received its authorisation. Yet it chose not to do so immediately, instead saying that the main hope was that a deal could be reached with the US government that would mean that such a move wasn’t necessary. Both sides continued to posture over what would happen next.

Antigua’s Finance Minister, Harold Lovell, said, “We once again ask our fellow sovereign nation and WTO member, the United States of America, to act in accordance with the WTO’s decisions in this matter, before we move forward with the implementation of the sanctions authorized this day by the WTO.” The response from the US’ Trade Representative was one filled with warnings and threats, should Antigua decide to move forward on a plan to open a file-sharing site that would have breached US copyright laws. A statement from them read:

The United States will not tolerate theft of intellectual property and will take whatever steps are most efficient and effective to prevent this from happening. Throughout this process, the United States has urged Antigua to consider solutions that would benefit its broader economy. Unfortunately, Antigua has repeatedly stymied these negotiations with certain unrealistic demands. While an arbitrator in this dispute has determined that Antigua may apply suspension of concessions, no WTO Member has taken the extraordinary step of applying a suspension of intellectual property rights. 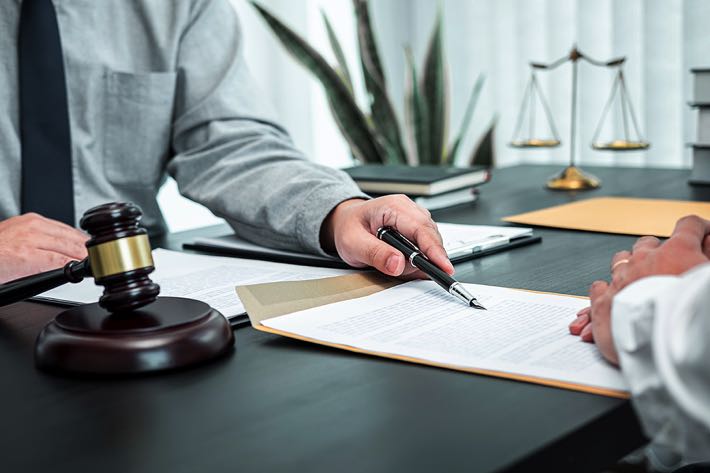 Over the years that followed, the matter was one of threats and counter-threats. Antigua continued to tell the United States that it would open a site that would violate US intellectual copyright laws, whilst the United States government maintained that it would retaliate if Antigua did so. In 2016, the government of Antigua and Barbuda told the WTO Dispute Settlement Body that it would move forward with its plan to open such a site if the US failed to comply with the DSB’s ruling in the long-running dispute over online gambling.

At that point, the issue had been going on for 12 years, yet no compensation had been paid by the US government. Antigua claimed that it was owed in excess of $250 million, which was about a quarter of its total GDP. The representative of Antigua and Barbuda said that it was ‘a meaningful sum of money’, with the loss of it having ‘significantly retarded our economic growth and social development’. In comparison, ‘the paltry sum of point nought, nought, nought, three per cent (.0003%) of only one year of the US’ Gross Domestic Product.

The US had offered Antigua $2 million that year, but it had been rejected. The country cited the $440 million that the United States had paid Brazil in cash payments ‘and other ways’ in 2010 and 2014, which came after the 2010 award to Brazil of the right to suspend payment of intellectual property rights to the US as compensation for trade losses. Antigua and Barbuda Ambassador Sir Ronald Sanders told the WTO, “It cost my small country much more than $2 million simply to bring the trade dispute to the attention of this Body.”

By 2018, Antigua and Barbuda was ‘losing all hope’ that it would be able to reach a financial settlement with the United States. The country’s Ambassador told the World Trade Organisation that it had, by then, lost $315 million, having opted to seek a settlement rather than attempt to set up a site that would allow it to ignore US intellectual copyrights. Sanders said, “We continued to hope that a sense of justice and fairness would prevail. But, we are now losing all hope.” He referred to the attempts to engage the US as ‘exhausting’.

What the country wanted more than anything, he said, was a ‘mediated solution that would bring much needed relief after these arduous 15 years of damage to our economy’. From the point of view of trade experts, Antigua’s case served to highlight the problem with the WTO system, insomuch as smaller countries have little leverage with which they can enforce rulings that go against the world’s economic super powers. As the country doesn’t have a representative permanently posted at the UN, it has to repeatedly send a representative over to plead its case.

At the time of writing, there is no sign that the United States plans to pay Antigua and Bermuda the compensation that it owes the archipelago. Instead, the small island nation has missed out on more than a decade’s worth of payments of $21 million, which the World Trade Organisation says that it is owed. Little wonder, then, that smaller countries are never sure they’ll win against the bigger ones, which might help to explain why Antigua has yet to carry out its threat to open a Pirate Bay-style website that gives away US intellectual property for free. It might have been told that it can, but if the US sued, would it win?

Previous Post: « The Hole in One Gang: Meet the Golf Punters Who Beat the Bookies
Next Post: The Grand National That Never Was: What Happened in 1993 »