It’s easy to get so lost in the way gambling laws work in your own country that you don’t even think that they might be different somewhere else. For most British people, the thought of gambling in another country such as America or China will flag up thoughts of cities such as Las Vegas and Macau, forgetting that in many other places in those two countries gambling is much more restricted. That’s just too examples, with other countries being equally complex.

Britain has some of the most liberal gambling laws in the world, even if the activity of betting is well regulated in the United Kingdom. If you’re sixteen you can buy a lottery ticket or a scratch card, for example, whilst those aged eighteen and over can bet on whatever they want. How, then, do British gambling laws differ to other countries? Obviously we’re not going to look at all one hundred and ninety-five countries, but we’ll take something of an overview of the biggest ones.

Countries Where Gambling Is Legal

It would be lovely to tell you that gambling legislation around the world is nice and simple, but that would be a lie. In reality, different countries have different rules depending on where in that country you find yourself, let alone various continents. Here’s a sweeping look at the countries where gambling is legal in at least some form.

Let’s start by having a look at other countries where it is legal and acceptable to gamble, at least in some form or another. In Europe, for example, Germany and Spain join the United Kingdom in having large gambling markets. It’s also legal to gamble in countries such as Albania, Austria, Bulgaria, Belgium, Croatia, Denmark, Greece, Hungary, Ireland, Italy, Norway, the Netherlands, Portugal, Romania, Sweden and Serbia.

It is legal to gamble in countries like France, Iceland, the Czech Republic, Russia, the Ukraine and Poland, but that is mainly such things as bingo, casinos and sports betting. Online betting is either illegal or frowned upon, demonstrating that even in a block like Europe the rules aren’t straightforward or one-size-fits-all. Indeed, head to Germany or Italy and you’ll find two countries where gambling legislation is far from clear and simple.

The United States of America 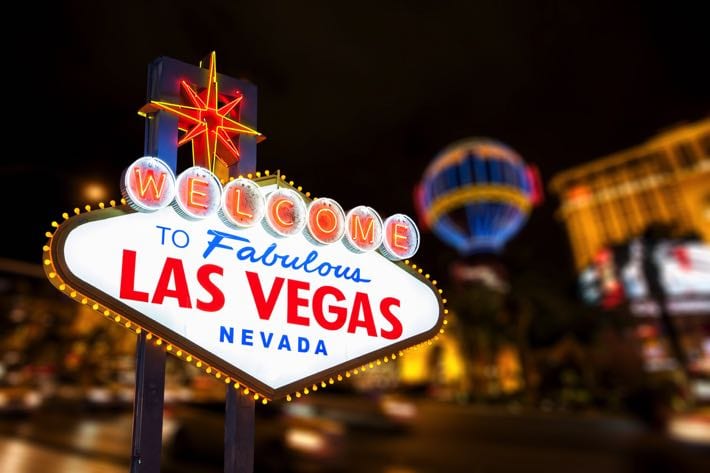 Speaking of countries where gambling legislation is far from clear and simple, that feels like it should be the motto when it comes to a wealth of things in the United States of America. The fact that each individual state is allowed to legislate its own laws means that you could be doing something totally legal in one state but breaking the law by doing the same thing in a different one. Add into that native American land and you can see why it’s so confusing.

As an example of how confusing things are in the United States, let’s consider the fact that Nevada is the home state of Las Vegas, the biggest gambling city in the world. Yet there are only three states in the US where every sort of gambling possible is allowed and none of them are Nevada. They are New Jersey, Delaware and Pennsylvania, whilst in Hawaii and Utah gambling is illegal in every way, shape and form.

Professional and Amateur Sports Protection Act of 1992 had served to outlaw sports betting in all but a select number of states, but in May of 2018 the United States Supreme Court declared that law to be unconstitutional, relaxing the way for more gambling around the country. In truth, we could write an article about the gambling laws in the United States that is as long as this article in total, but in short it’s easier just to way that it it legal in most states.

There is, perhaps, no better place in the world to explain the craziness of gambling legislation than South America. Head to the likes of the Dominican Republic, Panama, Costa Rica, Argentina and Peru and you will find that gambling is legalised and widely accepted, regardless of the form of gambling that you wish to be involved with. You can also gamble in both Chile and Brazil, provided you’re doing so in person. In Ecuador, meanwhile, gambling is completely illegal.

So far so normal, you might think. Where things get a bit strange, though, is when you try to gamble online in Chile and Brazil. It’s not that there is a blanket ban on such an activity, which would make some sort of sense. Instead, you aren’t allowed to gambling online on sites that are based in those two countries. It is only legal to gamble online on websites that are located outside of those two countries, so foreign sites are fine to use.

South Africa has more than forty land-based casinos, which fits in with many other African countries. You are free to bet both online and offline in thirty of the fifty-four African countries, with the biggest names in the business being the likes of Morocco, Kenya, Egypt and, of course, South Africa. In fact, there are many within the gambling industry that are of the belief that Africa is fast becoming one of the biggest gambling continents on the planet.

The biggest issue when it comes to gambling in Africa isn’t finding somewhere to do so, but rather to ensure that you’re doing it legally. Unlicensed sites pop up quickly across the continent and it is both the people behind such sites and those that use them that face the consequences of them being discovered. If you use an unlicensed betting sites in Africa then you can be presented with a fine or even time in jail for doing so, along with losing any winnings you amassed.

When it comes to gambling, things are no less confusing in Asia than elsewhere in the world. You might think that with most of the Middle Eastern countries being Islamic it would be straightforward and in some ways you’d be right. Yet when you look at somewhere like the United Arab Emirates you’ll find countries where gambling is mostly outlawed but a county like Dubai that houses a number of big casinos.

Israel is another country where you might expect gambling to be outlawed but in actual fact it has a lot of casinos, whilst Lebanon allows casino gambling but not other forms. Japan allows land-based casinos to operate and for people to bet on sports online, whilst Taiwan only allows betting on sports. China has a ban on all but sports betting, unless you’re in Macau where you’ll find one of the world’s largest gambling centres.

In Thailand, betting is frowned upon and only allowed on foreign-based websites. In Malaysia there is a casino, as there is in South Korea. Otherwise betting is banned in both locations, with South Korea permitting sports betting both in person and online. Vietnam is another country where land-based casinos are available but they’re specifically limited to tourists and foreigners, with everything else banned and police clamping down on online betting.

There are regional subject areas of Russia where gambling is legal, which are the regions of Altai, Krasnodar, Kaliningrad, and Primorsky. Gambling activities can only be arranged by legal entities that are registered in accordance with the procedure set out within the Russian Federation. Crimea and Sochi were added to the list of areas where gambling is permissible in Russia in 2014, thanks in no small part to the fact that Sochi hosted the Winter Olympics that year.

Sports books and lotteries that are state-run are legal across the country, though there are only a limited number of each. The good news for bettors in Russia is that the taxation level on gambling winnings is relatively low, sitting at 13%. If you win money at a casino then you’ll need to fill in a tax return form, whilst if you do so with a bookmaker then it is the job of the bookie to declare the tax amount and take it from your winnings.

Countries Where Gambling Is Banned

As with looking at legal gambling, to look at illegal gambling would be too time-consuming and lead to too big of an article. Instead of going back over the same territory as elsewhere on this page, we’ll instead concentrate on the countries that have a blanket ban on gambling and consider what you can do if you find yourself located in one of those places.

The Cambodian government chose to ban all forms of gambling back in 1996, doing so as a result of citizens of the country struggling with gambling addiction in the past. The only exception to this rule comes in the form of private lotteries that the government sponsors. The good news for people heading to Cambodia and hoping to gamble is that it is ok for foreign citizens to get involved in some gambling, with casinos dedicated to this very purpose.

Whilst there do exist certain online casinos that are specifically aimed at Arab gamblers, the majority of Middle Eastern countries are Islamic in nature and therefore have a zero tolerance attitude towards gambling. In reality, the strictness of the laws surrounding gambling in the Middle East depends entirely on the nature of the government. Some are minded to turn a blind eye to it, whilst other see it as a grave sin.

A good example of the latter comes in the form of Qatar. All forms of gambling, including sports betting, have been made illegal in the country. Qataris who don’t approve of this soon started underground gambling, but it is obviously clamped down on by the authorities. It is a major risk to engage in gambling in Qatar, which really begs the question about how, exactly, the country was awarded the FIFA World Cup for 2022.

Perhaps somewhat unsurprisingly, the North Korean government is not keen on gambling. Those in power in the country have strict control over what their citizens get up to, stopping them from gambling either online or in person. There is, however, one casino in Pyongyang that is aimed at visiting tourists who are allowed to gamble. In order to do so, though, people must be on a government approved private tour.

If you’re a big traveller then it’s not out of the realms of the possible that you might find yourself in a country where gambling is forbidden but keen to place a bet. The most important thing that you can do is to check the local laws, if for no other reason than lots of countries have made exceptions around gambling for visiting foreigners. You don’t want to be in a situation where you want to gamble, think you can’t and only realise after you’ve left that you could have.

There is, of course, the ability to use a VPN, or Virtual Private Network, to ‘spoof’ your location as being somewhere other than where you actually are in order to place bets online. You need to be extremely careful when doing so as the strictest countries out there have laws forbidding exactly this sort of behaviour. The worst thing that could happen is that you found yourself on the wrong side of the law in a country simply because you wanted to have a quick flutter.

The other thing to bear in mind is that some countries will react differently to discovering someone betting than others. There is a complete ban on any sort of gambling in Afghanistan, for example, as there is in Cuba. The reaction from the Cuban authorities is likely to be different to those of the Afghans, though it’s probably not worth taking much of a chance in either country if you don’t want to pay a huge fine or even go to prison.

Previous Post: « Older Casino Games Will Be Gone in a Flash After Adobe Drops Support
Next Post: Evolution’s €1.8 Billion Takeover of Netent Will Create a New Gaming Powerhouse »