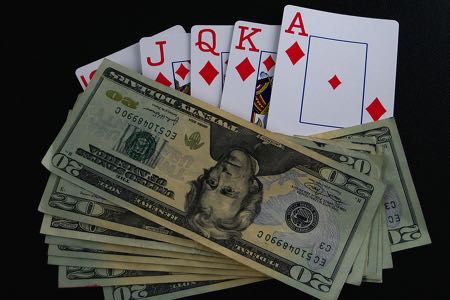 There are few things that cause as much worry and concern to the gambling industry as money laundering. It is a serious crime that the United Kingdom Gambling Commission has worked hard to stop from taking place in the businesses that it offers licences to, yet it continues to happen on a consistent basis. The act of taking money that was obtained illegally and ‘washing’ it to make it look like it was obtained legally is something that can be done relatively easily in the world of gambling, with the criminals involved suffering just a small loss.

The question is, just how big of an issue is it? According to the United Nations, between two and five percent of the global Gross Domestic Product is laundered every year. That is somewhere in the region of £800 billion to £2 trillion, with the exact amount impossible to work out because of the clandestine nature of money laundering as an activity. Though money laundering might seem like the sort of thing that only benefits criminals, it can also be used to finance the likes of terrorism, which is why it’s such a major problem.

What Is Money Laundering? 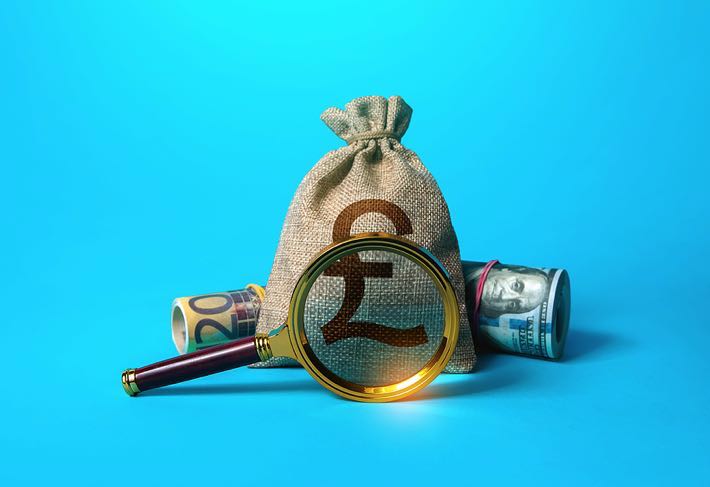 The first place we should start is by exploring what, exactly, money laundering actually is. The United Nations Office on Drugs and Crime point out that it was addressed in the UN Vienna 1998 Convention, with Article 3.1 going so far as to offer a description of money laundering. The Article said it is:

The conversion or transfer of property, knowing that such property is derived from any offense(s), for the purpose of concealing or disguising the illicit origin of the property or of assisting any person who is involved in such offense(s) to evade the legal consequences of his actions.

In other words, taking money that was gained illegally and converting it into money the origins of which would be impossible to track. They believe that money laundering follows three stages before it is released into the legal financial system, which are as follows:

That isn’t the say that each money laundering case follows all three stages. It is possible, if not likely, that some of the stages will be combined together, for example, or even repeated a number of times. This is especially true when it comes to disguising the trail of where the money came from. A good example of this would be drug money, which is often divided into several smaller amounts that are deposited and transferred as payments to shell companies, combining the placement and disguising stages.

Where Did the Phrase Come From?

It has been a long-held belief that the phrase ‘money laundering’ came from the fact that Italian businessmen, such as Al Capone, used to purchase cash-only laundromats in order to use them as a front for the amount of money that they were making illegally. The idea was that they would mix the money from their ill-gotten gains in with the ‘clean’ money of the laundromat and when they received the payout from the laundromat it would be impossible to tell it had ever been gained from crimes and practically untraceable.

Using cash-only laundromats was a common technique for members of the mafia, taking place as early as the 1920s. As they earned more and more money in the United States of America, however, laundromats alone weren’t enough to explain where they were getting such vast sums of money from. That is why Al Capone was eventually taken down for tax evasion, simply because the money laundering operation became too big and too complicated for the mafia to do it without keeping notes of what was going where.

Meyer Lansky, often referred to as the ‘Mob’s Accountant’, is the man generally credited with pioneering the modern technique of money laundering. Instead of opening laundromats or the like, Lansky used Swiss bank accounts and disguised his illegal money as loans from foreign banks. He said that the were revenue, meaning that he even made them tax deductible. The first actual use of the phrase ‘money laundering’ came in 1961, later being popularised in the wake of the Watergate Scandal, being widely used around the world since.

Why Gambling Is Ideal to Money Launderers 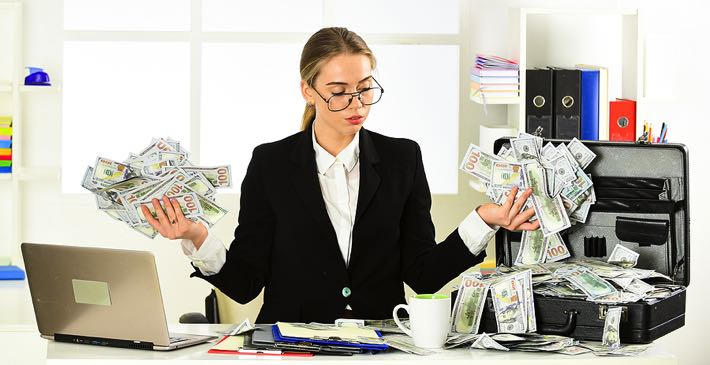 There will always and forever be a temptation for criminals to use gambling as a means of turning bad money into good. It is easy to understand why, too. In a real-life casino, a criminal can walk up to the money counter and exchange their cash for chips. The cash disappears into the casino’s bank vault, whilst the criminal can return some time later and ask for their chips to be exchanged into a cheque. Even if it is paid back in cash, the money that the receive from the casino is unlikely to be the same as the money they deposited in the first place.

Indeed, even if it is the same literal cash, it can still be explained away as winnings from the casino. Most criminals will accept a small percentage loss on their money in order to actually gamble with it, so they will often play games with a low House Edge in the knowledge that they will likely emerge with most of their money, provided they don’t gamble for too long. Indeed, if they are extremely lucky and well-disciplined then they could come away with more money than they had in the first place.

The likes of Fixed-Odds Betting Terminals were a boon for criminals looking to launder their money. They could load up large amounts of cash into the machines, play a little bit and loose a small sum of money, then print out a receipt to ‘prove’ how much they had won, exchanging this for cash at the counter of a casino or bookmakers. Nowadays, the proliferation of online betting sites has made it even easier for criminals to launder their money, especially if they are patient and willing to break it down into smaller amounts.

Though there is information that bookmakers need to receive from people setting up accounts, it is possible for criminals to set up tens of new accounts with small bookies and betting companies online, allowing them to launder vast sums of money at the same time by breaking it down. If you’re depositing £200, say, you’re less likely to catch the attention of a business worry about money laundering than if you were to deposit £20,000. This makes it very hard for companies to spot the money laundering, with paper trails looking entirely legitimate.

What Is Being Done to Stop Money Laundering

Knowing that as much as £2 trillion a year is being laundered is one thing, but knowing how to stop it from happening is something else entirely. The Gambling Commission is constantly looking for ways to stop criminals from using betting sites to launder their money, though it isn’t always easy for them to do so. Even what constitutes money to be laundered can be debated and discussed, though it is typically money gained from the likes of robbery, drug dealing and other criminal enterprises that needs to be ‘cleaned’.

The regulations but in place by the UKGC apply to both remote and non-remote casinos and gambling establishments. They need to carry out risk assessments and requirements in terms of written policy procedures and internal controls, as well as record keeping, training and Customer Due Diligence. One aspect of the latter is often referred to as Know Your Customer, with a betting site required to understand who their customer is and where their funds have come from. If someone can’t show where their money is from, there is a risk of money laundering.

The Gambling Commission is responsible for providing information and guidance to companies on their money laundering responsibilities. They offer a single point of contact for those wishing to know more about money laundering and intelligence around the issue, as well as work to raise awareness of it as a problem. The integrity of the licensed sector must be maintained at all times, which is what the UKGC aims to ensure is the case.

Anti-money laundering work by the Gambling Commission is carried out via the likes of questionnaires, information requests and reviews of files kept by casinos. This can also extent to site visits, checking up on the anti-money laundering practices that licensed companies have in place. On top of that, the Gambling Commission can look to gain information from other sources, including law enforcement agencies, supervisors, employees and so on, ensuring that businesses are up to speed.

What Can Businesses Do About It? 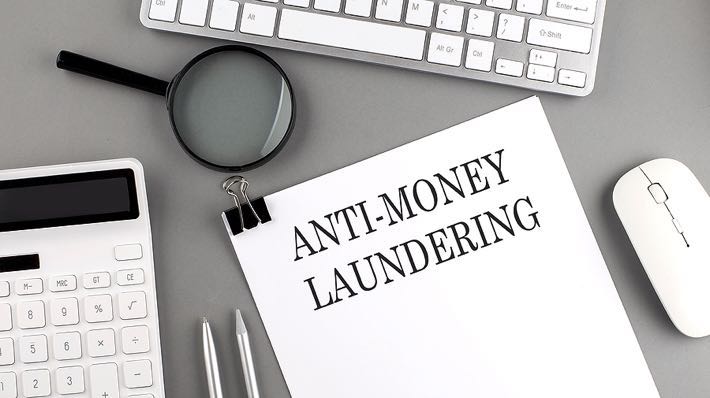 The reality is that it is very difficult for businesses to know when clients are engaging in money laundering operations. There are certain things that they can keep an eye out for, though. The likes of increased spending patterns, an amount of spending that is inconsistent with the source of income and unusual patterns of play are all signs that a customer may be engaged in money laundering. There should be procedures in place in order to ensure that there is a good relationship in place with customers, so that unusual activity can be investigated and explained.

When it comes to online betting companies, there are numerous different ways that automation can be used in order to monitor a customer’s activities. Any concerns will be flagged up, with a human being then investigating the matter further. Companies are then liable to disclose any concerns that they might have that a customer is engaged in money laundering, even if this is only an unproved suspicion at the time. This information must be sent to the National Crime Agency, with a specified officer being required to do so.

The Consequences of a Breach of Money Laundering Protocol

As you might imagine, there are consequences in place for companies that breach their money laundering requirements. In the most serious instances, operators can lose their licence and the nominated official responsible for reporting money laundering suspicions can even end up facing a criminal sanction. Whilst those things can be depilating for operators, they are not as difficult for them to cope with as large fines. As a consequence, the UKGC has begun the practice of issuing such fines to operators that fail in the money laundering obligations.

In 2020, for example, Betway was issued with a fine of £11.6 million. This was issued after the company endured numerous failures around the correct money laundering procedures. When a company fails to carry out its own anti-money laundering policies, or the AML policies on offer are inadequate, the Gambling Commission will move to correct the oversight. This is why companies will often ask you to fill in forms on issues, such as your identity and where your money comes from, knowing that if they don’t then the UKGC could issue them with a fine stretching into the many millions.

Previous Post: « No Locals Allowed: The Casinos That Only Tourists Can Visit
Next Post: Worst Performances by a World Cup Host »