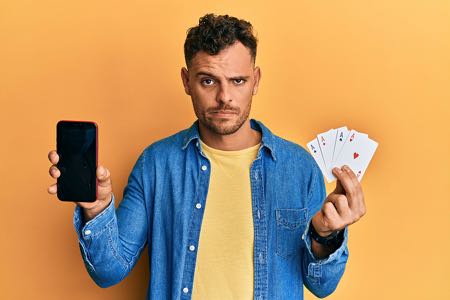 The moment that the government decided to introduce maximum stakes rules to Fixed Odds Betting Terminals, many felt that the writing was on the wall for gaming more generally. The decision, which saw the maximum stake drop from £100 to £2, resulted in many bookmakers closing shops up and down the country. They cited the lost revenue from FOBTs as the main reason, such was the extent to which the machines were a major contributing factor to bookies and their net win margins. That limits could be put in place in other areas of the betting industry understandably has some people very concerned.

Not all people are against such a thing happening, however. Flutter Entertainment, the parent company of the likes of Paddy Power, Betfair and Sportsbet, announced in September of 2021 that would be limiting deposits for under 25-year-olds to £500 per month. The aim of this limit is to stop young people from losing too much money in a short space of time, with only those able to prove that they can absorb such losses able to extend their limit. The question is, will such a move become mandatory across the board?

The Concept of Limiting Losses 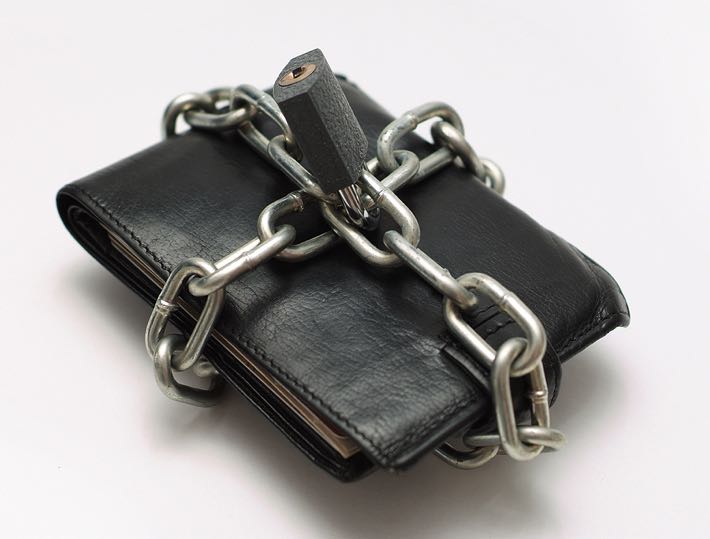 People gamble. Whether it is legal in the country that they reside in or not, history has taught us that people will find a way to have a flutter in basically all circumstances. That is not an issue in and of itself, but for some people the desire to gamble trumps all other concerns. As a result, they can easily develop to become problem gamblers, betting more than they can afford to lose and even borrowing or stealing in order to fund their gambling habit. One of the ways some people think that this can be stopped is by introducing a loss limit.

A loss limit says that a person can only deposit a certain amount of money into a betting account during a given period of time. How much that is and how long a period is a matter of debate, though it’s not uncommon for people to consider a limit of a couple of hundred quid over the course of a few weeks to a month. If people are unable to cope with such a limit on their gambling deposits, there’s an argument that they shouldn’t be allowed to place bets in the first place and therefore the limit is vitally important to their self-control.

Why Some People Object

It is not unusual for some people to object to the very notion of a loss limit. There are plenty of people out there that believe in the freedom to make your own choices, therefore feeling that limiting someone from making a gambling loss is a missed opportunity to see them taught a lesson. The value of money is something that everyone should learn, goes the argument, so if you lose more than you can afford to then that will teach you to be more disciplined in your approach to how you handle your finances in the future.

Of course, the counter-argument to that comes in the fact that gambling is an activity that allows people to believe that they’ll win big with their next wager. As a result, many problem gamblers get themselves into more and more trouble chasing their losses and throwing good money after bad. Not only that, but it’s not exactly unheard of for people to steal from others in order to fund their gambling habit, which means that not only do they not learn their lesson but that others suffer as a result of their decision making. 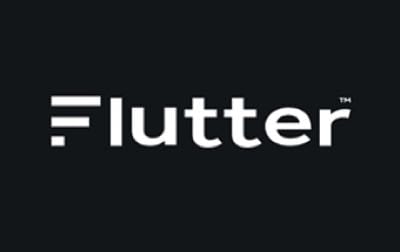 One thing that the gambling industry can look towards in the short-term is the decision of Flutter Entertainment to introduce a voluntary limit to its younger customers. The decision was taken in September of 2021, with the gambling behemoth confirming that customers under the age of 25 will have a loss limit of £500 imposed on the accounts that they hold with any of the company’s constituent gambling firms.

This means that the likes of Sky Bet, Paddy Power, Betfair and others will be part of the loss limiting exercise. The plan is for the limit to come into play at the end of 2021 or the start of 2022, with the company’s Chief Executive for the United Kingdom and Ireland, Conor Grant, saying,

People under the age of 25 are likely to be experiencing a number of significant life changes such as gaining independence for the first time and learning how to manage their finances. We want anyone who decides to gamble when they come of age to get in the habit of setting sensible spending limits.

The idea is an interesting one, especially with regards to the idea that young people should get into the habit of setting sensible limits for themselves at an early stage. Research suggests that gamblers form bad habits in their more formative years, so helping people to get a grip on such a thing can help them to avoid falling foul of such a thing further down the line. On top of that, those that are more readily able to absorb losses can actually change the limit on their account, should they pass a detailed process to do so.

The key thing for customers looking to change their limit is that they’ll need to prove to their bookmaker that they can afford to lose more, otherwise the limit will not be increased. The move by the betting giant came in the wake of other safer gambling measures that it introduced. This included the likes of committing to putting 1% of net gaming revenue towards education, treatment and support for problem gamblers, as well as an industry-wide move to ban the use of credit cards for adding money to online and retail accounts.

You Can Introduce Your Own Loss Limit

The reality around loss limits is that most betting companies allow punters to introduce their own to their accounts. The safer gambling protocols that are in place for bookmakers and gambling sites is such that punters are able to assign themselves a limit to how much money they can deposit into their account during a given period. That is obviously the equivalent of what Flutter Entertainment are imposing on under 25-year-olds, with the difference being that it is a voluntary action rather than something that is enforced.

The fact that Flutter have moved to impose it suggests that not enough customers are taking advantage of it. Perhaps that is specific to younger people, but even so it will be a matter of concern to the United Kingdom Gambling Commission as they decide what they want to do with their upcoming gambling review. If not enough customers are limiting how much they can deposit, and therefore lose, is it on the UKGC to introduce their own limit instead? Or should it remain up to each individual whether they want to be limited? 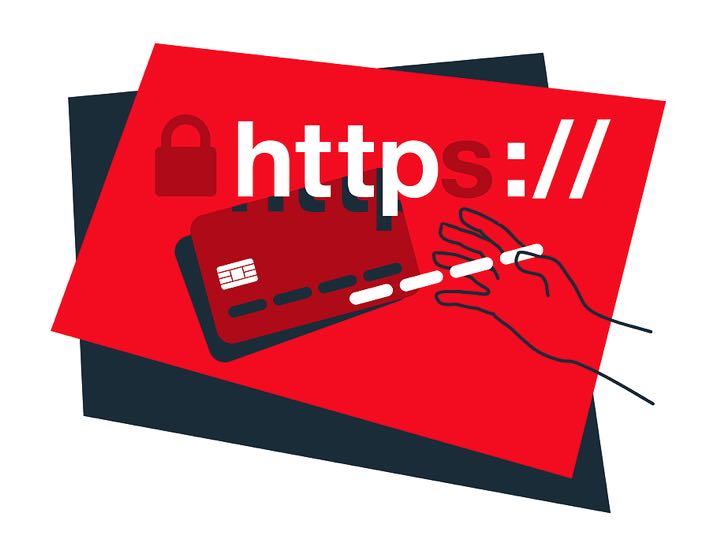 For those that wish to see the Gambling Commission imposing a loss limit on all online accounts, the decision is a simple one. People lose too much money to gambling, so introduce a limit and only allow people to lose more than the maximum amount if they can prove that they are able to afford it financially. The problem is, this approach ignores the fact that there are other ways to gamble than the legal ones where limits can be imposed. Putting a limit in place for everyone might drive some to explore other avenues.

Plenty of bettors are aware of the fact that they could sign up to and use illegal betting sites, should they wish to. In most cases, people don’t bother because they get exactly what they need from the legal betting sites in operation in the UK, but if that stopped being the case then people might suddenly start looking elsewhere for their betting needs. This is something that the UKGC needs to think about when making its decision around any loss limits that might be imposed on the gambling industry, knowing how important it is.

If people started to use illegal betting sites more regularly then not only would they lose the protection offered to them by the Gambling Commission, but the British government would start to see the money that it takes from betting reduced. That would be the case regardless, of course, given that more limits on losses means less net wins made by companies that they would need to pay tax on, but it is especially the case when punters turn away from legal betting sites because they don’t want their losses to be limited.

The Evidence Supports It

In 2017, research into loss limits suggested that punters that were reminded about their own loss limit showed a significant reduction in the amount of money that they gambled. In other words, if someone had told a gambling company that they wanted to limit their losses, they would slow down in their betting if they were given a personalised piece of feedback in relation to that self-imposed loss limit. The warning was received after they had exceeded 80% of their monthly loss limit, with 14.5% of gamblers receiving it.

The evidence suggests, therefore, that having a loss limiter in place does indeed encourage people to think about their betting habits. The fact that they had already put a loss limit in place voluntarily suggests that they were conscious of losing too much money, but it will certainly give the powers that be in the gambling industry pause for thought as the Gambling Commission considers what to put in place regarding the review of the 2005 Gambling Act that is currently underway. Could reminders replace the idea of an outright limit?

The United Kingdom Gambling Commission has asked for evidence around the idea that a £100 loss limit could be introduced across the board. The idea is one that industry members are unsurprisingly wary of, but the reality is that it could offer some support to bettors that might otherwise lose their way. That is one of the things that the UKGC is keen to put paid to, such is the extent to which problem gamblers have the industry’s watchdog worried. The fear is that gambling problems begin to be the dominant topic of the industry.

A £100 limit would be much lower than Flutter Entertainment’s £500, which might be why the company decided to get in there before the government made its decision. Perhaps the sentiment is that if a £500 limit is shown to work then the government may be more lenient in its own decision making further down the line. The government is not in a rush to make any decision, of course, with numerous parties recommending that it treads lightly around any moves to limit how much punters can be allowed to lose.

The head of the English Football League, Rick Parry, has suggested that any moves to interfere with what would otherwise be a free market would be a mistake. For their part, the UKGC wants to find a balance between protecting consumers and giving them freedom to make their own mistakes. Part of the problem is that the level at which interference is needed differs from case to case. Someone with a limited amount of disposable income will need more help than someone with more. Perhaps, therefore, Flutter Entertainment’s idea of giving people the ability to change their limit if they can prove they can afford it is the right way forward for all parties.

Previous Post: « What Was the Bosman Ruling & Why Did It Change Football Forever?
Next Post: Why Is Cannabis a Banned Substance in Sport? »