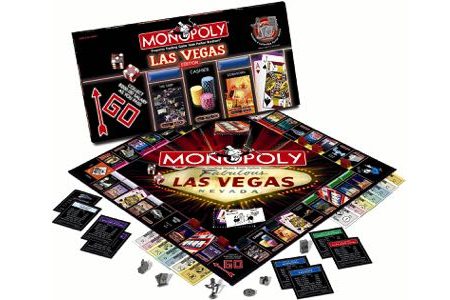 In 2009, the Las Vegas version of the board game, Monopoly, got a new look. There was some tussling and arguing about the price of various hotels, such as Planet Hollywood being declared to be more expensive than the Mirage, but generally speaking it was all fun and games. Fast-forward more than a decade and one of the big questions that gets asked is about the real monopoly taking place on the Las Vegas Strip, with most of the hotels owned by just a few companies that have dominance in the city.

When MGM Resorts International was given the go-ahead to buy the Cosmopolitan in May of 2022, it handed the company 40% of the hotel rooms on the Strip. Little wonder, therefore, that many feel as though there is an unfair monopoly at play. No members of the Nevada Gaming Commission thought that 40% was too much at the time of the vote, although Commissioner Steven Cohen did wonder whether 50%-plus would enter the territory at which people needed to be worried. It all begs the question: who owns what in Las Vegas?

What We Mean By ‘The Strip’

First things first, it is important to clarify what it is that we mean when we talk about the Las Vegas Strip. After all, there are about 200 casinos in the Clark County area of Nevada, with more than 60 of them being located in the city of Las Vegas. The Strip, meanwhile, is a specific part of the area, based over about 4.2 miles. Immediately south of the Las Vegas city limits, it is a section of Las Vegas Boulevard that houses many of the biggest casinos, hotels and resort properties that make it one of the world’s most iconic destinations.

Looking at Who Owns What

Now that we know where we’re talking about, it should help to explain why certain casinos might not be on the list. Generally speaking, the Strip covers the area from Sahara Avenue to Russell Road, meaning that the area of Fremont Street is not included. The casino at the furthest south point of the Strip is Mandalay Bay. Here is a look at who owns what on that section of land we all know as the Las Vegas Strip, made up of 29 hotels at the time of writing:

When discussing who owns what in Las Vegas, there is no better place to start than with MGM Resorts International. At the time of writing, here is a look at the hotels that fall under MGM’s banner:

To add some confusion to the conversation, MGM Resorts International currently own the Mirage but are looking to sell it to Hard Rock International, whilst MGM are in turn attempting to buy the Cosmopolitan. Just in case something goes wrong with one or both of those deals, however, we’re going to keep it to how the ownership looks right now. It obviously won’t change things in a massive way if MGM Resorts International effectively swap the Mirage for the Cosmopolitan in the coming months, after all.

It wasn’t always the case that MGM had such a grip on the Strip. Yet in 2005, a merger was agreed between MGM Mirage and Mandalay Resort Group that created one of the largest gambling companies in the world. The multi-billion dollar merger saw MGM Mirage Inc., as the company was at the time, end up with ownership of 24 hotel-casinos in total. That meant that it took control of 40% of the slot and 49% of the rooms on the Strip, in addition to 44% of the table games. You can see why we’ve put it at the top of our list…

In terms of the square footage of each casino, it isn’t necessarily all that easy to get up-to-date information given the extent to which companies are always looking to expand and grow. Even so, here is the information as best we’ve been able to find it:

Each hotel under the MGM Resorts International brand has its own unique style, such as New York New York boasting the outline of the city that it is named after as well as a rollercoaster that runs around it. The MGM Grand is the biggest hotel on its list, as well as being the one that most people will recognise. That it has featured in movies in addition to hosting major boxing bouts over the years also helps with its reputation as the crown jewel of MGM on the Las Vegas Strip, but each hotel offers something different and interesting. 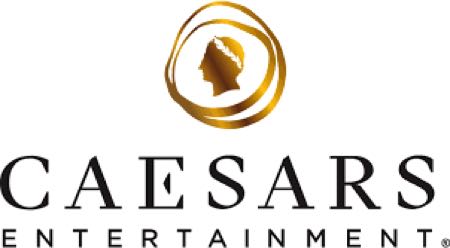 The merger of MGM and Mandalay didn’t allow for the new-look company to be the biggest on the strip for long. In the same year, a merger between Harrah’s Entertainment Incorporated and Caesars Entertainment Incorporated, which was worth around $5.2 billion, created the world’s largest gambling company. That allowed it to eclipse MGM Resorts International, then in 2020 the company was bought by Eldorado Resorts. To add a degree of confusion to things, this new company rebranded as Caesars Entertainment.

At the time of writing, then, this is what the Caesars Entertainment chain owns on the Las Vegas Strip:

The company also owns Rio, but as that is off-strip we are not including it in our list. You might also have noticed that the total number of rooms on offer from Caesars Entertainment is fewer than those offered by MGM Resorts International. Even so, the company’s hotel offerings are similar to its rival’s insomuch as the hotels all offer something different from one another. O’Sheas, for example, is an Irish-themed bar, whilst Paris boasts a miniature Eiffel Tower and is themed after the city that it bears the name of.

The Cromwell, meanwhile, is the first boutique hotel on the strip and is able to command impressive fees from those looking to stay in one of its rooms. In terms of size, how do the casino hotels offered by Caesars Entertainment compare to MGM? Bearing in mind that these figures might not be bang up-to-date, here’s a look at the square footage of each location:

There is some debate around the exact square footage of the casinos and hotels that come under the Caesars Entertainment brand. The confusion is there, not least of all, because the Linq also has a promenade, which is made up of bars, shops and retailers and covers more than 300,000 square foot. Is that to be included in the size of the properties owned by Caesars? That is entirely up to each individual, but we haven’t included it here in order to make things less confusing.

There are a number of other casinos that operate on the Las Vegas Strip. It would perhaps be untrue to suggest that these properties are independent establishments, but they are owned by different companies to the two biggest ones that we’ve already covered. Here’s a look at them, including how many rooms the hotels offer and how big they are in terms of square footage. We have also included the owners, which we’ll talk about in more detail shortly:

Again, there is some debate over the size of some of these venues. City Center, for example, is a sprawling complex that includes more than just a hotel and casino. Similarly, Circus Circus is made up of the casino itself, as well as the smaller Slots-a-Fun casino within its boundary. Should they be counted as two separate things? It is easy to see why it is difficult to figure out who own what on the Las Vegas Strip, to say nothing of which of the various entitles can be considered the biggest and most impressive.

Each of the owners of the venues listed above is worth a mention of their own, but the most interesting of them all is Phil Ruffin. Born in 1935, he owns race tracks, oil production companies and convenience stores in addition to the Las Vegas hotels and casinos listed here. A business partner of former US President Donald Trump, he is obviously a problematic person. Having pioneered the self-serve gasoline idea in the Midwest, he opened his first hotel in 1987 and his business grew from there. It goes without saying that Ruffin might not be the biggest owner on the Las Vegas Strip, but he might be the most fascinating.

Previous Post: « What Animals Do People Race (Other Than Horses & Dogs)?
Next Post: What Is the Racetrack in Roulette & What Are Call Bets? »