Unless you’ve been living under a rock for a few years, there’s a good chance that you’ll at least understand the concept of crypto currency. Bitcoin is obviously the most famous example of it, but there have been many others that have made the news in the years since Bitcoin’s launch. Indeed, it has now got to the point that the likes of Premier League football clubs have got involved with the world of crypto, moving it into the mainstream in a way that has never been experienced before, but has caught the public’s imagination.

One of the chief arguments around crypto currency comes in the form of whether or not it is gambling. There are plenty that believe that it should be considered as such, given the volatile nature of crypto markets. Others, however, argue that it is clearly a financial investment and is therefore not owed the same tax breaks as gambling winnings would be in the United Kingdom. It is an argument that will likely rage on for many years to come, thanks in no small part to the monetary difference it will make to those that buy crypto regularly. 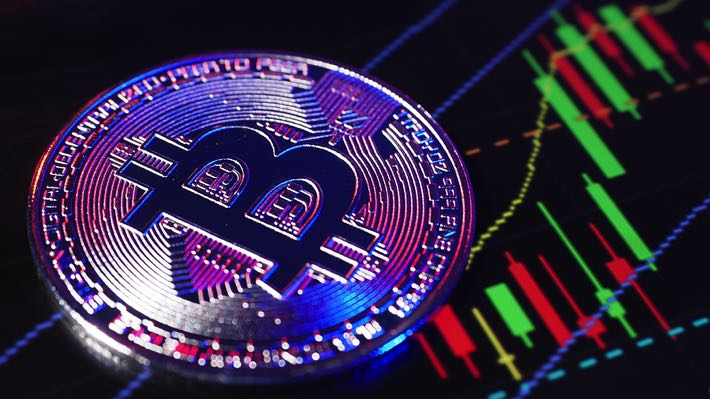 In the United Kingdom, gambling winnings are treated differently to how capital gains are treated. Whilst the companies offering gambling to punters have to pay tax at the point of consumption, actual gamblers that win money are exempt from paying tax on their winnings in this country. This different from capital gains tax that, according to the government, is ‘a tax on the net win when you sell (or ‘dispose of’) something (an ‘asset’) that’s increased in value.’ You pay tax on any gain that you’ve made, as the name suggests.

The example regarding capital gains tax given by the government is a painting that was bought for £5,000 and later sold for £25,000. In this instance, the fictional person concerned has made a ‘gain’ of £20,000 and needs to pay tax on that. Though some assets are tax-free, most will need to have tax paid on them and this makes it a different proposition to gambling. It is a crucial distinction because of the necessity to pay tax one thing and not the other, which is why some argue that crypto currency fits into the gambling bracket.

If you consider crypto currency to be gambling winnings then no tax will be payable on the net win that people make from purchasing it. If, on the other hand, you think that it is not gambling but is instead investing, any net win that is made from investing in crypto currency will be required to pay tax on the capital gains that are made. Though it’s not likely to make a big difference for people operating in small sums, those that can afford to invest huge amounts of money in crypto currency are therefore likely to loose a large amount of money too.

The very nature of crypto currencies is such that publicity is one of the key factors that they rely on. As with any currency, if nobody uses it to make and receive payments then it isn’t really worth anything, even if it is worth a lot at the same time. That’s the confusing nature of crypto currencies, which make them almost impossible to understand for some people. If you’re 60-years-old, say, and have spent most of your life dealing with paper money and slowly made the transition to online banking, how confusing must crypto currency seem?

The reality is that there are a wealth of different cryptos available on the market, with some being better-known than others. Most of the ones that are out there promise something slightly different to each other, which is what helps them to differentiate themselves in an ever-increasingly competitive market. Here’s a quick look at the various ones that you have probably heard of, even if only in passing reference:

Where else to start but with the most popular and best-known of all the crypto currencies on the market? The open-source, peer-to-peer crypto currency promises fast payments that can be made around the world. Initially developed by an unknown person or group of people known as Satoshi Nakamoto, it was invented in 2008 and began to be used a year later. You can earn bitcoins via a process known as mining, which some criticise because of its carbon footprint. It is extremely volatile as a currency, with many regulatory agencies using investor alerts about it.

Ethereum is the platform that houses Ether, the actual crypto currency. It is an open-source blockchain that is the second-largest crypto currency in terms of market capitalisation. Conceived by Vitalik Buterin in 2014, the network went live a year later after it had been successfully crowdfunded.

Ether and Bitcoin are similar in many ways, both being decentralised and both using blockchain. Even so, there are also big differences, including the way that they use the blockchain technology. The biggest difference comes in the form of what they were created to do.

Often known by its symbol of ‘USDT’, Tether is the third-largest crypto currency and is controlled by the people behind Bitfinex, the Hong Kong-based crypto currency exchange. It is what is known as a ‘stable coin’ as it was designed to always be worth the same amount as a US dollar. The idea behind Tether hit the market in 2012 with the publication of a white paper. Realcoin was the predecessor to Tether and was released in 2014, being renamed in November of that year. The link to the US dollar means it’s not all that useful as an investment tool.

Whilst there are a wealth of different crypto currencies, most of which are more akin to Tether in terms of their market value and far behind Bitcoin and Ether in that sense, the majority of them are safe and stable. There are, however, a number of so-called shitcoins, which crashed and burned and failed to make any real impression on the market in the wake of their release. As you can guess from their nicknames, these cryptos were not successes in any real sense of the word, having little-to-no value or purpose in the real world. Here’s a look at some of them:

FEG, which is an acronym for Feed Every Gorilla, is arguably the best example of a shitcoin being exploited for the purposes of a so-called ‘pump and dump’ scheme. Rumours of it emerged on the internet, with investors claiming that it was a good way to get rich quick. Reddit, Twitter and other forums lit-up with talks about FEG, meaning that on the eighth of May 2021, when it launched, it sky-rocketed as people invested. Within days, its value plummeted as investors got rid of their stock, getting themselves rich at the expense of others.

Is Dogecoin a shitcoin, a legitcoin or somewhere in between? It was started as a joke, a reaction to what younger people referred to as ‘boomer coin’ but everyone else called Bitcoin. Then Elon Musk made a big deal about it and suddenly its value shot through the roof, to the extant that it was at one point worth about $50 billion. As a result, its entirely possible that its value could just as equally fall through the floor at any moment. At the time of writing, it’s worth 42 cents, compared to Bitcoin’s worth of $42,000 per coin. Shitcoin indeed.

An attempt to introduce religion into the cryptocurrency world, Jesus Coin promotes itself as a currency that is ‘unlike morally bereft cryptocurrencies’. The makers say, ‘Jesus Coin has the unique advantage of providing global access to Jesus that’s safer and faster than ever before’. In reality, it’s not really worth anything, doesn’t do anything and only has about 11,000 backers. It was worth $1.4 million in May of 2018 but soon dropped to having a market cap of around $17,000, so it’s fair to say that this isn’t one to have any faith in.

Is It Gambling, Then?

The question remains around whether or not crypto currencies are indeed gambling tools or an investment opportunity. The answer, of course, is a complicated one. At the time of writing, the crypto currency market is worth more than $2.3 trillion, so there’s no doubting the fact that there’s money to be made if you get in with the right currency at the right moment. The issue is, President Biden is reportedly considering introducing a raft of executive orders that would result in crypto currencies seeing their value plummet.

It is a gamble to get involved with crypto currencies as an actual investment, but that doesn’t mean that it is technically thought of as gambling. If President Biden does indeed get involved, the likelihood is that federal agencies in the United States of America would make recommendations that touch on ‘financial regulation, economic innovation and national security’. If that were to happen, it would give crypto currency a legitimacy that it currently lacks and would surely move it definitively into the realms of it being an investment in much the same way as buying and selling regular currency would be.

In the United Kingdom, the Gambling Commission released a report about crypto currencies that stated that they should be thought of as ‘crypto assets’ on account of the fact that they are not ‘as they are not performing the functions generally associated with a currency’. For the UKGC, a big part of the problem comes in the form of companies looking to launch with seed money that is based on crypto currencies, on account of the volatility of it compared to the likes of British pounds and US dollars.

No Legal Definition (Yet)

It doesn’t help that there is no specific legal definition of crypto currency. A Taskforce Report in the United Kingdom added the following definition to it: “A cryptographically secured digital representation of value or contractual rights that uses some type of [distributed ledger technology] and can be transferred, stored or traded electronically.” Given the relatively new nature of it as a form of payment and the fact that it is constantly developing, it’s little wonder that definitive definitions are hard to come by.

The reality of crypto currencies is that they are a gamble to get involved with, regardless of how they are legally defined. You can lose everything if you buy into the wrong crypto, meaning that there wouldn’t be any capital gains to pay tax on anyway. It feels a little bit like a lose-lose, given that if it is considered gambling then you wouldn’t have to pay tax but you might not have any money left over at the end of everything anyway. In short, don’t invest anything in crypto currency that you can’t afford to lose.

Previous Post: « There’s a New Crypto NFT Fantasy Football League, But Is It Gambling?
Next Post: How Often Do Jockeys Get Injured or Killed in Horse Racing? »