There are currently a number of bodies already in place that look to protect punters from gambling companies that behave in nefarious ways. The Independent Betting Adjudication Service, for example, will attempt to mediate between the two parties if someone feels as though they have been wronged by a betting company, deciding disputes that can’t be settled without their intervention.

Despite the existence of such bodies, however, there are some in the gambling industry that believe that it would benefit from having an ombudsman to offer an independent and impartial service when it comes to complaints. It is not unreasonable for some people to have no real idea what an ombudsman is or what it would do if one were created for the betting industry, so we’ll look to answer those questions here.

What Is an Ombudsman?

First things first, let’s have a look at what an ombudsman actually is. It is a service that already exists in industries, such as finance and energy, asking a normal person to look at both sides of an argument and come up with a solution that both parties would, in theory at least, find acceptable. The main benefits of an ombudsman is that they’re free to use and independent, so they use the evidence to reach a decision.

To give you some sense of the role of an ombudsman, it is perhaps helpful to know that it comes from a Swedish word that means ‘representative of the people’. One way of thinking about it is as though you have asked 100 people what they think about a situation, with the majority’s opinion being taken. An ombudsman is essentially there to think about what seems like the fairest outcome, rather than to side with a given party.

Just as bettors are unable to use the Independent Betting Adjudication Service until they have exhausted all avenues of finding a resolution with the company they’re complaining about, so too does an ombudsman only get involved if all internal avenues to resolve a dispute have resulted in no satisfactory outcome. An ombudsman is also known as an ‘Alternative Dispute Resolution’ scheme, which gives you a sense of how they work.

What an Ombudsman Would Do

In the event that someone had a dispute with a gambling company, they could turn to an ombudsman in order to help settle it. The way an ombudsman works differs from industry to industry, but the essence of their service remains the same in all cases. They will act like an impartial referee, looking at all of the evidence and asking questions of the concerned parties in order to ensure they understand the dispute.

After hearing all arguments and accompanying evidence, the ombudsman puts forward an offer that they feel will be considered to be fair by all parties involved. If a company is found to have done something wrong then they will have to issue an apology, explain why whatever happened happened, ensure that it doesn’t make the same mistake in the future and pay an appropriate amount of compensation.

Would It Be Good for the Gambling Industry?

The reality is that we have no idea whether an ombudsman would be good for the gambling industry or not. All we can do is read the tea leaves of other industries to see what would be likely to happen. Ultimately, the main aim of an ombudsman is to settle disputes being companies and parties that feel that they have been wronged. The idea is that they would give punters a direct point of contact for complaints.

Because they are independent and operate in a manner that is evidence-based, the hope is that they would come up with a solution that both parties can agree to. At the time of writing, there is certainly a feeling from people wishing to complain about the gambling industry that they need to meet specific criteria before they’re allowed to do so, which would be less likely to happen with an ombudsman operating in the industry.

An ombudsman would do nothing on the regulatory side of the business, which would remain the auspices of the United Kingdom Gambling Commission. The ombudsman would instead be allowed to look at the manner in which complaints work and move to improve the process where possible. There are certainly plenty of people that think it would be a good thing for the industry, given the way in which it is heading.

It appears as though gambling companies will be allowed to ask for affordability checks on customers in the not too distant future, on top of the Know You Customer processes that they already go through. This would potentially allow them to deem a punter ‘unsuitable’ without offering any real evidence as to why, so bettors should be allowed some form of response to this, which an ombudsman might offer.

There Are Those That Think It’s Necessary

It is fair to say that what an ombudsman’s remit would be and what the Independent Betting Adjudication Service currently does are not exactly worlds away from each other. Even so, there are plenty within the gambling industry that think an ombudsman is a necessary step forward. The calls to bring an ombudsman in have grown louder in recent times, coinciding with the government’s work on looking to improve the Gambling Act of 2005.

It is felt by many that the 2005 Act is an analogue one, unsuitable for a digital age. There are countless aspects of the Act that need to be updated and improved upon, given that it fails to satisfactorily reflect the industry in its current state. As an example, the Betting & Gaming Council has made its voice heard over the issue, reflecting the thoughts of its members that there needs to be a better balance for ‘customer redress’.

The Betting & Gaming Council represents bookmakers, betting shops and casinos, so the fact that it has come out in favour of a gambling ombudsman is an interesting one. Those that dislike IBAS feel as though the body lacks effectiveness and visibility, failing to do what it is set up to do on numerous occasions. Despite the word ‘independent’ appearing in IBAS’ title, many feel that it does not always act in an independent manner.

If you currently have a dispute with a gambling company, then the first thing that you need to do is to contact the company directly. Should you skip that step and go straight to the Independent Betting Adjudication Service, your complaint won’t be listened to. IBAS is backed by the Gambling Commission as a service that will offer an ‘impartial and informed’ decision on your issue, but you need to jump through hoops before you can use it.

Once you have gone through the complaints procedure that is offered by a betting company and still don’t feel as if your problem has been resolved, that’s the point at which you can contact IBAS. They will put your case before a panel, which is made up of specialists that will hear both arguments. Their judgement is then based on the terms and conditions offered by a bookmaker, which all punters agree to when they place a bet.

IBAS isn’t the only Alternative Dispute Resolution service available to punters, but it is the best-known and the one that the Gambling Commission actively supports. The problem is that the presence of a number of ADRs within the industry means that people can sometimes turn to different ones if they don’t like the answer that they get from the first one that the use, adding to the sense of confusion and the need for an ombudsman.

Even IBAS Wants an Ombudsman 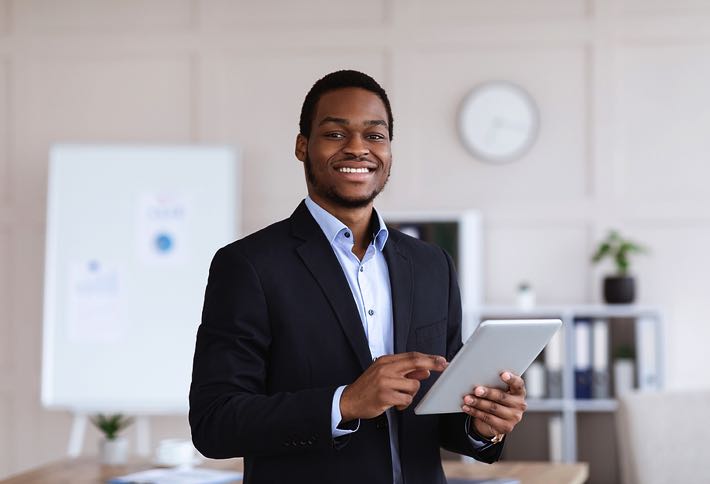 Perhaps the strongest call for the introduction of an ombudsman for the gambling industry comes from the most unlikely source: the Independent Betting Adjudication Service itself. At the end of July 2021, the Alternative Dispute Resolution provider joined calls for an ombudsman to be created by the government, citing the fact that the number of complaints that it dealt with in the year 2019-2020 was down by 9.8%.

The body dealt with 5,673 complaints in 2019-2020, of which 4,475 were from customers in the United Kingdom complaining about UKGC-licenced operators. That was down 14.5% on the year before, whilst complaints from overseas consumers was up. 2,511 complaints were marked as ‘completed’, which was down from 3,111 in 2018-2019, but the number of rejected disputes grew.

The main reason that IBAS rejected a dispute was that they were actually over regulation, which was an issue that the Gambling Commission handles. On top of that, there were a number of cases in which the dispute was rejected because not all options had been exhausted with the gambling company directly. Ultimately, though, IBAS is ‘not ideal’ as a body to resolve disputes, according to its own Chairman.

Andrew Fraser said that the system, which currently had nine different ADR bodies in place, was far from ideal and that it would make sense for IBAS to become the industry’s sole ombudsman. Speaking on the matter, Fraser said:

IBAS has long taken the position that there are huge benefits to be realised from having a single gambling ADR body, and it is our intention to fill that role. We will respond to the review and make the point that a single body will aid consistency and clarity and the provision of data to the regulator and customers. It will also prevent ‘ADR shopping’ by businesses and consumers seeking the most advantageous answer. At present there are nine ADR bodies acknowledged by the Commission. Given the Commission’s antipathy to that situation it’s not clear why there’s been a lack of progress in reducing that number.

How IBAS Would Work as an Ombudsman

Fraser followed up his remarks about IBAS’s position in the industry by outlining the body’s vision of what it would look like, were it to become the ombudsman for the gambling industry. He said that it would work closely with the Gambling Commission, operating in a manner that would maintain its independence. It would, he claimed, operate in such a way that it would ‘promote fairness in gambling’.

Fraser also said that if IBAS were to become the sole ombudsman for the industry then it would ‘hold licensed gambling businesses to complaint service standards’. The standards, he said, could be set out in law by the updated Gambling Act, or they could ‘form part of the Ombudsman’s own Fair Play Code’. Whether IBAS, which some people have complaints about, becoming the ombudsman would please all is unclear.

Fraser said, “Adhering to the code will be a condition of participation in the Ombudsman service. The service should be 100% free to use for consumers and like all ombudsmen, apart from those concerned with public services, it should be funded by the businesses under its jurisdiction.” Given the similarities between what IBAS offers and what an ombudsman would do, it is an idea that makes some sense.