When poker first started as a popularised card game, it was easy enough to figure out how it was played. The game itself involved players going up against one another and aiming to win in order to take the cash of the others. When tournaments were launched, the idea was to stay in for as long as possible and, in a perfect world, win the entire thing and the cash prize that was on offer to the overall winner.

Nowadays, there are different sorts of poker tournament available for players to get involved in, who bounty tournaments being a good example. These tournaments aren’t as interested in the overall winner but instead encourage participants to knock others out, rewarding them when they do so. It’s a different way of playing poker, but one that is no less fun to either watch or take part in.

The vast majority of people will have heard of a ‘bounty’, which is an amount of money paid for the capture of a person. Whether it be the bounty put on the head of Han Solo by Jabba the Hutt in Star Wars or the exploits of Dog the Bounty Hunter on television, the idea remains the same. In the world of poker, bounty tournaments see players earn the equivalent of a reward in addition to the money they would win in a normal tournament.

There are different types of bounty tournament, with some offering these additional cash prizes when specific players are knocked out, whilst others will pay a prize irrespective of the player that is defeated. It means that there’s more on offer to players than just the prize pool that is collected by the winner at the end or paid out to people that finish in certain positions on the final table. 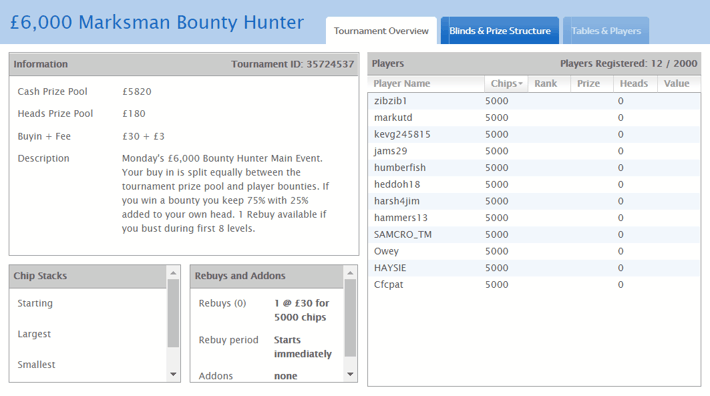 Each bounty tournament is set up in its own way, with some asking those taking part to pay an additional amount for their bounty chip when they pay the buy-in. When they are eliminated, this ‘bounty chip’ is paid to the player that knocked them out. In some tournaments, especially those held online, the bounty chip of a player increases in value when they knock other players out of the competition. 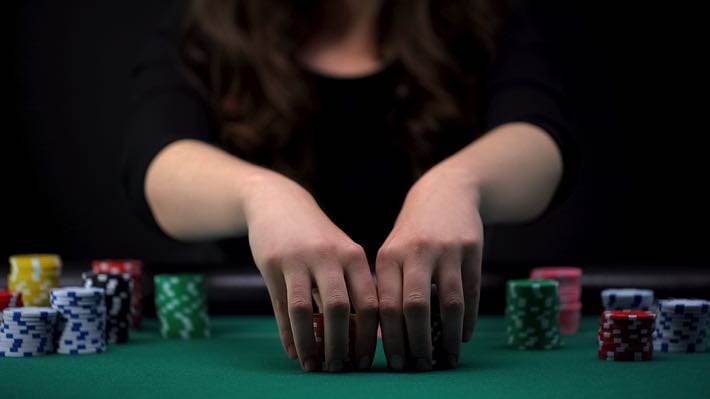 A tournament that doesn’t offer bounties per player knocked out but instead on specific players will usually result in players playing in a manner that will see them reach the final before then playing much more loosely in order to try to claim the bounty. Things can also become more complex if there are side bets involved, given that it’s usually the player that takes the final chip of a player that gets to claim their bounty.

Make Sure You Work Out the Chip Amounts

An important part of playing bounty tournaments strategically is to work out the chip amounts that bounties are worth. This isn’t necessarily easy, especially when you consider how many different types of bounty tournaments there actually are in the world of poker. That being said, you can figure it out by considering how much you had to pay for your buy-in to the tournament and what percentage of that buy-in becomes the bounty.

The Different Types of Bounty Tournaments 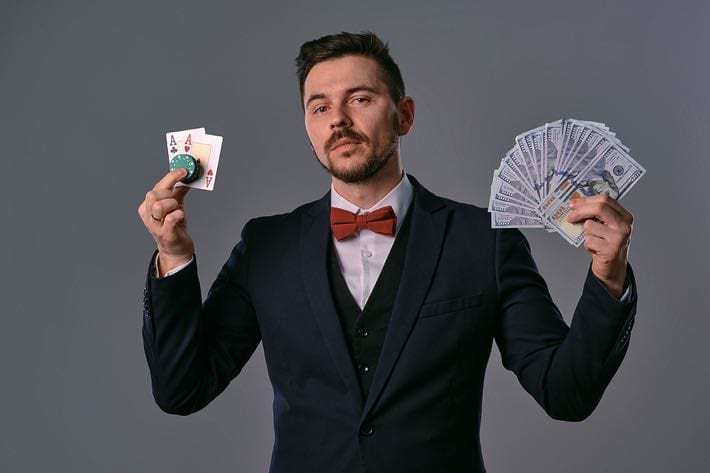 The name is on the tin with this type of bounty tournament, with players looking to knock each other out and claim the bounty that is on offer for doing so. You’re looking to make your way to the final table where you’ll play for a bigger prize. Typically speaking, the bounty collected on offer will be 20% of what they’ve paid as a buy-in, so a £100 buy-in will see you claim £20 for each person that you knock out.

Super knockout tournaments work in a similar way to regular knockout tournaments, with the biggest difference being the size of the bounty on offer for each player knocked out. Because they’re ‘super’, the bounty is usually increased from 20% of the buy-in to 50% of the buy-in, meaning that a tournament with a £100 buy-in will see you claim £50 for each person you eliminate. That’s a significant increase from a regular tournament.

That some websites refer to these as ‘Bounty Builders’ will give you a sense of what this type of tournament entails. It is an incredibly popular format to bounty tournaments and sees a player’s bounty increase the longer they remain in a competition. With progressive bounty tournaments, half of the bounty that you’ve won is paid out in prize money whilst the other half is added to your own bounty amount.

In other words, if everyone paid a £100 buy-in to join a tournament and the bounty amount was 50%, the first bounty that you win in the early stages of the competition will likely be worth £50. Of that, £25 will be a cash prize and the other £25 will be added to your own bounty, making it £75. The longer you last, the higher your bounty becomes, as well as the bounties of other players that have also lasted a good length of time in the tournament.

This type of tournament can make the final table quite lucrative for all involved. As well as a good prize amount for the outright winner, the amount that you can win by knocking out another player can reach the hundreds if not thousands of pounds mark. It might seem complicated, but the good news is that you don’t need to do any of the working out as it will all be done for you and it will be clear how much each player is ‘worth’ as you sit at the table with them, as long as you’re playing online.

The Advantages of Bounty Tournaments

Bounty tournaments have a number of advantages to them, not the least of which is the fact that they are just quite good fun. The reality is that every pot has a sense of danger and adventure to it when there are bounties involved, meaning that you’re not just hoping that you’ll win because you’ll progress in the tournament but also because it will see you win an immediate cash prize. Win enough and your buy-in will be paid for quickly.

Not needing to wait for huge chunks of the field to be eliminated is another advantage of a bounty tournament. Usually, tournaments only payout to the winner and a few other players, making it quite boring when you have to play strategically for the final table to roll around. In bounty tournaments, every single hand could see you win some cash and it doesn’t matter if you don’t make it to the end of the tournament.

The nature of bounty tournaments is such that virtually all poker players enter them in a looser frame of mind that a more standard poker tournament. Pots are therefore bigger than the average, whilst less experienced poker players are more likely to chase a pot with poor hands in the hope that they’ll be able to win some of their buy-in back. As a result, decent players can play in such a way that promises them profitability. 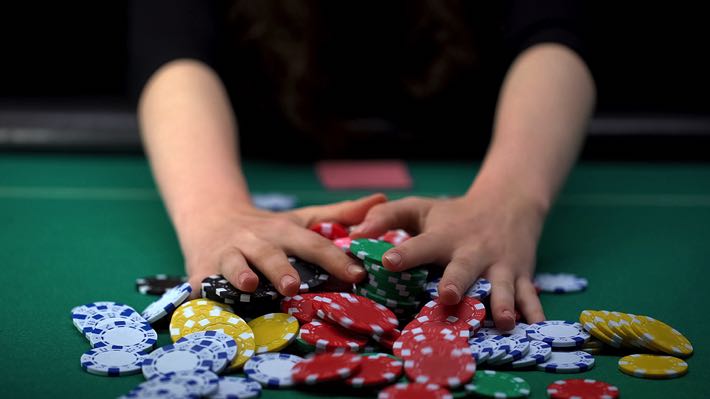 The willingness to change strategy depending on the type of tournament that you’re playing can be a vital part of a poker player’s armoury. The reality is that bounty tournaments are more entertaining than standard poker tournaments for players that aren’t great at the game. They know that there’s a chance that they’ll be able to win some money without having to make it all the way to the final table, so lesser players are attracted to take part.

As a result of this, you need to be constantly aware of the style of the player that you’re up against at any given moment. This is especially relevant during the early part of the tournament, when there will often be some all-in action that you’d never see during the latter stages of a normal poker tournament. This means that bluffs are less likely to work during bounty tournaments, which is something that strategic players need to bear in mind.

One of the key things that bounty tournament players need to remember is that the big payout comes at the end. It’s still a good plan to try to get to the final table, given that you’ll probably have knocked a few players out along the way and therefore claimed their bounties but also then have a chance of winning the main prize. Try not to get distracted by chasing bounties when keeping your eye on the prize is advised.

The other thing that you need to remember is that if you end up with a short stack, then you’re extremely unlikely to end up getting anyone’s bounty. In order to win a bounty you need to knock someone out, so your best choice is to try to double-up as much as possible. This doesn’t mean that you should go crazy with your betting, but you do need to think more about how you’re going to get back into winning bounties than just staying in the game.

The ideal situation to be in is to have a little more than your original chip amount available to you. This will allow you call people that are short-stacked in a situation where you think you can knock them out, but also not be bullied too much by other players that you’re going up against. This is easier said than done, of course, but the main thing is to be sensible with your betting and not too loose like other players.