Poker sites might seem to be ten to a dozen nowadays, but there was a time when they were relatively young on the scene. The Microgaming Poker Network soon climbed to the top of the pile, with the company behind it having developed the first ‘true online casino software’ back in 1994. They were also responsible for the first mobile casino software ten years later.

Whilst Microgaming itself lives on, they have decided that it’s time to . That has been running for more than seventeen years, so it’s fair to say that it will be a big loss to the world of online poker. The decision comes about because the ‘network model no longer fits’ with the company’s ‘strategic vision for poker’, according to the company’s CEO.

Why is the Microsoft Poker Network Closing? 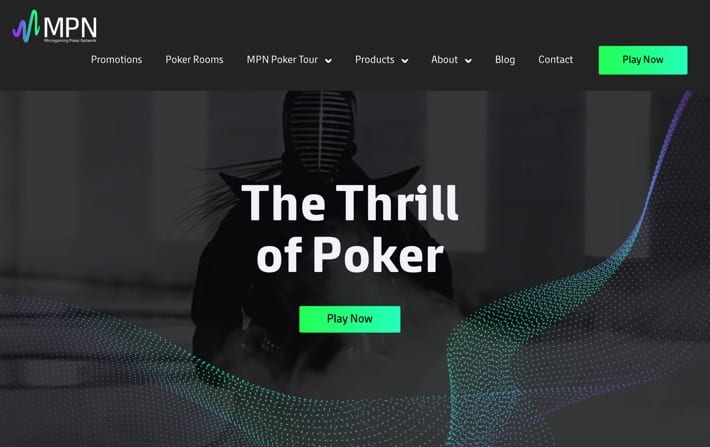 Alex Scott, Microgaming Poker Network’s Managing Director, wrote a blog post in which he confirmed that the company was shutting down its poker network. He said that it would be happening in ‘Q2 or Q3 of 2020’, giving the various rooms that are part of the network time to prepare themselves for the shutdown, rather than being hit with it immediately.

MPN had a meeting with the owners and operators of the various poker rooms in the wake of news of the imminent shutdown leaking onto the internet. After the meeting concluded the company released an official statement, which clarified why the decision to shutdown had been taken. It referenced an ‘extensive internal review’ of the company’s ‘product portfolio and strategy’.

John Coleman, the Chief Executive Officer of Microgaming, clarified things slightly further. He said that the very nature of a network model of poker sites didn’t fit with the ‘strategic vision for poker’ that Microgaming would look towards moving forwards. Instead, the company planned to redistribute its ‘key resources and personnel across the business’.

Microgaming have also been quick to make the point that MPN’s shutting down would not mean the end for poker at Microgaming. Indeed, they feel that closing down MPN will better allow them to achieve their vision of offering ‘world-class gaming content’. The new strategy that the company plans to put in place for poker will be ‘revealed in due course’.

The reasoning behind the closure was reached after consultation with ‘poker industry experts’ as well as ‘independent consultants’. The review concluded that a ‘very different strategy and business model’ was needed in order for poker to be ‘as successful as possible’. There wasn’t a future in which the team behind MPN felt it could carry on successfully in the same way.

The Microgaming Poker Network was launched on the 18th of March in 2003, bearing the moniker of the ‘Prima Poker Network’. Within six months the newly created poker network confirmed sponsorship of the Hendon Mob, as well as its first World Tour. In the months that followed, the network grew in size and respectability leading to 2004’s Monte Carlo Millions.

That was the first power tournament ever to be staged in Monaco, requiring a buy-in of $14,000 from the field of 80 players who took part. In April of 2005, the company launched TV. Tables, which were shown on the PokerZone tv channel, then a little over a year later the re-brand took place that saw it become the Microgaming Poker Network.

The network’s prestige grew and grew with each passing month, meaning that it was able to be responsible for a $465,461 cash game pot in June of 2006, which was the largest poker pot at that time. Four months later and MPN saw its billionth hand being dealt, demonstrating just how far the company had come in a relatively short amount of time.

Microgaming Poker Network was known for a number of reasons, but one of the primary ones was the fact that it was constantly looking to innovate. In October of 2010, as an example, they launched Anonymous Tables, which came nearly a year before the network’s Management Board had even been established to help push it on even further.

The re-inventing included the way in which online poker was played, with 2012 seeing the launch of the company’s True Value Rake Allocation System. This assigned a value to players based on how many cash games they won or lost, with more rake being generated for affiliates if a player was losing or breaking even.

With winning players generating little revenue, new players generated greater-than-average rake amounts, meaning that affiliates and operators were incentivised to always bring in new players. It made no difference to the players themselves, only affected an affiliates’ revenue share but doing so in as fair a way as possible. 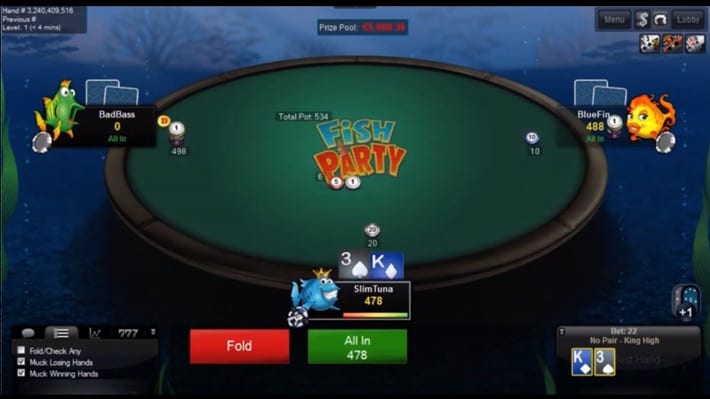 The Microgaming Poker Network was officially re-branded to become MPN in December of 2012, with the company continuing to make waves, and headlines, in the months that followed. There was a great deal of interest in March 2013, for example, when the Bad Beat Jackpot hit at €924,728. That meant that 53 players took home a share of €554,836.

There was more innovation to come, too. In July of 2013 the Blazing Cannon feature was launched, being an innovation of online poker based around the idea of high speed games. It meant that people could play hundreds of hands an hour, not sitting people at a specific table but instead seeing a large pool of players rotate around tables based on their speed.

A similar innovation came amount in 2016 when Fish Party was launched. This was seen as a cross between online poker and a casino, with the company’s popular Fish Party online slot launching once three people or more were at a table. The spin of the slot would the dictate the prize pool for that tournament, backed up by a progressive jackpot. 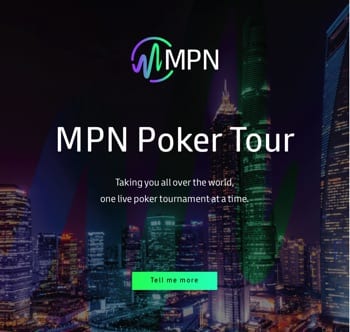 The invention of Fish Party poker was still around two years away when MPN Poker Tour was launched. This was a live event that started off in London in 2014 with just eighty-three entrants, eventually growing to the point that pros and amateurs from all over the world would play for six-figure sums. The $550 Main Event entrance fee was part of the tournament’s appeal.

It meant that small fish had just as much right to take part as the poker killer whales. It was part of what appealed to power players, alongside the fact that events would take place all around the world. The final one was played in Madrid between the sixth and ninth of February 2020 at the Gran Casino Colón. Known as the ‘friendliest tour’, it will be missed by the regular players. 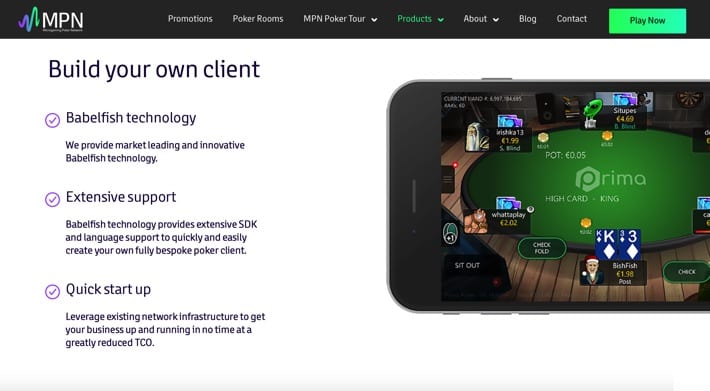 In 2015, Microgaming launched its new ‘babelfish technology’, which Alex Scott called a ‘definite game-changer for poker’. It was a brand new APU, which gave software developers the ability to create a bespoke poker client that could then be run on the MPN. That would then give the operator access to the cash games and tournaments that took place on the network.

The real beauty of the babelfish technology was that it gave operators the ability to customise their poker software to a higher degree than ever before. Whether it be building for pretty much any device imaginable or simply not having to worry about the likes of number generators or the expensive cost of hosting, the launch of babbelfish changed poker and expanded the network.

The Network At Its Peak 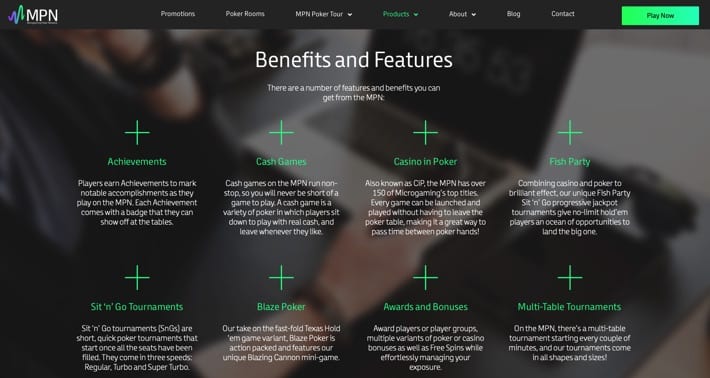 It would be misleading to suggest that MPN has never endured any missteps. In the early years of the company’s existence, there were certainly problems that perhaps stopped it from becoming one of the biggest online poker sites around. Even in spite of these missteps, though, MPN managed to ensure that it was one of the top ten poker sites online by 2016.

Though figures, such as eighteen thousand plus cash players on the network and a seven-day average of nine hundred players online might not sound all that impressive, the stats were on the rise and saw it likely to overtake some bigger names in the online poker pool relatively quickly. They certainly weren’t numbers that the MPN team will have been sniffy about.

The other key thing to realise is that the growth of attendance on sites that were part of the Microgaming Poker Network was happening at a time when other sites were actually complaining about a decline in their traffic. The relatively easier tables at MPN was part of that migration away from the bigger sites were the sharks would often circle.

As other network-based poker operators were starting to struggle and close down, poker sites would make the jump to MPN in the hope of gaining access to their tournaments, promotions and to gain an increase of ‘liquidity pool’ that would help them in the tough times. Red Kings did exactly that in 2016, for example, shifting from the OnGame network.

Given that some major online brands, such as Betway and Ladbrokes, used the Microgaming Poker Network to provide the poker rooms for their online casinos, it isn’t a major surprise that the company was so well respected. Equally the move of Unibet from Entraction to MPN in September of 2006 saw the company truly gain a solid footing in the online poker world.

Not that Alex Scott ever put much stock in the world of stats on poker sites, however. He once wrote a blog about the world of MAU, or Monthly Active Users, pointing out that only real money users would be used because of the need to ensure that they weren’t just bots playing poker on various sites.

The End of an Era 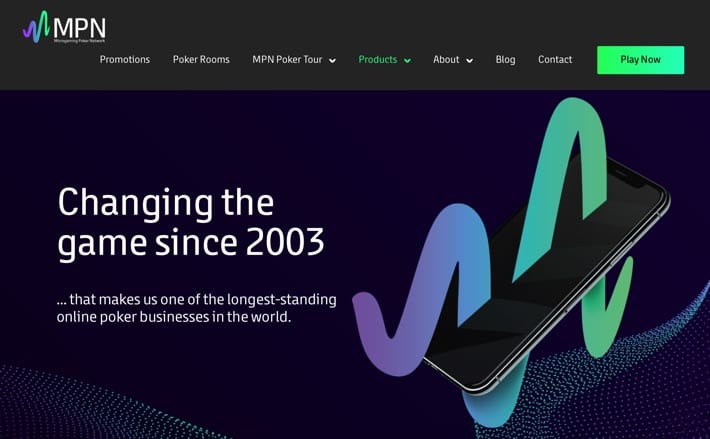 When Alex Scott made his announcement about the network closing down he said that everyone involved in it was ‘committed to seeing it out with dignity’. It was an attitude that reflected the entire approach that Microgaming Poker Network had taken to the world of online poker from the moment that it launched, which is part of what made it so popular.

There’s no question that MPN will be missed by those that play online poker on a regular basis, with many of those players now intrigued as to what Microgaming’s future approach to poker will be. We know that they don’t think that a network is the right thing to do, but that doesn’t tell us what is. The future for all concerned is an intriguing one.