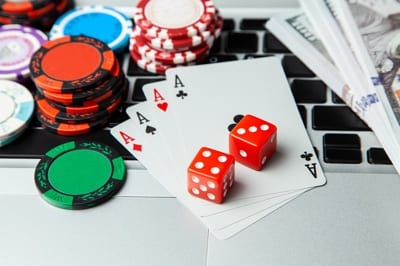 Anyone who has ever played card games online knows that there are two forms of the biggest games: computerised and live dealer versions. These exist with the likes of online roulette, blackjack and baccarat. These are all relatively simple games to run in a live format for the simple reason that even in a casino all blackjack players can see the hands of all other players, with only the dealer’s hand hidden from public view until the end of the process. Likewise, on the roulette table, everyone can see what everyone else is betting on publicly.

One of the biggest games in the world of gambling is poker, so ever since the world of betting moved online, people have been trying to figure out a way to make a live dealer version of the game work. The problem, of course, is that in real poker players can’t know what cards other players have got because it would completely remove the jeopardy of the game. Would anyone be able to come up with a version of poker that could be played online using live dealers and real decks of cards? That’s the question that Real Deal Poker thought it had come up with an answer to, but the website has never seen the light of day.

The Idea Behind Real Deal Poker

The idea behind real deal poker was a simple enough one: use real dealers to shuffle and deal cards to players that have logged into the game online. The main idea was to take away the computerised nature of poker that depended on a computer system and a Random Number Generator, instead putting the control into the hands of the players and the dealer to make the game as ‘real’ as possible.

The execution, however, was far more complicated. How could players be shown their cards without others also seeing them? How could you remove the need to an RNG to be involved and replace it with someone or something that could actually shuffle and deal real cards, therefore giving it the randomness of an actual game of poker?

Well, back in 2008, a man named Gene Gioia thought he’d come up with a solution. The cards would be shuffled and dealt by a robotic machine rather than a computer. It would allow for everyone involved to see things in an entirely transparent manner and for there to be increased accountability for the players. The entire thing would still be computerised in terms of the visuals of the website, but the cards being dealt would be physically real and the shuffler would also actually shuffle the cards.

The immediate problem that the creators were faced with was the drop off in the number of hands that could be played per hour. Random Number Generator controlled games of poker can come immediately after each other, allowing for as many as a thousand hands in the space of an hour. The need to use a shuffler would reduce that figure dramatically, perhaps to as low as thirty hands every hour. There was also the fact that players would soon realise that they were just as likely to get bad deals as on RNG powered poker sites then why not use one of them instead?

The Site Gets Brought Back to Life

Perhaps somewhat understandably, the original Real Deal Poker site didn’t last long. It struggled to prove itself as a decent way of playing poker and failed to win over the big players, earning criticism from people on poker forums. The company disappeared from the Internet towards the end of September and many people thought that that was the end of that. They posted nothing on Twitter between the 2nd of September 2010 and the 6th of November 2012, for example, with even the 2012 post being nothing more than a speculative guess that no one would see the tweet…

Then, in 2013, news emerged of MGT Capital’s decision to acquire Gioia Sytems, the Real Deal Poker technology and all of the related assets. Was there to be a new attempt to get the technology up and running in a more sustainable manner? That certainly appeared to be the case, with MGT Capital being a subsidiary of MGT Interactive, which was incorporated in 2005 and based in Denver, Colorado.

A little bit of digging, however, and you’d soon find out that the founder and Chief Executive Officer of MGT Interactive was Mr Gene Gioia, who invented Real Deal Poker in the first place. Was this just Gioia trying to freshen up his poker client for new users? It’s difficult to tell, with the company’s website, sending users to an Error 1009 message as of June 2019.

A quick look at the Real Deal Poker Twitter account shows that there were no posts between September 2013 and April of 2017, with the return to form being a tweet informing users that Real Deal Poker was coming back. The plan was to launch in September of 2018, but no launch was forthcoming. Indeed, the last tweet sent at the time of this piece was one sending you to Facebook for a statement but the Facebook page is no longer valid.

What Sort of Live Poker Can You Play Online?

Given the evident failure of Real Deal Poker, which seems to have simply vanished from existence, what sort of live poker can you play online? The game is essentially broken down into two categories, with the first being typical, standard online poker games that are organised by the big hitters of the industry and involve players being dealt cards according to the rules laid out by Random Number Generators.

The other form of online poker that actually does involve a real dealer dealing real cards is known as Casino Hold’em. This is basically a smaller form of the game more akin to blackjack, in which a dealer deals two cards face up that are for all players playing the game and two cards for themselves face down.

Before the deal, players have the option of placing a side bet on the possibility of being dealt pocket Aces, much as they can bet on being dealt blackjack when playing online blackjack games. After bets have been placed the dealer will lay out the first three cards of the Flop and players will have the chance to Call, which costs twice the Ante. Then the dealer will deal the Turn and the River.

All users operate off the same information and play with the same cards though don’t necessarily make the same decisions in terms of their bets. When bets have been completed the dealer will reveal their cards and declare whether they or the players have won.

It’s obviously not the same as the real life poker game that Gene Gioia envisaged when he created Real Deal Poker and the robotic dealing machine, but it’s about as close to it as you can find online today.

Previous Post: « Taxing the Bookies: What is the Point of Consumption Charge?
Next Post: Ashley Revell: The Man Who Bet It All On One Roulette Spin »