Have you ever started a conversation with a friend by saying ‘how much would I have to pay you to…’? If so then you’ve essentially entered into the world of what is known as ‘prop betting’. It stands for ‘proposition betting’ and there are two types of prop bets:

It’s the weird and wonderful novelty bets that we’re interested in here. They are most commonly associated with poker players, often being struck in the middle of tournaments or matches. 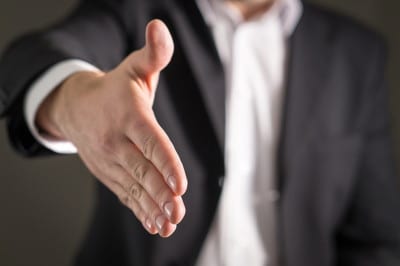 First and foremost, a quick look at how, exactly, these sort of prop bets work. Typically speaking someone will present someone else with a ‘dare’ for money, such as ‘will you drink this bottle of ketchup for £20?’. If the person being asked the question accepts the bet and drinks the ketchup then they win £20 off the proposer, if they fail then they need to pay the person who asked them the question £20.

The parameters of the bet are usually decided by the participants, with some offering odds rather than an outright amount of money. For example, back in 2008 Andrew Robl and Alec Torelli reportedly offered a Bellagio high-stakes gambler called Jay Kwik 2/1 odds that he couldn’t live in one of the hotel’s bathrooms for 30 days.

Buying Out The Bet

As a quick side note, the most generous people involved in these prop bets allow those that they’re going up against to ‘buy out’ certain wagers. Those involved in certain challenges will pay an amount of money to mean that the bet becomes null and void.

The idea behind the buyout is that the person paying the money doesn’t need to get themselves into outrageous amounts of debt because of a wager but the person being paid off still gets a good chunk of money.

An example is that of Alec Torelli’s $200,000 bet with Ashton Griffin about who could complete a triathlon the quickest. They both began training but Griffin soon found himself on a $1.5 million poker downswing and so bought out the bet for $100,000.

Some Of The Craziest Prop Bets We’ve Found

There’s no better way to understand the world of prop bets than to give you some clear examples. Without further ado, then, here’s a look at some of the best ones from over the years:

The Man With Fabulous Breasts

On of the most infamous examples of a prop bet occurred in 1996 when a magician and gambler called Brian “The Wiz” Zembic agreed to get breast implants for $100,000.

The money was put forward by a backgammon player, with certain conditions laid down for the bet. Firstly, Zembic had to pay for the operation himself, then he needed to keep his new breasts for at least 12 months.

In the end the plastic surgeon chosen by Zembic was one that owed him money and did the operation in exchange for his debts being forgiven. The surgeon must have done a good job, given that the boobs were still in place in 2015!

A solid example of someone doing something because the odds are too good to resist involved the first ever World Series of Poker winner Johnny Moss. Out with friends one night in a bar where a notorious bar room brawler was having a drink, one of Moss’ friends bet him that he wouldn’t start a fight with the guy.

Moss wasn’t much of a fighter but he knew how to gamble, so when he was offered odds of 15/1 for his $1,000 he immediately attempted to take the guy down from behind. He lost the fight and took a terrible beating, with some saying that it could’ve killed him. In the end all he had to show for his bravery / stupidity was a few broken bones and a $1,000 hole in his wallet. Not that he regretted taking the bet, of course…

Professional poker player Jeff Gross took a real risk when he agreed to allow his friends to design a tattoo that would be placed on his back in a prominent position. After all, they could have opted to put a swastika, racist slogan or even their own faces on his skin.

Instead they opted for something far more user-friendly, getting a rainbow placed in an oval just to the lefthand side of the top of his spine. Perhaps they were homophobic and felt that the tattoo would embarrass him enough to have it removed? One of the stipulations of the bet was that he’d have to pay back the $550,000 he won by accepting the bet if he ever got the tattoo removed.

Huck Seed is perhaps best known for his 1996 World Series of Poker Main Event victory, but to Howard Lederer he’ll always be known for something far more acrobatic. Seed bet Lederer that he could perform a standing backflip to the tune of $10,000, which was a wager Lederer couldn’t resist.

Unknown to him, however, Seed’s uncle was an acrobat and the mistake that Lederer made was giving Seed six months to train for it. His uncle spent six months teaching the six foot, seven inch poker star how to do it using a harness. The bet stipulated that he had just one chance to pull it off.

In those circumstances you’d think that Seed would be keen to pick a safe space in which to do the bet, psyching himself up appropriately. You’d be wrong. Instead he did it at a party when he was drunk. Whilst most of us wake up the day after a party with a hangover, Seed found himself $10,000 richer and able to do a back flip.

Odds On A Tiger Prove Costly

In the early days of Tiger Woods’ career, before anyone really knew who he was or how good he was at golf, poker player John Hennigan gave his card-game loving friend Barry Greenstein odds of 19/5 on every event that Tiger played in over the following two years.

Anyone who knows anything about Tiger Woods knows what happened next, with arguably the greatest golfer in the history of the sport winning virtually every tournament he entered. Hennigan ended up having to pay Greenstein $100,000 before being allowed to pay a further $100,000 to buy out his bet. Proof, perhaps, that you really shouldn’t bet on the future of a sports star you don’t know much about.

We mentioned earlier the case of Jay Kwik living in a Bellagio bathroom for 30 days. What we didn’t say was that Kwik was allowed telephone access, a DVD player, light in the room and other home comforts. He did so well at it that his bettors bought out the wager early for $40,000 rather than allow him to complete his allotted time there and take the full amount.

Perhaps those involved in a prop bet placed in November of 2018 learnt from that, requiring a poker player to live in a dark bathroom for 30 days in the hopes of winning $100,000. The rules stipulated that he wasn’t allowed any human contact, alcohol, drugs or other aids for sleeping and that his only entertainment would be a paddleball and a Rubik’s cube.

The bet came about because Australian Rory Young likes to ask people how long they could stay in a bathroom with no human contact and bet on their answer in a so-called Lodden Thinks game. He asked his go-to question to follow poker player Rich Alati who responded that he could do it ‘easily’. Queue Young essentially saying ‘prove it’ and the poker community asking about the legal, health and moral implications of one month’s isolation.