The vast majority of people that sign up to play poker online do so in good faith. They choose a site that they like the look of, create a profile and login to start playing poker as soon as possible. When they play their games, they imagine that they’re coming up against like-minded people who simply want to enjoy their time playing the likes of Omaha or Texas Hold’em. Whilst sensible players are aware of the fact that there will be better players than them and maybe even some professionals, they don’t expect to encounter cheats.

Whenever money is involved in something, however, there will always be people that will look to take advantage of others. In the world of online poker, that usually takes the form of collusion. Collusion, as the title suggests, involves two or more players working together in order to take money off the other players at the table. There are numerous different ways that they can do this, but the outcome still results in innocent people losing their money and others walking away with it thanks to illegal playing methods.

In short, collusion is a phrase that covers any coordination between players that results in the game of poker not being played correctly. That is to say, two players that decide to check through a game when it is only the two of them playing in order to split the pot could be said to be colluding with each other just as readily as two players raising another player out of the game could be. The latter form of collusion is often referred to as whipsawing, whilst a player deliberately losing to a partner is known as ‘dumping’.

Collusion can go so far as to involve players actively communicating with each other, sharing information. This can be done thanks to the manner in which they arrange their chips, for example, or how they put their cards down on the table if they’re colluding in real life. The move to online poker has resulted in more complex collusion, largely thanks to the fact that punters can talk to each other away from the table without being spotted in any way. Imagine two people sat in the same room, for example, or talking on the phone whilst playing.

A good example of collusion would be two players at the same table working together to raise the pot. When they know that one of them has a good hand, one of them will raise the pot by, say, £2. When it comes to the next player, they will raise that raise by £2. Players that have already paid a couple of pound to play are unlikely to be put off by paying an addition £4, so they call. This happens a couple of times until most players have paid in as much as £8, at which point the colluder with the good hand raises the pot by a large amount, such as £50.

Though many players are happy to pay a relatively small figure like £8 to see the flop, many will not be willing to match the £50 figure and those that do so will be coming up against a good hand. By using this sort of method, players can put themselves in a position to get rid of the players that are mainly there for fun and therefore thin the table out. This, in turn, increases their chance of winning as there will be fewer players that they need to have better hands than. This is just one example of a method of collision that is difficult to detect and avoid.

How Collusion Is Stopped? 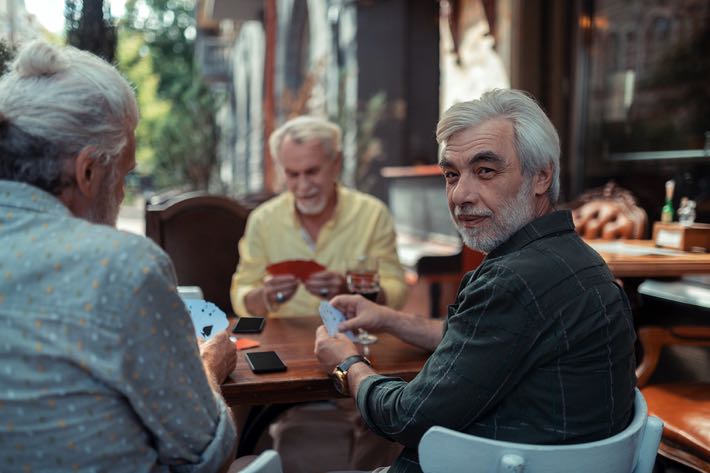 Cheating in online poker is difficult to spot and even tougher to combat. Online cardrooms will have systems in place to try to identify collusion, which is easy enough after the fact thanks to websites keeping records or all hands played. Players that fold good hands to small bets, done because they know that their partner has a better hand, will be flagged up on the system and identified as possible collusion, for example. If users tend to sit at the same tables, that will be noted and their play will be monitored.

Should such users be flagged, they will normally be informed that they’re being monitored by the website that they use in the hope that this will deter further collusion in the future. Players can even collude with themselves, having opened multiple accounts by using different IP addresses. This is generally clamped down on thanks to websites coming up with different ways to stop players opening several accounts, even if they do have different IP addresses and client information from each other.

Other attempts to stop collusion have been introduced over the years. Occasions when a player has gone All-In and been called for one other player, for example, will result in the cards of both players being shown to the entire table. It is also common for physical casinos to state that only either English or the language of the country in which the casino is based can be spoken at the table, which limits the ability of people to communicate with each other in their native tongue that other players and the dealer are unlikely to understand.

What Is the Point of Collusion?

In most of the poker sites you can play games at, the prizes on offer in cash games aren’t going to be exceptional. With that in mind, it is not as if people colluding together are going to win vast sums of money. The more people you add into a collusion, the more the money won is going to have to be split between them, further reducing what they can take home. When you bear in mind that it is extremely difficult for colluders to work together to win tournaments because of the way they’re structured, it makes even less sense.

Even so, people do collude with each other time and again. Imagine a scenario in which there are four colluders at a table of ten players. If those four players have all four Aces between them, say, or three of the four possible Kings, they will know that the other players can’t have Aces or more than one King during a given hand. If at least one of the players is a decent mathematician, they will be able to work out the odds of one of the group winning a hand based on the cards that they all have between them.

This sort of information alone will inform a player about how to play a given hand, let alone when you consider that the players will be able to work together to increase the chances of one of their number winning most of the hands that are played. Whilst the money won is unlikely to be an eye-watering figure, it will be enough to allow them to do little else for work, especially if they play together on a regular basis. Even £150 each per day would work out at more than £50,000 per year, which explains why some are willing to take the risk.

What Are the Penalties for Colluding? 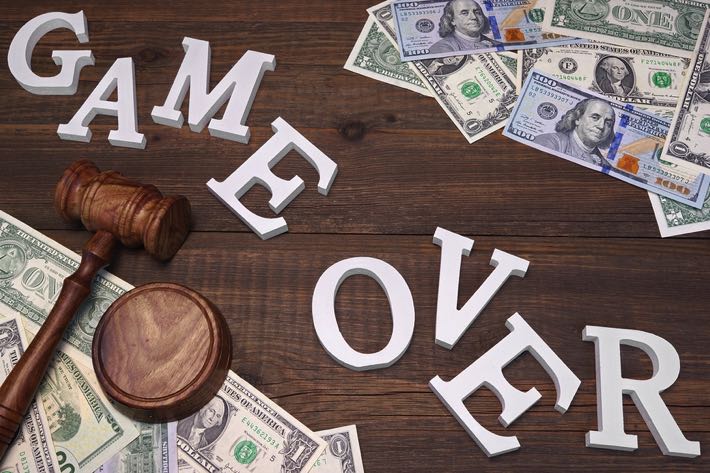 The first thing to acknowledge about poker, regardless of whether you’re playing online or in person, is that there are no hard and fast rules that every single poker room follows. Cheating of any sort is obviously strongly discouraged, but what that cheating is and how it is handled will differ from poker room to poker room. Even something like how often someone is found guilty of collusion will have an impact on how it is treated. A first time offender is likely to be treated much more leniently than a repeat offender, for example.

In part, the reason that there is no one rule for collusion comes down to the fact that it can happen in numerous different ways, with some forms of collusion being worse than others. The penalty for two players checking through so that they can split the pot is not likely to be as bad as players working to cheat another player out of their chips, which is entirely reasonable. Another part of the problem is that it is very difficult to prove collusion, so having specific punishments in place wouldn’t quite cut the mustard for many.

It is likely that casinos would take collusion a lot more seriously if it was the casino that was being cheated out of money rather than random players. The fact that it is not, however, combined with the fact that it is difficult to prove that players have been colluding means that the punishment is rarely as severe as you might imagine. To some, the very idea of collusion is viewed as being akin to fraud and should be treated as such. To others, though, it is just people looking to find an edge with their friends in a competitive arena.

In the world of online poker, it is not uncommon for sites to threaten to ban any players found guilty of collusion. On the one hand, this makes sense because it will deter many people thinking about colluding. On the other, most players that are likely to commit such a nefarious act will know that the site will struggle to actively prove that they’ve colluded, so they won’t be overly concerned. On top of that, there are dozens of other poker sites that they can go to in the event that they want to collude with a friend elsewhere.

How Common Is Colluding?

If you’re a regular poker player, either online or in casinos and card rooms up and down the country, there is no need to be overly concerned about what you’ve read in this article. Yes, collusion is a thing that happens, but no, it isn’t all that widespread and it poker sites are working harder and harder to make it more and more difficult for those that would look to get up to such nefarious methods of winning games. Even when cheating does seem to happen, it often leads to press stories that result in it stopping quickly.

There is not a huge amount that you can do if you think that you’re the victim of a collusion scam, except to leave the table and report the possible perpetrators to the site or casino where you’re playing. Whilst this is unlikely to make a massive difference, it will at least lead to those doing the colluding to be watched more closely, which will hopefully be enough to turn them away from trying to do it again in the future. It is an imperfect system, but there’s obviously not a lot that you can do except limit their ability to take money from you and hope that the poker site will stop them from taking money from others too.

Again, though, the reality is that it isn’t really a massive problem. Yes, there are definitely people out there colluding with each other to win poker games, but when you begin to worry about something you will imagine it happening everywhere and that simply isn’t the case. All you can do for your own part is to pay attention to what is happening in the games that you play, noting whether some players never take each other on or one or the other drops out after the flop once they’ve driven the pot up. Simply put, just look out for yourself whenever you play.