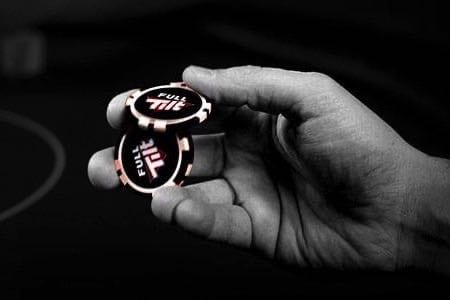 One of the internet’s most popular poker sites decided to close its doors on the 25th of February, 2021. The site effectively merged with PokerStars, with the owners saying that their desire to improve the software and customer experience at the parent site meant that Full Tilt Poker didn’t get the focus that they felt it deserved. Rather than give it that focus, it was deemed to make more sense to just shut it down altogether.

Full Tilt Poker was a site that was not without its share of controversy over the years, not least of all when the United States Department of Justice investigated the company on accusations of money laundering. The company was also accused of defrauding poker players that used the site out of in excess of $300 million, which all occurred prior to the decision of the Stars Group to buy the site in 2014.

A History of Full Tilt Poker

In the years that followed the turn of the millennium, online poker began to take form as one of the most exciting aspects of internet gambling. Sites, such as Paradise Poker and Planet Poker, started the charge, with others like PokerStars and Party Poker taking up the baton and running even further. Online poker became loved so quickly because it allowed amateur players to go head-to-head with the stars of the game.

Money is the great leveller in the world of poker, meaning that anyone that had some could join games online regardless of whether they were good at it or not. The likes of Phil Hellmuth and Annie Duke began to make names for themselves, but it was the arrival of Ray Bitar on the scene that began to change the face of online poker for the better. Bitar was a day trader and believed that there was room for another poker site on the net.

Bitar teamed up with Chris Ferguson, the 2000 World Series of Poker champion, using his contacts in the industry to drum up investment and to make them the face of the new brand. PokerStars had a head start on them in terms of convincing players to join, given that Chris Moneymaker was the brand’s representative after his 2003 World Series of Poker victory, which he qualified for via an online poker satellite tournament of theirs.

A veritable Who’s Who of online poker was collected for the launch of their new site, with names, such as Howard Lederer, Phil Ivey, Andy Bloch, Jennifer Harmon, and John Juanda on board. They were not only known to online poker players but also to those that watched events on the television, so it was with a degree of fanfare that the site launched in the early part of 2004.

Bitar knew what he was doing, spending money to ensure that the logo of his new site appeared on poker television programmes and on the shirt sleeves of countless different poker players. He worked with agencies for a long time to design a logo that would both capture the imagination and standout in a crowded market place, eschewing the more popular notion of having poker chips and other paraphernalia as part of the logo.

By the end of the launch year, the company’s tagline of ‘Play Poker with the Pros’ was seen almost everywhere you could play poker, giving people the impression that they’d be playing against the best players if they joined up. It was true, too; the professionals associated with the site would regularly take a seat at not only tournaments but also cash games, further ensuring that more players joined up. 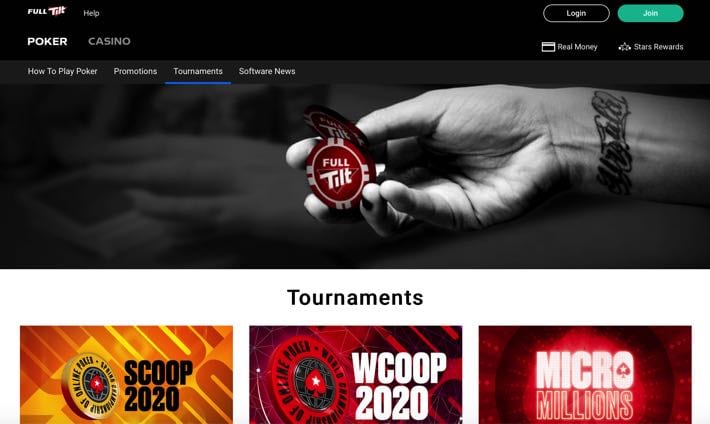 The bringing in of major stars led to the site growing at an incredible rate. By the time that 2005 turned into 2006, Full Tilt Poker was the fourth biggest poker site on the internet. Not only that, but the decision to double down on their growth strategy meant that it showed no signs of slowing down, producing their own poker shows for television that had stars, such as Phil Ivey, teaching amateur players how to improve their game.

Bitar was keen to make his site the biggest and best on the internet, constantly throwing lavish parties and putting himself in the spotlight to ensure the company’s growth. The site was making so much money that he was able to pay out dividends to the starts that had helped make it in the first place, paying millions in rewards, against the advice of some of the other founders of the company.

If it seemed to Bitar and his fellow founders that the good times would never end, the passing of the Unlawful Internet Gaming Enforcement Act in October of 2006 put paid to that notion. The Act forbade gambling sites from knowingly accepting payments for bets or wagers over the internet, with the Act becoming law across the United States of America. Soon it began to be compared to the prohibition of alcohol, with critics saying it wouldn’t work.

PartyGaming, the parent company of PartyPoker, saw its stock drop by 60% in the immediate aftermath of the bill passing. It was a move that saw it drop out of the FTSE 100 index and forced the company to bid goodbye to around 60% of its players. The decision of such companies to walk away from the US market meant that there was a hole that needed to be filled, with Full Tilt Poker welcoming the players.

For a time, Full Tilt Poker could do no wrong. The company continued to grow, managing to offer its services to players in the United States of America courtesy of a site that only allowed play money and had no access to real money gaming. In 2006, the first crack began to show when a board member quit, saying that the management team was unable to handle the company after it had become so large.

Then, two years later, Full Tilt Poker was sued by Clonie Gowen, a player that it had sponsored. Gowen claimed that she had initially been offered a 1% stake in the company in return for her promotion of the site. Though the claim was ultimately dismissed, it suggested that all was not right behind the scenes; an impression that was furthered when a former employee sued for wrongful dismissal in 2009.

The Department of Justice Gets Involved

A payment processor that worked for Full Tilt Poker chose to leave the firm, attempting to take millions of dollars in their money with them. As a result, the company threatened the owner of the payment processing firm that they used, Daniel Tzvetkoff, saying that they would tell the American government that he was illegally allowing payments from US players. Instead, he turned himself in and took a deal for immunity.

The deal included confirming which companies were accepting payments from American players, which was against the law. As a result, the US Department of Justice seized the domains of both Full Tilt Poker and PokerStars on the 15th of April, 2011. The owners were indicted on charges of mail and bank fraud, with a deal being offered that they could get their domains back if they paid a fine and paid back American players.

It was at this point that it became evident that Full Tilt Poker did not have the liquidity that many presumed. The bank accounts showed that they company held about $60 million in cash, even though players’ accounts suggested that they had $300 million. The owners of the company soon went into hiding, with the industry as a whole finding out that they had spent hundreds of millions of dollars that weren’t actually theirs.

PokerStars to the Rescue

An announcement in 2012 confirmed that PokerStars was willing to settle their case with the Department of Justice to the tune of $750 million. In addition to the payment of the fine and the returning of money to American customers, PokerStars also agreed to pay for Full Tilt Poker’s fine and players, as long as they got the firm’s assets and player database in return. Players were happy as it meant that they’d get their balances back.

PokerStars decided to return Full Tilt Poker to the market not as a poker site, but instead as a brand that would focus on sports betting as well as casino games under the brand name ‘Full Tilt’, with the poker having been removed. The poker database was integrated with the PokerStars site. It saw the end of one brand but the further strengthening of another, that just happened to be their rivals.

The deal with PokerStars came about after an earlier deal had fallen through. The French-based Bernard Tapie Group had made an offer, but didn’t want to pay players what they were owed in full. Instead, the preference was to pay a portion of what was owed to the players, but ultimately, the investors of Full Tilt Poker, as well as the Department of Justice, couldn’t reconcile not paying players what they were owed in full.

For a time, Full Tilt Poker still existed in the sense that there was still a domain with that name and you could play poker on it. You could even download what was ostensible Full Tilt Poker software, with the main difference being that when you actually attempted to play poker it would be the PokerStars site and software that you would be using. The long-term writing for the site was very much on the wall.

That came to a head on the 25th of February in 2021 when the decision to shut down Full Tilt forever was taken. Neither the desktop nor the mobile applications worked any longer, with all users’ preferences and balances, as well as their account information and any tokens that they had were made available on the PokerStars software. That means that users could, at least, withdraw their balances.

The reason for the shutdown was made clear by PokerStars, who felt that the commitment to improve the software and experience of customers on their main site was outweighing the focus and resources that they could put into Full Tilt. Rather than allow the brand to limp along and not provide users with a good experience, it was instead decided that it made more sense to consolidate the brands and innovate with PokerStars.

Whether that was always the plan for PokerStars remains to be seen. It’s not exactly outrageous to suggest that the company wouldn’t have objected to eventually being able to shutdown one of its most fierce competitors. There’s also the possibility that those involved with PokerStars felt that Full Tilt Poker was ultimately responsible for the $750 million that they had to pay years before, holding a grudge about that.

That, of course, is just speculation. Even so, the fact that they were able to shutdown Full Tilt Poker whilst keeping the majority of the brand’s players won’t have been seen as a hardship for the powers that be at PokerStars. It’s certainly possible that some poker players forever linked Full Tint to what became known as Black Friday, so removing that brand from their own gave them a clean slate to move forward with.

Previous Post: « What Is the Prestbury Cup & Who Has Won it the Most?
Next Post: Open, Invitational, Masters, ProAm & Ryder Cup: What Do the Different Types of Golf Tournament Mean? »