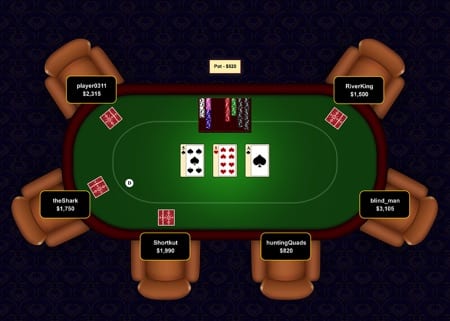 When it comes to playing poker, secrecy is paramount. Whether you’ve got Pocket Rockets and are hoping to lure the rest of the players you’re up against into a trap that hands you a decent pot or you’ve got two-seven unsuited but are planning to bluff, your plan depends entirely on no one else knowing what cards you’ve got. The fear that someone knows them is ever-present.

Whilst live poker doesn’t entirely remove the risk of your cards being exposed, there are at least measures you can take to limit the chance of someone else seeing them. The same cannot be said for online poker, given that everything is done over computer. The fear is real, even if in reality there isn’t much to be afraid of. It has happened, but it’s far from a common occurrence.

A Brief Explanation of Online Poker

Online poker is, as the name of it suggests, poker played over the Internet using a home computer, tablet or mobile phone. As with normal poker, there are numerous different versions of poker available, from Omaha to Seven-Card Stud. Yet the most popular is undoubtedly Texas Hold’em, which sees each players dealt two cards and five more dealt onto the table.

They are dealt out as three cards initially, then another one and then the final card, with chances to bet in between each deal. The online version of the game works in the same manner as if you were playing with real cards, with the only difference being that the cards dealt to each player are decided by a Random Number Generator rather than the randomness of a shuffle.

The whole point of online poker is that each player is only able to see their own cards and the community cards as they are dealt into the middle of the table, just as in real life poker. The entire enterprise falls down if players can see someone else’s cards. It’s such a major fear for online poker players because they obviously can’t see what’s on someone else’s screen.

Why Cards Being Revealed Is Such a Nightmare 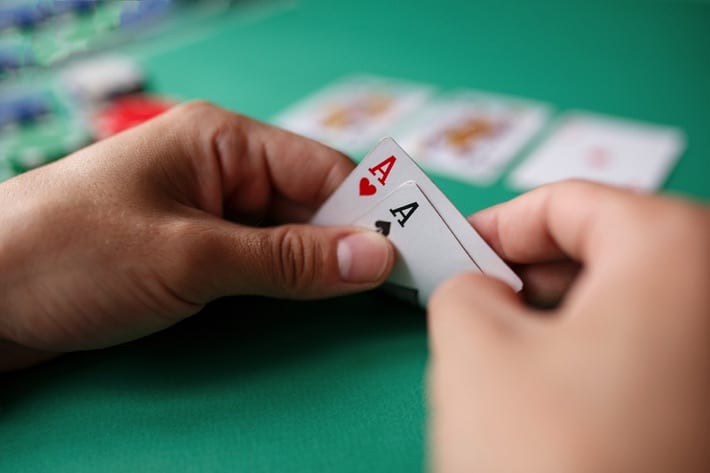 If you’re not much of a poker player then you might not realise why the protection of the hole cards that are dealt to players is so important. The simple fact is that the hole cards are the entire game in the world of Texas Hold’em poker. They are the only cards that are individual to each player, so whether you’re able to win or lose is dictated by the cards you get dealt.

There are numerous strategies to winning poker games, with the one espoused by David Sklansky stating,

Obviously, if your opponent can actually see your cards then everything changes. Bluffing is no longer possible and players who are good with the odds will know what their chances of beating you are before the rest of the cards are dealt. Take away the one aspect of poker that is supposed to be secret and it changes into an entirely different game.

Each online poker company will have its own set of algorithms that dictate how the game is played. It’s why each site offers an entirely different playing experience from the others. The algorithms decide which cards will be dealt at any given time and it all starts with a Random Number Generator. The manner in which these RNGs work is a closely guarded secret.

Even if you were able to figure out how the RNG works, cracking an online poker site would be virtually impossible. There are far too many moving parts and companies work hard to ensure the fairness of their games. After all, you can have the best poker suite in the business but if punters don’t feel that they can trust your site then they’re never going to use it.

These algorithms and security systems have improved over the years, shifting with the development in technology. When online poker first started, there was much more of a feeling amongst some quarters that the games could be hacked. It’s why online poker companies worked so hard to ensure that what they offered was as secure as possible.

As you might expect, the companies that proved to be unreliable soon went out of business and it was only the ones that demonstrated their security to be important that survived. Offering online poker in a demonstrably safe manner is the key priority for all online poker companies, who ensure that their algorithms and programmes are kept up-to-date at all times for that reason.

The Few Exceptions that Prove the Rule

Just because it happens so infrequently as to make it something of a non-story doesn’t mean that it never happens. There are various reasons for why it’s been possible for a player to know the hole cards of other players in an online poker match, with the most obvious and common being that they have installed something on the other players’ computers that gives them access.

This is because the servers used by online poker companies are so strongly protected that it would be virtually impossible to hack them. That is not the case with someone else’s computer, given that many people who aren’t tech-savvy would be more likely to open an email or attachment that has malware attached than people who know what they’re doing.

This, of course, limits the access to the hole cards of other players to just the few that you’re able to get malware onto the computers of. That means that it isn’t exactly likely to be a huge money maker and will certainly be such a rate occurrence that it’s not really something that the majority of online poker players will ever need to worry themselves about. 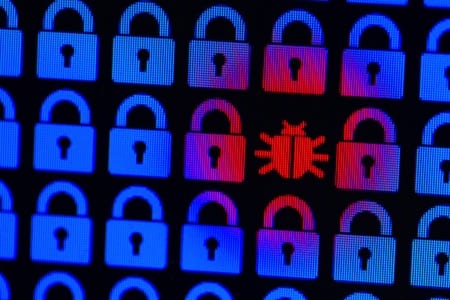 If you’ve ever had a computer that has come under attack from malware, such as ransomware, which refuses to release control of your computer and threatens to wipe it unless you pay money, then you’ll know how scary it can be to lose control of your laptop or desktop. In 2015, ESET announced that it had discovered a piece of malware that targeted online poker players.

Given the name Odlanor, the malware did exactly what we’ve been talking about. Targeted at users of PokerStars and Full Tilt Poker, Odlanor was hidden within a more official application or program and installed itself on a victim’s computer. It would take a screenshot of a victim’s computer, revealing their username and their hole cards, which would be sent to the attacker.

The attacker could then use this information to ensure that they had an unfair advantage in a game on one of the sites. To prove the point made earlier, though, it was hardly a widespread issue. By September of 2015, it had infected just a few hundred computers. Most of the infections occurred in Eastern Europe in the likes of the Czech Republic, Poland and Hungary.

In 1994, Russ Hamilton won the World Series of Poker’s main tournament and a top prize of $1 million, the association WSOP bracelet and his own body-weight in silver. Whether he then went on to lose most of that or was simply a remarkably greedy person isn’t clear, but what we can tell you is that Hamilton was at the centre of one of online poker’s biggest scandals.

It occurred in the mid-2000s when online poker was still a relatively new enterprise and the verification of different sites was akin to the Wild West. There were gaming commission run by Native American Indian, Caribbean and Central American-based organisations and none of them had any sort of official link to the United States Gaming Commission.

A player named Potripper on Absolute Poker, the sister site of Ultimate Bet, had won hands that seemed impossible unless they’d had a ‘super-user account’ that allowed them to see other players’ cards. It was believed that one of the founders of the site, Scott Tom, had been responsible and he did allegedly confess some part in the affair.

Absolute Poker decided not to report the player or players responsible to the authorities in exchange for information about how they’d managed to achieve what they had achieved. The Kahnawake Gaming Commission issued a fine of $500,000 and Absolute Poker paid out more than $1.5 million to victims, but managed to keep its gaming licence from the KGC.

Meanwhile, at Ultimate Bet, a player called NioNio was beating some of the best players in the game and taking hundreds of thousands of dollars from them. One such player was David Paredes, who lost $70,000 over a course of games. He shared his hands with another player and it was realised that the statistical probability of NioNio winning them all was akin to winning several lottery jackpots.

Eventually it was discovered that Russ Hamilton was the man behind the numerous accounts and indeed at the centre of the entire scandal. Remarkably, Ultimate Bet also received only a small fine of $1.5 million from the Kahnawake Gaming Commission and was allowed to keep its licence. It was a brief disaster for the world of online poker.

So, Can Someone Else See Your Cards in Online Poker? 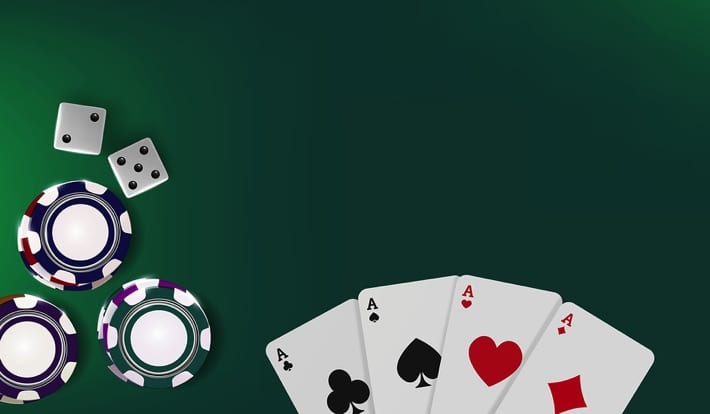 The short answer to this question is that it’s not a complete impossibility. As is often the case, though, short answers don’t even come close to telling the whole story. The reality is that the number of cases in which something like that has happened are so few and far between that it really isn’t something that should worry online poker players.

It would be simply untrue to say that it had never happened, but online poker players only really need to be cautious about it rather than terrified. Make sure that you only install software from trusted sources, for example. Also only play on online poker sites that have been verified by gaming commissions that you know and recognise.

There are plenty of things that you can do to mitigate any possible risks, up to and including being wary of players that beat you in seemingly impossible situations. Ultimately, though, there’s not a huge amount to fear. The security of online poker sites is improving all the time and it is very much not in their interest to have players losing money thanks to nefarious means.