In the world of greyhound racing, the main form of betting is also the most obvious. You have a look at the race card and pick the dog or dogs that you think are going to win, placing a bet on them as you see fit. In that sense, it’s very similar to horse racing and offers the same sort of buzz, with the major difference being that horse races tend to last a bit longer than greyhound events, even in flat racing.

As a result, customers began to want a way of betting that would maintain their interest in a meeting for longer, which was duly supplied by the invention of trap challenge betting. As the name suggests, this is a bet more on the individual traps at a racecourse than it is about the dogs themselves. You bet on the trap that will produce the most winners during a racing meeting, with the actual number of winners not all that important.

Greyhound racing in the United Kingdom was first recorded in 1776 in Swaffham, Norfolk. Back then it was a sport that went by the name of coursing and involved two greyhounds chasing after a hare that they would need to catch and kill. Things began to change 100 years later when the mechanical lure was introduced for the first time, with six greyhounds taking each other on to ‘catch it’.

It didn’t gain much popularity in the early years, with greyhound racing not really taking off until the middle of the 1920s that the sport began to gain the interest of the public. That was when Belle Vue Greyhound Stadium in Greater Manchester welcomes more than 1,700 people the watch an event, gaining in popularity in the years that followed. Traps were introduced to keep the dogs separate and ensure an easy and even start to the race. 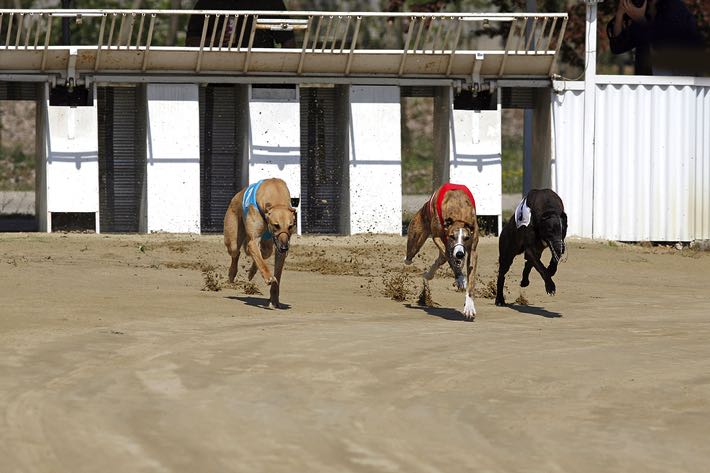 At a greyhound racing meeting there will usually be between 12 and 14 different races that take place. Obviously, the majority of punters will look to bet on each race, weighing up the different competitors and deciding which ones they should spend their money on. The sheet number of races alone is enough of a factor to maintain the interest of most bettors, but the thing about those that like a flutter is that they’ll often look for something different.

In addition to betting on the winning greyhound in each race, trap challenge betting allows people to place a wager on which trap will produce the most winners over the course of the meeting. It doesn’t matter how many wins the trap produces, just whether or not it will be where more winners run from than the other traps during the course of greyhound racing event in question.

Trap challenge bets are typically priced up before a meeting gets underway and don’t usually involve any sort of In-Play changes, though this does depend on the bookmaker offering the odds. It is a good way for people that only like to place small stakes to have a limited bet at the start of a race meeting and maintain interest throughout most of the races as they take place, even if they don’t have bets on the dogs taking part.

How to Approach Trap Challenge Betting

In essence, a trap challenge bet asks you to predict the winner of every race and figure out which trap they will run out of. The good news is, though, that, unlike with an accumulator bet on all of the winners, your bet won’t become a loser if one of your predictions is a loser. You might, for example, believe that the dog in Trap 1 will win the fourth race but the dog in Trap 5 actually wins it. That’s fine, because you’re just betting on the winning trap.

The individual greyhounds in the various traps aren’t important, so it doesn’t matter to your bet whether the winner is the odds-on favourite or a rank outsider. The trap challenge bet is simply a numbers game, with the only thing that matters being whether or not you’ve correctly identified which trap will house the most winners during a meeting. Let’s imagine a 14-race meeting with six traps in use that ends as follows:

In the above example, Trap 1 witnessed three winners, as well as a Dead Heat victory. Trap 2 only had one winner, whilst Trap 3 had two winners. Trap 4 was also responsible for two winners, as was Trap 5. Trap 6, meanwhile, was joint with Trap 1 in having three winners plus a Dead Heat finish. Because Dead Heats apply in this type of bet and count as half a win, it means that the final result of the trap challenge at our made up meeting was as follows:

If you had a bet on Trap 1 or Trap 6 in your trap challenge wager then you’ll have won your bet, albeit with Dead Heat rules in place. That means that your stake will have been divided by the number of winners, in this case two, with the odds remaining the same. In this instance, a £10 bet on Trap 1 with odds of 10/1 will result in a £55 payout: £10 becoming £5 x 10/1 plus your original stake.

All of that is by saying that you might, having looked at the race card, have thought that Trap 1 was going to be responsible for every single winner of the meeting, hence placing your money on it in the trap challenge betting. The fact that only three winners came from Trap 1 outright and another was a Dead Heat is irrelevant, you still won the money for those three and a half wins, paid out to Dead Heat rules.

In greyhound racing, trap bias is a real thing. In general, the numbers suggest that all trap numbers win at approximately the same rate if you look across the entirety of the sport. That doesn’t mean that individual tracks don’t have trap biases, however, irrespective of how short the races are and therefore how limited the chance for trap biases to actually have an effect on the racing might seem.

As an example, here are the actual results from a meeting at a greyhound racing venue that offered 12 races, along with the odds of the winners in the trap that ultimately won the trap challenge betting:

You can see that Trap 1 was easily the most successful trap at the meeting, being responsible for 58% of the winners. It’s also worth noting that the odds of the winning dogs are not those of runaway favourites, demonstrating that the track in question had a clear track bias rather was simply where the best dogs were running out of. Choosing Trap 1 for the trap challenge would have seen you easily be a winner.

Though this instance is very specific, it’s the sort of thing that you need to think about when deciding which trap to opt for in your trap challenge wager. Whether a specific trap witnesses a lot of winners because of a trap bias or simply because it had been running cold before that meeting and was just returning to the mean, having such information to hand is a good way of giving yourself a chance of winning your bet.

The key thing to remember is that information about dog tracks is widely available online. Indeed, some bookmakers will even give you the percentage of wins gained by a trap, such is the extent to which they think it is irrelevant and will be evened out over time. All you can do as a punter is as much research as possible in order to put yourself into a position whereby you can feel like you’ve got a chance of winning your bet.

Other Tips for Trap Challenge Betting 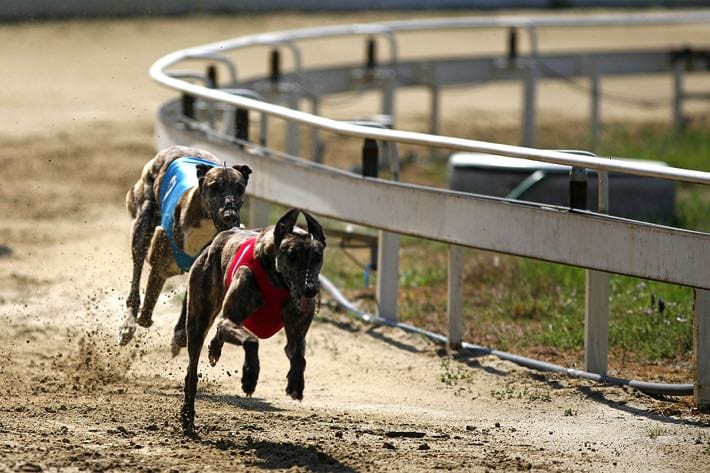 Whilst trap bias is one of the key things to look out for when it comes to trap challenge betting, there are some other things that you can look out for before placing your wager. You’ll want to look at things like the weather, for example, given that it known to have an impact on the results of greyhound racing meetings. The best way to do this is by looking at previous meetings and weighing up performances alongside weather conditions.

The joy of greyhound racing is that it happens much more regularly than horse racing, meaning that a single track will often have a number of meetings that you can look at over a short space of time. Given it’s unusual for the weather in the United Kingdom to change all that dramatically between weeks, you can look at the past few meetings and see how the races have turned out.

There’s nothing wrong with hedging your bets when it comes to trap challenge betting. The truth is that there’s no guarantee of any one trap being identifiable as the trap to bet on, so wagering on a couple of them gives you a greater chance of getting at least some money back on your wager. Luck is an important part of trap challenge betting, so spreading your stake over a couple of traps isn’t a bad idea.

When you’re considering which trap is most likely to house the winners, bear in mind that weighing-in doesn’t take place at greyhound meetings until about an hour and a half before the race. It is therefore entirely possible that one or more dogs might be withdrawn from the race that they were due to run in, so leaving it until not long before the first race gets underway will give you the best chance of knowing which dogs will be running where.