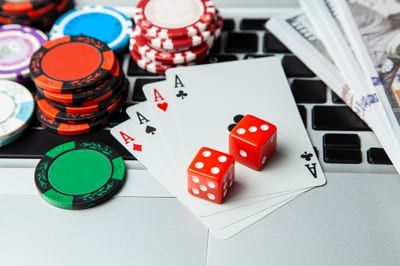 Nowadays it is easy to find a site online where you can engage in pretty much whatever form of betting takes your fancy. From bingo sites through to electronic casinos via sportsbooks that offer odds on events as obscure as you’d like, the options are numerous and plentiful. The thing that started the whole industry off, though, was online poker, which became popular almost overnight.

It would be a lie to suggest that online poker is now dead, with plenty of sites still in existence offering players the chance to compete against others in numerous different forms of poker. Texas Hold’em was the version of the game that kick-started the poker boom and is still the most popular being played today, but you can also find games of other variations online, such as Omaha. Why is it that online poker became so popular in the first place? Perhaps more importantly, what is it the has left the industry struggling for players since?

The Birth of Poker’s Popularity

Poker had been a popular game to play in America since the days of Buffalo Bill and the Wild West, with stud poker having been established in the Mississippi River region at the start of the nineteenth century. The fusion of different cultures that took place in the aftermath of the American Civil War resulted recreational pastimes, such as poker, being spread between communities.

It was in the state of Texas at a locale known as Robstown that the most popular version of the game was born, however. It was believed to have happened around 1900, but the game remained firmly stuck in Texas until 1967 when the Golden Nugget on the Las Vegas strip began to offer it as a variation on its casino floor. At that time the casino was something of a seedy venue and it wasn’t until a Texas Hold’em tournament was hosted by the Dune Casino in 1969 that high rollers were attracted to the game for the first time.

The following year, one of the biggest moments in poker history took place when a father and son team called Benny and Jack Binion bought the rights to the failing Gambling Fraternity Convention and gave it a re-brand. The new look convention was now named the World Series of Poker, with the event being held at their Binion’s Horseshoe Casino. Though there weren’t many entrants initially, the tournament grew year-on-year to the point that it became arguably the biggest such tournament anywhere in the world, catapulting Texas Hold’em into the mainstream.

Even so, it wasn’t until the release of the movie, Rounders, starring Matt Damon, Edward Norton and John Malkovich, that Texas Hold’em truly began to be considered to be the number one version of poker for the biggest players in the business. The film came out in the same year that Planet Poker launched the Internet’s first poker room, being followed in the years after by the likes of Paradise Poker, PartyPoker and PokerStars to prove that there was very much a market for poker playing amongst the online community.

At the same time that online poker was beginning to take a foothold on the Internet and poker players were repeating lines from Rounders to each other, the World Series of Poker began to enjoy television coverage of its Main Event. That culminated in the 2003 broadcast of the World Poker Tour’s first season on the US’s Travel Channel, as well as the WSOP Main Event also being shown on television. That wasn’t all that influential in and of itself, but it was the identity of the winner and the manner in which he qualified for the tournament that truly saw online poker hit the big time.

Even as recently as the early Noughties, poker had a reputation of being populated by somewhat shady characters, popularised by John Malkovich as Teddy KGB in Rounders. So it did the industry the world of good when the 2003 WSOP Main Event was won by a man who worked as a comptroller and had a job in a restaurant part-time who had gained his place in the event courtesy of a PokerStars satellite tournament for online players. It cost him just $86 to enter that tournament and he ended up winning $2.5 million, with no harm being done to his story by the fact that his name was Chris Moneymaker.

Such was the extent to which Moneymaker’s win transformed online poker it even boasts its own moniker: the Moneymaker Effect. People who had never really thought about poker as a serious game before suddenly started signing up for tournaments, with the PokerStars online tournament for 2004 seeing more than two and a half thousand people sign up compared to the roughly eight hundred that had done so the year before.

The Boom Turns to Bust

As said in the introduction, it would certainly be misleading to suggest that playing poker online has died a death. Look up the term ‘online poker site’ in an Internet search engine and you’ll find more than one hundred and seventy million responses to sift through. Yet it’s also entirely fair to suggest that industry isn’t even close to what it once was. The decline began in 2006 when the Unlawful Internet Gambling Enforcement Act became US law, regulating the online gambling industry. This caused a number of the big hitters, including Party Poker to leave the United States.

The Act essentially banned online gambling in the United States, which was a move that devastated the online poker industry. As an example of how much the Act left poker sites reeling, the first World Series of Poker event to take place after its passage had just over six thousand people participating, which was a drop of around 28% from the year before. The Act made it a Federal offence for a company to ‘knowingly accept’ payments that were to do with unlawful Internet gambling.

Elsewhere in the States in the same year, the state of Washington made it a felony to specifically play online poker, leading to the likes of Full Tilt Poker and PokerStars withdrawing from the market. The online poker world obviously started to decrease in popularity but the market was still very much one that needed to be served and so some companies continued operating in the US. They did so courtesy of so-called ‘middlemen companies’ like Intabill, which processed the payments of players for the biggest online poker operators.

Intabill was able to operate for a few years and worked with online sites, such as Ultimate Bet, PokerStars and Absolute Poker, but eventually the man who had set it up and operated it – Daniel Tzvetkoff – was arrested by the FBI and told he faced seventy-five years in prison unless he turned government informant. He did just that and on the fifteenth of April 2011, a day known in the industry as ‘Black Friday’, Absolute Poker, Full Tilt Poker and PokerStars were all shut down and had their bank accounts seized. It resulted in the virtual destruction of online poker, particularly in America, though many of the companies remained active elsewhere in the world.

The State of Online Poker Today 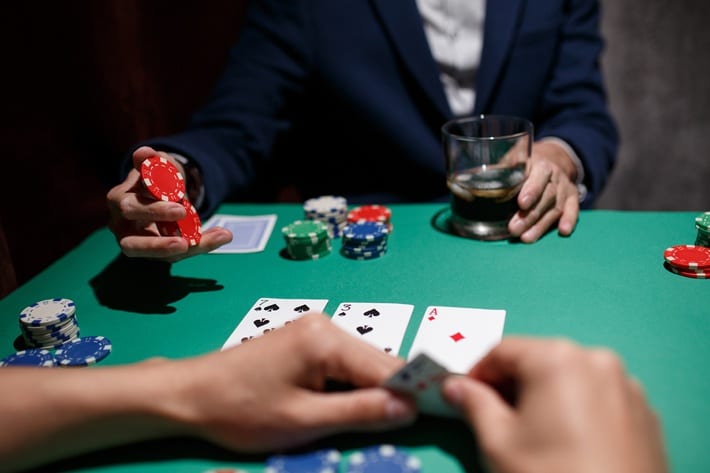 If you’re an online poker fan and have been reading this and gaining a sense of dread regarding your ability to have a game, then fear not. The reality is that the industry is still very much alive and kicking. More than six and a half thousand people entered the World Series of Poker Main Event in 2011, meaning that there wasn’t much of a drop off in entries from the aftermath of the introduction of the Unlawful Internet Gambling Enforcement Act, though it’s still a lower amount than entered before the UIGEA came into effect.

Poker remains more popular than it was before the ‘boom’, so it would be untrue to suggest that interest in the game has died down to the same level that it was before Chris Moneymaker set the industry alight. That is, at least in part, thanks to the game’s continued popularity in the foreign market away from the United States. Indeed, many people believe that the game is undergoing a ‘second boom’, spurred on by the attraction to the game of millennials and a previously untapped market – women.

The problem for the online poker businesses out there is that they need to tread a difficult line, appealing to new players at the same time as retaining the old ones. Millennials are believed to want their online games to be more sociable and enjoyable, which are two things that poker lends itself to naturally. The problem is that regular players online tend to look at it is a career choice, with many turning professional in the wake of seeing Moneymaker pick up his $2.5 million in 2003. Professional players don’t allow for casual players to enjoy themselves, taking them to the cleaners whenever they get the opportunity to.

The result has been that the bigger sites have begun to make it more and more difficult for professional players maintain the level of online playing that they did in the past, doing things like increasing the rake. There has also been an increase in the likes of Zoom Poker, which sees players move tables between each hand in order to stop professionals from targeting weaker players. Whether this results in the death of online poker or simply a complete shift in the market that takes part in it remains to be seen, but it’s certainly true that the regular players are distinctly unimpressed.