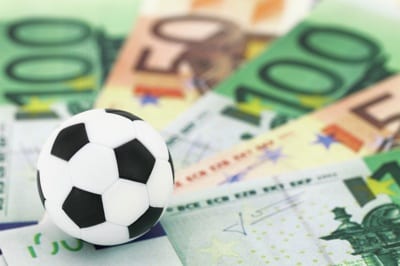 You might assume that people who work in certain jobs like to avoid taking their work home with them, like those who ply their trade in fast food not eating burgers and chips when possible or masseurs telling their parents that they don’t do it for friends or family. Likewise, you might think that bookmakers realise how they make their money and so would be keen to avoid placing bets of their own, instead protecting their winnings at all costs.

The truth is, however, that many of the biggest names in the industry are gamblers at heart; that’s often how they made their money in the first place after all. When you put a group of people who like to have a bet in touch with other, though, they’re never going to be far from coming up with a wager that they can place. Whether it be a conversation about which fly will take off from the window ledge first or something more substantial, some bookies have placed big bets with each other over the years, as we explain here.

When looking at a topic like this, which is chiefly about the personalities of those involved, it’s handy to have a sense of who they are and where they’ve come from. Here’s a quick look at the biographies of those that are most commonly involved in placing bets against each other.

Fred and Peter Done are the co-owners of the bookmaking firm Betfred, though it’s Fred that tends to be in the public eye more often than his brother. In 2015, the Sunday Times Rich List said that the pair were worth a combined wealth of more than £1 billion.

Born in the outskirts of Manchester in 1943, the company opened its first bookmakers in Salford in 1967 with money won on a bet placed on England to win the World Cup. Fred is a big Manchester United supporter, which often fuels the bets that he places with fellow bookies. He’s also made the news in the past for paying out early on the Red Devils to win the Premier League title, even when they haven’t in the end.

Victor William Chandler is the former chairman of Victor Chandler International, the parent company of BetVictor. He inherited both the bookmaking business and the family’s stake in Walthamstow Stadium when his dad died in 1974, though his personal passion is horses. He’s owned a number of racehorses in South Africa, the United States and the UK over the years.

Chandler is best-known as being credited as the bookmaker who realised how important online gambling would be for the industry. He’s also largely thought to be responsible for the moving of gambling and iGaming companies abroad. It was that move that saw Gordon Brown change the way that taxing of gambling companies in the UK worked. The vast majority of the gambling industry operates out of places like Gibraltar largely because of Chandler’s decision to move his business there.

Those who love football to their core will often place bets with their friends who support a different team. You might even have found yourself presented with such an offer from a pal, convinced that his team will win a trophy and that yours won’t by the end of the season. Just because Fred Done and Victor Chandler are both bookmakers by profession doesn’t mean that they’re resistant to the charms of a competitive bet every now and then.

Fred Done acted as the protagonist back in 2004 when he offered his fellow high-rolling bookies a bet of £1 million that Manchester United would finish higher in the Premier League than Chelsea at the end of the 2004-2005 campaign. Done will have been forgiven for thinking that the West London club would undergo a period of transition, given that they had sacked Claudio Ranieri at the start of the season and replaced him with a manager that didn’t have much experience of English football, José Mourinho.

Manchester United, meanwhile, maintained their continuity thanks to the presence of Alex Ferguson in the dugout and a squad that had finished third in the league the previous season at the same time as winning the FA Cup. It also won’t have escaped Done’s attention that the Red Devils hadn’t gone more than one season without winning the Premier League since the competition began in 1992, so the fact that they missed out on the title in 2003-2004 meant that they would have to win it that season to maintain their record.

Fellow bookmaker, Victor Chandler, must have been watching the Portuguese league quite closely, however, because he decided that his club’s new manager had what it takes to win the English top-flight. Having won the Champions League with Porto the season before, José Mourinho was flying high and arriving at Stamford Bridge at a time when Russian billionaire owner Roman Abramovich had found his footing in the UK and was willing to splash the cash to make Chelsea a footballing powerhouse.

That perhaps explains why Chandler was willing to put his money where his mouth was and take Done up on his offer, being the only person to do so. It was a decision he would come to be grateful for when Chelsea finished top of the league with a then-record 95 point total, finishing eighteen points clear of second-place United. Despite the fact that the bet was done on a matter of honour rather than with any sort of formal contact, Done paid up immediately.

Whilst this was the only bet between bookmakers that gained any kind of publicity, you can bet that similar wagers take place on a regularly basis behind closed doors between bookies that are keen to get one over on each other!

Previous Post: « Could Horse Racing Take Place on Britain’s Streets?
Next Post: What Happened to All the Super Casinos That Were Planned for the UK? »