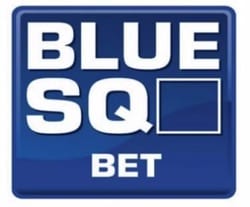 Those that are interested in the world of betting know all about the biggest companies. The likes of William Hill, Ladbrokes and Coral have been around for decades, so they’re well respected in the market. Even those that have only really made a name for themselves since the advent of online betting, such as Betfair, still boast a good amount of name recognition.

For that reason, if one of them were to disappear from the market then it would almost certainly make major ripples and be a noteworthy event. There are some companies that had decent name recognition for a time, but are no longer in existence yet still pop into people’s conscience every now and then. Blue Square is one such example that we’ll look at here.

What Was Blue Square?

Blue Square was an interactive gaming business that had been launched in 1999 and later bought by the Rank Group. Previously better known for its work in the cinema and motion picture industry, Rank began to divest its interest in those areas towards the end of the 1990s and began to move into the area of gambling and betting.

The History of Blue Square

Blue Square can trace its history back to the eight of July in 1998 when the Press Association and Mirror Group owned the website www.sporting-life.com. They chose to add a new section to the website, which was BETonline. The odds for the new site were provided by City Index and it was one of the first sites in the United Kingdom to offer online wagering on races and sports.

The site was moved to betonline.co.uk in 1999, with a sister brand named Blue Square launched later in the same year. The companies merged on the fourth of July 1999, with Blue Square becoming the name for the newly merged company. It was still relatively small-time, if for no other reason than the online gambling industry was still quite a new phenomenon.

Still, it did well enough to mean that the Rank Group was willing to spend £63 million to purchase it in 2003. Having owned bingo halls since the 1960s, the Rank Group was keen to invest further in gambling as a medium as the 1990s progressed. In 1990, for example, the company bought Mecca Leisure Plc and the associated bingo halls.

Licensed and regulated by the Alderney Gambling Control Commission and the United Kingdom Gambling Commission, Blue Square was an appealing business for the Rank Group because it had customers on an international scale, as well as just a domestic one. In fact, the only major markets it didn’t have a presence in were the United States, France, Turkey and the Netherlands.

Mark Jones joined the Rank Group in 2008 and took over as the Managing Director of Blue Square and the Mecca Bingo side of the business and it was under Jones’ leadership that a decision to sell the Blue Square name was taken. A decision was taken to conduct a review into the Blue Square Bet enterprise in January of 2013.

The beginning of the end for Blue Square as a going concern came about in 2013 when it was announced that Betfair would be buying the company. Somewhat remarkably, the betting exchange site only paid £5 million to purchase ‘certain assets’ from Blue Square. The most important asset was Blue Square’s customer database.

The result of that was that all Blue Square customers were migrated from them to Betfair, whether they wanted to join the betting exchange site or not. At the time, Betfair said in a statement, “The acquisition is consistent with Betfair’s strategy of focusing on regulated markets and growing its sportsbook and gaming operations alongside the exchange”.

It wasn’t just customers details that moved over to Betfair as part of the deal. As well as being able to login with the same information that they used for Blue Square, Betfair’s site also contained details of cash, free bets, bonus funds and even loyalty points that people had racked up during their time with Blue Square before the takeover.

Betfair had been in operation since 2000 when Edward Wray and Andrew Black launched the betting exchange company, Betfair allowed customers to place bets against each other rather than with a traditional bookmaker. After some time, they also chose to launch a traditional fixed-odds bookmaker, which is why the purchase of Blue Square made sense.

The League Left Without a Sponsor

Blue Square became the National League’s sponsor in 2007, carrying on until 2010 when the company underwent a rebrand and became Blue Square Bet. It was ostensibly the same company, of course, but the divisions took on the word ‘Bet’ in their sponsored title. Blue Square Bet was the sponsor from 2010 until 2013.

The sponsorship between Blue Square and the National League was already going to come to an end of the 2012-2013 season regardless, but there was speculation about whether or not Betfair would continue sponsoring it after that. In the end, the company chose not to, with e-commerce company, Skrill, taking over sponsorship responsibilities for a season. 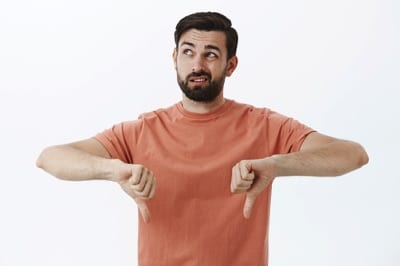 Whilst it’s always sad from the point of view of the workers and other staff members who work for a company to see it be taken over and eventually phased out completely, there was certainly plenty of anecdotal evidence to suggest that Blue Square customers weren’t overly disappointed when the bookmaker was taken over by Betfair.

A forum user going by the name of ‘maggot’ was left angry when their Blue Square balance was moved over to his Betfair account, but their Betfair balance disappeared as a result. YOMOMMA, on the other hand, pulled no punches when saying, “No loss. They weren’t useful in the slightest”. Whether any of the customers carried on with Betfair is unknown.

Previous Post: « What Was Betfair’s Zero Lounge? A Fair Fight Between the Savvy Player & the House
Next Post: What Is Edge Sorting? »