It’s not uncommon for bookmakers to own greyhound racing stadiums or to sponsor football grounds, but it’s rare for a bookie to own a hotel chain. Yet for a time, that was exactly that position that Ladbrokes found itself in when it bought Hilton International from Allegis Corporation in a deal that was worth in excess of $1 billion. Interestingly, its purchase of Hilton International was not the company’s first foray into hotel ownership.

Indeed, Ladbrokes first began to diversify away from purely sports betting when it took out a major stake in Malta’s Dragonara Palace, which was a hotel and casino, in 1964. During the 1970s, Ladbrokes expanded its hotel ownership under the Dragonara brand, but it was the purchase of the Hilton brand outside of the United States of America that remains one of the strangest stories from Ladbrokes’ history.

The first sign that Ladbrokes planned to move away from purely operating sports betting came in 1964. That was when the company took on a major stake in Dragonara Palace, a hotel and casino Malta that had opened its first phase that year. It was all part of Cyril Stein’s plan to place the business in as secure a position as possible, which became necessary after a dwindling client base in the post-war era.

As the company grew in the 1960s and 1970s, moving from having just 50 betting shops to more than 1,000, it also expanded into different business areas. This included the likes of bingo halls, London casinos and even holiday centres. Under the Dragonara brand, Ladbrokes also started to invest in more hotels. In 1975, the company bought its first racecourse when it added Lingfield Park to its portfolio.

Trouble hit Ladbrokes in 1979 when a scandal around illegal marketing schemes at the company’s London casinos began to emerge. Eventually, it was forced to close four of the casinos that it operated in the capital, which made up nearly half of the company’s operating gains. Texas Homecare was added to the group in 1986, with Ladbrokes continuing to find ways to diversify as much as possible. 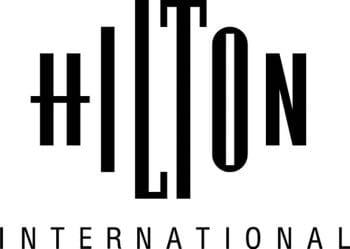 Having established itself as a company that was capable of running profitable hotel chains, Ladbrokes next made a move to buy Hilton International from the Allegis Corporation. The deal was worth around £645 million, resulting in the bookmaker gaining 91 hotels as well as the rights to operate the Hilton brand name outside of the United States of America.

The Allegis Corporation had owned the hotel chain for less than six months, eventually accepted Ladbrokes’ take-it-or-leave-it offer that equated to more than a billion US dollars. The purchase was funded thanks to a combination of a £254 million sterlings rights issue, bank borrowings and the sale of some of the company’s non-core assets. Despite the rights issue, Ladbrokes’ shares went up by 2p when the purchase was confirmed.

The addition of the hotels under the Hilton banner added 35,000 rooms over 44 countries, taking the total number of hotel rooms owned by Ladbrokes at the time to 50,000. As well as adding the Hilton name to some hotels that the company already owned, Ladbrokes also confirmed a plan to create a Hilton Inn chain of hotels, which would expend the brand into commercial centres globally.

Hilton had been part of the TWA empire for in excess of 20 years, meaning that it became the second hotel chain to move from a United States airline to a British company following Pan Am’s decision to sell the Continental chain of hotels to Grand Metropolitan in 1981. The Hilton International chain of hotels had been spun off from Hilton Hotel Corporation in 1964, bearing no real connection with the US-based group.

Ladbrokes had originally offered $850 million to purchase the hotel chain in 1986, only for the Dutch airline to win the first auction that TransWorld Airlines held. That bid was blocked by the company’s own supervisory board, leading to United Airlines stepping in with a $980 million offer under the Allegis Corporation banner. The group’s own financial issues were what led it to putting the hotel chain back up for sale again.

By the time Ladbrokes moved to acquire Hilton International, it was already the second-largest operator of hotels in the United Kingdom. Yet it was the lack of international recognition that led the board to sanction the move for the Hilton brand, beating out some more heavyweight competition as it did so. When the deal went through, Ladbrokes became one of the largest hotel operators in the world.

Though it seems impossible to imagine nowadays, Ladbrokes’ success with the Hilton International chain led the company to consider a complete refocus during the early part of the 1990s. At the end of the previous decade, the hotels owned by Ladbrokes contributed more than half of the company’s business activity. This included the decision to open more than 13 new Hilton Hotels, with more in the pipeline.

In addition to the Comfort Hotel chain that was in operation around Europe, Ladbrokes also owned a number of health clubs and holiday villages within the UK. The recession around the world in the early part of the 1990s had hit Hilton International hard, with more competition in the DIY sector meaning that Texas Homecare’s net wins began to fall. Added to that, the hit to the bookmaker from the launch of the National Lottery, something need to change.

The big change came when Stein retired as Chairman and John Jackson was named non-executive chairman. Peter George also became the Group Chief Executive, with the pair ordering strategic reviews to figure out how the company could be best restructured. The result of this was a suggestion that the company divest its property portfolio, move away from commercial property and retail and concentrate on hotels and gaming.

In 1995, Ladbrokes sold Texas Homecare to J Sainsbury Plc, who would eventually rebrand it as Homebase. Over the next two years, the company also began to sell its property division, shutting it down completely in March of 1997. The company also returned to the casino game, buying some not only in London but also in the United States of America and attempted to buy some in South Africa.

During the mid-1990s, rumours began to emerge that Ladbrokes was to be the subject of a takeover. The company’s UK betting operations had been suffering, with the likes of Vernon’s Pools suffering because of the launch of the National Lottery, whilst Hilton Hotels was reluctant to reunite the Hilton brand. Such were the problems for Ladbrokes that Hilton Hotels was one of the companies rumoured to be considering a takeover bid.

In August 1996, however, the situation was resolved. It was announced that Hilton International and Hilton Hotels had agreed to form an alliance, reuniting the brand after it had been apart for more than three decades. The agreement ensured that there would be cooperation with sales and marketing as well as hotel development and loyalty programs. Each company was also able to purchase up to 20% of the other.

In February of 1997, just a month after the alliance agreement had been signed, the first initiative was launched: Hilton Honours Worldwide. The loyalty program would later be rebranded as Hilton HHonors and was a sign of the alliance working as it should. By the end of the year, the company boasted pre-tax net wins of £226.3 million, which was seen as a sign within the industry that the new management team was working.

Whilst the Ladbrokes bookmaking chain never changed its title, the overarching company did. A merger between Hilton International and Hilton Hotels Corporation was mooted in 1998 but went nowhere, with Ladbrokes also being outbid when it attempted to by the Inter-Continental Hotels and Resorts chain. Eventually it did manage to buy another major hotel when it paid £1.2 billion for Stakis Plc in March of 1999.

Stakis Plc was the parent company of 54 hotels, 22 casinos and the LivingWell chain of health clubs, with the hotels rebranded under the Hilton chain once the purchase went through. Now only Granada Group Plc stood in front of Hilton in terms of being a hotel company in the United Kingdom. It was shortly after the firm had bought Stakis Plc that Ladbrokes decided to rebrand as Hilton Group Plc.

The move was taken for two main reasons: the first was that the Hilton name was more globally recognised than Ladbrokes, with the second being the hotel operations had become the most important part of the business. More than two-thirds of the company’s net wins were generated thanks to the hotel side of the business, with the two divisions being Ladbrokes Betting and Gaming and Hilton International.

After the turn of the millennium, at which point George stepped down as the company’s Chief Executive Officer and was succeeded in the role by David Michels, Hilton Group sold the majority of its casinos to Gala Group Holdings Plc, raising more than £235 million the process. Hilton Group also sold 11 of its hotels to the Royal Bank of Scotland Plc for £312 million, leasing them back so they could carry on running them.

In June 2001, Hilton Group Plc used the money raised from the sale of its casinos and hotels to further invest in the hotel industry, paying £620.2 million to buy Stockholm-based Scandic Hotels AB. It was the leading operator of hotels in the region, resulting in 154 properties being added to the Hilton portfolio. Most of these were rebranded as Hiltons, with 15 new hotels built under the brand during the year.

Hilton Group Plc had 384 hotels under its name by the end of 2001, comprising of almost 100,000 rooms. Unfortunately, the events of September 11th, 2001 had an adverse affect on the travel industry, with Hilton Hotels suffering accordingly. Revenues increased by only 2.4%, with net wins down on the previous year. The Ladbrokes Betting and Gaming side of the business continued to grow, however, largely thanks to online developments.

Between 2002 and 2004, Hilton planned to open 41 new hotels. Meanwhile, Ladbrokes’ growth continued apace because of the launch of the online side of the business, which went live in 2001 and contributed to a profit of around 23% for that side of the company. Soon it seemed as if the Hilton Group Plc would have to make a choice: divest the sports division to concentrate on the hotels or vice-versa.

Sometimes offers are too good to resist, even for major corporations. That might well be the position that Ladbrokes found itself in in December of 2005. The US-based side of the Hilton business, Hilton Hotels Corporation, agreed to pay £3.7 billion in order to purchase the 416 hotels and health clubs that had formerly been under the banner of Hilton Group Plc, finally officially reuniting the companies into the same business.

The sale ended an 18-year combination of bookmaker and hotel owner, with the British company now solely owning Ladbrokes, re-adopting the name and removing any links to Hilton as a result. Hilton Hotels Corporation, meanwhile, now consisted of about 2700 hotels around the world. Ladbrokes, of course, would go on to merge with Coral and become one of the strongest bookmakers in the United Kingdom. For a time, though, they were a bookmaker that could easily have become a hotel chain instead.

Previous Post: « Is Kempton Park Still at Risk of Development?
Next Post: Why Do We Race Greyhounds Rather Than Other Dogs? »