Betting was always a difficult activity, given the need to weigh up all of your options and ensure that you place a wager that will win you some money at the end of it all. That was taken to the next level with the invention of the Cash Out, however, given that punters not only needed to weigh things up before they placed their bet but then continue to weigh up what to do next once the wager was underway.

Of course, this added choice to a bettor’s decision making has led to some great choices over the years, as well as some awful ones. You never know which way a bet is going to go and so making the decision to call time on it can leave you either breathing a sigh of relief or else feeling red-faced when your potential winnings take a plummet. Here’s a look at some of the best and worst Cash Out decisions by punters.

The Ones That Went Well 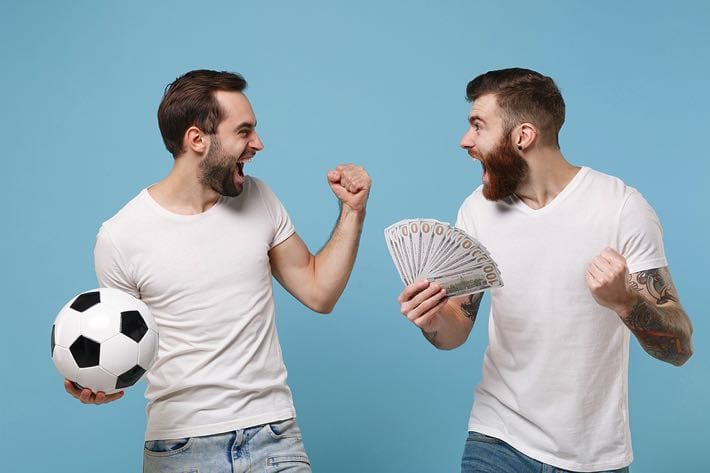 Let’s start in a positive frame of mind, taking a look at the decisions from bettors that they were so proud of that they’ll have been telling their friends for years. These are the choices that result in people getting a payout just before the winds changed and their possibly fortune would have slipped away to nothingness if they’d allowed the bet to ride. It’s not always about how much you make but how much you could’ve lost.

Heading into the Cheltenham Festival in 2021, Paul Dean had already seen his two legs of his five-leg accumulator pay off. In June of 2020, he’d placed a bet on Golden Horde to win the Commonwealth Cup at Royal Ascot, which came home, as well as Hello Youmzain to win the Diamond Jubilee Stakes, which also won, in addition to three bets on horses running at Prestbury Park.

One leg was on Shishkin winning the Arkle Chase and another was on Bob Olinger’s success in the Ballymore Novices’ Hurdle, both of which were also winners. That meant that if Envoi Allen won the Marsh Novices’ Chase then he stood to win £511,255 from a £5 bet. Odds of 12/1, 10/1, 4/1 and 25/1 had already come home, with Envoi Allen rated at 9/2 at the time of the bet being placed but coming in as the race approached.

In fact, there were many who thought that Envoi Allen was the most likely to win of the bunch, which might help to explain why Betfair, the company that Dean had placed the bet with, decided to offer him a generous Cash Out. They offered him £250,000 if Envoi Allen failed to win or £322,000 if the horse was successful, so he took the Cash Out. Envoi Allen fell early in the race, leaving him £250,000 better off than if he’d let the bet ride.

Football accumulators are always popular affairs, given that they give punters the chance to win relatively big amounts of money in exchange for a small initial stake. It’s not exactly common for bettors to put a wealth of draws in their accas, but that’s what one Paddy Power customer did in 2021, betting on 12 matches ending without a winner. His £10 bet saw the first 11 matches end in draws heading into the final leg.

Interestingly, it wasn’t that they’d placed a 12-leg accumulator straight off the bet. Instead, the initial wager was placed when Sabadell v Albacete, Reggiana v Salernitana and Vejle v AC Horsens were all deep into the second-half and Maghreb Fes v Moghreb Tetouan, Aarau v Winterthur, Diosgyor v Mezokovesd-Zsory and Fram v FH had all kicked-off when he placed what was originally a seven-leg acca.

After those matches all went their way, the bettor in question added Derby County v Nottingham Forest and Levante v Athletic Club de Bilbao to their slip. Empoli v Venezia, Uruguayan side Liverpool v Penarol and Bournemouth v Watford were the remaining matches, with the first two winning. He stood to win more than £437,000 if it had ended in honours even, but instead he took a £78,123 Cash Out offer before the Cherries won 1-0.

Cashing Out 4 Minutes Before Disaster

When most people opt for an accumulator they’ll maybe have five, six or even ten selections on their slip. The particularly brave ones will add as many as 12 legs to theirs, but when a mystery Betfair punter had a slip containing 21 selections they must have known that there wasn’t much of a chance that it would turn into a winner. Still, with a possible payout of £1.2 million on the cards, it was worth a shot. Here are the selections that he’d opted for:

When Olivier Giroud scored late on to put Arsenal in front, it meant that he was winning 19 of his 21 bets, with two of the matches kicking off in the evening. Manchester City would go on to beat Hull City 3-0, but Newcastle United would lose 1-0 to Sheffield Wednesday. Yet it was irrelevant because the bettor chose to take the £223,000 Cash Out offer for his £1 bet, with Wycombe Wanderers equalising against Plymouth Argyle just four minutes later, which would have seen his bet become a loser. 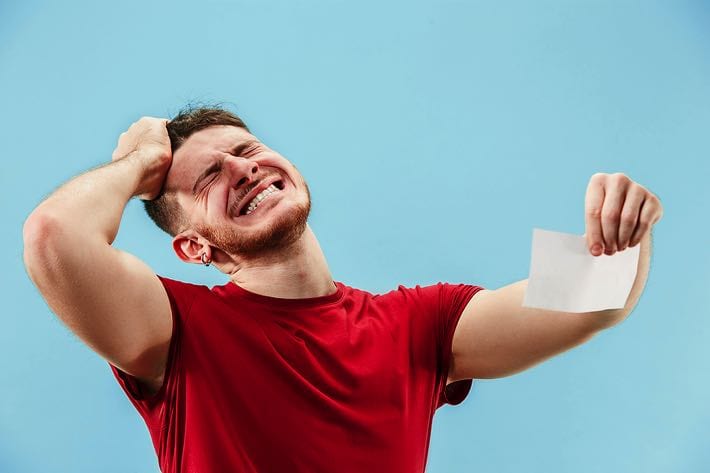 Those heart-warming stories of punters getting it right are lovely to read, but they’re not not fun in a schadenfreude sense. The truth is that many of us like to see people fail in the betting attempts because it makes up for all of the times that we’ve placed money on something and ended up feeling entirely disappointed. That’s why we’ll now take a look at the Cash Out decisions that went terribly, terribly wrong.

Cashing Out on Leicester City

Given that Leicester City were quite close to relegation at the end of the 2014-2015 season, eventually finishing just six points above the drop zone, quite why anyone would have thought to place a bet on them winning the league the following year is a mystery. Once placing the bet, though, why some people then didn’t let it play out is even more confusing, given the fact that they’d have taken odds of 5,000/1 at the time.

Having placed a 50 pence bet on the Foxes doing the unthinkable, one Ladbrokes customer decided to take the 45 pence on offer after Leicester won their opening game over the season when they beat Sunderland 4-2. A spokesperson for the company declared it to be the ‘worst Cash Out decision in history’, given the bettor in question ended up missing out on £2,500 from a 50 pence bet.

As consolation for the terrible decision, Ladbrokes reached out to the customer in question and offered them an all-expenses paid trip to see a match of their choice the following season, as well as a free bet on the title winner for the 2016-2017 campaign. What on earth made the person decide to Cash Out on a 50p bet one can only wonder, but whether they made the same mistake in the future remains unclear.

Football fans are strange types, so in some ways we probably should question why one bettor decided to place a Double on Liverpool defeating Crystal Palace 7-0 and Manchester United beating Leeds United 6-2 on the same weekend. Nevertheless, they chose to place a £2 wager on just that outcome, with the first score having odds of its own of 200/1 and the second coming in at 100/1, whilst the Double was valued at 20,300/1.

The Merseyside club held up their side of the bargain, remarkably putting seven past former manager Roy Hodgson’s Crystal Palace side. Manchester United were 4-1 up against Marcelo Bielsa’s newly promoted Leeds after 43 minutes, meaning that the 6-2 scoreline was still more than possible. The punter was offered a Cash Out of £3,457.79 at the time, but that had dropped to £2,279.56 by the 62nd minute with the score the same.

Perhaps understandably, the bettor decided to take the Cash Out offer, only to see the Red Devils score twice more and concede once in order for their 6-2 prediction to come true. Instead of winning £40,602, they took just over £2,000, presumably making them one of the few people in the world to be devastated after seeing their £2 bet improve 1,000-fold in the space of an afternoon.

Sometimes when you’re placing an accumulator, the temptation to just keep adding legs is almost impossible to resist. That might well be the place that one punter found themselves in when they placed a £1 bet on the following 15 matches:

Sadly, the bettor in question didn’t have faith in their own predictions and took the Cash Out offer when it was at just £14.32, meaning that he missed out on collecting the £24,641.22 that was on offer for his initial £1 stake when all of his predictions came in. Unsurprisingly, Twitter users had little sympathy for someone taking such a small Cash Out so early on.

Previous Post: « What Is the Difference Between eSports & Virtual Sports?
Next Post: European Super League: The Breakaway Tournament That Fell Flat on Its Face »