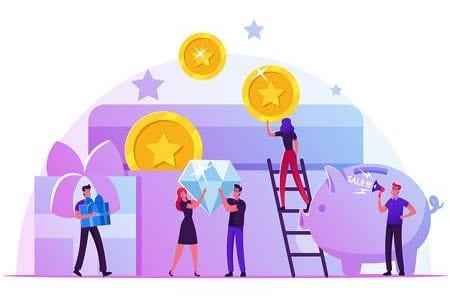 The use of VIP schemes has long been one of the gambling industry’s go-to methods of enticing high-rollers. Loyalty Points, meanwhile, do the same sort of job but on a smaller scale, promising customers prizes for the number of points earned. Both methods are ones that have generated plenty of controversy over the years, especially for instance where betting companies have misused them in order to encourage people to bet despite showing issues.

Now it looks as though both VIP schemes and Loyalty Points could be shutdown thanks to the British government’s planned gambling reforms. The government appears to be taking advice from the Social Mobility Foundation, which is very much against the use of the two methods of encouraging people to bet more regularly. Why have the schemes faced such criticism and is it something that the gambling industry can cope with losing? 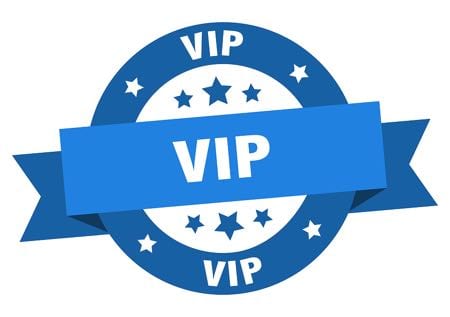 VIP schemes are aimed at customers that bet regularly and tend to spend a lot of money doing so. Exactly what VIP customers receive for their betting varies between companies, with some offering the likes of cash back for money spent. Wager over £20,000, say, and you’ll get £500 given back to you as cash. This sort of reward is a no-brainer for betting companies, given that if someone is willing to stake £20,000+, then they’ll probably bet that £500 too.

More common than cash back promotions, however, are rewards that see customers entered into prize draws, for example, or given hospitality treatment at sporting events. Prize draws can include the chance to win the likes of a flatscreen OLED television or £10,000 in cash. Hospitality, meanwhile, will usually involve trips to see boxing fights in Las Vegas or sold-out football matches. The rewards vary, but what you need to do to get them doesn’t vary – you simply have to gamble money. 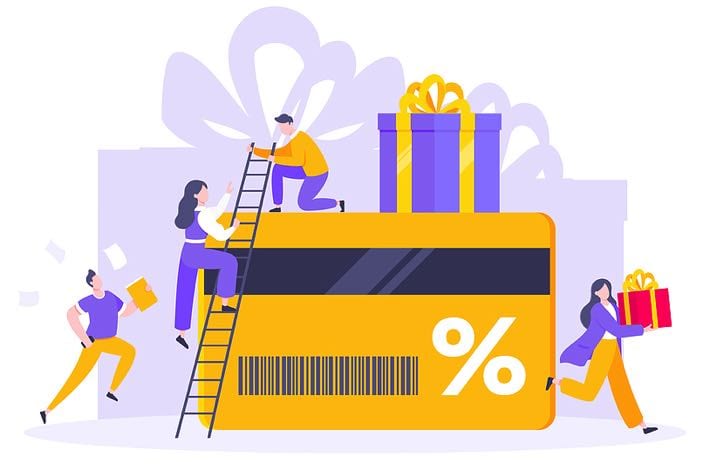 It’s fair to say that VIP schemes are aimed at punters that spend vast sums of money, so betting companies also look for ways to entice more ‘normal’ people into betting on a regular basis. The way that it was decided they could do this was by offering punters a Loyalty Scheme, which said that the more that you bet with a company the more rewards you’d receive. The rewards are generally on a smaller scale to VIP scheme rewards, but still the same ballpark.

The more that you bet, the more Loyalty Points you are ‘given’. These points can then be exchanged for rewards once you’ve accrued enough of them, with the likes of free bets, gadgets and electrical goods on offer. Whereas VIP customers tend to have an account manager that will help them decide which prizes to take and let them know what’s on offer, most Loyalty Points schemes operate entirely online as though you’re doing internet shopping.

Why They’re Both Criticised

Now that we know what they are and have a vague sense of how they work, let’s have a look at why they’ve come in for such strong criticism. The first place to start is by remembering that none of the things on offer to VIP customers or those that engage in Loyalty Schemes is actually free. Instead, it’s something that is only offered to those punters that put a lot of their own money at risk on a regularly basis; you don’t just get these things for being a nice person.

The other thing is that the schemes are really only for people that don’t win very often. The more regularly you see your bets come home, the more likely it is that a bookmaker will either limit your account or close it entirely. In other words, your loyalty and VIP status is really only being rewarded if you’re losing a lot of money. You’ll also only get to stay in the schemes if you’re hitting the entry requirements month after month, with a drop-off seeing you given the boot.

The main criticism of the two schemes comes in the form of that regular need to maintain your status by betting money regularly. It’s a problem for critics of betting companies because it encourages gambling addiction, with people not only chasing the high of winning money through their bets but also wanting to remain part of the ‘club’. Rewarding a regular bettor with a free bet simply encourages more betting, which is why it’s so problematic.

If you’re someone that is in control of your betting and can afford to lose the money that you’re wagering with then you might well wonder what all the fuss is about. The answer, of course, comes in the form of people that don’t have that same sense of balance as you do. Some people will bet more than they can afford to lose, ending up in situations where they get themselves into debt or even commit crimes in order to fund their gambling habits.

It is those people that critics of VIP schemes and Loyalty Points are looking to help, wishing to shut down a situation in which people can continue betting long after they’ve been able to afford what they’ve lost. Gambling companies are essentially saying to them that if they keep betting then they’ll be rewarded for that, which is something that critics of the gambling sector say is making problem gambling much worse.

Do Such Schemes Even Work? 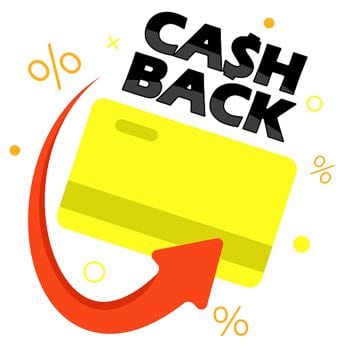 One question that has been asked by numerous different industries is whether or not such rewards actually create loyalty. After all, it’s not just gambling companies that offer customers rewards in exchange for their loyalty. How many people reading this will have a ClubCard at Tesco or collect stamps when they buy coffees from the same shop every morning? The reality is that such schemes have been around for decades, so there must be something good about them.

Research in the Harvard Business Review suggests that reward schemes, such as Loyalty Points and welcoming VIP customers does indeed build a customers’ loyalty, which is key to a gambling business’ survival. Being able to count on the regular betting of numerous customers, especially those that bet large sums of money, is the staple that allows them to concentrate on bringing in new customers, whose loyalty they can then chase accordingly.

Think about it logically: betting companies know that they will take a given percentage of all bets placed. If they’ve got a group of customers who bet a regular amount of money each month then they’ve also got a related regular income. That income will also far outweigh the cost of loyalty schemes, so keeping those punters happy is key to being able to, quite literally, bank on a regular income that gives them scope to operate in other areas.

UKGC Attempting to Rein in Schemes 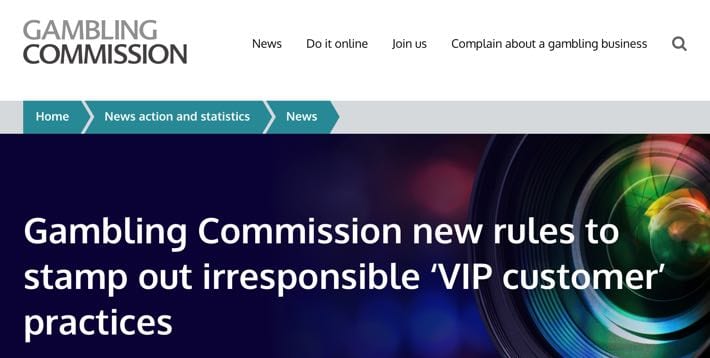 Whichever way you look at it, VIP schemes are popular with punters but ripe for criticism from those whose job it is to comment on the industry. There have been numerous attempts to stamp out abuse of VIP schemes by the United Kingdom Gambling Commission in recent years, including the introduction of strict new guidance that operators have had to follow. The main thrust has been that irresponsible incentivisation of customers is a big no-no.

The attempts to rein in the manner in which schemes are used includes betting operators needing to ensure the following before making any customer a VIP:

In order to encourage companies to take this seriously, the UKGC also changed the way in which it works by making individuals with Personal Management Licences personally responsible for any failures. The Gambling Commission has long been wary of governmental intervention when it comes to how their schemes are run, encouraging the industry to ‘get its house in order’ and seeing a 70% drop in customers signed up to VIP schemes as a result.

One thing that industry bosses have no real idea about at the moment is just how big of an effect on the industry the shutting down or phasing out of Loyalty Points and VIP schemes might have. The unanswerable question is whether people that would bet £20,000 a month would stop doing so if they weren’t receiving the likes of tickets to football matches for doing so and the answer is that it’s difficult to see that being the case.

Critics of VIP and Loyalty programs are unlikely to have been appeased by the Gambling Commission’s various attempts to rein in the abuse of them by betting companies, believing that they encourage vulnerable customers to gamble more than they can afford and to do so regularly. Whilst the abolition of such schemes will stop such people being rewarded for betting large sums of money every month, it’s unlikely to actually stop them from doing it.

Given that the changes introduced by the Betting & Gaming Council already ensure that rigorous checks are carried out on customers who qualify for VIP schemes and the like, it’s easy to understand why many in the industry believe that getting rid of them won’t change much. Those customers that are offered VIP status have been vetted to ensure that they can afford to lose money and that it’s coming from valid means, so what difference will it make to their betting?

Those that have an innate hatred of VIP schemes and Loyalty Points believe that the UKGC’s refusal to ban them outright itself is ‘indicative of the close relationship between the industry and the Gambling Commission’. It’s perhaps also possible, however, that betting companies realise that it won’t really affect their bottom line because the same punters that are betting huge sums of money at the moment will continue to do so even if they’re not being rewarded for it.

Is It Just Punishing Players? 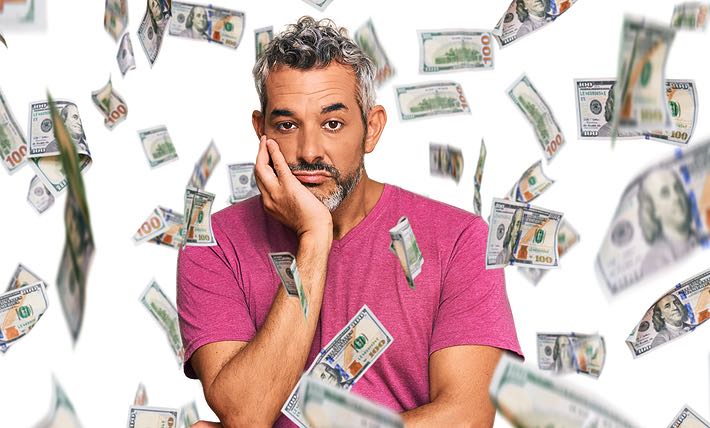 Bearing in mind the fact that the industry itself will survive just fine without VIP schemes and the ability to offer punters Loyalty Points, does the likely abolition of them merely serve to punish customers? Whilst there’s little arguing with the fact that problem gamblers would be encouraged to bet beyond their means in order to meet the VIP scheme requirements, if the industry has put measures in place to stop them from joining such schemes then is it a problem?

If a customer is likely to bet £20,000 a month or upwards irrespective of whether or not they are rewarded for doing so, doesn’t removing the reward merely serve to mean that they’re worse off than if they got some small recompense for their betting? The counter-argument to this is that a customer losing £20,000 a month in betting is more likely to stop if they’re not being rewarded for doing it, which is what makes it a complex matter for the UKGC to deal with.

Previous Post: « Open, Invitational, Masters, ProAm & Ryder Cup: What Do the Different Types of Golf Tournament Mean?
Next Post: Who Were the Oldest Jockeys in Horse Racing (And How Old Were They?) »