The idea behind Bet Butler was a simple but impressive one: the company would essentially act as a broker for people hoping to place bets. In theory, it was a great site for punters to know about, offering the best available odds on whatever someone wanted to bet on in exchange for a three percent commission on winning wagers.

The theory was that Bet Butler would take the stress out of having to shop around, shifting funds from one betting account to another when the right odds for an event were identified. Sadly, the United Kingdom Gambling Commission chose to suspend the company’s Operating Licence over concerns about the way the company was being run.

Who Was Bet Butler & What Did They Do? 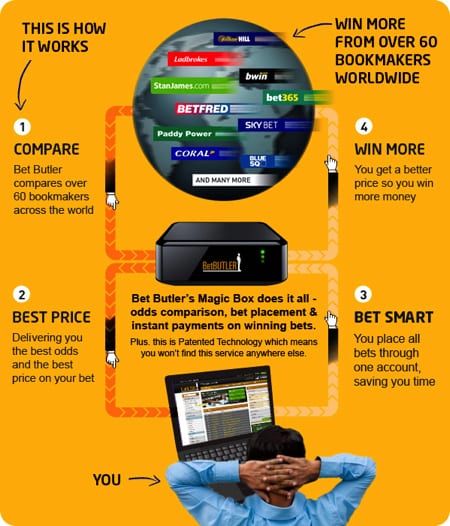 Bet Butler was essentially a broker for bettors, finding them the best odds from more than sixty bookmakers. This would allow those placing the bets to focus more on what to bet on rather than having to spend time looking from site to site in order to find which one had the most generous odds. It basically removed the need to constantly shop around.

The other helpful thing about the service was that it would let people place their bets from one account, rather than needing to have a ton of different accounts with various bookies just to place the occasional bet with them. Because bookmakers also wouldn’t know who was placing what bets, the odds of accounts being limited were smaller for those using the service.

Bet Butler did plenty to attract a user base, including keeping the site limited and nice and clean. On top of that, it was well laid out and simple to use, meaning that people wouldn’t get overly confused regardless of what they were trying to bet on. The majority of the biggest sports were covered in detail, with football being top of the list and the likes of horse racing and tennis also on there.

The Underlying Issues with the Bet Butler Service

It didn’t take long for people to notice slight issues with the Bet Butler service that would eventually cause the company problems. The most obvious one was the fact that many people like to bet with the same bookie. If, for example, you had a Ladbrokes account, why would you place your bet with them via Bet Butler if they were the ones that came back with the bets odds all of the time?

After all, all you’d be doing is paying a company three percent of your winnings to bet with a company that you already knew all about. There was also the fact that the biggest gamblers out there tend to already have accounts with the majority of bookmakers, so it was saving them very little to use the Bet Butler service. That is to say nothing of the bookies that weren’t on the Bet Butler list.

Not All Bookmakers Covered

Whilst the Bet Butler team did their utmost to ensure that a huge number of bookmakers were covered, there would be ones that would slip through the cracks. If you couldn’t even be given the actual best odds on the market and instead just the bets odds of the bookies that Bet Butler had a relationship with, what was the point of using the service? That’s what some punters began to ask.

Some people also started to notice that the Bet Butler’s best odds suggestions didn’t always line up with the best odds that could be found by doing some personal research. There were reasons for this, of course, including the fact that some bookies only allow small numbers of accounts to bet on their actual best odds, but it certainly led to warning lights flashing for some people.

There were other issues, especially for those that like to bet on horse racing. Bet Butler couldn’t offer Best Odds on horse racing, for example, which meant that you might have the best odds that they could find compared to other bookmakers, but that you would miss out by not betting directly with the company that offered the odds, as well as a Best Odds promise.

The final thing worth mentioning is that numerous customers were finding it difficult to get paid out by Bet Butler promptly. In the world of fast-moving betting, that was always likely to prove to be a problem. Given that there seemed to be some argument over whether or not customers were actually getting the best odds, it meant that many people were unsure about what they were paying a three percent commission for, exactly.

The curious thing about the demise of Bet Butler was that it was a slow death rather than an immediate one. The UKGC had the following to say at the time that it suspended the company’s licence:

The Gambling Commission has decided to suspend Operating Licence No 025718-R-307661-009 (Bet Butler Ltd) because we are concerned about the licensee’s suitability to carry on the licensed activities. The review of this operating licence continues and we will not be making any further comment at this stage.

What was particularly interesting about that was that the statement wasn’t officially released, it wasn’t published on the Gambling Commission’s Twitter feed and nor was it put on the main homepage of the betting industry’s governing body’s website. It seemed likely that the UKGC was moving to stop Bet Butler from taking any further bets but keeping them open to pay out customers their winnings and stake money.

The suspension of the Bet Butler licence occurred in September of 2014, with the United Kingdom Gambling Commission eventually choosing to revoke the company’s licence altogether. This move came about in December of that year, with the UKGC citing Bet Butler’s inability to ‘carry out its licensed activities in a manner which is consistent with the licensing objectives’ as the main reason.

With ‘one or more’ of the licence conditions being breached and a lack of satisfaction ‘as to the financial circumstances’ of Bet Butler, it perhaps wasn’t all that surprising that the Gambling Commission didn’t wait long before acting. There were rumours around the industry at the time that Bet Butler employees hadn’t been paid their wage since August even before the licence suspension.

The truth of those rumours wasn’t known, but the suspension of the company’s licence and the specific reference to fears around Bet Butler’s ‘financial circumstances’ certainly gave them credence. The Bet Butler parent company, BetClearer, actually remained in operation until the twenty-fifth of May 2016 before being dissolved. The company linked up with LVS Limited in 2013 in order to launch a new platform.

When news about Bet Butler’s collapse began to emerge, there were many people left asking questions about how it been able to happen. Not the least of these questions emerged from the mouths of the victims of the Farepak collapse. Farepak had been a Christmas savings club, into which people would pay money regularly and then be paid out in a lump sum when the holiday season rolled around.

With more than one hundred and fifty thousand members of the Farepak club, it was a business that took in large sums of money on the promise of paying out later. When the market in such clubs began to have issues, Farepak suffered as a result and none of the cash handed over by the company’s customers was ring-fenced. This meant that their money could be claimed by creditors.

The obvious question at this point is what, exactly, a company offering help to save money for Christmas has to do with a betting company. The answer comes in the form of William Rollason, who had been the boss of Farepak and was the man behind Bet Butler. Having been in charge of Farepak when they took £38 million from around one hundred thousand savers, his name came up again when Bet Butler collapsed.

Rollason, an accountant by trade, had been running the company with its co-director, Andy Hosie. After months of complaints from customers, Bet Butler collapsed with around £500,000 in debt. Deb Harvey, the Secretary of the Farepak Victims Committee, wrote to Vince Cable, the then-Business Secretary, asking for Mr Rollason to be put under some form of investigation after news of Bet Butler’s situation emerged.

Rollason, meanwhile, refuted suggestions that he was anything to do with the company’s issues. He had already resigned from the board of Bet Butler in January of 2014, saying that ‘Andy is the sole director of Bet Butler’. He remained on the board of BetClearer, however, adding a sense of confusion to the issue. He also said that everyone who had any money with Bet Butler would be paid their money.

The Sale to Momaco 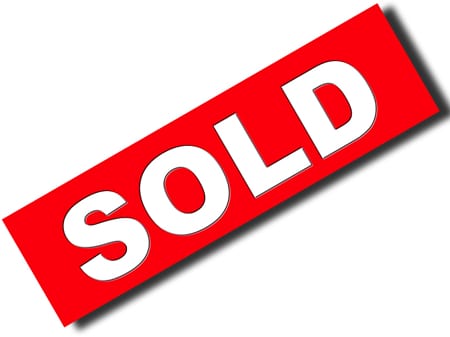 A representative of Momaco, Mark Craig, confirmed that the company had bought Bet Butler’s client list for £1 and was waiting for the Gambling Commission to issue them with a licence to operate in the UK. He referred to a ‘rushed’ deal to buy Bet Butler when it went out of business in August of 2014, with a Bet Butler spokesperson saying that the directors were ‘working to ensure customers would get cash owed’.

The plan was for this to be done courtesy of the deal with Momaco. The spokesperson said, “In April they had £3m of customer funds on their books. That was reduced to half-a-million by the end of August and that is approximately the amount that’s outstanding. The plan is that BetButler customers will get their money back through a new company with no conditions on withdrawal.”

In the end, the Momaco payout never happened, leading Bet Butler customers to complain that it was nothing more than a ‘smokescreen’ to give Bet Butler bosses time to figure out what to do next. This was in spite of the fact that Momaco was reportedly responsible for refund Bet Butler’s customer’s in full as part of the terms of the database acquisition deal between the two companies.

The collapse of Bet Butler was especially harsh on Bodugi clients, who found their details moved over to Bet Butler when Bodugi had collapsed earlier in the year. They were initially not given cash to withdraw by Bet Butler but were instead offered bet tokens that needed to be wagered at even money or greater before being withdrawn. When Bet Butler also went bust, their money was simply lost with everyone else’s.

Previous Post: « Will You Marry Me? Bingo! The Proposals That Happened Over a Game of Bingo
Next Post: Can You Legally Install Fruit Machines In Your Home? »