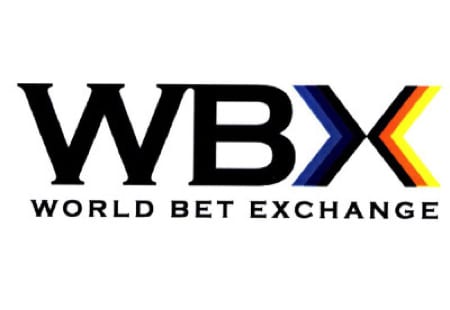 WBX was an acronym for World Bet Exchange, an exchange betting platform that was founded in 2002 but didn’t launch until four years later. Malcolm Gray, the company founder, always intended to take his time launching WBX in order to ensure that it was well-positioned to compete with other exchange betting firms, such as Betfair and Betdaq.

WBX gained a name for itself by sponsoring horse races and tried to win customers by taking 35% less commission than Betfair. Though things went well in the opening years, with the company reportedly taking more than £500 million in exchange bets, it closed down permanently in 2015 because it simply couldn’t compete with the biggest exchanges in the market.

A Brief Description of Exchange Betting 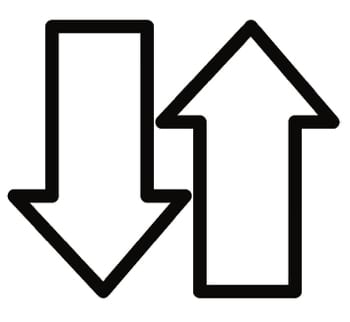 A betting exchange allows people to bet against each other, essentially playing the part of the bookmaker. You can either offer your own odds on an outcome of an event or else take up someone else on their offer of odds. All the exchange does is offer a safe environment in which people can operate, taking a commission on winning bets to make their money.

Obviously backing something is more closely aligned with a bet at the bookmakers, given that you’re saying that you think something will win. You typically won’t pay any more than you’ve staked, with your return on a winning bet usually coming back to you minus the exchange’s commission.

When it comes to laying a bet, you’re essentially becoming the bookmaker. What you’re saying is that you don’t think that a given selection will win. It’s up to you what odds you’re willing to offer and you also get to decide your own liability. If you win you get what was staked returned to you, whereas if you lose you need to pay out up to the liability you offered.

The Importance of Liquidity

Betting exchanges are only viable if they’ve got enough liquidity in the business to make them so. Liquidity is important in exchanges because it denotes the maximum amount of money that a bettor can place on a market. It is a reference to both the back bet and the lay bet, with a punter that tries to place a bet that’s bigger than the maximum liquidity available having his bet rejected and therefore being disappointed.

The WBX Set Up 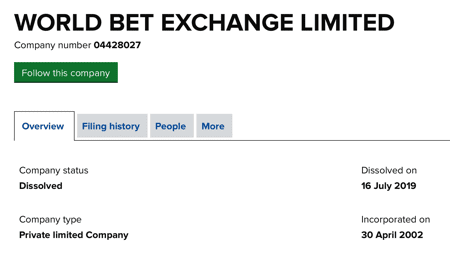 When World Betting Exchange was set up, Malcolm Gray used a holding company that was based in the Notting Hill part of London. World Betting Exchange Limited and WBX Members Funds Limited were then set up as two different companies, meaning that the funds of members were held in a separate account. External auditing then prevented the improper use of customer funds.

That had happened with a company called Sporting Options, which saw its owners being accused of creating their own liquidity. Sporting Options later went on to be bought by Betfair to strengthen its arm in the market. Gray was annoyed by what he saw as Betfair’s ‘monopoly’ of the market, believing the launch of WBX would put customers ‘back in control’.

World Betting Exchange officially launched on the 25th of November, 2006. Malcolm Gray preceded the launch by declaring that the company would ‘continually seek to offer a vibrant, exciting and innovative alternative to Betfair’. His hope was that his new company could be a genuine rival to Betfair, but he needed to win over customers.

The company tried to ensure that it was in people’s minds by sponsoring horse races, even before it had officially launched. The first such example was the ‘World Bet Exchange Launching Soon Handicap Hurdle’, which was run at Sedgefield in April. WBX spent around a quarter of a million pounds in sponsorship leading up to the company launch.

Even so, there was a surprisingly small number of people actually willing to use the site after it had launched. The company’s Sponsorship Manager, Iain Turner, claimed that they didn’t mind that and were ‘looking for a slow roll-out’ in order to give them time to find their feet. He also said that the launched was delayed from February in order to make sure that they could ‘offer something different to Betfair.

The key battleground that WBX felt it had the ability to compete with Betfair and other exchanges over was the rate of commission. Despite the fact that Ladbrokes had reportedly considered launching an exchange of its own, only to be put off by the numbers and likely inability to compete with Betfair, WBX Chose to take the exchange-betting behemoth on head-on by having low commission rates.

Prior to launch, WBX was the fourth-largest sponsor how horses race in the United Kingdom, having sponsored more than two hundred races. This included the launch of the so-called Triple Crown of Hurdling, which was a prize of £1 million given to any horse that won all three of the Fighting Fifth Hurdle at Newcastle, the Christmas Hurdle at Kempton Park and the Champion Hurdle at Cheltenham.

It was the richest prize in hurdle racing, though no horse actually won all three races during the time that the prize was on offer. Only Punjabi and Go Native came close, winning two races each. Regardless, the very existence of the prize fund got WBX into the newspapers and into the minds of horse racing lovers. The issue they faced was that there was no point in attracting punters if there wasn’t enough money on the exchange once it launched. 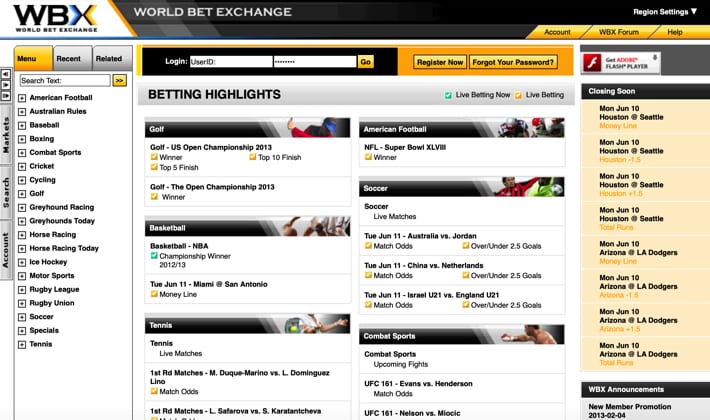 Thankfully for WBX, enough people did indeed head to the site to place bets and take each other on on the exchange. It wasn’t much to begin with, but as the years went on WBX soon began to establish itself as a genuine rival to Betfair; albeit on a much smaller scale. The company’s own internal audit suggested its users would have paid 35% more commission if they’d placed the same bets on the Betfair exchange.

This theory was that they offered a tiered level of commission depending on how many horses were running in a race. Three horses or fewer and users would be charged 3%, four entrants to a race would result in a 4% commission and five horses or more would see punters paying 5% commission. They also offered a loyalty scheme that resulted in loyal bettors paying even lower commission rates.

Whilst never quite being a true challenger to Betfair, WBX did well enough to mean that the company was able to thrive in the years that followed its launch. Indeed, it was in existence for more than a decade before talk began to spread that Malcolm Gray was thinking about closing it down, which was an impressive amount of time for a company that people were unsure of when it initially launched onto the market.

Given the scepticism around the company’s launch from punters, it was certainly touch and go whether it would be able to win over punters and compete in the early months after its launch. By the end of 2008, however, WBX claimed that its customers had bet more than £500 million against each other that year. It also claimed that more than billion had been wagered on the site since it launched.

The Shutters Come Down

Whilst WBX did well enough for nearly ten years as a company that provided an alternative to Betfair, ultimately, it didn’t do well enough to keep going. It announced that it was closing down on the 16th of March in 2015, following through with that pronouncement later the same day. Customers were able to access their accounts in order to withdraw funds, but no more bets could be placed.

WBX remained open in principle for a little while longer in order to settle ante-post bets that had been placed on events ending in the near future, but to all intents and purposes it was over as a going concern. The reasons why the company failed were numerous, being far from just a matter of it not being able to attract customers; after all, £500 million bet in the space of a year on the site wasn’t bad going.

There’s more than just one reason why World Betting Exchange failed as an exchange bookmaker. For one thing, the company never diversified away from just offering customers an exchange. Betfair, meanwhile, used its financial gains to diversify its offering in order to allow customers to play both fixed-odds and exchange bets, as well as casino games, slots and so on.

The fact that the commission taken by WBX was lower than Betfair’s was obviously good in attracting customers, but it also meant that it was earning less money than its rival on a daily basis. It then could not compete with Betfair on a while host of things, including offers that it could give its customers as well as advertising and other things that require capital.

Malcolm Gray, the company’s Chief Executive Officer, wrote a letter to the company’s members and affiliates explaining the decision to stop operating. In it he referenced the business strategy no longer being ‘viable’ and spoke of the ‘rising costs of regulatory compliance and levies in the United Kingdom’ as being one of the chief reasons behind that.

He also spoke about the ‘increasingly prohibitive stance of various betting jurisdictions’ as a reason for the company closing. That is suggestive of a desire to move WBX into different territories but not being able to afford the cost of doing so. In competing with a much better-known exchange company in Betfair, it was always going to be a challenge for WBX.

There’s also the fact that WBX simply lacked the liquidity that could be offered to punters by the likes of Betfair and Betdaq. Without having much liquidity in the site, WBX couldn’t attract as many customers as the larger exchange players. This, in turn, meant that less liquidity was incoming and the problem became something of a vicious circle.

Ultimately, WBX offered a solid challenge to Betfair but simply couldn’t compete as an exchange operator and didn’t have the cash to offer customers other areas to place bets. This meant that the company died of a thousand cuts rather than in a blaze of glory, but in the end it didn’t offer enough to tempt punters away from what they knew and trusted.

Previous Post: « What Happened to All the Cozy Bingo Sites? Goodbye Cozy, Hello ElectraWorks
Next Post: Gambling in Pubs: Are Real Money Poker, Bingo and Quiz Games Legal at Your Local? »