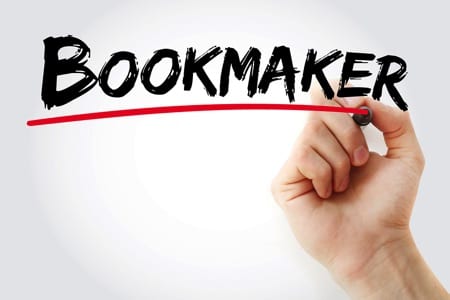 There is an old saying that you never see a poor bookmaker. It doesn’t really ring true, as many people who have once been active in the industry but failed to make it a going concern might tell you, but that doesn’t stop people think it is a fact. Consequently, more people than ever are trying their hand at becoming a bookie in the era of online betting.

There’s an argument that it’s never been easier to do. The proliferation of so-called white label sites, which provide you with the necessary groundwork to simply add your own branding on top of, certain allow those with means to give it a shot. Here we’ll have a look at the things people wanting to become a bookmaker need to think about, including licensing and other important factors.

There Are Different Types of Bookmaker

The first thing to acknowledge is that there are different types of bookmaker and the one you want to become will determine how you need to go about it. The life of an on-course bookmaker is hugely different from that of one that owns a high street shop, for example, whilst someone putting their name to a white label site will discover that their life is different again from the others.

Of course, all of these various types of bookie might well be different from each other, but they all have the same aim: to make money. They will all add their own margin into bets to ensure that they end up with their cut and the will all hedger their bets to reduce their liabilities as much as possible. The differences are there for all to see, but they’re also relatively subtle in nature.

In essence, there are four different types of bookmaker:

Online is probably the most popular route into the industry nowadays, giving people with little experience a chance to set up their own site, provided they have enough seed money. Generally speaking, operators will choose whether to set up on their own or to work with an already established booked, usually thanks to a franchise opportunity.

Once you’ve decided which type of bookmaker you want to be, the next thing required of you is to ensure that you have a licence to operate. Unsurprisingly, given how convoluted most other things are, the process of getting a licence to operate in the United Kingdom is a mildly complex one. The United Kingdom Gambling Commission is responsible for issuing them and there are different types.

There are numerous different types of licence, with the main ones being an operating licence, a personal management licence, a personal functional licence and a premise licence. The latter is provided by the local licensing authority. The licence needed will depend on what it is that you’re doing, so here’s a closer look at what each of the different licence types mean:

What the bookmaker plans to offer will determine which type of operating licence they need to obtain, with the following being some of the options:

The amount of money it costs to acquire each of the various operating licences is dictated by which licence is being obtained. The fees paid tend to be based on the Gross Gambling Yield the business achieves. That is separate from the application fee that is payable in the first instance as well as an annual fee that allows the licence to be maintained.

Here’s a look at the costs for two different levels of remote operating licences. This is essentially what it would cost for a low-level and a top-level online only bookmaker offer real sport markets:

Anyone hoping to open a bookmakers of any variety will need a Personal Management Licence. This is, essentially, a deep-dive on the person applying for the licence as well as the people responsible for various aspects of the business. This includes the likes of those that are responsible for the company’s strategy, the financial planning and IT security.

That list is far from exhaustive, but gives you an idea of the sort of people who will need to be prepared for the exposure that comes with a PML. The cost of getting one is £370 per person, which is money that remains with the Gambling Commission even if your application to gain a Personal Management Licence ends up being unsuccessful.

If someone wants to work in a casino or a bookmakers then they will need a Personal Functional Licence. This is for the likes of croupiers, inspectors, security staff and cashiers. It is basically a background check to make sure the people looking to work in those environments don’t have any outstanding criminal records or ties to crime.

As you may well imagine, a premises licence is linked entirely to the opening of a premises. Local councils are the ones that are responsible for the awarding of these licence types because it is entirely up to them whether they’d like a new gambling establishment to be opened up in their jurisdiction.

This is often not a quick process to be completed, with councils regularly taking a long time to even process applications. Once they’ve been processed then a decision on them needs to be made, which can also take a while. Some areas are easier to gain licences for than others, with sites that are already built likely to be licensed quicker than those that are proposed locations.

What Type of Bookmaker Works for You?

Without doubt, the most important decision you’ll have to make is about which type of bookmaker you want to be. It’s far from an easy decision to make unless you have experience in one form of the profession over another. Each type offers a different ability to expand the business, as well as the need to work with different sorts of people.

Perhaps the most critical thing to realise for many people is the fact that you’re moving across the industry, switching from being a bettor to becoming someone running a business. No matter how good you are as a gambler, being a bookmaker is a totally different skill that requires you to work in a completely different way. You need to think about liabilities, margins and other key factors.

The high street is not the place it once was, with fewer and fewer people heading there to do their shopping. Bookmaker shops have started to struggle as a result, with the numbers decreasing every year. The decision to limit the maximum stake on Fixed Odds Betting Terminals was seen by many as something of a death knell for the industry.

The cost alone of opening a bookmaker’s shop on the high street will be prohibitive for many, as explained in an earlier section. Where the shop is located will determine the likes of rent costs, rates, business tax and so on. You’ll need insurance, a valid subscription to sports channels, phone lines, water and all of the usual things that businesses require.

You won’t be able to run the shop entirely on your own, so paying for staff is something else you’ll have to add into your calculations. The average wage is around £20,000, with the government claiming that bookmakers can earn between £14,000 and £45,000 a year. Add in how much you want to pay yourself and you’ll soon realise how tricky it is to ensure you always have a net win.

If the world of shop-based bookies is a dying breed then imagine how competitive it must be for on-track bookmakers. The majority of punters have mobile phones with betting apps on, meaning that they don’t need to turn to a trackside bookie to place their bets if they don’t want to. Add into that the fact that the likes of dog tracks are becoming less common and you can see how it’s a difficult job to maintain.

Even horse racing tracks aren’t easy for on-track bookies to forge a career at. It is an incredibly competitive part of the industry, not least thanks to the need to pay for a pitch. Bookmakers that are well-established will have nabbed themselves the best pitches a long time ago, so they’ll cost you a lot of money to get hold of. You can get started with poorer pitches, but they’ll earn you less money.

The setup costs are generally cheaper, with slightly smaller overheads. Equipment costs aren’t cheap initially, but once you’ve bought them they should last a decent length of time. You could pay nothing for your pitch, which is good, but a board could cost as much as £15,000 to allow you to show punters your prices and entice them over. Insurance is probably one of the largest outlays.

The good thing about trying to become an online only bookmaker is that it’s a lot easier to do than either of the other options on this list. The bad thing is that that means that more people do it, so it’s an incredibly competitive part of the industry. It is also one that is moving at an incredible pace, so you’ll need to be hot off your heels to keep up with it.

The real beauty of becoming an online bookmaker is that the target audience that you have open to you to try and attract is virtually limitless, whereas on-track and high street bookies depend on the amount of footfall that they can attract. There are hundreds, if not thousands, of bookmakers working online, so you need to do something special to stand out from the crowd.

Though it’s not overly difficult to set up your own online bookmaking business thanks to the proliferation of white label sites, it is costly. White label sites are those that basically do all of the hard work for you, simply requiring you to provide the branding and the money to do it all. This, of course, is what makes them so expensive to attain and the more bespoke you want your website to be, the costlier it will be.

You Need a Float 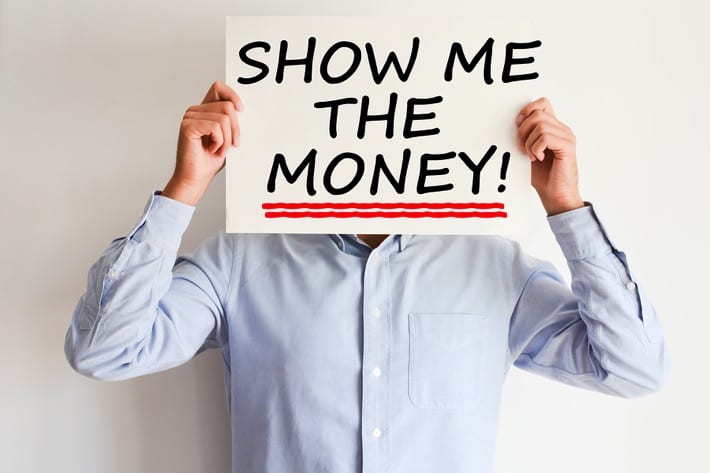 It’s easy to imagine that a bookmaker just makes money, but the reality is that they also need a float to cover bets that customers win. It is generally accepted that about 12% is a good margin for a bookmaker, but that obviously means that you’re paying out on quite a lot of bets still. How big your float is will determined how many bets you can take.

If you have a float of £200,000, for example, then you’d soon run out of money if you accepted £100,000 worth of bets at odds of 2/1 if they were winners. That side of the financial commitment alone will mean that it’s too much for some people to even consider getting involved in, but it’s an important one to bear in mind before you get started.

Previous Post: « The Lottery’s Most Common Numbers: Which Numbers Have Been Drawn the Most?
Next Post: Can Under-18s Go into a Betting Shop? »