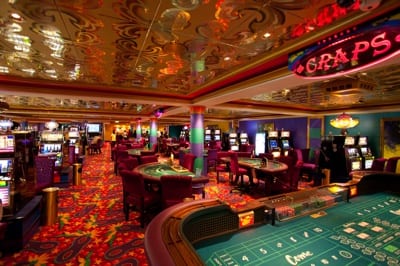 Anyone who remembers the New Labour government will have been more than aware of the idea of so-called ‘Super Casinos’ being a big part of their manifesto ahead of the 2005 general election. The idea was that the 1968 Gaming Act would modernise, seeing the industry dragged kicking and screaming into the 21st century, from a legislative point of view. It was hoped that these new casinos would revitalise areas most in need of the help, with the likes of Blackpool high on the list to be a sight for the ventures.

Yet before the general election had even come about, Labour had started to adjust its line of thinking. Not everyone was on board with the Super Casinos, resulting in the government having to ward off protests from religious groups and opposition MPs alike. In the years that followed, therefore, the scheme was put on ice and then gradually backed away from. Yet casinos have continued to open since 2005, with some of them being impressively large ones. All of which begs the question, what really happened to Super Casinos?

The Labour government believed that a way to revitalise the economy was by introducing super casinos, with numerous other changes to the gambling laws being brought in alongside it. The proposals for the 2005 Gambling Act included the following:

Whilst some were critical of the proposals, the then-Prime Minister, Tony Blair, was quick to point out that the overhaul of the gambling laws was intended to increase the amount of regulation on the industry, not deregulate it. It was hoped that the laws would help to protect children and those that were already gambling, rather than encourage an increase in gambling from others.

The key thing as far as this page is concerned was the introduction of three different types of casino: regional, large and small. The category that a casino would fall into would then dictate what it could provide, with the likes of gaming machine entitlement assigned according to the size. The term ‘Super Casino’, sometimes called ‘Mega Casino’, was an invention of the tabloid press. When it came to the actual bill making its way through parliament, the biggest casinos were called ‘regional’.

The big fear was that this new bill would see casinos opening up all around the country, so the government decided to impose an initial limit of eight new casinos per category. The question then came down to where these casinos would be located, with some cities keen to receive them and others dead-set against them. Indeed, Manchester and Blackpool were both actively campaigning for one of the new casinos to be built within their borders.

The thinking behind limiting the ‘Super Casinos’ to just eight locations was that it would given the government time to assess whether or not there was an increase in problem gambling as a result of their opening. Whilst that suggests some sort of noble thinking on the part of the government, the reality is that the change in plans came about because of severe opposition to the casino part of the new bill, including a number of Labour MPs rebelling against their own party over the issue.

When the idea of revolutionising the way that casinos operated in the United Kingdom was first mooted, it was hoped that these ‘Super Casinos’ would be similar to the huge casinos in Las Vegas. Each regional casino would be allowed to have up to 1,250 slot machines, with unlimited prizes on offer.

The problem was that the plans were too vague for the opponents of the proliferation of Super Casinos, meaning that the Gambling Bill was at real risk of failing to get through the house. As a result, the initial plan for twenty to forty of the new regional venues, which had been scaled down to just eight, ended up being a mere one when the bill was presented to the house.

The Tories had been fighting for that all along, accepting the need for a ‘prototype’ casino to be put in place in order to allow the government to assess any potential damage done by the new Super Casinos was paramount. The decision of where the casino would be located was to be decided by an independent panel, with many believing that Blackpool would be the best location in terms of allowing the local area to be revitalised as a result of its building and implementation.

Manchester Decided Upon as the Venue

As soon as the government decided that there would only be one regional casino, the various local governments responsible for its likely destination went into overdrive in order to try to win the bid. The initial shortlist consisted of the following possible locations:

Wembley was actually removed from the running when the local council decided to withdraw its support for a new casino being built in the area, with London instead finding its Super Casino eggs were all being put into the Millennium Dome basket. The dome was renamed as the O2, with the exhibits inside being dispersed and the entire thing being redeveloped to become an entertainment venue.

It re-opened its doors in June of 2007 as said entertainment venue, despite the fact that work had been done on the shell of a ‘Super Casino’ before a final decision had been reached by the Casino Advisory Panel. AEG, the company of Philip Anschutz, the Dome’s owner, had said that work on two hotels and an 1,800 seat theatre would be abandoned if the Super Casino contract went elsewhere.

In the end, the government awarded the building of the new regional casino to Manchester, granting ‘large casino’ licences to Middlesbrough, Solihull, Great Yarmouth, Newham, Hull, Southampton, Milton Keynes and Leeds. The idea was for the new casino to be built close to the City of Manchester Stadium, which would later be renamed as the Etihad.

It was hoped that the site would contain more than just a casino, with plans to build an entertainment complex around it, including restaurants, bars, a hotel and a sports venue, complete with swimming pool.

The Government Back Tracked

Despite the fact that the awarding of the Super Casino to Manchester would have resulted in around £265 million being poured into the city and close to 3,000 jobs for the area, it wasn’t long before the voices of the opponents to the new regional casinos grew louder. The proposal made it out of the House of Commons with a majority of twenty-four votes, but when it went to the House of Lords it was rejected by just three votes.

The rejection of such a major proposal left the government in a tricky position. For a time, it was believed that they might head towards a stand-off by suggesting that the vote of the Commons should supersede that of the House of Lords, with others suggesting that a tweak to the proposal might see it make it past both Houses. The election of Gordon Brown as the Labour leader and new Prime Minister put paid to that, however, with the Scot suggesting not long after taking office that the plan would be scrapped.

It was an announcement that wasn’t exactly met with universal support, with Manchester City Council even suggesting that they might take the government to court in an attempt to get them to reverse their decision. It was felt that a regional casino was the area’s best hope of regeneration and that a regulated casino would be less harmful than ‘unregulated forms of gambling such as the internet’.

Ultimately, sixteen new casino licences were issued as a result of the Act in 2005, with ten of them being in areas that already had permission for casinos, meaning that only six new areas were licensed. Did that go against what the government was hoping to achieve with the 2005 Act? Possibly, but all was not lost entirely for the casino industry.

Expansion of the UK’s Casino Industry 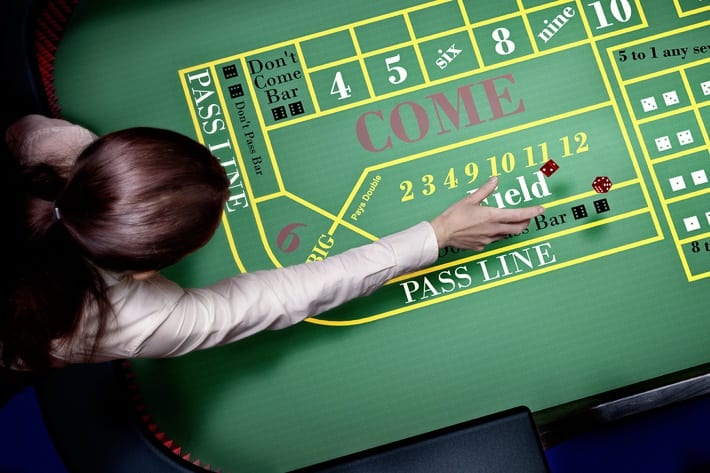 The government might well have kicked its Super Casinos proposal into the long grass in 2008 when it backed away from the idea of creating one in Manchester, but that doesn’t mean that no new casinos were built in the years that followed. Indeed, once the furore surrounding the new Super Casino type structures had died down, the idea gradually began to make a return to the political agenda.

In 2012, for example, plans to once again expand the casino industry in the UK began to surface. It was mostly the large casinos that had been given the go-ahead in 2005 only for the idea to fall off the public agenda because of the collapse of the proposed Super Casino in Manchester. The first of these, located close to the Olympic Park in east London, opened its doors in December of 2011.

In the wake of that opening, more began to be planned in the likes of Solihull, Milton Keynes and Middlesbrough. The Milton Keynes casino was opened by Aspers in 2013, with another coming in Birmingham in 2015. That was the first major project of the Genting Group in Europe, part of a £150 million regeneration of the area.

The announcement from Southampton City Council in 2016 that it has awarded the contract for its large casino to Aspers Group was met with opposition from Global Gaming Venture who believed that their bid wasn’t given due consideration. The High Court ruled in favour of Aspers, however, and in 2018, the company confirmed that it was ploughing ahead with its plan to open a venue on the waterfront in the city.