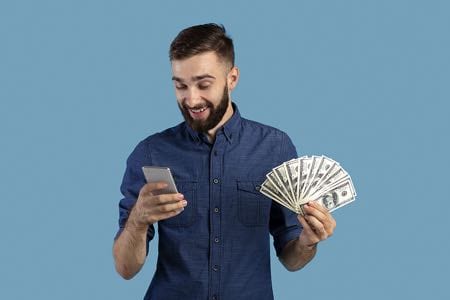 We all lead busier and busier lives, so remembering to pop down to the bookmakers in order to claim a winning bet isn’t necessarily top of our list of priorities. There are any number of reasons why we might have been distracted after placing our wager, so it’s important to ensure that you keep your betting slips safe for when you eventually have the time to get back to the bookies’ and claim your winnings.

How long you have to do so before a bookmaker can refuse to accept your slip and not pay you out? What about with online betting accounts? Though bookmakers that run online sites pay you out automatically, failure to claim your winnings after a time can result in your account being made dormant, meaning that you’ll have to pay a fee in order to release your funds for withdrawal.

It’s Not a Hard & Fast Rule

The first thing to note is that there isn’t necessarily a hard and fast rule when it comes to dealing with bookmakers. They all have their own terms and conditions that cover a myriad of topics, so what applies to one bookie might not therefore cover how another company handles the same situation. There is anecdotal evidence that some bookmakers will give you 180 days to claim, whilst others will allow you to claim at any point.

It’s not uncommon for bookmakers to place all bets into a dormant account after a given period of time, such as a month. This removes them from their system, but doesn’t necessarily mean that they won’t be paid out on if someone comes in to claim their winnings. A lot of it will come down to what proof you have that you placed the bet, which is why keeping your tickets safe is so important.

Claiming Via the AGT

There are numerous paths open to people who wish to claim a winning bet long after the event has concluded. One option open to them is to get in touch with the Administration of Gambling on Tracks, especially if you placed the bet when watching a horse race or greyhound event in person. This is the most common time for punters to bet with smaller, independent bookies who they might not be able to find afterwards.

If you want to do that then you need to write to the AGT and include the ticket, having either taken a photocopy of it or photographed it using your phone. They will write to the bookmaker in question and let them know about your claim, giving them a chance to check their records for any outstanding bets. If the claim matches their records then they will send the AGT a cheque in your name for the amount of your winnings.

The AGT is quick to stress that betting slips are valid for one month from the date that they were issued. If you’re looking to claim winnings after that point then you’ll find that being paid out on it is something that is at the bookmaker’s discretion. If the ticket is in its original condition and there aren’t any unusual circumstances in play, however, it’s unlikely that your ticket will be refused by a bookie.

The Bet on Red Rum

Nothing demonstrates the story of how long you’ve got to claim a winning bet quite like that of the Holmes family. Bob Holmes was going through his father-in-law’s belongings when he uncovered a £1 bet that he’d placed on Red Rum in 1974. This was in 2017, meaning that the betting slip had been sitting amongst his father-in-law’s paperwork for more than 43 years, just waiting to be found.

The betting slip contained a shop code for a William Hill branch, which allowed the bookmaker to discover that the original bettor had placed his £1 stake at odds of 11/1. That would put the family in a situation where they should expect a payout of £12, but William Hill chose to add inflation to the wager and paid out £130. In addition to that, the company gave out £130 worth of bets and donated £130 to Water Aid.

Many might wonder why William Hill would do such a thing, but if there’s one thing bookmakers know then it’s that people will often place bets. The family did just that, with Bob Holmes and his wife Nancy sharing the winnings with Nancy’s sister Rhoda Robertson, resulting in all three of them having a bet on that year’s Grand National. William Hill therefore got some money back and some great publicity.

Joe Robertson, the original placer of the bet, died in 1979, five years after the race had been run and must simply have forgotten about it. The bet might never have been found had Nancy Robertson simply thrown away her father’s paperwork as she planned, but the ‘curious’ Bob decided to have a look through the papers and found the betting slip. He admitted he was ‘surprised’ that William Hill allowed them to make the claim.

Graham Sharpe, a spokesperson for the company, said that they had always gone out of their way to settle late claims, but that even he was surprised by the nature of this one. The previous longest amount of time that someone had waited to make a claim had been seven years, so 43 years very much set a new record. The choice of Water Aid was that of Bob Holmes, with William Hill giving the winning amount to the charity.

The £130 of bets was given in order to ‘see if the family luck would maintain itself over 43 years’, with Nancy Holmes placing £25 Each-Way on Definitely Red. Bob Holmes opted for a £20 Each-Way bet on Blaklion and Rhoda Robertson placed her £20 Each-Way wager on Ucello Conti. In the end, the family will have been cursing the fact that the father’s name wasn’t Arthur, given One For Arthur ended up winning, though Blaklion did come fourth. 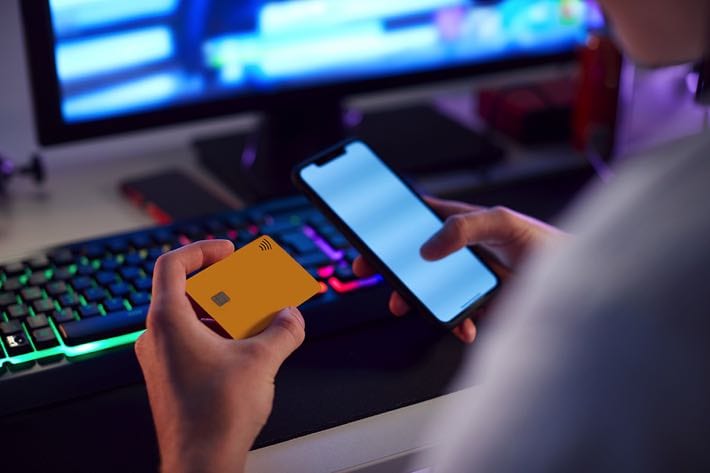 It is common, as well as to say recommended, for punters to have several online accounts with which to place their bets. This allows people to scour the various websites for the best deals possible, putting them in a position to ensure that they not only get the best odds but also get to take advantage of any offers that might be in play from one bookmaker to the next.

The issue with having numerous different accounts, of course, is that it’s not uncommon for bettors to forget which companies they have actually opened up accounts with. Unlike with bets placed in a shop, whereby you need to keep the betting slip to hand and return to them or a branch of the same company to claim your winnings, online bookies simply pay winnings directly into your betting account.

This is great in terms of not needing to remember what bets you’ve placed, where you’ve left the betting slip and how you can get to the bookmaker’s shop in order to make a claim, but it can mean that some bets simply get forgotten about. This is especially true when it comes to bets placed long ago, given the extend to which ante-post wagers tend to be the ones most favoured by clever punters.

Because of this, you could easily find yourself in a situation where you’ve completely forgotten about a bet that you placed almost a year ago in an account that you don’t use very often. The bet was a winner, so you got paid out on it immediately by your bookmaker of choice, but because you barely even remember placing it let alone which bookie you placed it with, it has sat unclaimed in your account for a long time.

The obvious question to ask is what happens to such bets and the accounts that house them. The answer comes in the form of accounts being made dormant, which is what happens to those accounts that a punter simply forgets to login to and use for a certain period of time. Obviously how long a period of time will, like so much else, differ from one bookie to the next, meaning you’ll have to look up the rules of the bookmaker in question.

Some companies will call them ‘dormant’ accounts, others will refer to them as accounts that are ‘inactive’, but the way that they’re treated is generally the same. With one popular bookie that offers an exchange service, for example, an account is marked as ‘inactive’ if you haven’t logged into it for 13 consecutive months. Once the account is marked as inactive, a monthly fee is charged on it until one of the following things happens:

The charge is essentially the equivalent of a maintenance fee, with most companies contacting you each month when the payment is made to alert you to the situation. The company in question doesn’t charge UK-based customers, but does charge those based outside of the United Kingdom. Only one account will be charged the fee and you can never go into negative balance.

The Gambling Commission states that an account has to have been unused for at least 12 months before a company can decide that it is dormant. There are numerous ways that an account can end up becoming dormant, from something as serious as the passing away of the account holder through to the person who opened the account simply forgetting that they did so and transferred money into it.

What Happens with Dormant Funds

When you open a betting account, you have to give over information, such as your email address and where you live, in addition to other contact details. When your account has been unused for so long that it has become dormant, it’s standard practice for a betting company to attempt to get in touch with you in order to remind you that it exists and ask you to log back in to it in order to keep it active.

There are many reasons why this might fail, including the fact that you gave them incorrect details when you signed up or the details that you gave are no longer valid. After that, each operate will have their own method of dealing with the unclaimed funds sat in the dormant accounts, from charging 10% of the funds through to charging a £2 per month fee, which should act as an incentive to keep your account active at all times.

For companies that are registered in Alderney, the rules applied by the Gambling Control Commission Regulations are slightly different. You must be contacted after 12 months of inactivity, but if there’s still no activity after a further 12 months then ‘the customer’s entitlement to the funds is extinguished and the funds should be donated to charity.’ You can still claim after that point, however.

Should you approach a company with proof of your claim to funds that have been donated to charity, the company is entitled to pay you out from other money that is pending being paid to a charity. Because many companies charge a fee and others will gain from the interest being paid on an account, abandoned accounts are actually a good thing for betting companies to have to their name.

Previous Post: « What Are the Oldest Horse Races Still Run Today?
Next Post: Is Las Vegas Bad for the Environment: How Much Electricity Does It Take to Run the Strip? »