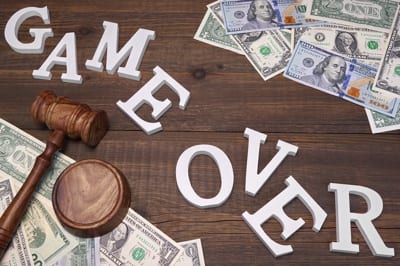 There are many differences between America and the United Kingdom, but one of the most crucial ones as far as we’re concerned comes in the form that tax on gambling winnings is processed. In the UK, the gambler has to pay no tax on their winnings at the point at which it is paid to them, meaning that if they win £65 million on the National Lottery, then they’ll receive £65 million and will have to start paying tax on that moving forward.

In the United States, on the other hand, punters have to pay tax on their winnings just like it’s any other income. The Inland Revenue Service demands 25% of all winnings, regardless of whether it’s $1,000 won playing roulette or a $1 million payout from a slot machine. That’s why you’ll often see Mega Millions or other lottery organisers reporting jackpots of hundreds of million of dollars but being paid less when the money hits their account because state and federal taxes apply. So, why is it that the UK is able to do things so differently? Does the state just not take any tax?

The Point of Consumption Tax Explained 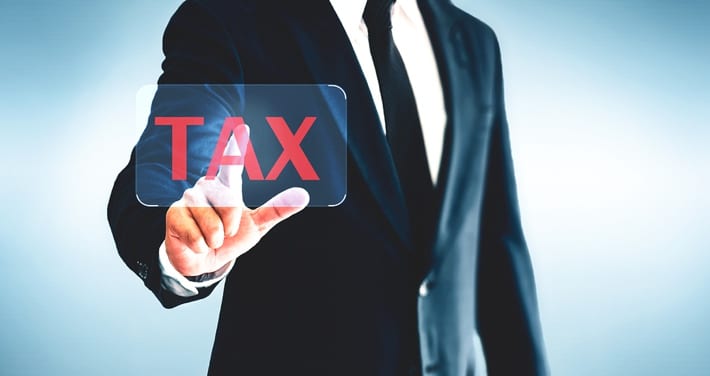 Obviously the British government are just as keen as their US counterparts to get their fair share of tax from gambling, but they do it in an entirely different way. The Point of Consumption Tax, sometimes referred to as the Remote Gaming Duty, was introduced in 2014 as part of an amendment to the Gambling Act that had been introduced to parliament in 2005. Back then it had an introductory rate of 15% and was for revenue earned in the United Kingdom by gambling companies based elsewhere.

The PoC Tax was introduced because companies were getting around paying tax on earnings made in the UK because the law at the time said that gambling and casino firms only needed to pay tax to the county in which they were based, even if the people using the services were based elsewhere. Obviously this caused those companies to move to locations with lower tax rates, meaning that the likes of the Isle of Man, Jersey and Gibraltar suddenly became tax havens.

The PoC Tax was designed to give the government its share of the tax from the financial gains of companies that were making money from British gamblers, with the tax being applied at the moment that games were being played or, in other words, at the Point of Consumption. This did not stop gambling companies from having to pay tax to the nation they were based in, however, so it proved to be less than popular with the businesses that offered gambling services to punters, causing them to raise their edge and reduce the number of offers they gave people.

The Rate Gets Raised

The British government went through a long process of investigating whether or not to reduce the maximum stake that punters could place on Fixed Odds Betting Terminals, eventually confirming in November of 2018 that the stake would be reduced from £100 to £2 starting in April of 2019. The problem that they had was that the decrease in stake would also result in a decrease in tax earned from the machines, which was a shortfall that they’d have to make up for somehow.

The ‘somehow’ ended up being an increase in the Remote Gaming Duty from 15% to 21%, which was introduced at the same time that the FOBT stake reduction came into effect. The hope of the Exchequer was that by the 2023-2024 period the public coffers will have increased by around £290 million, at the same time that little economic impact would be felt.

The Expected Impact of the Increase

In its own workings on the increase from 15% to 21%, the British government said that the expected impact on companies was likely to be ‘negligible’. There would be ‘one-off costs’ for companies needing to update their systems but they were also predicted to be ‘negligible’. Indeed, the government didn’t really expect the increase to make much of a difference to anything other than to fill the gap in income that had previously been provided by the Fixed Odds Betting Terminals.

For the companies themselves, however, the increase was expected to have major consequences. It’s worth remembering that the government decided to introduced the tax hike in order to cover the losses felt from the reduction of the maximum stake applicable to FOBTs, which was fine for the government but problematic for the gambling companies who had to cope with an increase in the tax they would have to pay at the same time as a decrease in the amount of money being made from their Fixed Odds Betting Terminals.

Here’s how some of the various bookmakers responded when the announcement of the tax increase was first made:

The decision was met by mixed feelings across the industry, with Davy Research suggesting that it was ‘broadly in line’ with the assumptions that had been made and ‘less harmful’ than had originally been suspected. The initial feeling was that the hike would take the Remote Gaming Duty up to 20%, so 21% wasn’t much more than that. Even the timescale on which the government initially said it would be making the changes was seen as ‘a phasing issue’ by Davy Research.

Meanwhile the gambling consultant, Steve Donoughue suggested that the government’s decision was ‘highly unfair’. He made a comparison between what the gambling industry was going through and what the tobacco industry had already had to contend with, suggesting that MPs ‘recoil in horror’ when either industry is mentioned by lobbyists. His issue was mainly that it seemed as though one sector of the gambling industry was being made to ‘pay for the crimes of another’, which is what made it unfair.

The co-founder of RB Capital, Julian Buhagiar, went even further, suggesting that smaller operators might be forced to ‘throw in the towel’ by the increase in the RGD. His feeling was that even more mergers and acquisitions would occur as a result of the changes, with the bigger companies combining to avoid the problems that the increase would hit them with if they were on their own at the same time as hoovering up smaller companies. He feared that the result would be an increase in already strong brands becoming far too dominant in the market.

In something of a tit-for-tat response to the situation, Ladbrokes said that they would have to consider cutting sponsorship of major horse racing events if the cut to the FOBT’s maximum stake came about, with the result being the rise in the Remote Gaming Duty. At the time, Ladbrokes spent around £3.5 million sponsoring horse races, such as the Scottish and Welsh Grand Nationals and the Coral Cup during the Cheltenham Festival.

What It Means for Punters 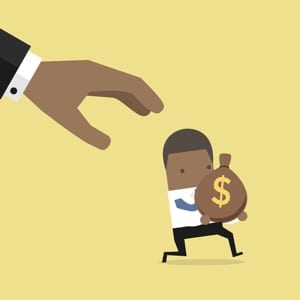 The natural question, of course, is what the increase in the Remote Gaming Duty actually meant for punters. The answer is that little changed for bettors in the obvious sense, given that the Point of Consumption Tax increase was technically a tax on the earnings of the major gambling companies. In reality, of course, things don’t quite work like that and betting organisations will always find a way to ensure that it’s the gamblers that end up footing the bill.

The gambling industry has always taken its cut from people’s bets, which is how it makes its money after all. The response to the increase in the Remote Gaming Duty was simply to do their best to increase the amount of money made from that cut, mainly by altering the odds on markets to decrease the amount of money that successful punters were able to make. There was no front-end punishment for bettors, therefore, but on the back-end they were getting less money in return for their stakes and the industry therefore asked the gamblers to shoulder the financial burden of the RGD’s increase.