The Olympics, whether you’re talking about the Summer or the Winter version, is one of the most thrilling and exciting sporting events in the calendar. It is the peak of the career of most athletes, with those that get to compete more than once truly living the dream. Yet there are some that will never get to take part in the ‘Greatest Show On Earth’ on account of the fact that the country that they represent doesn’t participate in them.

There are numerous reasons why a country might choose not to compete in the Olympics, with the size and scale of the country in question being one of the main ones. There’s also the fact that there is a difference between a territory and a country, so a territory might wish to take part in an Olympic Games but in order to do so their athletes have to qualify via the country that they are a territory of.

Why Some Countries Don’t Take Part in the Olympic Games

Before we look closely at the countries that don’t participate in the Olympics, it’s worth considering the reasons why some might choose not to. Firstly, we need to look at the fact that there are 206 National Olympic Committees of the International Olympic Committee, which is a bit mad when you consider that there are only 195 officially recognised countries in the world.

In order to make things less confusing, it’s worth pointing out that there are 82 International Sports Federations that are officially recognised by the IOC. NOCs, meanwhile, are classified as ‘a national constituent of the worldwide Olympic movement’. The fact that there are more NOCs than countries is thanks to the likes of the nine independent territories, such as Puerto Rico and Bermuda, who can enter the Olympics.

The reasons why some of the countries that exist in the world don’t compete in the Olympics are complex. With the likes of Wales, Scotland and Northern Ireland, for example, they do compete in the Olympics but do so under the auspices of Team GB. Vatican City, meanwhile, isn’t a member of the UN and therefore doesn’t take part. Other countries, such as Somaliland, isn’t an officially recognised country.

Given the desire of the Olympics to be a virtually neutral sporting competition that avoids any sort of political scandal, it’s remarkable just how much politics is involved in the absence of certain countries and territories from the Olympic Games. A good rule of thumb is to consider whether an area might be considered part of a wider country, such as Catalonia and Spain. More often than not, the Olympians will be expected to compete for the wider country.

The Countries That Aren’t Represented

At the time of writing, there are just three countries that are not represented in any manner during the Olympic Games. They are Greenland, Vatican City and Kuwait. The Vatican City’s absence from the United Nations as a member country is what does for it in terms of competing in the Olympics. When it comes to Kuwait, things are a little bit more complicated, with the country having competed in certain Olympic Games.

The National Olympic Committee For Kuwait was formed in 1957 and recognised by the International Olympic Committee nine years later. As a result, two athletes from Kuwait took part in the Olympics at Mexico City in 1968. The numbers went up in the years that followed, with the 56 athletes taking part in the 1980 Summer Olympics in Moscow being the peak of attendees from the county.

The country was suspended by the IOC ahead of the 2016 Summer Olympics in Rio de Janeiro, which resulted in the country’s athletes competing as part of the Independent Olympic Athletes group, who did so under the Olympic flag. The country’s Olympic Movement was suspended in 2015 after facing ‘a number of issues to preserve its autonomy’, with interference from government sports legislation being the main problem.

When it comes to Greenland, the county is not a member of the International Olympic Committee and therefore cannot take part in the major event organised by the IOC. As a result, skiers from Greenland took part in the Winter Olympics in 1968, 1994, 1998 and 2014 under the flag of Denmark. It means that the athletes at least don’t have to miss out on an Olympic experience, even if they can’t do it for their country of birth.

The Territories That Don’t Represent Themselves

Away from the nations that don’t compete in the Olympics, the largest section of non-participants are those that are considered to be territories. The fact that these territories technically belong to another country means that it is the parent company that athletes from within those territories have to compete for. One good example of this is Gibraltar, which is considered to be a territory of the United Kingdom.

Here’s a look at the territories that don’t compete as their own nation, but instead send the best athletes along as part of a wider territory. We’ll also explain which territory they belong to:

On top of those specific territories, there are also some other areas that compete under a different country’s flag. Taiwan competes as part of Chinese Taipei, for example, whilst Iraqi Kurdistan is considered to be part of Iraq. Macau, meanwhile, is thought of as being an autonomous region of China and Catalonia is part of Spain. The same is true of Gibraltar and the United Kingdom, plus Tahiti and France.

There are some areas that don’t compete because they’re not considered to be countries, with Northern Cyprus only a partially recognised country. That is also true of Abkhazia, which receives a similar designation. Somaliland isn’t a recognised country at all, so cannot compete in the Olympics for that reason. This is because the Olympics has an official stance on whether a country can compete, which comes down to whether it’s ‘an independent state recognised by the international community’.

This sometimes works the other way too. Palestine, for example, is disputed as a state by certain part of the world, but the International Olympic Committee is not one of them and has allowed it to have a team competing at the Olympics since 1996. Kosovo declared itself independent from Serbia in 2008 before finally being allowed to send along a team to the Olympics in 2016.

Another first for the 2016 Olympics in Rio de Janeiro was the presence of the Refugee Olympic Team. Obviously it was not technically a nation, but was created in order to give those that had been forced to leave their homes for one reason or another a chance to compete in their own right. This, perhaps, reflected the desire of Pierre de Coubertin when he created the Olympic Rings, saying:

A white background, with five interlaced rings in the centre: blue, yellow, black, green and red…is symbolic; it represents the five inhabited continents of the world, united by Olympism, while the six colours are those that appear on all the national flags of the world at the present time.

It was obvious that the French educator, who founded the International Olympic Committee, wanted the world to be united through sport rather than divided. He would doubtless have approved of the decision to create a team of refugees, who were people from around the world that had no home. They had come from the likes of Ethiopia, Syria, South Sudan and the Democratic Republic of the Congo.

Whilst the International Olympic Committee might try to take as simplistic a stance as possible to the invitation of the countries that it allows to compete in its Games, things don’t always work out as smoothy as they might hope. In the wake of the Summer Olympics in 2016, for example, Gibraltar demanded the right to compete in the Olympics under their own flag rather than as a territory of the United Kingdom.

Taking a Look at Gibraltar 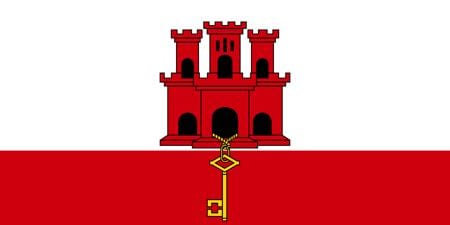 Gibraltar had repeatedly applied to take part in the Olympics as its own squad, but because it is a British Overseas Territory its requests were always denied. The reason for the IOC’s denials of Gibraltar’s claims appeared to be based around the fact that Spain has claimed sovereignty of the island from Britain for more than 300 years, which the country itself thinks it is time to move on from.

This led the Chief Minister of Gibraltar, Fabian Picardo, to declare that the IOC should be ‘ashamed of itself’ for its numerous blocks of Gibraltar’s desire to be its own nation. He said, “Other overseas territories within the United Kingdom are rightly a part of the IOC. The IOC has refused to allow this matter to go to the Court of Arbitration for Sport, it’s preferred to go to the Swiss courts. But if a fair and objective international tribunal was allowed to determine our original application to join the IOC, it would and could only reach one conclusion. This is the same conclusion which the Court of Arbitration reached in respect of our application to join FIFA.”

Whilst Gibraltar is far from the only place to take issue with the IOC’s rulings, it is a good example of the complexity that the Committee faces when deciding which areas should be allowed to compete as their own nations. Gibraltar has rejected the chance to become part of Spain numerous times, including in 2002 when the idea of shared sovereignty between Spain and the United Kingdom was rejected by its residents. No wonder the International Olympic Committee issn’t sure how to treat it.

Previous Post: « Which Countries Have the Worst Record at the Euros?
Next Post: Do Olympic Athletes Get Paid? »