Those that tend to enjoy a bit of a flutter will know full well that the likes of dog racing and horse racing are two popular forms of competition that take place up and down the United Kingdom, as well as in different places around the world. There are other forms of racing too, with pigeon racing being one of the immediate examples that springs to mind. In truth, human nature and the desire to be competitive is such that if something can be raced then there is good chance that it will be being raced somewhere on this mad planet.

If you want proof of that then you need look no further than the world of goat racing, which originated on the island of Tobago. It historically occurred on Easter Tuesday in Trinidad and Tobago, which is the Tuesday after Easter, but has since become something of a global phenomenon. You can watch goat racing in countries, such as the United States of America and Tanzania, with a race also taking place between Oxford and Cambridge in the United Kingdom. The question is, what is it and how does it work as an event?

The History of Goat Racing

In the small seaside village of Buccoo, based on the southwest coast of Tobago in the twin-island republic of Trinidad and Tobago, a Barbadian named Samuel Callendar decided to race goats. This was back in 1925, when horse racing was reserved for the local elite. Poorer people couldn’t get involved with the horse racing, so it made sense to offer an alternative for those less well-off. Goats were common, so Callendar chose to use them and host his event on the day after the horse racing, which was typically held on Easter Monday.

That is why Easter Tuesday became the traditional time to race goats on Tobago, having been chosen by the Buccoo Goat Race Festival Committee, which is a sub-committee of the Buccoo Village Council. They organise the goat races on an annual basis, with the goats following the tradition of horses in having their own names. To begin with, the races were held on Chance Street, but when Chance Street was paved it needed to be moved elsewhere in order to ensure the goats were as comfortable and safe as possible.

As with horse racing, goats are divided into several different classifications. First-time runners go into the C1 category, whilst runners that took place the year before are classed as C2. If a goat has run for two years then they are B class, with goats that are more experienced being put into the A class. This is how things are done in Tobago at any rate, with the goats being paraded through the streets before the event gets underway. There is also an opening ceremony, usually overseen by a local dignitary and enjoyed by all in attendance.

After all of this, the goats are put into their starting boxes and, much like in horse racing, some can cause trouble. The goats are all sponsored by local companies in Tobago, whilst people tend to scream and shout to encourage their favourites. In the Tobago goat racing, people are allowed to place bets on their favourite goats, though it is fair to say that you’re unlikely to get the odds on the website of your favourite bookmaker. The key thing to realise is that the race itself isn’t very long, usually based over about 100 yards. 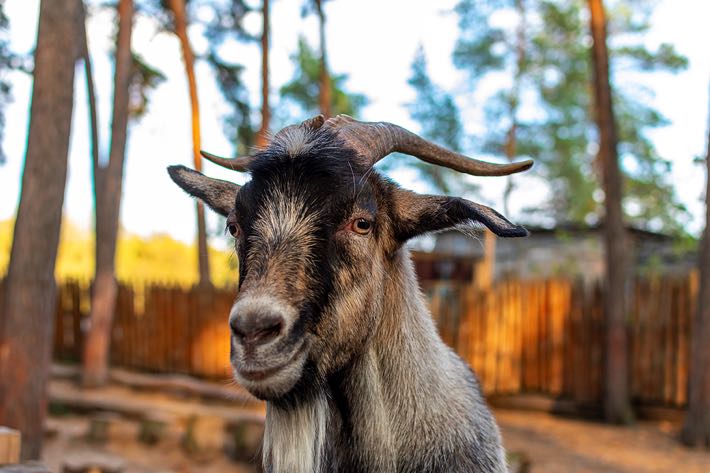 As you might imagine, the goats need to be able to cope with the stresses of the day. Their personalities are as relevant to their ability to be successful as each goat’s fitness is. Given the parade through the town and the screaming and shouting of spectators, if a goat is a bit nervous then they are unlikely to be able to cope with what takes place throughout the day. It is generally thought that billy goats, which are the males, are more suitable for the racing, which is mainly because they live longer and can race several times in their lives.

Conversely, nanny goats, which are the females, are faster runners and are therefore better choices purely in terms of trying to win. A racing goat that is given proper training and follows a strict diet will be able to live for around 13 years. This is why the male goats are preferred, because such a prolonged period of racing life means that they don’t need to be constantly re-trained to cope with the vigours of the racing. It is a little tortoise and hare, with intelligence and experience preferred over pure speed.

In the strictest sense of the word, there are no jockeys. That is to say, nobody sits on the goat and rides it during the race. Instead, someone runs alongside the goat, keeping hold of the rope that has been tired around the goat’s neck. Jockeys must be fit, given that they need two keep up with the goat as the goat is not allowed to outrun its jockey. If it does so then the goat will be disqualified from the race, which is obviously far from ideal. The jockeys run barefoot and train in order to improve their speed, endurance and strength.

As with any race, sensible jockeys will warm-up before the race gets underway. They will do stretching and exercises as well as sprint starts. Experienced jockeys will check out the course before the race gets underway in order to identify any irregularities in it. This allows them to steer their goat away from these parts of the course and keep them on the most well-measured parts of it, increasing their chance of getting a good speed up and winning the contest. Prizes are given out for the winning goats in each category.

Training of the Goats & Jockeys

There are specific characteristics that are looked for in successful participants in a goat race. The most important are speed, endurance and strength. The speed and strength of the goats are developed during the two months prior to the race. This happens thanks to a trainer putting rope around the goat’s neck and encouraging it to walk progressively faster. This will carry on until the goat is running either alongside or slightly ahead of the trainer, proving that it has developed well enough to take part in the race.

It is not uncommon for trainers to work with the goats in water, with swimming leading to an increase in muscle mass and strength. Alongside this, the goat’s diet tends to be regulated carefully so as to ensure that they are able to hit peak performance by the race day. Training will often take place on pasture land or even beaches, which allows the goat to learn how to run on a difficult surface so that it can then take part in the race and things will seem much easier for it. The steeds, as the racing goats are known, have owners and trainers, much like their horse equivalents.

Though Tobago is unquestionably the goat racing capital of the world, it is not the only place where the action takes place. It has the oldest goat race, which also makes it the longest running, but other locations around the world have since added their own twist to proceedings:

If you wanted confirmation of the link between goat racing and horse racing then you perhaps need look no further than Uganda’s Royal Ascot Goat Race. It evolved from the idea of a pig race, held in Zimbabwe, which was launched by a local horse breeder who didn’t have enough room on his property for a horse race. Entebbe Sailing Club in Uganda decided that that would be a good way to raise money, but chose to replace pigs with goats for the race that took place on the grounds of the Kampala Rugby Club.

This was in 1993, but within five years it had grown from the 400 or so people in attendance to the point that it needed to move to a new venue. By 2005, the race was attracting more than 7,000 spectators and raised in excess of ten million Ugandan shilling. The race began to grow in size as well as scale, evolving into a whole day event that was modelled after the Royal Ascot horse race that it took the name of. Instead of being run with rope, ‘jockeys’ push a padded vertical barrier to encourage the goats along.

The winning goat’s owner receives more than 30 million Ugandan shilling, though the race day is as much about what takes place off the course as what goes on on it. There are prizes awarded to the best dressed couple, woman, man and child, as well as to the person wearing the day’s most extravagant hat. The goat with the best name also wins a prize. The goats are paraded around the track before the race, giving those in attendance the chance to check out which ones are likely to win and place a bet on them accordingly.

Not to be outdone by Uganda, Tanzania launched its own goat race in 2001. It was done in order to raise money for charities that were based locally, with the Dar es Salaam Charity Goat Races having raised more than 600 million Tanzanian shilling since its launch. The day is structured similarly to the Ugandan Royal Ascot Goat Race, in the sense that the jockeys hold padded horizontal barriers in order to keep the goats on the track. There are also prizes on offer for the best dressed people, best hat and best goat name.

In 2015, the seventh annual Oxford and Cambridge goat race took place. It saw two goats, which were named after the prestigious universities, go head-to-head at East London’s Spitalfields City Farm. Spitalfields City Farm is a registered charity, with all proceeds from the race going to the food bill for the year. There are also stalls set up to sell food and craft items. The goats themselves are adorned in the colours of their respective universities and move at their own pace, being led by a bucket of food.

In the United States of America, there are essentially two locations where goat racing takes place, though both are in the same state. The oldest of the two is the Running Of The Goats in Falmouth, Pennsylvania, which took place for the first time in 1979. Organised by the Falmouth Civic Association, the day is about so much more than just the goat race. Alongside the goat-based activities, there are food stalls that people can buy any number of interesting products from, as well as a craft fair.

Elsewhere in the same state, Phoenixville hosts the Sly Fox Bock Festival & Goat Race. It takes place at the Sly Fox Brewhouse & Eatery, which is located in Pikeland Village Square. Owned by the Sly Fox Brewery, the venue welcomes the goats and jockeys on the first Sunday of May. It has evolved from a single race into numerous different races, with the final race of the day pitting all of the previous runners against one another. The winner gets a gift card for the Sly Fox Brewhouse and Eatery, with spectators enjoying German food and drink throughout the day.

Previous Post: « Weirdest Publicity Stunts Done by the Bookies
Next Post: Ostrich Racing Is a Real Thing… Here’s How it Works »