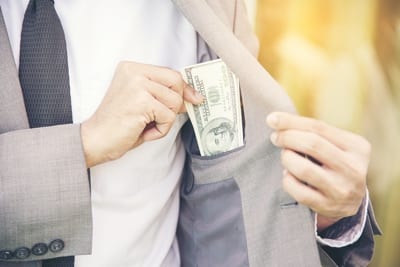 It’s something of a moral conundrum, isn’t it? If you had information that you could win money from a bet with, would you use it to your advantage? Say you lived next doors to a footballer and found out from them that they’d been sold to another club, would you pop down to your bookies or log into your online account and have a wager on the move happening? Or, maybe you’d been told by a reality TV contestant that you’re related to that they won a TV show that they’d been taking part in before the bookmakers had closed the market; would it be ok for you to stick a tenner on that outcome?

There are rules in place to stop people from taking advantage of these sort of situations, with the people involved banned from making money with insider information, but where is the line drawn? If you overhear a sportsperson saying they’re going to move to another club when you’re out in the supermarket, does this mean you’d be guilty of insider betting if you had a little wager on them doing just that? Are there any famous examples that we can look at to help us define what it is that we’re talking about? Is this is a different topic to the likes of match fixing, which is very definitively against the rules and has seen people’s careers ruined?

What Is Insider Betting?

In the United Kingdom the Gambling Commission has outlined very specific rules on the matter, referring to it as ‘misuse of information’. To make things at least mildly complicated as far as we’re concerned is the fact that the UKGC judge each and every incident on a case by case basis, using the rules for the misuse of information as a guideline. That’s as it should be, of course, given that not doing so could lead to complex cases being judged in far too black and white a manner, but it’s just something to bear in mind when thinking about what it all means.

The Gambling Commission has its own set of definitions in place for cases when there isn’t a definition outlined by the contract of the relevant parties in terms of whether it would be classed as insider information, which are as follows:

All of the above is related to information that is not within the public domain, with the UKGC offering examples of the sort of things they’re talking about. In the case of whether or not a person or a team is going to participate in an event it’s relevant if the expectation of the public is that they will appear in said event or competition. Perhaps it hasn’t been revealed that a celebrity will take part in a TV show, for example.

Knowledge that a participant may underperform in a match or event is considered to be proprietary knowledge, as the information that they’re carrying an injury that might influence their ability to perform at the top of their game. In terms of the performance in an event within an event, this includes the likes of a player being booked or giving away a certain amount of throw-ins that those betting can know about in advance.

The final one on the list is regarding a non-sporting event and includes things like a manager leaving the club, a presenter being given a TV job or somebody winning a competition. Betting companies are encouraged to address the misuse of such information and to disrupt bettors from taking advantage of such info whenever they can.

The simplest way of thinking about inside information when it comes to betting is that it is any information that is not publicly available. If you only have that information because you or someone that you know is involved in the thing that you’re betting on then you’re not at liberty to place a bet fairly because someone random down the pub wouldn’t have the same knowledge as you do.

We mentioned in the introduction the key question as to where, exactly, the line is drawn. Thankfully that is also something that the Gambling Commission have had a look at and the following table should tell you what you need to know:

Now that we have a better idea of what exactly constitutes inside betting and how it can be manipulated for the advantage of the bettor, it’s worth having a look at some specific examples of when that has happened in real life.

Few events are as prone to being taken advantage of by bettors as reality TV, given that the public are often responsible for making the decisions about the contestants and that information has to be collated. That is exactly what happened back in 2005 when police investigated a betting ring that was making tens of thousands of pounds thanks to being given information ahead of time by someone believed to be working for the telephone company BT.

They placed bets on events, such as Strictly Come Dancing, The X Factor and I’m a Celebrity…Get Me Out of Here, all of which had phone lines for results that were operated by BT. The group first started placing bets on the result of the BBC Sports Personality of the Year awards in 2004 and were eventually discovered because all of their bets were placed late in the day and came from the same computers.

Despite one member of the group working for BT, they denied any criminality and one of the members claimed that he was just ‘lucky’ because he watched so much TV and could sense the way the voting was likely to go. They waked away with more than £60,000 in winnings, whilst another £45,000 or so was frozen before it could be withdrawn.

It seems that the reality TV world didn’t learn its lesson from the 2005 incident when a similar situation was unveiled in 2011, this time involving workers for Virgin. It came to light that people operating the phones placed £16,000 worth of bets each week, using their access to the voting pattern information to help them win their wagers.

The bets were placed on Betfair, using the company’s exchange betting system that allows bettors to wagers against each other with the bookmaker taking a small commission. It was believed that around one hundred punters were affected by the scam and were likely to be compensated as a result of it. That is because the Gambling Commission issued what is referred to as a ‘voiding order’ that allows customers to seek redress for their losses legally.

Whilst Ofcom confirmed that no outcome of the TV show itself had been affected, the Gambling Commission felt that those on the losing side of the bets were unfortunate as they were up against people who had more information than they did. Those found guilty of the offences were at risk of facing legal action, as well as losing their jobs.

The Footballer Who Bet on His Own Transfer 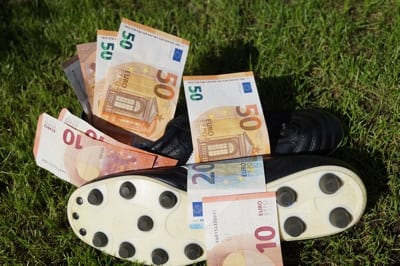 Football has long been a sport that has had a difficult relationship with gambling, as we’ve written about elsewhere on these pages. From players that got themselves into hundreds of thousands of pounds worth of debt to others that have placed wagers on the outcome of their matches, the sport’s governing body has had to battle with those that have had problematic relationships with the hobby.

Never has that been more obvious than in the case of the England player who bet on his own transfer for a £5,000 win. The case came to light in 2017 and the footballer’s identity was never revealed, with the information being revealed by a bookmaking insider. It was said that the accused had stood to win just £5,000 if the bet had been allowed to stand, putting their own career at risk for such a small amount.

The bet was obviously voided and reported to the Gambling Commission, resulting in his account being closed. However he was able to open up another one relatively easily and went on to bet £40,000 on roulette according to the industry insider. A lot of the information came to the fore after Joey Barton admitted placing more than thousand bets on football matches, which the insider claimed was ‘typical’ of footballers.

The Chief Executive of GambleAware, Marc Etches, said at the time that young men are vulnerable to such instances and professional sport is dominated by them, so more should be done to offer them help and protection. It is something that the industry continues to struggle with and is unlikely to find any respite from, with the likes of Paul Merson, Keith Gillespie and Matthew Etherington losing millions to gambling over the years.

Previous Post: « What Happened To All Of The Dog Tracks in London?
Next Post: Celebrity Racehorse Owners (And How Much It Costs Them) »