Elsewhere on this site you can read about which countries don’t take part in the Olympics and the reasons that they choose not to. For the athletes of those countries, the decision not to take part is a heart-breaking one, given the manner in which the ‘Greatest Show On Earth’ is considered to be the pinnacle of an athlete’s career. For many years, the Olympics was considered to be an event for amateurs, meaning they didn’t get paid.

That has changed in more recent times, though the decision to pay the participants and the amount that they get paid is an individual choice for the countries concerned. As you might imagine, it’s a somewhat complex topic that is far from easy to explain. In the one sense, they don’t get paid because they’re not given money by the International Olympic Committee, but in another sense some do get money from their countries.

In the majority of cases, it’s entirely fair to point out that money is not a driving factor for an athlete taking part in the Olympic Games. Whereas footballers at the top level are paid hundreds of thousands of pounds on a weekly basis, most athletes would struggle to earn such a figure in a lifetime. They don’t necessarily do it for that reason, however, and instead simply want to be the best in the world at what they do.

In the onion of a British Olympic Association spokesperson ahead of the Games in 2016, ‘financial rewards do not significantly impact the motivation of an athlete to reach the Olympic podium’. As a result, Team GB athletes do not earn money for their success in the Olympics, but may be paid something in order to allow them to train. It’s common for Team GB’s athletes to not have to pay for their training, for example, depending on their discipline. 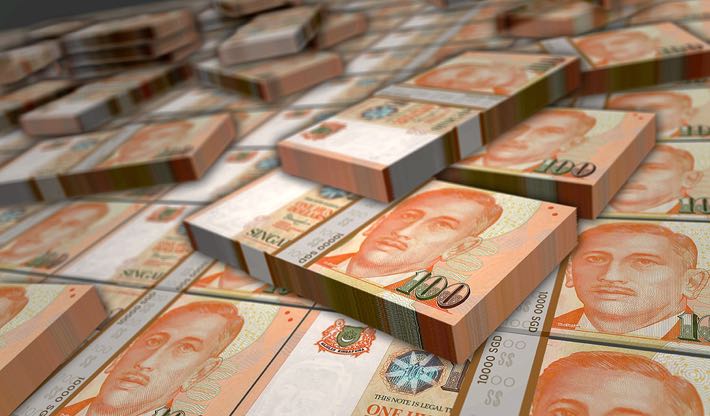 Whilst Olympians from some countries may not be paid anything for winning a gold medal, other nations decide to offer a financial reward to those athletes that bring home a gold medal. This differs from country to country and is obviously tricky to explain for all 206 competing nations, so here’s a look at what we do know at the time of writing:

It is probably not outrageous to suggest that some countries can promise their Olympians such high payouts because they know that they’re unlikely to actually win. Even so, a talented athlete that is offered citizenship from the United Kingdom and Singapore would definitely be sensible to consider opting for the latter, given that they will earn at least £140,000 if they make it onto the podium in their discipline.

Other Things to Think About

Some countries will supplement the payment of their athletes with things other than cash. It’s not uncommon for German medal winners to be given a lifetime’s supply of beer, for example, whilst those in South Korea earn themselves a military exemption in addition to their Olympic medal. Belarusians are given unlimited sausages and Russian medal winners received luxury cars in the wake of the Winter Olympics in Sochi in 2014.

Some Olympians will look to sell their medals online, making as much as £450 for gold medals. Bronze ones have little to no value, but silver ones are worth around £300. Whilst successful athletes from the United States of America do receive a payout, they are taxed on that money so won’t see all that much of it. This is made up for by the fact that some of the US’s sporting organisations do have funding to pay for their training.

Perhaps the number one form of income for athletes comes in the form of any endorsements that they can get themselves signed up for. Michael Phelps, for example, apparently only earned in the region of £380,000 from his medal winning. Whilst that is far from a disappointing amount, it doesn’t explain how he’s worth more than £40 million. Instead, that money comes from the endorsements and sponsorships that he’s received.

The world’s best athletes are high profile figures, so it makes sense for companies to use them to sell their wares. Someone might well buy the trainers that Usain Bolt ran in, say, forgetting that it’s more than just trainers that made Bolt one of the fastest people on the planet. The selling companies don’t care, of course, and neither does Bolt. He might not earn much from winning a medal, but he’ll earn plenty in endorsement fees.

The final thing worth pointing out is that the vast majority of athletes take part in competitions all around the world. Many of these competitions will have their own prize money associated with them, meaning that they can earn a degree of money by winning them, or at least enjoying some success in them. The prize money is unlikely to be huge, but will at least offer a supplementary income.

That being said, ahead of the Summer Olympics in 2012, American athletes took part in a study for Forbes magazine and it was revealed that half of the athletes that were considered to be high ranking in their discipline only earned about $15,000 from all of their sources of income. It’s fair to say, then, that love of the sport will be the major driving factor for most Olympians hoping to take part in the Games.

Previous Post: « Which Countries Don’t Participate in the Olympics?
Next Post: What Happened to the Ritz Club Casino? »