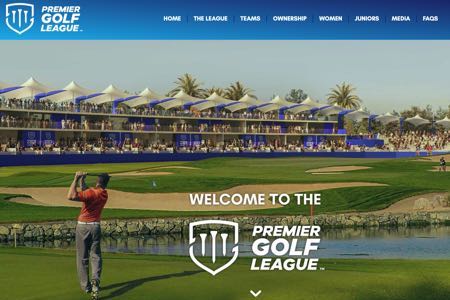 Sports like football and rugby natural lend themselves to competitions that involve fans in a passionate and meaningful way. The fact that people can select a team to support and follow them throughout a season means that support us naturally gained. This, in turn, allows for money to be made from kit sales, memorabilia and other forms of marketing. Other sports, meanwhile, lack this natural way of tapping in to those that love it.

As a result, such sports have begun to seek ways of making them more appealing to the wider public. Whether it be the Hundred in cricket or the Racing League in horse racing, there is an ever-increasing desire to make certain sports more accessible. Now it is golf’s turn to go down the road of appealing to the wider audience, with the imminent launch of the Premier Golf League an attempt to do just that. The question is, what is it?

Why the Need for a New Competition?

We’re getting a few questions about how the PGL affects the rest of the game. A more entertaining format that generates more attention and revenue will benefit everyone for all is a good start. pic.twitter.com/44c7yRJ29c

The first question that many people will ask is why, exactly, it is felt by some that there needs to be a new competition in golf. The answer you will receive will depend entirely upon who it is that you’re speaking to, with supporters of the Premier Golf League pointing to the fact that it would add structure to golf as a sport that it is currently lacking. The idea is that it would do for golf ‘what the Premier League did for football’.

Andy Gardiner, the Chief Executive of the Premier Golf League, spoke about how the launch of the new competition would be ‘in the best interests of the game long-term’. He pointed out that the world rankings currently recognises ‘around 20 professional tours’ on the men’s side of the game alone, which generate ‘around 500 events a year between them.’ Though he admits it’s a ‘very robust pyramid’, he feels that ‘not all tours are equal’. In Gardiner’s opinion, the pyramid of golf has never been ‘fully formed’, meaning that there is room in the sport for a competition to come in and take its place at the top of the pyramid, adding more structure. He said,

I think if you put the PGL as the top of the pyramid in golf, a similar effect to the Premier League in football takes place where there is greater interest on a global basis, the profile of the sport rises, more eyeballs, more cash. Then it’s about how you distribute that through the pyramid.

It’s Not the Only Such Competition Being Mooted

In May of 2021, proposals for a Saudi-backed new competition called the Super Golf League became public knowledge, with some of the sport’s best-known names being offered as much as £50 million to take part in it. It led to the Chief Executive of the PGA of America to urge golfers to be ‘mindful’ of getting involved, saying that ‘some money is better than other money’ in terms of what they would be getting paid to be part of it.

The news leaked just before the US PGA Championship was due to get underway, causing a distraction for some of the people being linked with joining the new tournament. For his part, Seth Waugh wasn’t sure what the new league was aiming to fix. He said,

I don’t think anything is hugely broken. So I’m not sure what the solve is for totally, other than an outside body trying to disrupt and get into the game in a way that I don’t think is in the best interest or long-term interest of the game.

What the Players Think

There has been a mixed response to the possible launch of a new-look league for golf. Lee Westwood admitted that for him, entering the twilight of his career, the chance of earning such sums of money as are being offered might be too much to resist. He said,

If somebody stood here and offered me £50m to play golf when I’m 48, it’s a no-brainer. They’ve got a lot of money and they’ve come out and sent a few shock waves about and people feel threatened.

Rory McIlroy, on the other hand, has been consistent in his opposition to such a competition entering the world of golf. He believes that it is little short of a ‘money grab’ and compared it to the aborted attempt to launch the European Super League in football. He said,

I’m playing this game to try to cement my place in history and my legacy and to win major championships and to win the biggest tournaments in the world.

McIlroy was also keen to point out that he thinks that the structure in place in golf at the moment is as good as it can get, which flies in the face of those believing that a new league is needed to take golf to the next level. Other golfers have come down somewhere in the middle, with Bryson DeChambeau admitting that he would consider taking part but that he was not willing to be at the forefront of joining a new circuit.

How the PGA Has Reacted

Perhaps somewhat unsurprisingly, the PGA has reacted angrily to the threats that it is facing from both the Super Golf League and the Premier Golf League. It quickly announced that any players looking to sign up to a breakaway league could be given a heavy fine and even be suspended from the PGA Tour. In fact, there was a threat that players who left to join the Super Golf League could face a lifetime ban from the sport.

Part of the reason why the PGA is keen to nip the idea in the bud is that the events planned by either super league would not meet the requirements needed to make them eligible to receive ranking points. Rankings are used to see which players will qualify for the likes of the Olympic Games and the major championships that rule the golfing season, with tournaments needing ‘at least 75 players’ to have world ranking points apply.

The Premier Golf League, which is backed by a British-based consortium rather than the Saudi one the is behind the Golf Super League, would boast a season that is similar in its nature to Formula One. There would be 48 players, who would play 18 events of three rounds apiece, with both individual and team formats. Players would earn points depending on their finishing position in each of the events.

As in Formula One, there would be a player’s championship and a team championship, which would take shape as the season progressed. There would also be a Junior PGL running alongside it, which would act as something of a feeder league into the main event. There would be shotgun starts over the first two rounds, with tours taking in the United States of America, Europe, Asia and Australia.

Could There Be a Compromise?

Andy Gardiner has worked hard since the announcement of the Premier Golf League to position himself as a facilitator rather than an agitator. He wants to have a consultation with the European Tour and the PGA Tour in order to position the PGL as something that would benefit them, rather than challenge them. Indeed, it is Gardiner’s hope that they can be ‘part of the ownership structure’ of the new league when it launches.

Gardiner knows that the Premier Golf League will need to bring ‘eight to ten’ of the top 12 to 15 golfers on board if it is to be a success, but is confident that it can be just that. He talked of offering the European Tour and PGA Tour ‘a purse contribution that goes to support either or both’, believing that money will solve all of the potential problems thrown up by a new competition being launched in the world of golf.

The new competition’s Chief Executive also pointed to the fact that the PGA Tour was itself a breakaway from golf’s traditional powerhouse, the PGA of America. He said,

You have collective strength in the way Jack [Nicklaus] and Arnie [Palmer] and others did back in 1968. I’m sure it wasn’t an easy decision for them to break away from the PGA of America to create the PGA Tour, which is of course the precedent for the PGL.

He is of the belief that ‘sense will prevail’, with the ‘nature of what we have to share’ being attractive enough to win over the PGA. Perhaps the more important point is that the PGL is, as far as Gardiner is concerned, here to stay. Speaking about whether an agreement will be reached, he said, “If it’s not, the door has always been open and actually we’ve taken it off the hinge now. And we’re not putting it back. We’ll never stop.” 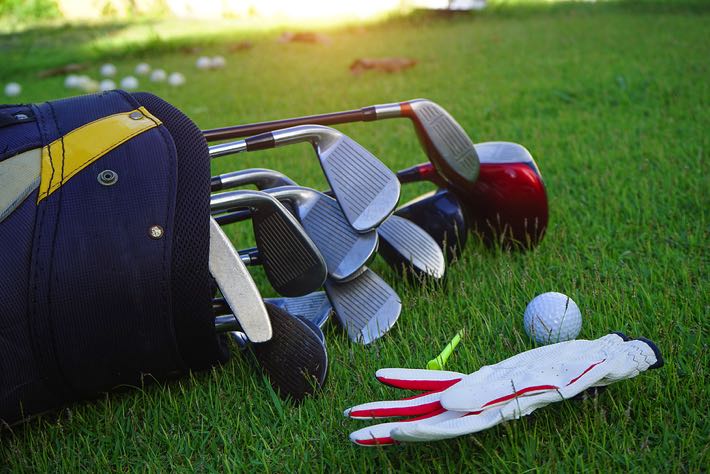 There are certainly some in the world of golf that believe that the launch of a rogue league might well prove to be beneficial to the sport in the long-term. There have often been conversations about a rival to the PGA Tour, with many feeling that such breakaway leagues have proven to be beneficial to the incumbent competition when it has happened in other sports around the world.

Supporters of the idea of a new league point to the fact that many of the American sporting institutions operate today in a manner that wouldn’t have happened without rival leagues showing them the way. The American Basketball Association was the one to introduce the three-point line, for example, as well as early draft eligibility that are both part of the modern day National Basketball Association.

Then there’s the fact that the United States Football League brought in two-point conversions, replay reviews and huge salaries that are now everyday parts of the NFL. Indeed, it is the ‘huge salaries’ part of the conversation that the Premier Golf League seems to be hanging its hat on. At the time of writing, the plan is for each event to have a $10 million purse, of which $2 million would go to the winner.

With each season also having a $10 million bonus attached for the best player, it means that as much as $50 million could be on the line for golfers every year. Rory McIlroy was the PGA Tour’s leading earner in 2019 and he took home $7.79 million, in addition to a $15 million FedEx Cup bonus and $1.5 million for finishing second in the Wyndham Rewards competition. In other words, the PGL could have doubled his earnings.

At this stage, there’s no knowing whether the Premier Golf League will actually get off the ground. What some in golf will be hoping, however, is that the very threat of it is enough to mean that the PGA Tour begins to have a look at how it is currently structured. Greg Norman once shared a vision of a world golf tour in 1994, yet it is more than 20 years later and it still has happened. Does that mean it never will, or just that the right people weren’t behind it?

Previous Post: « A Complete History of the WSOP
Next Post: Who Are BK8 & Why Did Norwich City End Their Sponsorship Deal After Just Three Days? »