Often referred to as ‘The Greatest Show On Earth’, the Olympics is split into both Summer and Winter sports. When it was first created, the idea behind the Olympics was that it would be limited to amateurs in each sport, with professionals not allowed to take part. That is no longer the case, but the idea still lingers in the minds of some that the fact that it was for amateurs means that you’re not allowed to bet on it.

That is, of course, completely false and there’s no problem whatsoever with betting on either the summer or the winter Olympics. Indeed, both forms of the Olympics feature so many different sports to choose from that it can a bettor’s dream to get involved in having a wager or two. Add to that the fact that some bookmakers might not know much about certain sports and you can see why it can be such an appealing activity.

Betting on the Olympics Is Fine

The idea of not allowing professionalism in the Olympics was taken so seriously that Jim Thorpe was stripped of the Gold medals that he’d won on the track in 1912 when it later transpired that he’d been paid for playing minor league baseball years before. Though they were later re-awarded posthumously, it remains the case that Thorpe was paid to take part in a sport during his youth meant he was not considered a true Olympian.

Bookmakers would not offer markets on amateur events in the past, not because they weren’t allowed to do so but because they simply didn’t know the markets well enough. They would shy away from offering odds on something that someone else could know more than them on, so the Olympics would often not be found on the sportsbooks of many burgeoning bookies. It was only once the idea on professionalism began to alter that that changed.

It happened in the 1980s, which was when the International Olympic Committee’s stance on amateurism began to be relaxed. Both the International Soccer Federation and the International Tennis Federation eased their own rules on amateurs being part of a country’s Olympics team for the 1984 iteration, which meant that it wasn’t long before the floodgates began to open on the majority of sports that took place during future Olympics.

Even now, the rules differ from sport to sport in terms of whether amateurs are allowed to take part, though that is mainly down to clashes of calendars rather than any big moral decision. Regardless, the longer the Olympics have taken place for, the more events bookmakers have started to cover. This is at least partly because they know the sports better when there are professionals involved, so they’re happier to offer markets.

Not All Markets Will Be Offered 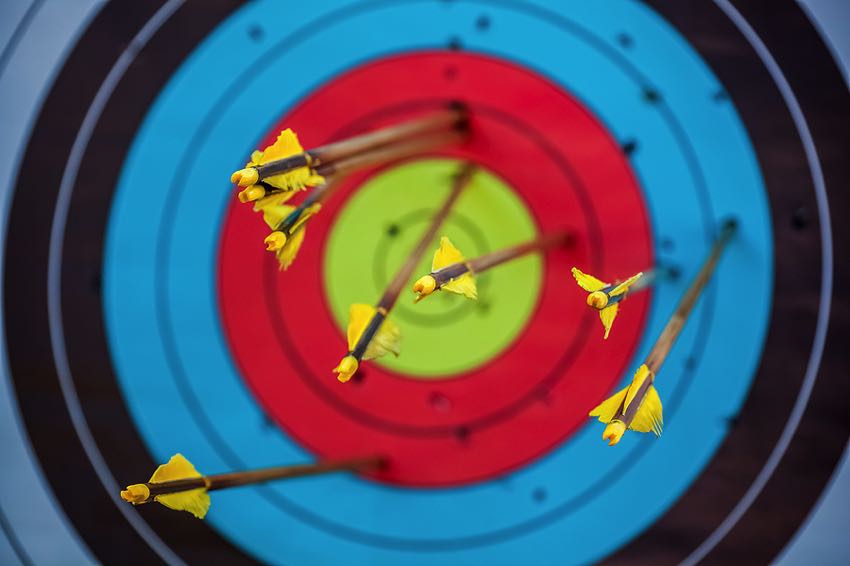 Though betting on the Olympics is entirely legal, you might find that not all bookmakers will offer odds on all available markets. During the 2016 Summer Olympics, for example, gamblers in Las Vegas were reluctant to bet on many events, despite it being legal to do so in the country for the first time in nearly 20 years. There are many reasons why that might have been the case, with one of them being that the bookies weren’t offering odds.

The simple truth is that bookmakers acknowledge that there’s loads that they don’t know when it comes to the various Olympic sports. There are just far too many of them for bookies to feel as though they’ve got a good grip on the markets, so they will either not offer bets or else limit possible stakes to such an extent that placing the bets will feel a bit pointless to many potential punters.

There’s also the fact that American sports stars are just too good, meaning that there’s little value in betting on them in the Olympics. Ahead of Brady Ellison’s archery matchup against Ali El Ghrari in 2016, for example, the odds on the Libyan were 25/1 compared to the 1,000/1 you’d get on the American. Not many people are going to want to bet £1,000 to get £1 back, regardless of how rich they are.

The archery is just one example of a sport in which one competitor far outweighs another in terms of odds, with the problem found across numerous different Olympic events. How many people are going to want to invest such huge amounts of money for such a relatively small return, especially when they might not know the sport all that well themselves. It’s the constant battle that punters have to fight over the Olympics.

What to Think About When Betting on the Olympics

If you’re determined to place a wager or two on the Olympics now that you know that it is legal to do so, there are a number of things that you can do to offer yourself the best chance of getting a solid return on your investment. We’ll look at those things in more detail here:

Bet on Sports You Know

It sounds basic, but it’s surprising how many people choose to go off the reservation when the Olympics roll around. The allure of random sports like badminton, artistic swimming and Greco-Roman wrestling is just too much for some to resist. Whilst the sports themselves might be fun to watch and you will feel as if you’re an expert after watching them for just a couple of sessions, they’re never as simple as they appear.

The best thing that you can do is to enjoy the sports that you’ve never heard of as a casual viewer, saving your serious betting until you’ve found a sport that you actually know quite well. It’s not like there’ll be a shortage of such sports either, with the likes of football, tennis and boxing all popular Summer Olympic sports. When you begin betting on them you’ll soon realise that you know them much better than the wrestling.

Perhaps you have a favourite sport that you watch religiously each time the Olympics roll around, having to explain to your partner why it is that you’re such an expert in beach volleyball. Even so, if you’re only watching said sport every four years and not really keeping up with what is happening in between Olympics then the reality is that you’re not as well placed to have a few bets as when you’re watching the Premier League unfold.

That doesn’t mean that you can’t bet on other sports, of course. As with virtually everything that is out there, the more research you do the better placed you’ll be to have a wager and be relatively confident in the outcome. Consequently, the earlier you start following a sport, the more likely it is that you’ll know what you like about it and what bets you want to place on it before it rolls around.

Look at Past Events That Can Tell You Things

Previous iterations of the Olympics are always the best place to start when it comes to doing some research about possible bets you want to place. Water polo teams are likely to be relatively unchanged from one year to the next, so checking who is in which team and what Olympics experience they have will put you in a good place for betting on them. That’s the sort of research that can prove invaluable when it’s your time to place a wager.

Away from the Olympics, the World Championships can be another good place to look. That is especially the case when it comes to betting on athletics, such is the extent to which track and field athletes aim to be at their peak for the two major tournaments. It will also give you a solid sense of the form of the athletes in question, though you’ll want to make sure that you check out any other events they’ve taken part in for that, too.

Whatever sport you’re planning on betting on, find out what the major competitions are away from the Olympics. Is there a major dressage event during the year before the Olympics that you can find out about, for example? What is the most prestigious international table tennis tournament? How often do Taekwondo experts get the chance to show off their skills? Find out and discover which athletes are performing the best.

Make Sure That You Listen to the Experts

The more random a sport is, the more likely it is that former participants will earn themselves media jobs in the build-up to the Olympics. If there’s one thing that media organisations don’t want to be then it’s in the dark over something. They will do what they can to get informed about what is happening in the lesser known sports, so you can glean a huge amount of information about them if you know where to look.

Remember: it’s likely that bookmakers will be as in the dark about some sports as you are. That means that bettors that are willing to go above and beyond in their quest for research will be in a position to take advantage of any mispricing that a bookie has been guilty of. Listening to experts in sports is the first place to start, especially when combined with your own research into prior tournaments that have taken place.

Research doesn’t just include looking at specifics sports, either. Each country will have a good idea of how many medals it expects to win, so you can start by looking at where the newspapers think each country is at in the various sports they’re entering athletes into. If Great Britain & Northern Ireland expect to do well in the sailing, for example, then make sure you find out why and which disciplines they should exceed in.

Can You Master the Niche Markets?

Every time the Olympics roll around, there are a number of niche markets that crop up with numerous different bookmakers. Whether it be something like the Over / Under on the medals market or any number of props bets that crop up from time to time, the reality is that there’s money to be made for people that can truly get to grips with the various niche markets that rear their heads in an Olympic year.

With more than 10,o00 athletes competing in 30 sports during the length of the Olympic Games, there are obviously going to be more than a few areas that the bookmakers just can’t cover as well as they do the mainstream sports. Being the sort of person that can identify such markets and do enough research to ensure that you can be relatively confident of finding a winning bet could be crucial to ensuring you’re in the black.

We know, now, that it is perfectly legal to bet on the Olympics. Whether it be the Summer or the Winter iteration of the Greatest Show on Earth, those of us that do our research ahead of time and continue to update what we’ve learnt once events get underway will be best-placed to take the fight to the bookmakers. There are plenty of markets there to be exploited, if only we ensure we know what we’re looking for.

Previous Post: « What Is Wheel Bias in Roulette?
Next Post: Weird Sports at the Olympics: From Pistol Duelling to Solo Synchronised Swimming »