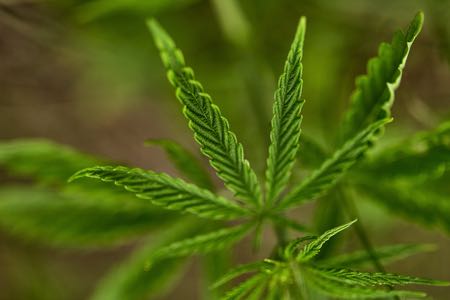 Everyone who believes in fairness understands why certain drugs and substances are banned for sportspeople. Anything that might enhance a performance is clearly unfair, giving the user an advantage over a participant that decides against the use of such a thing. The sporting world reacted with shock when it emerged that Lance Armstrong’s achievements on the back of a bike had been aided by the use of such substances, for example. He was meant to be one of the best in the world, but he’d cheated to be so.

When it comes to cannabis, on the other hand, fewer people are able to understand why it is, exactly, that the use of it has been banned. Unless the sport in question is a competitive listening to a Bob Marley album, surely it is unlikely to enhance anyone’s performance in any sort of meaningful way? That is the thought of many, yet it remains a substance that someone will be disqualified for using if it is found to be in their system during a mandatory substance. Here we’ll look at why that is the case for most sports.

The World Anti-Doping Agency was formed in November 1999 as a direct reaction to the doping scandal of the previous year’s Tour de France. That came about when the masseur of one of the teams that was due to take place in the Tour, Team Festina, was stopped at the Belgian border with a car full of syringes and numerous controlled substances. When the team’s headquarters were raided, a document was discovered that outlined a systemic drugs programme for the team’s riders, aimed at keeping them at the top.

As the Tour continued, minus the riders from the Festina team, several more teams were discovered to have been involved in similar such doping systems. The problem was that none of the drugs being used showed up in anti-doping techniques in play at the time, hence the requirement to create a better body to look at the issues of doping. That body ended up being WADA, which declares itself to have a ‘mission to lead a collaborative worldwide movement for doping-free sport’, acting as an independent body to do so.

WADA created a Code, which is a core document that offers a framework for anti-doping policies in sport. The idea is that is should harmonise anti-doping policies, rules and regulations across sports organisations, working in conjunction with international standards. It offers a prohibited list, which outlines the substances that are not allowed to be used in sport and will be tested for on a regular basis. The only exception to this is when it comes to Therapeutic Use Exemptions, which allows the use of certain drugs.

The only exception to the cannabinoids rule comes in the form of Cannabidiol. It is worth noting that, unlike with some other drugs, there are no sports in which that ban on cannabis is not the case.

Why Was It Banned? 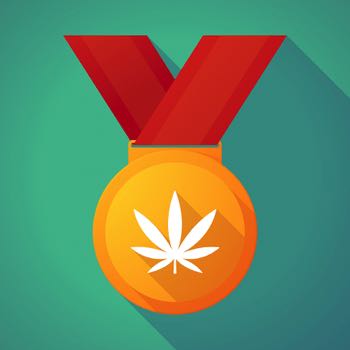 Given the fact that few people would ever refer to cannabis as a performance enhancing drug, the obvious question to ask is why its use was even banned in the first-place. At the Summer Olympics in Tokyo in 2021, the United States of America’s sprinter Sha’Carri Richardson was banned because she had tested positive for the substance at a time when it had been legalised across many of the country’s states. Richardson was considered to be the sixth-fasted woman of all time, so why was she not allowed to run?

Her positive test came during a qualifying race, which is why she was banned from the Olympics proper. The use of cannabis was included on WADA’s list of banned substances when the organisation released it in 2004, with the World Anti-Doping Agency believed that it met two of the three qualifying criteria. Those criteria are as follows:

Robin Williams once joked that the only way cannabis could be considered performance-enhancing is if there’s a big ‘Hershey bar at the end of the run’, leading many to dispute its inclusion on the second point. In 2011, WADA found criticism of the ban on cannabis worth responding to, so the organisation published a study in the journal Sports Medicine that pointed to the fact that cannabis could reduce anxiety, allowing athletes to ‘better perform under pressure and to alleviate stress experienced before and during competition.’

When WADA came up with the list of banned substances in 2004, cannabis was illegal in most countries around the world. As a result, some believe that the organisation didn’t want to get involved in an argument about social responsibility with various nations. When WADA produced its paper in 2011, marijuana was classed as an illicit drug that, it was felt, went against the ‘spirit of the sport’. It was also felt that using it would mean that the athlete responsible wouldn’t be ‘a role model for young people around the world’.

It was a decision that has lasted, with numerous athletes falling foul of it. In 2009, for example, the Team USA swimmer Michael Phelps was both banned from competition for three months and lost a sponsorship with Kellogg’s when photos of him smoking a joint emerged online. Before Phelps, a US sprinter called John Capel was given a two year ban after he tested positive for a second time, whilst Canadian snowboarder Ross Rebagliati might well have lost his gold medal in the sport if the IOC had had its way.

Views on Cannabis Are Changing

In the decade or so that followed WADA’s decision to print an article about cannabis in a sports journal, attitudes towards the drug have begun to change. Uruguay made it legal to buy and sell cannabis for recreational use in 2012, with Canada making the same decision five years later. Despite its generally quite hard-nosed approach to such things, the United States of America has seen cannabis legalised in a number of states, whilst all of Australia, the Netherlands, Spain and South Africa, it has been decriminalised to some extent.

On top of that, many countries, the United Kingdom included, have begun to allow the use of marijuana for medical purposes. This led to the World Anti-Doping Agency removing cannabidiol from its banned list. This is in spite of the fact that it remains illegal in countries such as Japan, perhaps indicating a shift in thinking around the drug. For Ms Richardson, the reason cannabis was in her system was that she had used it a week before qualifying to help her cope with the death of her mother, offering a sincere apology for doing so. 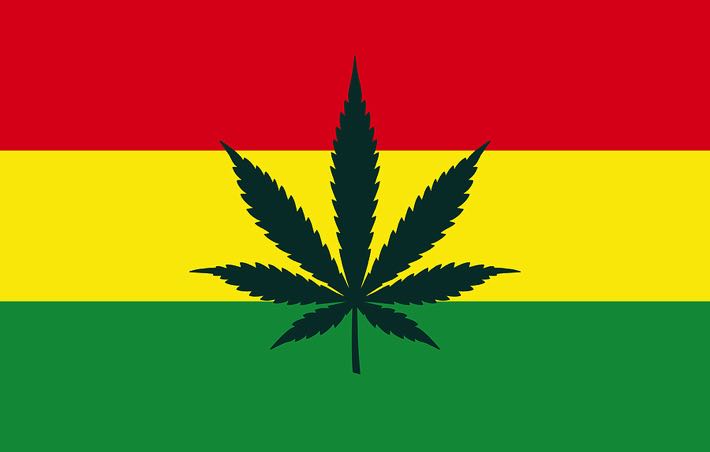 With countries around the world legalising cannabis, at least partially, and many believing that the downsides to using it from a performance point of view far outweigh and benefits that might be provided in the form of removing anxiety, the obvious question is whether WADA will begin to reconsider its position on cannabis. The United States Anti-Doping Agency believes that it’s ‘time to revisit the issue’, whilst US President Joe Biden questioned whether the rules should remain the same moving forwards in the wake of Richardson’s ban.

The United Kingdom’s anti-doping agency states that the use of a CBD product, which is fine for sport on account of the fact that it is a cannabidiol, may be used at the athlete’s own risk. They say,

As a result, CBD products should be considered in the same way as all other dietary supplements. That being, if an athlete did use a CBD Product that led to an Adverse Analytical Finding for THC (or any other prohibited substance), their use of this product would not mitigate their fault.

The UKAD goes on to say that, despite the permitted status of CBD, athletes still have to consider the risk associated with ingesting a CBD product. It is possible, for example, to ingest more THC than is allowed or take in something that contains another cannabinoid that is prohibited. A product could be contaminated with another species of plant, for example, or the wrong part of the cannabis plant could be used during the manufacturing of the product. All of which is to say that some of it is legal, but most of it is not.

Could Help with Injury Recovery

With the legality of certain aspects of cannabis in sports changing, the question then becomes one of degrees. If some of the plant is fine to use, is it just a matter of time until all of it is ok? Perhaps the use of cannabis might help an athlete recover from injury by managing their pain, but is that really such a bad thing that it needs to be banned in its entirety for all athletes across the board? The argument from anti-doping agencies is that any impairment to an athlete during competition can pose a risk to themselves and others.

There can be little doubt that the case of Sha’Carri Richardson sparked debate on the matter. The World Anti-Doping Agency might consider it a performance enhancing drug, but that’s not what scientists think. Indeed, many believe that it acts in the opposite manner and that the research suggests that there is little-to-no difference between cannabis and alcohol when it comes to possible harms. With WADA having a much more relaxed attitude towards booze, many think the same should apply to cannabis.

More Likely “Performance-Detracting Rather than Performance-Enhancing”

A professor of neurobiology at the Columbia University Irving Medical Centre, Margaret Haney, believes that the evidence used by WADA in reaching their decision about cannabis was ‘not impressive at all and almost contradicts what they claim’. A sports psychiatrist and professor at the University of Maryland, David McDuff, backed up this view. He said, “I think the consensus, in the absence of clear-cut information, is that cannabis is more likely to be viewed as performance-detracting rather than performance-enhancing.”

There is little doubt, then, that the tide is changing against cannabis being a banned substance in sport. As a result, the World Anti-Doping Agency formed an advisory group in September of 2021 to look at whether or not it should remain banned, with the review due to take place in 2022. It means that marijuana will remained for the foreseeable, but that there might just be a change in the rules around it in the coming years. It won’t help Richardson, but it might help other athletes in the future of sport.

Previous Post: « Could We See Mandatory Loss Limits for Gambling in the UK?
Next Post: Lottery Taxes Around the World: Which Countries Take a Slice of the Jackpot? »