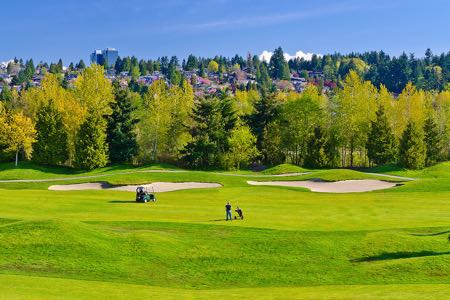 On the face of it, there are few sports that have as many confusing rules as golf. The sport itself is relatively simple, with players required to make it around the course in the fewest shots possible, hitting their ball with their clubs to propel it on its journey. When you start looking closer, however, there are all sorts of things that make the sport far more confusing than that. The difference between Fourballs and Foursomes, for example, or how many clubs you can have in your bag.

Another way that golf can become quite complex is when it comes to the various types of tournaments that are out there. Even the Majors, of which there are four, come in different formats. The Masters, as an example, has a different way of playing when compared to the British Open, mostly in terms of which golfers can take part in the competition. It can appear to be a mystifying world filled with complications and a language all of its own, so we’ll explain one part of it on this page.

There are numerous different types of gold tournament, with the main ones being Opens, Invitationals, the Masters, ProAms and the Ryder Cup. There are other tournament types that will fit vaguely within one of the above formats, perhaps tweaking a small thing or two to make them unique. With that in mind, it’s fair to say that this list is far from exhaustive, but it goes some way to looking at the major types of tournament you’ll be able to watch and bet on.

The clue to the format of open golf tournaments comes in the name, really. It is a tournament that is ‘open’ to any golfer, regardless of whether they’re a professional, amateur or even a beginner. Just because they’re theoretically ‘open’, though, doesn’t mean that any given person can expect to play in the main event. Instead, the biggest ones have qualifying rounds that are used to whittle down the numbers and separate the wheat from the chaff.

Numerous sports have ‘open’ tournaments, so it’s not something that is limited to golf. The first time that the term ‘open’ was used in relation to golf was in 1861 when Scotland’s Prestwick Golf Club opened its medal competition to amateurs, having been limited to professionals the year before. That was the birth of what became known as the Open Championship, which is occasionally referred to either as the British Open or just the Open.

The US Open followed suit in 1895, with competitions ever since the British Open’s launch having to decide whether to be ‘open’ or ‘closed’ in nature. The British Open is the quintessential example of what an ‘open’ tournament is in practice, given that everyone is theoretically allowed to enter but in reality it’s a competition that is a professional tournament that a small number of top amateurs take part in. It is a stroke play event.

The one thing about golf tournaments that you have to give organisers credit for is that the name of them often gives you most of the important information. That is certainly the case with Invitationals, which, as you might have guessed, requite the competing players to be invited to take part. There are occasions on which players essentially have to be issued an invitation to play because they have met certain pre-selected criteria.

The US Masters is actually a type of Invitational tournament, given that golfers need to meet certain criteria in order to be issued an invitation to take part. The means that there is no way that a player can play their way into the competition, no matter how good they are, unless they meet the pre-agreed criteria set out by tournament organisers well in advance. It’s why it is essentially a competition that is limited to the very best golfers in the world.

When it comes to the sort of criteria that players need to meet in order to be able to take part in the likes of the Masters, these are things such as a maximum handicap and entry fees. In 2021, the qualifying criteria were as follows:

There’s obviously likely to be some overlap between the various criteria, but that is how golfers can qualify to take part in a given year’s Masters. Other Invitationals, such as the aforementioned PGA Championship, will have their own criteria and may allow different types of golfers to qualify depending on said criteria.

The world of ProAm golf is an interesting one. On the one hand, the professional golfers and the amateurs that they play alongside will usually have a good degree of fun when taking part in the tournament, usually laughing and joking with the crowd. On the other hand, they are used to raise money for various charities and therefore there tends to be a lot of money involved. For this reason, it is an interesting balance of jokey and serious when it’s time to tee-off.

Sometimes there is a waiting list to take part in such tournaments, with the AT&T Pebble Beach National ProAm being a good example. For many, though, there isn’t a waiting list and it’s actually quite easy to sign up to play in them. The problem isn’t in being able to sign up but in being able to afford to do so, given that it costs a lot of money to do so. In 2007, for example, most ProAms cost around $4,000 to take part in.

This had increased to $25,000 for the 2011 AT&T at Pebble Beach, which reflects the sort of money that people have to spend in order to take part. It’s not uncommon for one professional to play alongside four amateurs in a five some, using the best-ball format. Other events will use a scramble format, meaning that teams take the best drive, best second shot etc until the ball has been putted into the hole.

Whilst ProAm tournaments are used to raise money for various charities, they are also a good money-maker for the PGA in America and the Royal & Ancient in the United Kingdom. When you think about it, 208 amateurs paying £5,000 each to take part in an event will raise more than £1 million, which explains why they’re quite a common thing for professional bodies to put on. The more money raised, the more can be donated to charity as a result.

The Ryder Cup is a golf tournament that pitches European golfers against their American counterparts. Unlike the vast majority of other competitions in the sport, this one involves teams. The Americans have a set of golfers and so does the European team, with each having a captain that decides who will play when. Most of the time in the modern era, the captains are non-playing. This means that they can dedicate their time to deciding on how they’ll play their teams.

The qualifying criteria is different for each nationality. In the US, the players earn points and the six players with the most points from various tournaments are then invited to be part of the team. The remaining six players are ‘Captain’s Selections’, meaning that their Captain will decide the players that will make up the rest of their side. In Europe, the top four players come from the European Points List, five from the World Points List and then there are three captain’s selections.

Once the event gets underway, the competition itself is made up of Fourballs in the morning. This involves all four golfers, two from each team, playing a ball each. The lowest score from each team is counted on every hole, with the team with the best score claiming the hole. If two players from each team have the same low score then the hole is halved. At the end of the 18 holes, the team that won the most holes claims a point to the overall standings.

The afternoons are taken up by Foursomes, in which each of the two-man teams plays one ball, with the players taking alternate shots. At the end of each hole, the team that has completed it in the fewest shots wins the hole, or it is halved if both teams have completed it in the same number of shots. The overall winning team at the end of the eighteen holes adds a point to their team’s tally, or half a point if both teams have won the same number of holes.

The final day of the Ryder Cup is taken up with singles matches, where players go head-to-head with someone from the opposite team. Again, points are won for winning holes or half points are awarded in cases where both players have taken the same number of shots to complete the hole. The golfer that has won the most holes at the end of the round wins a point for either Europe or the USA, adding to the total tally.

The Role of the Captain

The job of the captain throughout the Ryder Cup is to decide which players to play together and what position to play them in throughout the day. This can sometimes lead to a really strong pairing from one team going up against a weak pairing from another team. At the end of the three days of golf, the team that has the most points overall wins. If they finish on the same number of points then the previous outright winner of the Ryder Cup retains it.

Whilst the Ryder Cup is a special and specific contest, it is something of a basis for any team-based golf tournaments and is therefore worthy of a mention on this list. Other team-based competitions will operate in a similar way, though they will have their own quirks and rules. If you have never watched much golf before then the Ryder Cup is an excellent place to start, offering thrills and moments of sheer excitement throughout.

Previous Post: « Full Tilt Poker Is Closing Down For Good
Next Post: Could We See the End of VIP Schemes & Loyalty Points in the UK? »