In terms of casinos that are so well-known as to become almost a household name, few can get close to the Ritz Club. Though it only opened its doors in London in 1998, the casino hosted famous names such as Bill Clinton, Johnny Depp and Al Pacino as it became one of the hottest places to be seen. It closed its doors for the final time in March of 2020, bidding goodbye to some infamous stories.

Part of the Ritz Hotel, which is considered to be world famous, it was owned by Sir Frederick and Sir David Barclay. An associate of theirs, former Qatari Prime Minister Sheikh Hamad Bin-Jaber al-Thani, was close to buying it from them, but the casino licence was sold to Hard Rock International, meaning that the casino at the hotel was no more. Given it hadn’t turned a net win since 2016, perhaps its closure is not all that surprising.

The Early Days of the Ritz Club

The space in which the Ritz Club’s casino operated had hosted a casino since the turn of the 20th century, though during the Second World War it was used as a nightclub called La Popote. The interior back then reflected a combat dugout, up to and including sandbags being strewn about the place. It came under the ownership of the Ritz Hotel in 1988, with the old casino returning ten years later.

Upon becoming the Ritz Club, a race at Royal Ascot became he Ritz Club Trophy Stakes. As a result, the Queen Mother would present the Waterford Crystal Trophy to the winner of the race. It soon earned a name for itself as the place to be seen in London for the rich and famous, with Dame Shirley Bassey choosing to launch her first album in 20 years, The Performance, from the venue in 2009.

How Its Name Became So Well-Known

The fact that the Ritz is one of the most famous hotels in London certainly didn’t hurt the Ritz Club’s attempts to become a well-known casino. Actors, such as Johnny Depp and Al Pacino, would be seen on the gambling floor when they were staying in the hotel, whilst President Bill Clinton was also photographed enjoying a flutter or two during a stay in the English capital. Little surprise, then, that people soon began flocking there.

Even in more recent times the likes of actress Sophie Turner, as well as musician, Nick Jonas, and his actress partner, Priyanka Chopra, were photographed leaving the casino. When the news of the casino’s closure became known, one member said, “There is no other casino in the UK that is as prestigious and respected as the Ritz and we don’t have anywhere else for us to take our gambling now.”

It made headlines for all the wrong reasons in 2004 when it was revealed that two men and a woman had used computer technology, as well as a laser scanner, to accurately predict where the ball would land on the roulette table. Two Serbian men and a Hungarian woman walked out with £300,000 in cash and a check for the balance of £1.3 million, with the casino calling the police after they’d reviewed the security footage.

In their own publicity material at the time of the con, the Ritz said that roulette was the ‘queen of casino games’ and that it was ‘ideally suited to system players’. Presumably they we

re thinking about people who would double their stake every time until they won, as opposed to those that would use a laser to pinpoint where on the wheel the ball was likely to land and then place their bets accordingly.

The Barclay Brothers Tried to Rescue It

It’s worth pointing out that the Barclay brothers, who were worth billions of pounds at the time, injected £8 million into the casino at the start of 2020. The twins were openly looking for a buyer for the hotel, meaning that they had to find a way to stop the casino from being such a loss-maker. Offers for the hotel were rumoured to be in the region of £800 million, valuing each room at about £6.1 million.

Having got the sale progress underway, it was felt that the casino, which hadn’t made a net win for nearly four years, needed an £8 million investment to increase its appeal. The investment was designed to cover trading losses, with the Ritz Club having posted pre-tax losses of £8.9 million over the year to the end of December 2018. They had also invested £10 million the previous year, when it had lost £11.3 million.

Having bought the Ritz for £75 million in 1995, the Barclay brothers, who also own the Telegraph newspaper and are worth around £8 billion, were likely to turn huge net win regardless of the problems with the casino. An increase in gambling regulation and a drop in the amount of wealthy gamblers from the Far East who attended the venue were part of the reason why it was a failing enterprise. 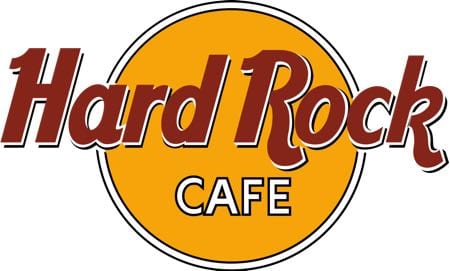 The Ritz Club closed its doors for the final time in March 2020, with the official announcement about its permanent closure coming three months later. That meant that there was a casino licence up for grabs, given the manner in which the United Kingdom Gambling Commission effectively operates a one-in, one-out policy. This is due to the fact that there are only a limited number of licences in use at any one time.

Hard Rock International, which is owned by the Seminole Tribe in Florida, was keen to add to the locations in which it already had casinos. It already had a casino in Las Vegas as well as one in Cincinnati, with international venues in the likes of Japan also planned. By buying the casino licence from the Ritz Club, Hard Rock gave itself the possibility of opening up a casino in England’s capital city in the future.

What Would Become of the Space

Even as they were buying the casino licence, Hard Rock International made clear that the wouldn’t be using the space in which the Ritz Club’s casino had been based. The purchase was of the licence and therefore the right to operate a casino, rather than the venue in which the former casino operated. It was planned as the return to their roots for Hard Rock, with Peter Morton and Isaac Tigrett establishing the first Hard Rock Café there in 1971.

The closure of the casino meant that the space that it occupied, which was once the Ritz’s ballroom, could be used for something else. Given the hotel already boasted rooms that could host weddings, as well as others for afternoon tea and a Michelin starred restaurant, it was difficult to see what the former ballroom would be used for. That being said, anything would be better than a casino that lost £18 million across two years.

One part of the casino’s closure that didn’t gain a huge heap of publicity was the fact that bettors were owed a combined figure of £781,585. The amount was released as part of a Freedom of Information request, whilst another figure of £409,551 was also owed across two tables. A Three Card Poker table had reportedly taken £184,885, whilst a blackjack table had taken £224,666.

The money were part of two progressive jackpots, meaning that they were subject to terms and conditions as well as a number of legal obligations, with players building up funds. The Gambling Commission confirmed that the total amount owed at the time of the FOI request was £781,585, whilst Private Eye confirmed that no action was being taken over the progressive funds that hadn’t been paid out.

Because the casino was run with Personal Management Licences in place, the people that were owed the money were entitled to seek legal compensation from specific people if they felt that the operator had breeched their contractual obligations. The Gambling Commission also pointed out that customers wishing to pursue legal ramifications of withheld money should do so if they felt the casino had breached its own terms and conditions.

Does the Ritz Club Live On?

The Ritz Club was an elite casino, open only to members. Anyone staying at the hotel was able to gamble during their stay, but otherwise, only those that had gained membership were able to stay there. The likes of American roulette, baccarat and roulette were the focus of the gaming floor, with no slot machines being present at the venue. Those that wished even further seclusion could opt to play in one of the Salles Privées.

The loss of the venue from the London gambling scene will be keenly felt by those that enjoyed the exclusively that it offered, but the question is one of whether it will live on in what is offered by Hard Rock. By acquiring the licence of the Ritz Club’s casino, Hard Rock International have effectively taken on the baton of one of London’s most famous betting parlours. It’s fair to say, though, that Hard Rock’s style is more than a little different.

Hard Rock Will Put a New Spin on the “Ritz Club”

Hard Rock is one of the world’s most recognisable brands, putting brashness and ‘rockability’ at the forefront of what they do. As a result, it’s unlikely to be the case that those that used to attend the Ritz Club for their gambling needs will necessarily feel as though the Hard Rock Casino in London offers the sort of venue that they’ll feel all that comfortable in moving forward.

That being said, Hard Rock International prides itself on the kind of experience that it offers to guests, whether they be staying in one of their hotels, eating in the café or turning up to have a flutter in one of their casinos. Consequently, it wouldn’t be beyond the realms of the possible for the casino to appeal to the clientele that turned up at the Ritz Club by offering high roller rooms and private salons for their gambling needs.

The Chairman of Hard Rock International said as much, stating, “We look forward to expanding our brand offerings within London and bringing our award-winning hospitality, gaming and entertainment to the birthplace of Hard Rock.” The presence of the brand in the English capital, thanks to three Hard Rock Cafés and the hotel, as well as its casino operations in other cities did mean that a Hard Rock Casino felt like the inevitable next step for the brand when it came to its London operation.

The purchase of the Ritz Club’s casino licence, which all but guarantees that the casino will not return to the hotel in the future, comes as Hard Rock International teamed up with the former Chief Executive of Stars Group, Rafi Ashkenazi. The new venture is aimed at promoting an online operation of the Hard Rock Hotel brand, with such a thing already in operation in the New Jersey area of the United States of America.

Previous Post: « Do Olympic Athletes Get Paid?
Next Post: How Tall Are Jockeys & How Much Do They Weigh? »