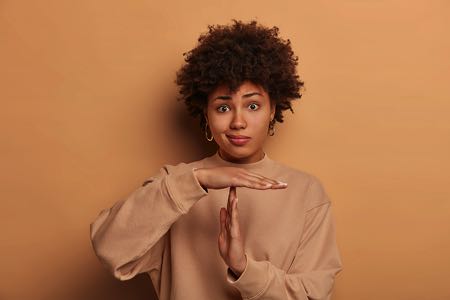 Anyone that has used a slot machine at an online casino in the United Kingdom might have been greeted by a message saying ‘You’re spinning too fast’, or something similar. That is because the UK has introduced a rule that says that there needs to be a limit of speed of play on games that can be played by punters, helping to limit the amount of money that can be lost in a short period of time. Indeed, it could have been a longer period of time, had some of the respondents to the UKGC’s survey on the matter had their way.

In the end, however, the United Kingdom Gambling Commission decided that 2.5 seconds was a long enough gap to mean that players could think about their actions. It was part of a raft of changes introduced in 2021, signalling the first change to gambling rules for online companies since the Gambling Act of four years earlier. The 2.5 seconds marker was one that was accepted by the Betting & Gaming Council, which represents betting shops, as well as online casinos and bingo operators, but not the National Lottery.

A Series of Curbs Were Introduced

The United Kingdom Gambling Commission decided to look at the manner in which online operators made money and to investigate whether or not there were any curbs that could be introduced in order to limit the amount of money lost by players. Things, such as the ability to reverse withdrawals, were seen as detrimental to players, given that it allowed people to change their mind about collecting winnings and therefore potentially lose it instead. It was also put forward that operators would have to display the amount of money lost and time spent on a gambling session.

All of these curbs are perhaps not massive on their own, but as a collective they make a difference for the average player. The Sports Minister at the time, Nigel Huddleston, said that it was hoped that the steps would ‘help to curb’ the intensity that some punters felt when playing online games, as well as to introduce ‘greater protections’ that would hopefully end up reducing the risk of gambling related harm. Overall, the hope was that the UKGC could introduce reviews to the gambling laws that would make them more suitable for the ‘digital age’. 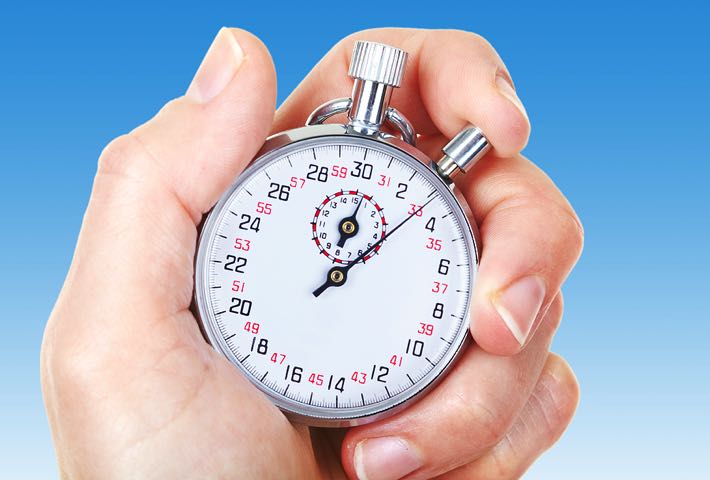 One thing that it was decided should be looked at was slot machines, given that online slots provided the industry with more than £2 billion in revenue every year. As a result, it was suggested that online operators would do well to dilute the intensity of games and to remove misleading features. An example of the latter was the manner in which slot games played positive-sounding noises even when a player had lost money, meaning that punters were deceived into thinking that they were winning when they were losing.

This act of ‘losses disguised as wins’ was believed to entice players into betting more, which was seen as misleading. Equally, players were tricked into believing that they had control over the outcome of certain slot games when, in actual fact, the outcome of any given game was decided by a Random Number Generator. This practice was also curtailed as part of the UKGC’s review, with the Chief Executive of the organisation, Neil McArthur, saying, “The evidence shows that these features increase the risk of harm to customers.” 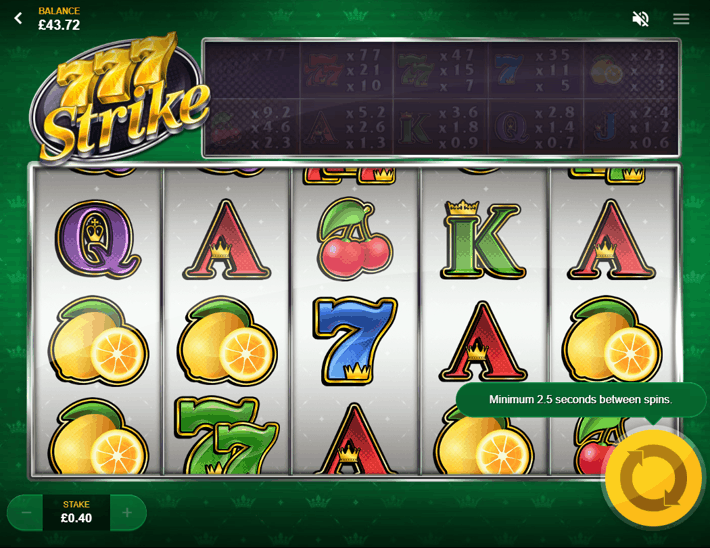 One of the biggest changes that was introduced to slot machines in 2021 was the time limit put in place on spins. A gap of at least 2.5 seconds had to be put in place between spins, with companies also asked to remove the ‘auto-play’ feature that some slots allowed customers to select. The belief was that this removed the attention that bettors needed to have on their games, meaning that they could lose money without realising how much. The only way to stop this, it was felt, was by making players press a start button for each spin.

The other big thought about limiting how much money people spent on slot machines was based around the idea of slowing down their play, hence the 2.5 second gap. When asked for responses about their thoughts on the matter, the Gambling Commission discovered that 65% of respondents agreed with the idea of introducing a minimum spin time. Having that time limit imposed on online slots would mean that they mirrored B3 gaming machines in the retail sector, ensuring parity between them and allowing for a baseline to be introduced. 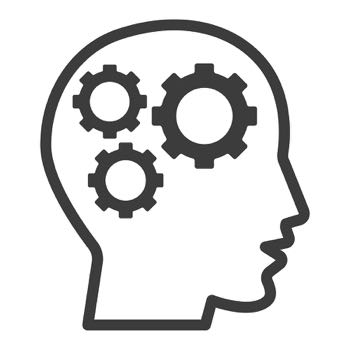 There were some that felt that 2.5 seconds wasn’t long enough a period of time between spins, including some people in the world of academia. It was pointed out that 2.5 seconds was an insufficient period of time for the ‘emotional and psychological arousal’ that comes with previous bets to have dissipated. It was suggested that three or even five seconds would be more appropriate periods of time to ensure that the player had really thought about whether or not they actually wanted to keep playing before spinning again.

For some operators, the idea of introducing a tiered system made sense. As the stake amount increased, the period of time that a player would be asked to wait before being able to play again would also increase. This tied-in with the notion that some consumers suggested that players would simply increase their stake size in order to get around the idea of having to wait for a period of time before being able to play. It was also felt by many that longer waiting periods between spins would simply result in people playing longer sessions.

The Rules Are Now In-Play

The new rules were established by the Gambling Commission, with the feeling around the amount of time between spins being that it was sufficient alongside the other measures that were introduced at the same time. It was decided that the new rules would come into play on the 31st of October 2021, with the announcement made in February of that same year. That was, it was felt, sufficient time for companies to adjust their games. It was also felt that a player having to commit to play each game was better for them.

The result of this is that any attempt to play slots online in the United Kingdom will have all of these changes already in place. You do not have to consciously do anything when it comes to playing slots, given that all of the alterations to the way that they work will happen automatically. Even so, it is worth bearing it in mind if it has been a while since you’ve played the slots or you never have before. It will stop you from being frustrated that you have to wait for so long between spins and can no longer ask the casino to ‘Auto-Spin’ for you.

What Do Other Countries Do?

It is entirely reasonable that people would be caught up in what the rules are in their own country. After all, if you never plan to travel to Spain, Germany or France in order to play online slots then it is entirely irrelevant to you what the rules are there. That being said, it is always helpful to look at what is happening in other countries in order to get a sense of whether the United Kingdom is behind the times, keeping up with the trends or setting the path that gambling commissions in other countries will soon follow. 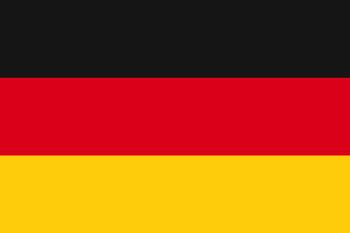 It is, for example, worth considering the approach to things in Germany. Whilst the regulation in Germany is decentralised and the various regional authorities make the decisions about gambling rules, the overall approach there differs vastly to the approach taken in the UK. For starters, online gambling was completely banned apart from in the northern state of Schleswig-Holstein. Things began to change on this front in 2021, when the new Interstate Treaty on Gambling came into effect and allowed for online gambling.

For the Germans, the rules on slots are much stricter than in the UK. To begin with, slots are limited to a €1 per spin cap on the stake, whilst multiplay has also been banned. More interestingly, at least as far as we’re concerned in this piece, is the fact that there is a minimum time of five seconds between each spin. This is part of the country’s desire to have ‘player protection controls’ in place on all of the games that people can play and, potentially at least, lose money on when it comes to playing slots and similar games at online casinos. 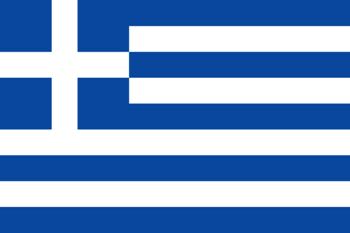 In 2020, The European country of Greece chose to introduce several different curbs to the influence of slots on players. Online games that were decided according to a Random Number Generator, which slots are very much a part of, had a three-second spin limit imposed on them. On top of that, such games can’t be advertised outside of an operator’s website, which limited the appeal of them to those that weren’t already playing casino games online. Online slots also had a maximum stake of €2 imposed upon them.

The initial hope of critics of gambling in Greece was the such games would be banned altogether. When the operators threatened to challenge the law in that format, however, the provision was removed and the new version of the bill made it through Greece’s Parliament in 2019. This was then sent to the European Commission for approval, with games facing a prize limit of €70,000. It is a sign that the rules and regulations in place in European countries seems to be much tougher than those in place on UK companies.

Does It Make a Difference?

The most obvious question to ask is about whether or not introducing time limits on slot games actually makes a difference. Given that the Gambling Commission stopped short of imposing stake limits for online games, as many other European countries have done, it is certainly true that punters could simply increase the amount of money that they chose to bet or bet for longer in order to get around the UKGC’s rules. Of course, this would depend on people being desperate to gamble a certain amount of money, which most aren’t.

Certainly the Chief Executive of the Gambling Commission, Neil McArthur, believes that ‘the evidence shows that these features increase the risk of harm to customers’. Regardless of the facts on the matter, the very notion of being able to place fewer bets during an online gambling session certainly feels as though it would be less problematic for bettors. Slowing down the number of times that a person can potentially lose money can only be a good thing for the punters, even if not for the casino operators.