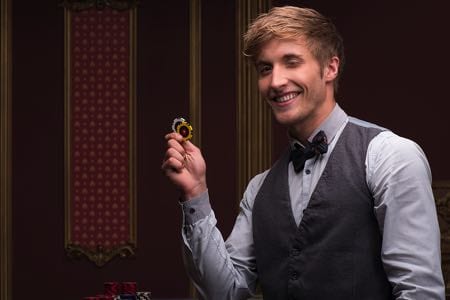 If you’ve read anything about how casinos work then you’ll undoubtedly have read the phrase ‘House Edge’. Just because you’ve read it or heard someone use the phrase, though, it doesn’t necessarily stand to reason that you know what it means. The easiest way to think about it is that the House Edge is the thing that means that the saying ‘the House always wins’ is true. In essence, it is the in-built advantage that sees a casino come out on top in the long-run.

Even knowing what a House Edge is doesn’t necessarily mean that you understand why having that information is useful. Playing Basic Strategy in Blackjack, for example, will allow you to reduce the House Edge and therefore increase the chance that you’ll be able to get a net win. It might not seem like the most vital piece of information when it comes to taking on the casinos, but knowing how they always win will reduce the chance that you’re the one they’re beating. 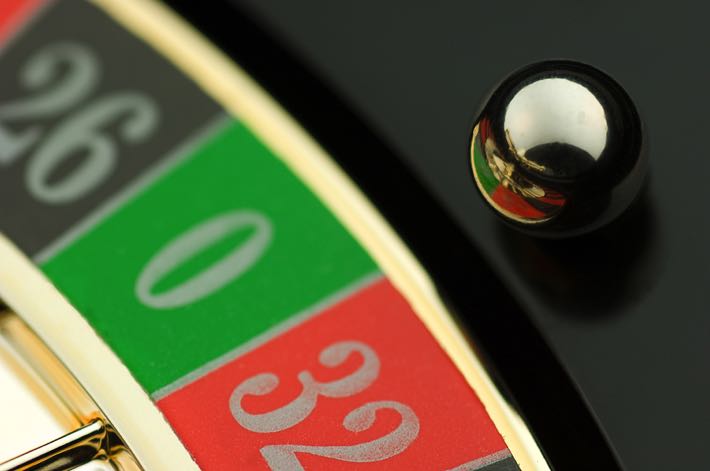 In simple terms, the House Edge is the mathematical advantage that is given to the casino to ensure that they are always on top. With electronic slot games, for example, there is a Return to Player amount, which is the percentage of money wagered that will be paid back to the player. Let’s say that that sits at 97%, that means that the House Edge for that game is 3%. In other words, over a long amount of time each machine will make 3% net win from all money put into it.

The key thing is that we’re talking about certain amount of time, with the House Edge applying to all players. The fact that you’ve won £100 on the roulette means that other players will have lost in excess of that amount, ensuring that the casino will be up in the long-run. You will likely be able to secure a net win, but only because other people are making a loss that outweighs the amount that you’ve managed to win. That’s the way the whole thing works.

The purpose of a House Edge is to allow the venue that you’re betting in to pay its rent, pay staff and come out on top for the owners. What the House Edge is will differ from game to game, sometimes even being different depending on how the players are approaching the game. To use the example of blackjack, a player sitting down at the table with no real strategy will be up against a House Edge of around 2%, give or take.

Someone else at the same blackjack table could be employing Basic Strategy and reducing their House Edge to 0.5%. Obviously both players will lose money in the long-run, but one of them will lose more than the other. Knowing the House Edge exists allows you to minimise its impact, as the person playing Basic Strategy attempts to do. Every single game you can play in a casino has a House Edge, with some being higher than others.

How It’s Incorporated into Games

Each game has its own Edge, which is incorporated into the play almost seamlessly. In reality, the House Edge works because a casino pays less than true odds for every game that they allow people to play. The most obvious example that is easy to explain is the presence of the zero on a roulette wheel and how that shifts the odds in the House’s favour. A roulette wheel has thirty-six numbers as well as the zero, but pays out at 36/1.

The true odds of winning at a roulette wheel are 37/1, so the House immediately gets a slight advantage by pricing it at 36/1. Add in the fact that people will bet on the likes of Red or Black, first Third, Second Third or Third Third and lose those best when the ball lands on zero and you can see where the Edge comes from. You can also see how the Edge shifts even further in the House’s favour when you play on a roulette wheel with two zeros.

When it comes to something like Three Card Poker, the House Edge is built-in thanks to the odds that your hands are paid out at. What you do need to look out for, though, is the likes of Pair Plus. This side bet will theoretically see your payout shoot up if you land certain cards, but in reality merely serves to increase the casino’s House Edge by a huge amount for every hand that you play in which pay for it.

The main thing to remember is that the House Edge isn’t a secret. Casinos don’t try to trick punters into thinking that they’re not there to make money and most will be obvious about when the Edge is on each game. Your job is to try to figure out how they’ve incorporated it and if there’s anything that you can do to mitigate your losses. In Baccarat, for example, the House Edge if you’re betting on the Banker is 1.06%, but it shoots to 14.36% if you bet on the Tie. So don’t.

What the House Edge Is for Popular Games 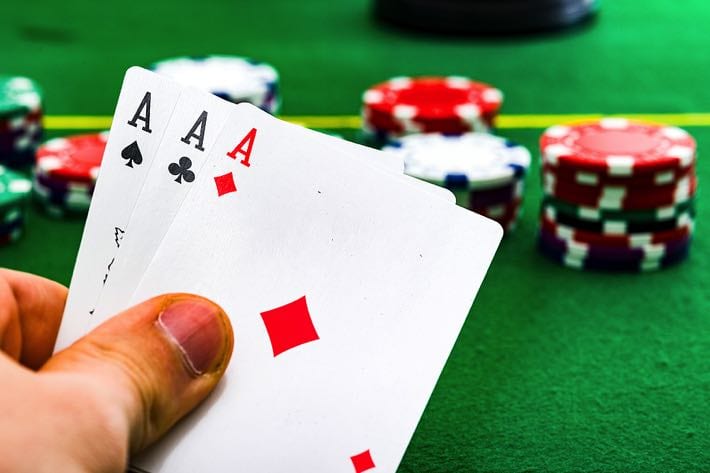 The most important thing to realise is that the House Edge is built in to the game, so there’s nothing you can do to avoid it. Indeed, all you can do as a player is attempt to reduce its impact on your playing. The key way to reduce the House Edge’s impact on your playing is by choosing games that have low House Edges. If you look at two slot games, for example, and one has an RTP of 92% and the other of 98% then make sure that you only play the latter.

Here we’ll look at the House Edge for numerous different popular games in the casino. In order to simplify things, we’re only going to look at the straight House Edge rather than what the Edge becomes if you employ things such as Basic Strategy. It’s worth noting that casinos are able to increase or decrease the House Edge by using their own rules on games, so that’s something else to look out for whenever you find yourself in a betting house.

As you can see, the second a casino starts to mess with the initial game by adding something like an extra zero to the roulette wheel, or giving you side options such as Pair Plus in three card poker, the House Edge swings even more dramatically in their favour. It’s why you can end the night up by playing sensibly and getting a little bit of luck, but the House still wins because someone else has been giving them an edge of upwards of 7% a hand. 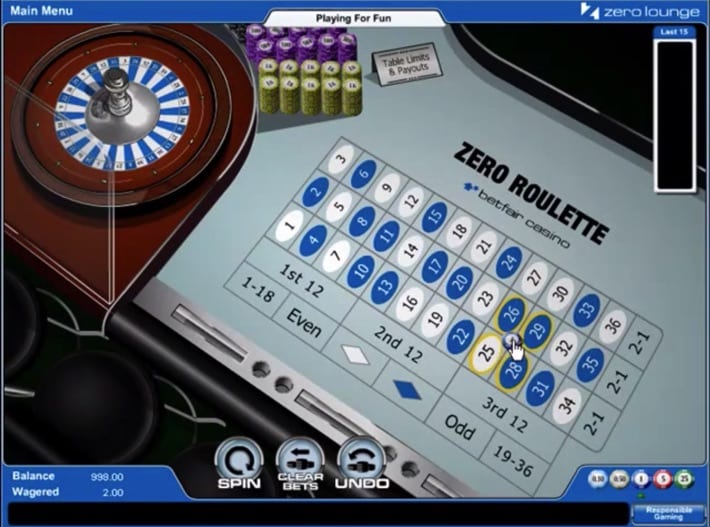 Elsewhere on this site you can read about the shirt-lived experiment that was Betfair’s Zero Lounge. The idea was that players could take part in games that had zero House Edge, with only certain games selected to be played in there. What they did offer was Zero Roulette, which worked by removing the zero from the wheel. This meant that players were given ‘true’ odds when they placed a bet, regardless of where the ball landed.

In Zero Blackjack, meanwhile, both a five-card 21 and a suited natural blackjack were paid out at 2/1, handing the Edge back to the bettor. There was also the likes of Zero Baccarat and Zero Jacks or Better. The key thing was that players had to follow Optimum Strategy for each of the games that they were playing in order to benefit from the zero House Edge, which most people fail to do. Even so, the Zero Lounge closed in 2013. 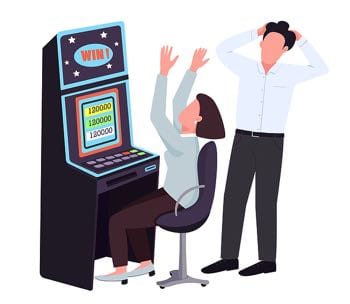 The main reason why it’s worth knowing about the House Edge is that it will stop you from falling into the trap of believing in the Gambler’s Fallacy. Sometimes referred to as the Monte Carlo Fallacy, this is the false belief that a particular thing happening in the past means that it’s less likely to happen in the future. The perfect example of this is the roulette wheel, with bettors believing that there’s less chance of red coming up if it has landed on red ten times already.

If you know that the roulette wheel has a built-in House Edge then you’ll accept that you’re going to lose some money, so you’ll be less likely to fall for the Gambler’s Fallacy. The chance of the roulette wheel showing black twenty-six times in succession, as it did in Monte Carlo in 1913, is about 1 in 66.6 million. Bettors incorrectly thought that the streak would end, losing millions of francs by betting against it happening again in the middle of the run.

The probability of each spin of the roulette wheel is independent of what happened before, which is why punters were wrong to think that at some point it would definitely stop landing on black. A certain outcome will, therefore, not definitely happen at the casino just because a different outcome has been taking place for a long period of time. Equally, a random outcome doesn’t necessarily mean that there’s been any sort of build-up to it happening.

What to Do About the House Edge

When it comes to figuring out what you should do about the House Edge, the answer is that you need to do your research. It’s entirely possible, for example, that you might be a long time blackjack player that has never heard of Basic Strategy. You might have your own way of playing the game, but if you don’t employ Basic Strategy then you’re handing the casino an Edge that is larger than it needs to be. The same is true of other games on the casino floor.

When you sit down to play Three Card Poker, for example, don’t put the additional ante in to get Pair Plus. You might well hit a pair of aces and curse the fact that you didn’t pay for it on one deal, but the money you’ll save in the long-run will outweigh the money that you could have won if you’d paid for it on every hand. In short, do not fall for the ‘feeling’ that you sometimes get that you’re going to get lucky sooner or later.

Not every game has an equivalent to Basic Strategy that you can adopt in order to reduce the House Edge. That’s why you need to be sensible when it comes to picking which games to play in the casino. Casino employees will be happy to either tell you the House Edge on a game or else point you to where you can find that information out, so make sure you do so before you sit down at a table. The House Edge already gives the casino an assured net win, so don’t make it easier for them.