Casinos are something of a tourist trap in certain places around the world. You only need to look at the popularity of Las Vegas to see why it is that so many countries decide to open up casinos in the hope of being able to encourage a tourist or two to visit. The problem is that casinos can be something of a scourge on the local environment, with many people often campaigning against their openings in the first place. One of the ways to get around this problem is to ban locals from spending time and money in casinos.

It is something that happens in several locations around the world, with each having its own reason for the banning of locals from entering a casino. The main arguments for commercial gambling is that it allow for the promotion of tourism as well as an increase in tax revenue. The building of casinos and the subsequent operation of them creates jobs. On the flip side, gambling increases addiction, violence and bankruptcy, which is why many countries choose to have casinos but stop their own citizens from using them. 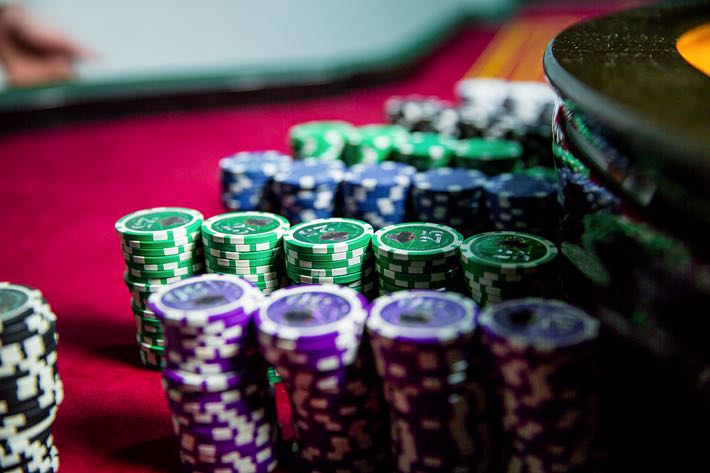 Given the fact that there are numerous different places around the world that open casinos only to ban their own citizens from spending time in them, you might well wonder why it is that they even open such venues in the first place. The answer, as is so often the case, is all about finances. In August 2022, as the world seemed to be emerging from the global health crisis that had engulfed it for more than two years, Thailand announced that it was considering legalising casinos in an effort to win back tourists to the country.

Though, at the time of writing at least, there was no question of Thailand choosing to ban locals from attending the casinos, it is worth mentioning for the reason why the country toyed with opening casinos in the first place. Having already de-criminalised cannabis in the hope that it would encourage people to return, the next thing on Thailand’s list was the legalisation of casinos and the building of some in the country’s biggest tourist hotspots. It would allow the country to offer an ‘integrated resort market’, bringing together hotels, casinos and luxury retail.

Thailand can be viewed as a microcosm of many other countries around the world, wooed by the possibility of attracting tourists to visit in order to play casinos games in a foreign country. You need only look to the likes of Las Vegas and Macau to see just how much money there is in the world of legalised gambling, after all. Vice-Chairman of a panel tasked with amending Thailand’s gambling law, Pichet Chuamuangphan, summed up why they want to do it when he said, “At least $11 billion in additional tax revenue would be collected annually once several facilities are operating.”

No Locals Are Allowed in Monte Carlo’s Casinos

If you were to think of luxury, one of the first places that many people will think of will be Monte Carlo. An administrative area of the Principality of Monaco, Monte Carlo can be found in the escarpment at the bottom of the Maritime Alps, located along the French Riviera. Along with La Condamine, it is the location for the Monaco Grand Prix, which is considered to be one of the most challenging and exciting Formula One courses anywhere in the world. When the Grand Prix comes to town, so do plenty of mega yachts lining the harbour to catch a glimpse of the action.

Little wonder, then, that Monte Carlo has a number of world-famous casinos, located in the Place du Casino in the quarter’s western end. Indeed, Monte Carlo is often considered to be a byword for ‘the reckless dispersal of wealth’. Whilst it might be known for its extravagance and the casinos on offer there, they are not somewhere where locals are allowed to visit. Of course, given that only about 3,500 people officially live in Monte Carlo and 15,000 live in the wider region, it isn’t as if the casinos are cutting off their noses to spite their faces in banning them.

There is a belief from some that the reason why locals aren’t allowed in the casinos of Monte Carlo is historic in nature. In the mid-19th century, the ruling family of Monaco, the House of Grimaldi, faced bankruptcy. There was a real fear that the family would lose its grip on the state, until Princess Caroline decided to try to persuade Francois Blanc to move his Bad Homburg Casino from Germany to Monaco. Though he obviously didn’t move his actual casino, he did agree to run the Casino de Monte Carlo for Princess Caroline.

Caroline realised that a casino would bring in money for the principality, but didn’t want that money going straight back out again. As a result, she chose to ban locals from gambling in the casino for ‘moral reasons’. The state needed the Francs to remain within its economy, so the Princess’ aim was to attract tourists and take their money from them. Those laws that were put in place at the time have remained the case ever since, with passports checked at the casino entrance to ensure that no Monegasques are attempting to get inside to gamble.

As far back as 2012, there was a plan to ban Goans from being able to enter casinos in the state. In January of 2020, that plan took a further step towards reality when the Chief Minister, Pramod Sawant, announced a ban on what was referred to as ‘original Goans’ from entering casinos. The hope was that banning locals would ‘reduce the burden of gambling on the local populace’, with even opposition legislators in favour of the move. It is proof that it isn’t just ancient laws that prohibit local people from placing bets in casinos on their doorsteps.

Goa boasts six offshore casinos that are operated from boats anchored in the River Mandovi, with eight other casinos located within some of the five-star hotels, receiving around 1,000 visitors per day. The industry is a relatively young one in the country, having only begun in 1999, but brings in money thanks to licence fees and taxes. Interestingly, there is a sense that the ban was fixing a problem that didn’t exist, with just 1.1% of Goans responding to a survey about gambling saying that they had visited a casino in the previous year.

Cambodia is a popular destination for tourists, with the likes of the Killing Fields attracting thousands of people to the country every year. Thought it is not somewhere you would immediately think of as being a gambling Mecca, there were 75 casinos in the country by October of 2015. Surprisingly, given the number of venues that operate in the country, locals are banned from entering such venues by the 1996 Law on Suppression of Gambling. As a result, the casinos are aimed specifically and wholly at visiting tourists.

The ban on gambling for Cambodians extends to online casinos, with citizens instead being limited in their gambling to government sponsored things, such as national lotteries. For a time, it was permitted for Cambodians to play slot machines in the casinos, but these were also banned in 2009 after a number of violent incidents related to gambling debts. The casinos earn about $2 billion a year, with around $29 million of this going to the government. Problematically, gambling is linked to masculinity and therefore illegal gambling is rife in the country.

The Mixed Messages of South Korea

If you were a citizen of South Korea, you’d be permitted for feeling somewhat confused by the country’s gambling laws. Gambling as an activity is considered taboo in the country, with most forms of gambling banned by articles 246 and 247 of the Criminal Act. Exceptions are made for national lotteries, as well as betting on horse races, meaning that the 17 casinos in South Korea are aimed squarely at the country’s tourists. There is one exception to this, however, which comes in the form of the Kangwon Land Casino.

Located in a mining town on the outskirts of Seoul, locals are protected from gambling bans here by the Special Act on the Assistance to Development of Abandoned Mines. To add further confusion to the matter, South Koreans are also banned from gambling in casinos when abroad, meaning that the country has strict laws on casino gambling but you can get around them if you visit the one casino that is open to locals. It is no wonder, therefore, that South Korean citizens feel a strange sense of confusion when it comes to placing bets.

North Korea Casinos for Tourists Only

If we’re totally honest, there isn’t a huge number of people desperate to head to North Korea in order to enjoy the tourism hotspots. Just as there are people heading to Cambodia in order to visit the killing fields, though, there are a small number of people who think that popping in to the land of Kim Jong-un would be a good laugh. What you might be surprised to learn is that there are a couple of casinos in North Korea.

As with South Korea, gambling in North Korea is strictly limited to tourists. The casinos can be found in Pyongyang and Rason, with the Imperial Hotel & Casino being the more luxurious of the two, where you need to pay a minimum of €500 to enter, which you get returned to you in the form of casino chips. Sadly, you won’t be able to get to know any locals at the tables, given that they are banned from taking part in gambling activities in casinos and only people that have turned up as part of a tour are allowed to bet.

Gambling was illegal in Vietnam for centuries, which merely led its citizens to engage in illegal gambling. Attempting to crack down on this practice, the country’s government slowly began to legalise certain aspects of gambling during the latter part of the 20th century. In 2017, for example, local games of chance were legalised. Before that, the eight casinos located in Vietnam were only open to foreign passport holders. When the global health crisis hit, however, a decision was taken to allow Vietnamese citizens to gamble at selected casinos.

Those from the country could bet at the Phu Quoc casino on the southern island and the Van Don casino in the Quang Ninh province. Even then, there are tight restrictions on who is allowed to gamble. Those wishing to do so must earn a minimum of around £400 per month, be over the age of 21, have no criminal record and have no objections from their family. Despite casino operators asking the government to expand the access to casinos for Vietnamese citizens, the limits remain in place at the time of writing.

Previous Post: « Can You Talk About a Poker Hand Whilst Playing?